Orange and White thing in my new house plant soil 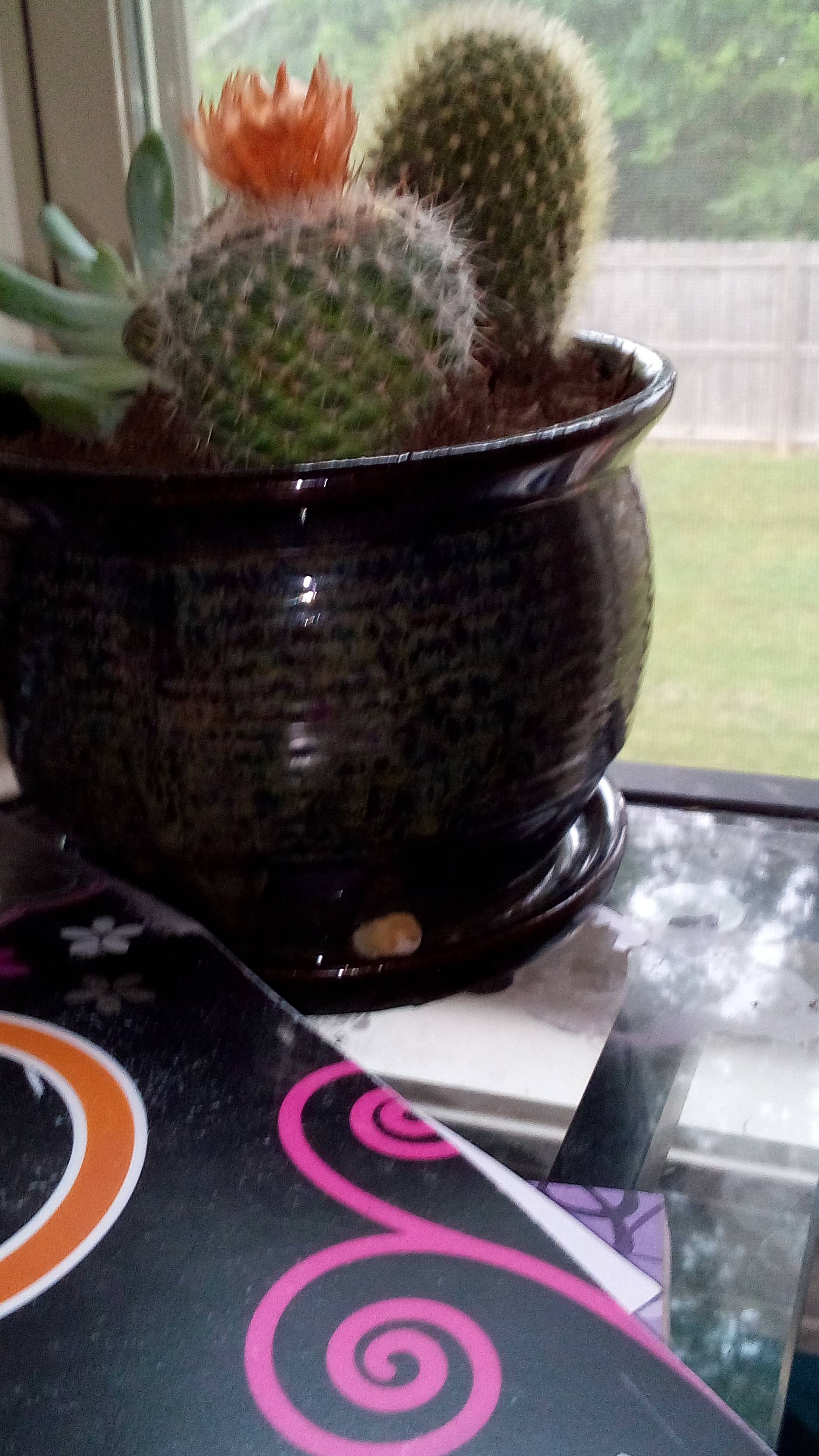 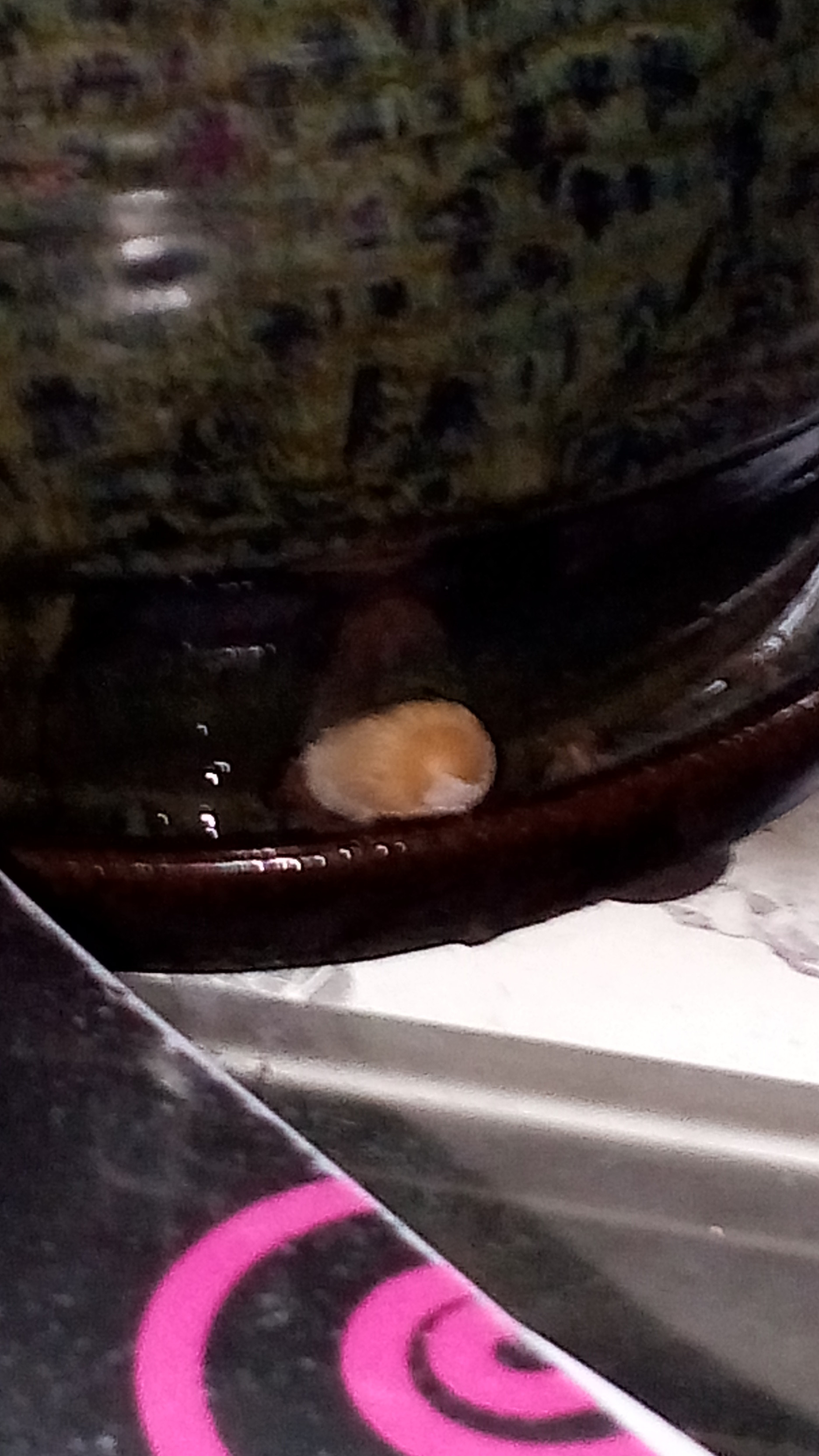 I got these new plants from Walmart just a week ago ( Monday ) and I did some research saying to water them once a week so I waited until Wednesday to water them. The research told me to water until water came out of the little hole at the bottom which I did. I think I should have cleaned the water that came out of the hole but I didn't. No where did it say to do that and by the design of this pot I thought it would just go back into the soil. Now it's a Monday after I got these plants and I just noticed this thing growing from the little hole where water should come out. I have no idea what this is or if this is hurting my new plants and I am very scarred right now. I touched it and it was very wet and slimy before I washed my hands. Could someone please tell me why this happened and how to get rid of it please? This is my first time taking care of cactus and a succulent so this is very distressing for me. Thank you for reading this and helping me out if you do.

Edit: Thank you all for the tips with watering my new plants and the growth turned out to be a mushroom that I believe was already in the soil when I got it. I think I was freaking out so much is because that side of the plot was facing away from the window and for some reason I thought it was a pebble. I wasn't able to take a picture of it but I found a photo online that looks similar to the one in the pot. Again thank you all for the tips with taking care of my new plants. :) 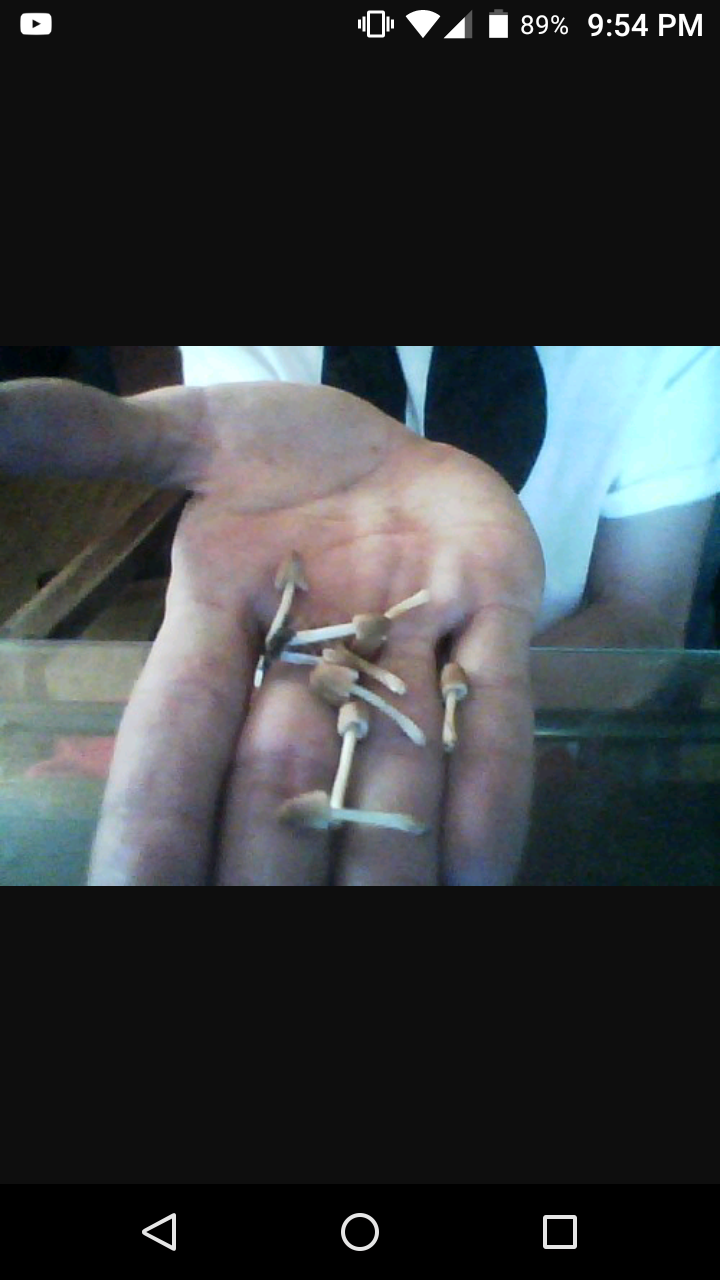 Well it looks like a fruiting body from a fungus, but not one I recognise. First, let's just clarify, when you water a houseplant, you should always empty out the tray beneath after 30 minutes, so that the base of the pot is not left sitting in water. You should only water when the surface of the compost feels dry to the touch, but not so dry its shrunken from the sides of the pot. Watering well when you do water is a good thing, but you will need to reduce the amount of water you give in winter, watering only sparingly.

I suggest you put on some rubber gloves, pick up the pot, break off the growth, and if you can bear to, lay it on some kitchen paper and take another photograph - I'd like to have a look at the entire thing, just to try to identify it, but otherwise, just bin it. Ensure the drainage holes in the pot are not blocked. Fungal spores are everywhere, including in the air you breathe - the soil in the pot obviously has some fungal mycelium present, and I imagine this is a fruiting body from that, but to be honest, I've never seen one like that before. You should not worry though, its a perfectly natural phenomenon, if a little unusual. If you repotted the cactus into your own pot with extra soil, its possible the mycelium was present in the soil you used.

Not the answer you're looking for? Browse other questions tagged indoors containers succulents cactus or ask your own question.

5
Why is my Peace lily dying?
4
Taking Care of my Orchid
3
I need advice about a Dipladenia (related to Mandevilla)
2
What are these tiny white bugs on my houseplants and succulents?
6
Why does my Mathilda hydrangea have an old green flower and a new purple one on the same stem?
7
White and brown spots on cacti
6
Plants not growing well in containers despite taking all the measures that I could read about
4
How should I take care of this succulent?
4
What is this house plant (looks a bit like rocket salad, but succulent)?
2
Mystery House Plant (Succulent) is sick?