A friend transplanted an acer (about six feet tall, I guess a Palmatum) a year or two ago. Most of the branches now seem dead, but there is one, growing out sideways, with vigorous leaf growth. I have suggested pruning out all the dead wood but its owners are concerned that this would result in a tree growing in the shape of an inverted L.

What would be recommended to (a) salvage the tree/promote healthy growth and (b) encourage a conventional shape (eventually)? 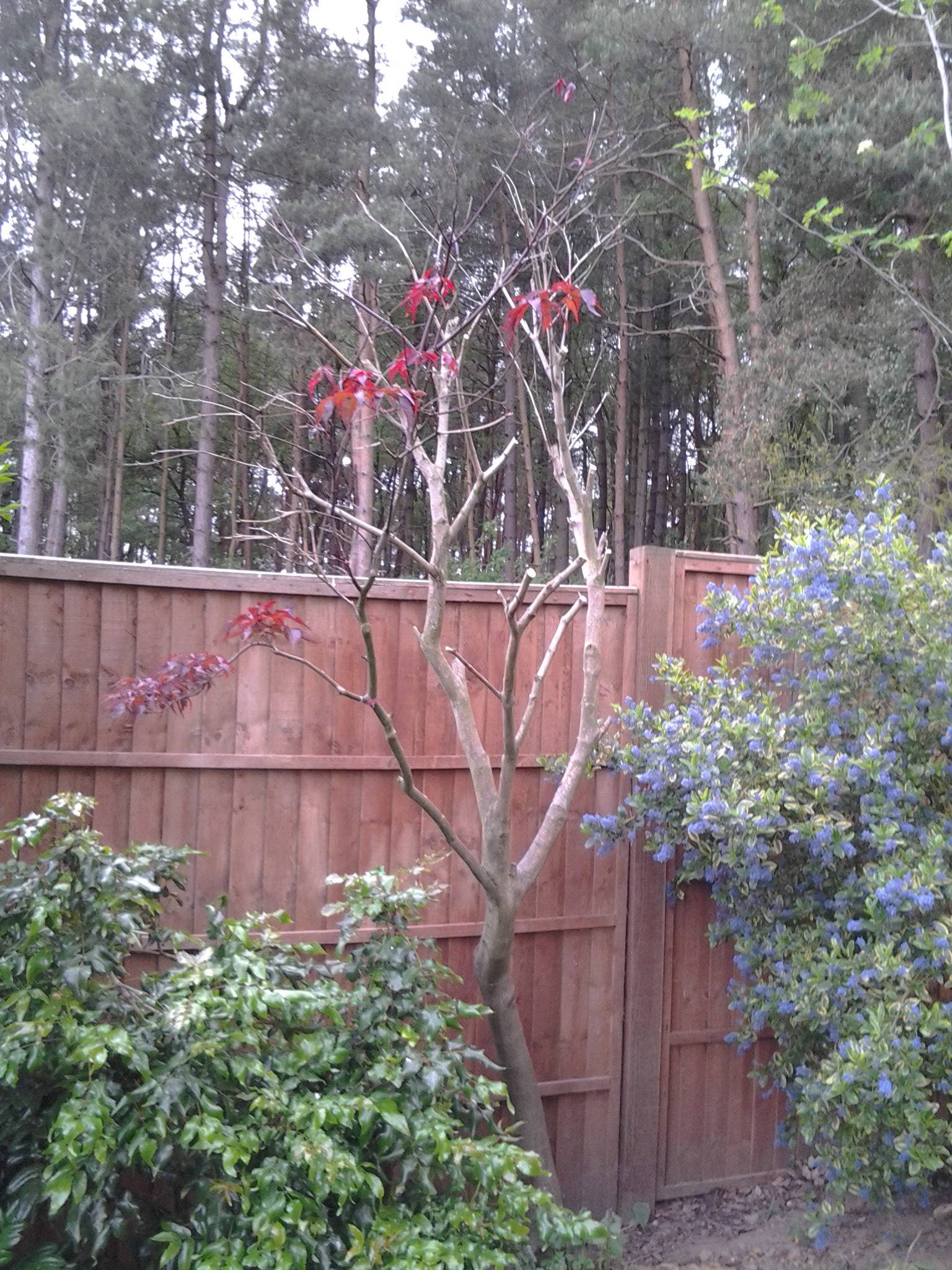 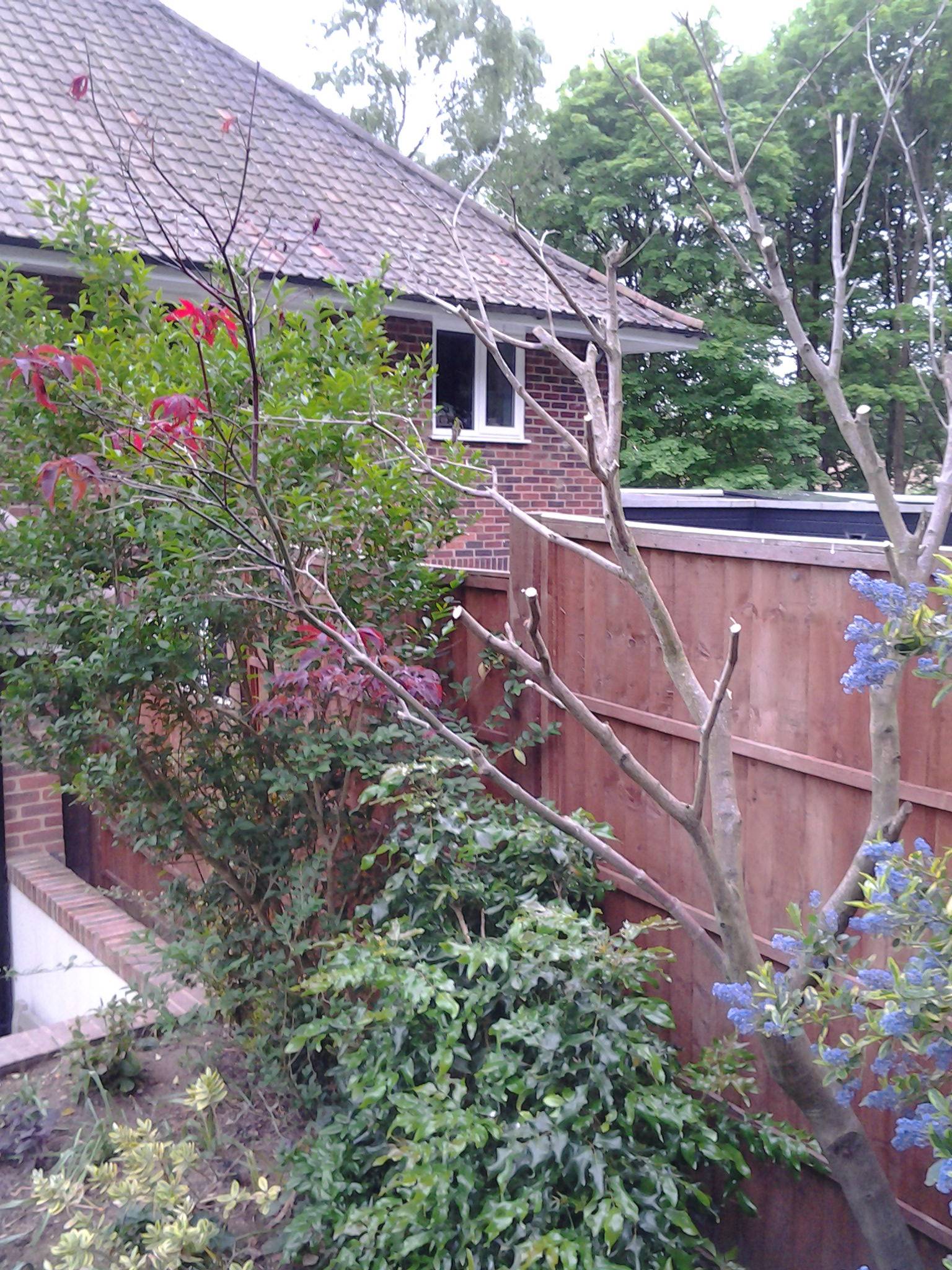 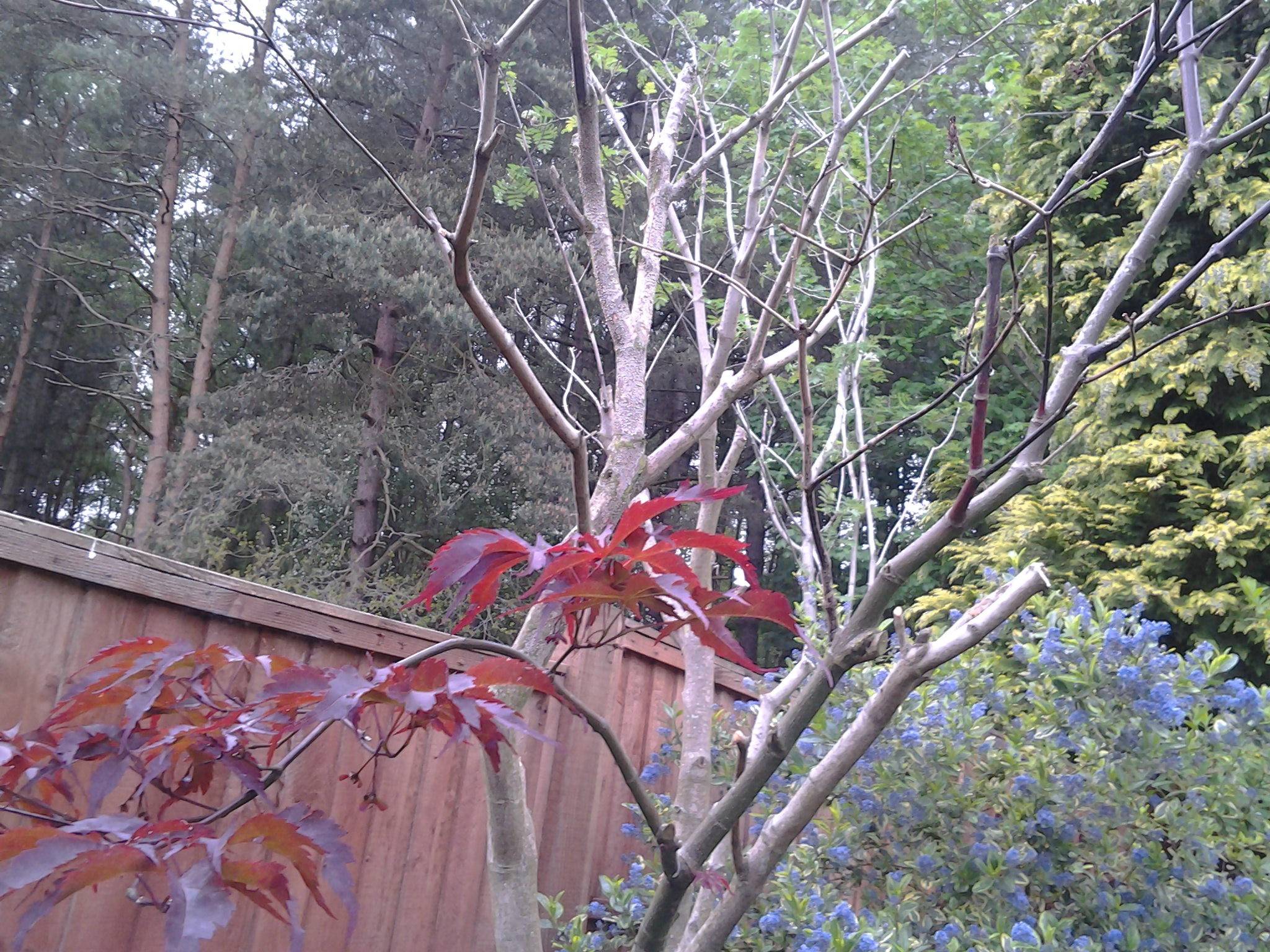 The poor thing has been moved twice in about three years. The first time into what was quite sandy soil (nearer the woods shown in the background) where it did not thrive, more recently about a year and a half ago.

Since the above photographs were taken (and after asking here) it has been pruned back further but seemingly only dead wood (including most of the leaves - that died). It is presently about 4' high with only a very few leaves. However there is new growth next to those leaves and on the trunk, so will probably be cut down to around 2' in the autumn.

If the Acer has a lot of dead branches, they're dead, so it's pointless leaving them in place, because they're still going to be dead. They should be cut back to live wood - the strong growing sideshoot should have been pruned back before the sap was up, but will need to be cut back later, once the risk of bleeding is reduced, and when that reduces is down to the zone you're in (in the UK, zone 8/9, that would be July onwards). Pruning back the live shoot should hopefully encourage the tree to produce more growth from the mainstem, so long as major die back does not continue.

Not the answer you're looking for? Browse other questions tagged tree-care japanese-maple or ask your own question.

3
During a heat wave, is it good to use an atomizer during daylight to spread water on the leaves of my Acer Palmatum?
5
Why does my tree have splitting bark, dripping sap, and dead branches?
9
what care should I give my lemon and orange tree after 8 months neglect?
11
How should I care for my multi-variety apple and pear trees?
16
Is this heavy blue-green growth on my tree trunk and branches a form of lichen?
2
Dwarf Tamarillo Pruning and Care
3
Coral bark Japanese Maple -where to plant it to avoid cold winter wind and hot summer sun damage
4
Ming Aralia is turning yellow and dropping branches
3
How to tie tree trunk and branches for support
2
What is this tree and can I cut the lower branches?