Why are the cherries dropping off my cherry tree?

We have a large mature cherry tree. It produced cherries just fine the first two years we were in this house. We had someone come out and trim the tree the third year (wasn't too happy with their job) and since then it doesn't produce very well. The vast majority of them fall off at an early stage. The ground will be covered with stems and the small beginnings of a cherry. At first I thought it was just shock or something from the year it was trimmed (it wasn't trimmed too heavily) but this is the start of the third year since that happened and they are still dropping.

It may not have anything to do with the trimming, that's just the only thing I can think of that was different since previous years. The tree had also been infected with Western Cherry Fruit Fly (we didn't really notice it until the second year, but it most likely had been like that since long before we moved in to the house).

Here's a picture of the tree in question: 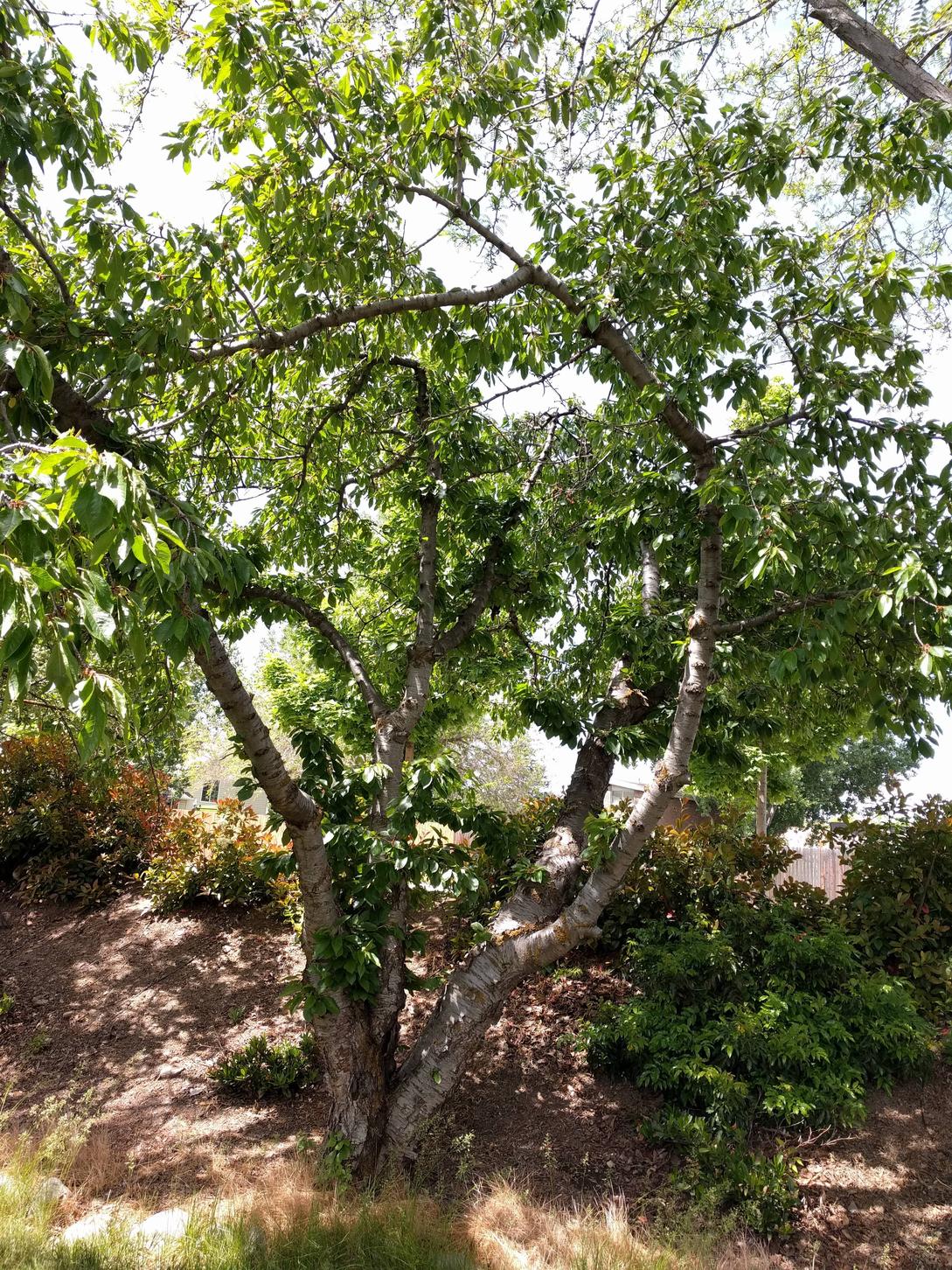 And here is what is dropping. There are literally hundreds, if not more of these all over the ground, this is just a small sample: 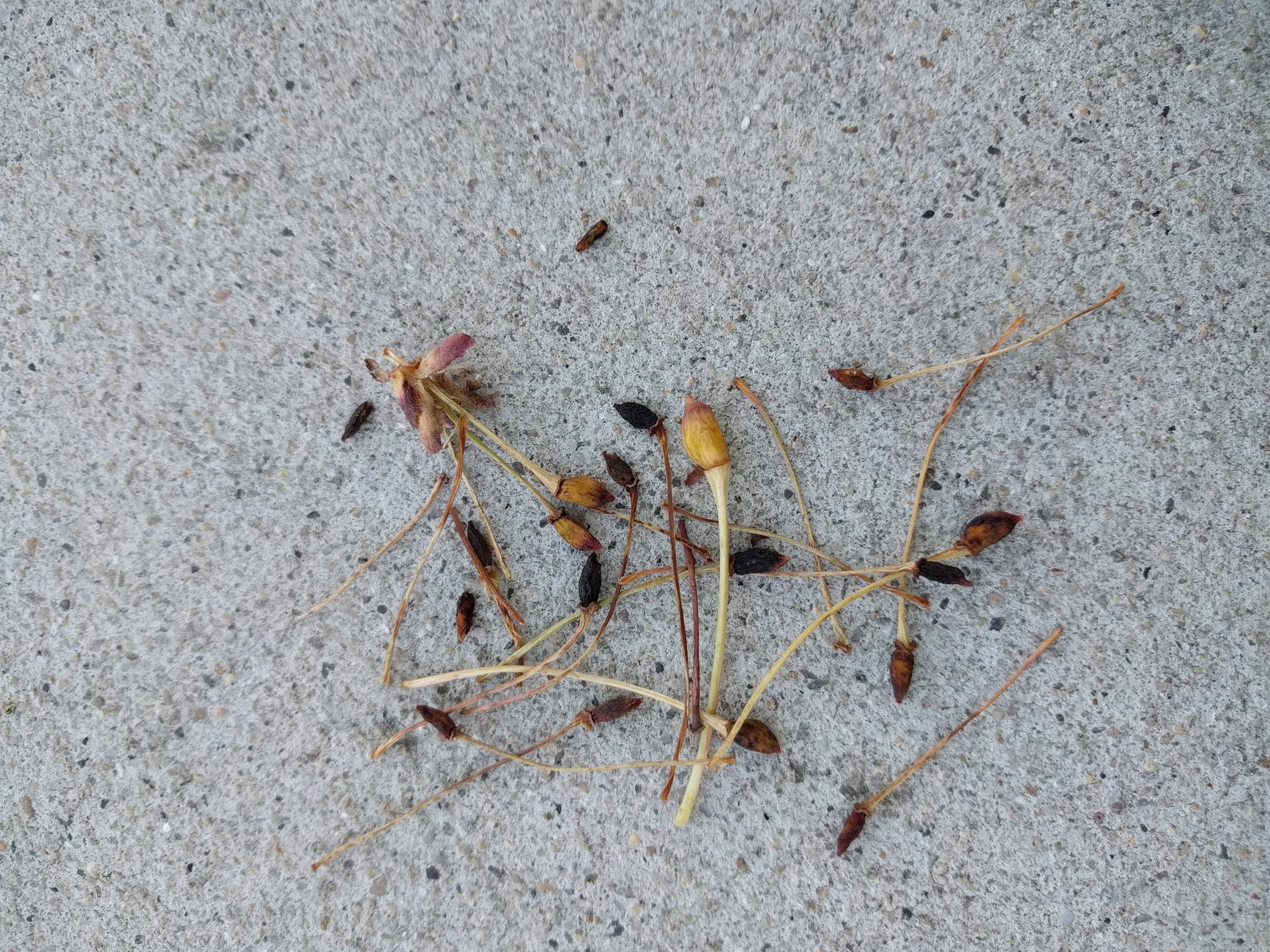 As you can see, it doesn't look like blossoms, so much as nascent cherries.

The usual problem causing massive early fruit(-let) fall is that the blossoms did not get pollinated - so what's your local pollinator situation like? The bit that would have become the fruit falls off the tree.

For sweet cherries, particularly, there's also a need in most varieties to have a companion tree that will pollinate them as many are self-sterile and there's a complex web of what will pollinate what successfully. But I don't know what type of cherry you have. If some other tree in the neighborhood was doing that job and was cut, it could make trouble for your tree.

I suppose it's just possible that your cherry had a pollinator grafted to it and your tree-trimmer trimmed that branch off, but given widespread problems with bees in recent years, I'm thinking that lower likelihood since you say it wasn't much of a trim.

Not the answer you're looking for? Browse other questions tagged trees fruit-trees tree-care cherries or ask your own question.

6
How do I water my full grown cherry tree?
11
How should I care for a young cherry tree?
4
Why does my weeping cherry tree have brown spots on its leaves?
3
Why is my wild black cherry tree dropping fruit?
5
Why do my cherries die in winter? =(
3
Can you "seal" a cut off section of a tree to protect it from rot?
2
Cherry Tree - Bark peeled back and with bug holes