What is this yellow flower which survives in the Sonoran Desert naturally? 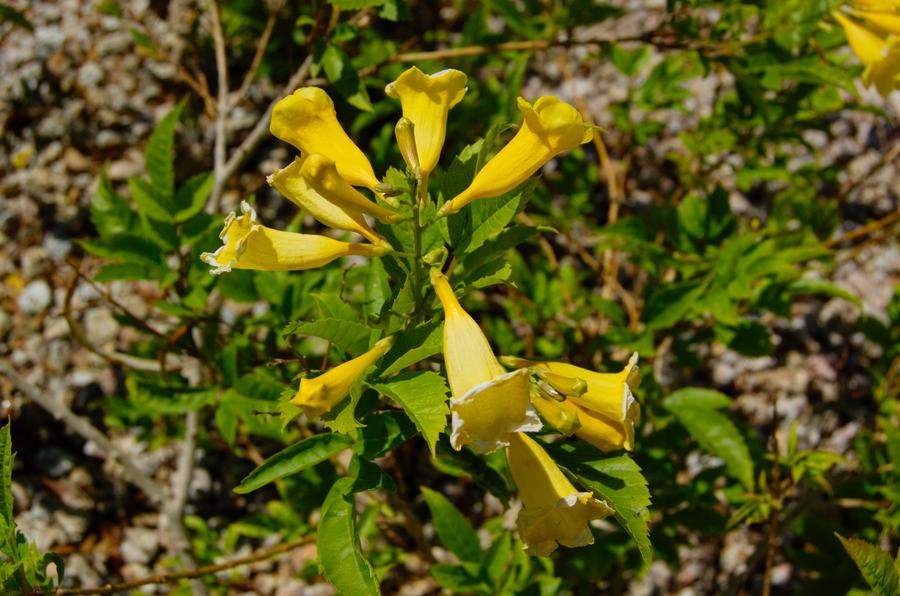 It appears to be Tecoma stans like pnuts said in the comments. It has serrated leaves. Plus, it's on a page with a Sonoran Desert theme. The leaves in the picture look narrower than yours, but with an image search you can find that many appear to have broader leaves. They have the trumpet-shaped, yellow flowers.

Other plants with flowers similar to yours include Honeysuckle, Angel's Trumpet, and the Emu plant mentioned in another answer. Angel's Trumpet (Brugmansia genus) also can have yellow, trumpet-shaped flowers, and it has serrated leaves; it's native to tropical areas, though. There's an unrelated plant with the same name that can be found (rarely) in the Sonoran Desert, but that kind looks a lot different. It's possible that Brugmansia plants could grow ferral there, though (but more research is needed). Emu bush doesn't appear to have similar leaves, but it can have similar yellow flowers. Honeysuckle looks too different.

Not the answer you're looking for? Browse other questions tagged identification flowers shrubs flowering desert or ask your own question.