I have a raised bed that I recently put home made compost in. I have this volunteer plant growing and suspect it came out of a seed that I may have thrown in the compost bin. Unlike some of you I am not an expert on composting and don't think my bin is getting hot enough to kill the seeds. Any idea what this plant is? 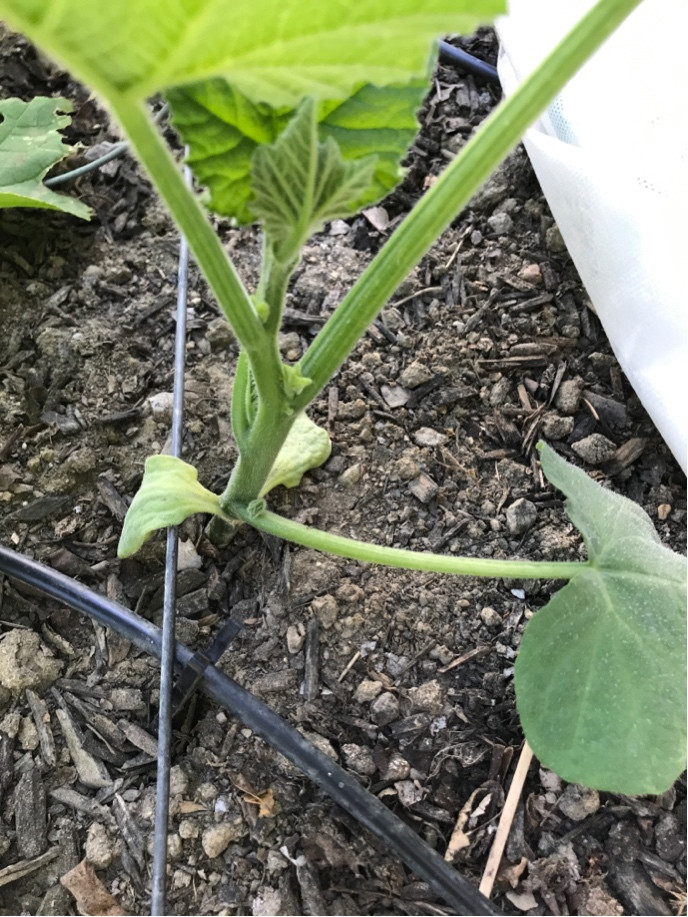 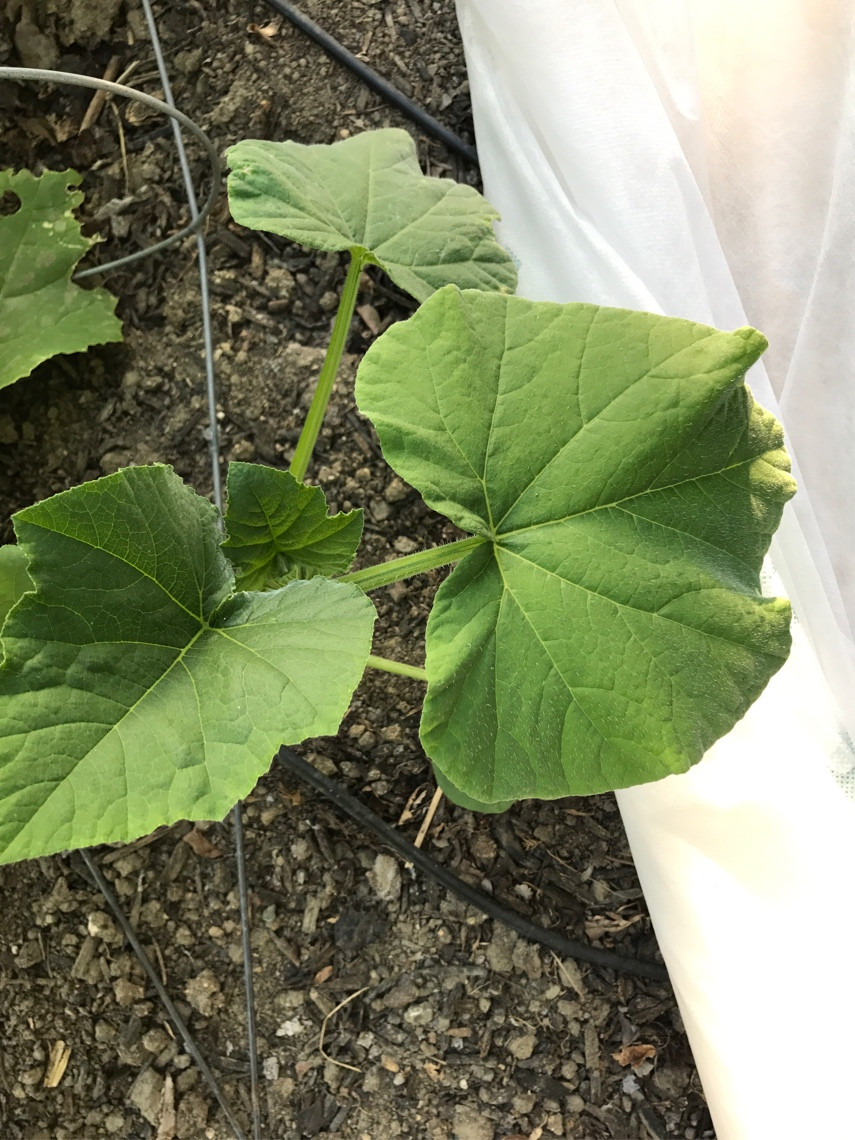 It appears to be a squash (probably C. maxima, and likely a pumpkin, but it could be another kind of squash or gourd). It doesn't look like a cucumber or zucchini to me, but those do look similar. The leaves look too soft and pliable to be those, and those tend to have more of a sheen on their leaves. The leaves of your plant are more cucumber-like in shape than squash leaves usually are, but cucumber plants are usually smaller all around and closer to the ground with darker green leaves that are firmer-looking, which don't bend easily, and they have more of a sheen. You can rub the leaves and smell your fingers to smell the characteristic squash plant smell (you wouldn't smell as strong of a smell with a cucumber or melon, but you would with zucchini). It's a fairly strong smell. Zucchini can have large leaves and plants, too, but the leaves tend to be darker and have more of a sheen; plus, they're less pliable (but thinner and more pliable than cucumber leaves). I haven't grown every variety of zucchini out there (so there may be some that don't follow my description). Cucumber leaves have less prominent, narrower, and shorter stems, too. Your plant appears to have stems that are several inches long (even when young), which are quite visible.

Pinpointing it further than that may require some recollection of what went into your compost, or else just waiting to see what it grows. Cucumbers will have tiny flowers, while squash flowers are huge. People usually eat zucchini before it has viable seeds (but if you grew them yourself or got gifted some huge ones, there might have been viable seeds composted). Same for cucumbers.

I wouldn't expect to know the variety unless you know what went into your compost.

My source is observation over the years.

I think it is a cucumber, but it could also be courgette/zucchini or pumping.

It is too early (for me), and there is so many varieties.

Not the answer you're looking for? Browse other questions tagged identification vegetables compost raised-beds volunteer or ask your own question.

7
Closed bin compost collecting water at the bottom
11
How to Keep Compost "Hot" in Winter?
9
"Volunteer" tomato plant in my vegetable garden - good, bad, indifferent?
3
What do I do with cover crops before planting vegetables in a raised bed?
2
Starting on a Grassy lawn in time for Spring?
3
Is this underground compost system likely to work?
2
Are grubs helpful in decomposition?
0
How do I deter the honey-bees from my compost bin?
2
Factors to consider when choosing between Perlite and Vermiculite for improving drainage in raised beds?
2
Can you grow anything edible in leaf mold while it's decomposing?