What to do to the dry grass that is not allowing new grass to grow?

I live in cold climate and winter is very harsh, after the last winter there are several dead grass patches in the lawn and the lawn is a little fluffy when walking on it. One of the lawn guy suggested aerating, but even after 2 weeks of aerating there is no progress. The images of my lawn are here http://imgur.com/a/7xf15. Some one in hardware store suggested dethatching, but not sure if I'm going in the right direction. Some one suggested that it is a little late for thatching, not sure what they meant by that.

It's still pretty early in the growing season (in the Northern hemisphere), so the thatch may not have had sufficient time to break down and give way to the new growth.

But from the look of your pictures (great job, by the way), if you feel the lawn is struggling to fill in those dead spots, your lawn looks like it needs a good de-thatching more than aeration.

De-thatching is the process of removing some of that dead material to make way for new growth, where aeration is recommended more for when dead material or compacted soil is keeping water/nutrients from penetrating the soil. It's hard to say from the photos, but I'm not seeing an aeration problem here.

Another thing to watch for is the possibility of fungus. I'm dealing with a similar problem with a St. Augustinegrass, but the pattern looks remarkably similar. Keep an eye on it; if it looks like the brown areas are actually starting to spread, it might be time to diagnose exactly what you are dealing with in terms of some type of fungus, disease, or other lawn pest.

Start with a rake or dedicated de-thatching tool to remove some of that dead material. No matter what the problem turns out to be, it's a good time of year to start that process.

The beautiful closeup shows you do have a fungus called 'Red Thread'. This is usually caused by too much nitrogen applied before the winter. Thatching is only necessary if you see a full inch of dead, matted grass at the base of your grass and just above the soil. I don't see that. Thatching is a drastic measure that can be avoided by adding a 'thatch eating bacteria' when you fertilize. Comes in some of the extended release 'Organic' lawn fertilizer products such as Dr. Earth, fantastic stuff, slower to 'green up' but worth the extra cost.

What you need to do if this is the extent of your patchiness is get a rock rake, the one with 3" metal tines that don't bend and rake up the dead grass, right down to the soil and overseed your entire lawn. Keep that grass at 3" minimum for height, sharp blades, water deeply and do not water again until you see your footprints on the grass stay down. These are basic sound practices for cool season grass lawns. Allowing the grass to dry out trains the roots to grow deeper to get at moisture deeper and creates drought tolerant lawn crops. You'll have a green lawn while neighbor's are brown and dormant. This will also have the added benefit of not promoting 'Red Thread'.

Using the Dr. Earth or similar more expensive fertilizers you'll only have to fertilize 2 or 3 times not traditional 4 that is required by the fast release synthetics. That last fertilization is very important but you can't use high nitrogen on Fescue in particular for the winter or you'll set your lawn up for fungus; Red Thread, Snow mold. Snow mold. Red Thread.

There are parts of these articles I do not agree with.

In the snow mold, they say 1/2 inch of thatch, I say 1 inch. 1/2 inch thatch is best taken care of by bacteria. Thatching should never be done willy nilly. Aeration is wonderful. Taking cores of soil out of the soil bed certainly aerates but that soil pulled out and then left on top of the lawn is actually infusing bacteria into the the thatch layer or root crowns. If one hasn't used a non-selective pesticide that kills most of the life in the soil.

Red Thread they start right out saying that this is brought on by too low of nitrogen. By the color of your grass I'd say you've got plenty of nitrogen and too vigorous vegetative growth caused by too much nitrogen late in the year is what sets even healthy lawns up for fungus. What I think they are trying to say that a 'weakened' plant is more susceptible to fungus which is true but it is the combination of too much moisture, and too vigorous of actively growing plants beneath snow (or not) that proliferates fungus.

Then the worst thing they say is to cut your lawn short. Wrong. This in effect weakens your grass plants. Cool season lawn grasses need a minimum of 3 full inches of photosynthetic top growth to feed the roots. Cool season lawn species are genetically disposed to grow large root systems and without a proper amount of top growth to feed those roots the grass plants are weakened, stressed and then gee, susceptible to fungus. Poor people in the south with warm season grasses! Cool season grasses are far easier to manage and be successful because of these attributes. Just by cutting no shorter than 3" you are stopping weed germination, encouraging vigorous health of the crop by allowing more photosynthesis to feed deep roots. Watering every day and shallowly is what fungus and weeds love. Watering deeply (4-6" into the soil profile) and then allowing that soil to dry out in between directs the roots to grow deep, the grass to remain vigorous and green but bye bye weeds and fungus. 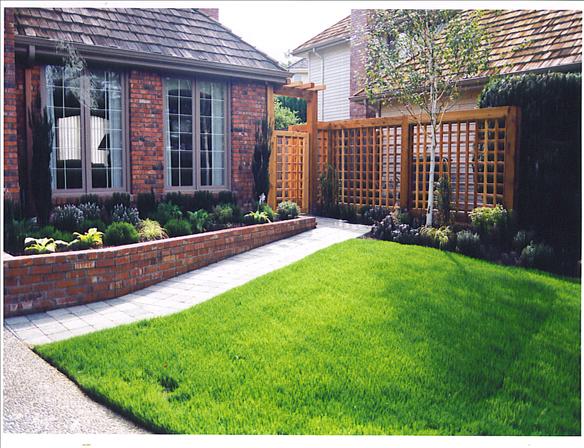 Not the answer you're looking for? Browse other questions tagged lawn lawn-repair or ask your own question.

9
How do I fix the worst lawn on the street?
3
My Lawn has a Hard Spot where Grass doesn't Grow
3
How to revive the grass of a small garden that is completely beige dry grass?
5
New turf left to grow too long - how best to fix?
5
Grass will not grow in the back of the yard
4
Proper sequence of Northeast lawn maintenance this spring
4
Reviving a lawn, needing some specifics on grass and ID
1
How do I rehabilitate a lawn at a lakefront
1
What causes turf grass to grow tall stems and few blades