What are these specks of white fuzz in some of my potting soil?

I was transplanting seedlings of chives and parsley and noticed white fuzzy specks clustered in the soil. Because it exists in both sets of seedlings - neither of which started with this fuzzy stuff - I imagine it is something in the soil or it is a mold they both got. 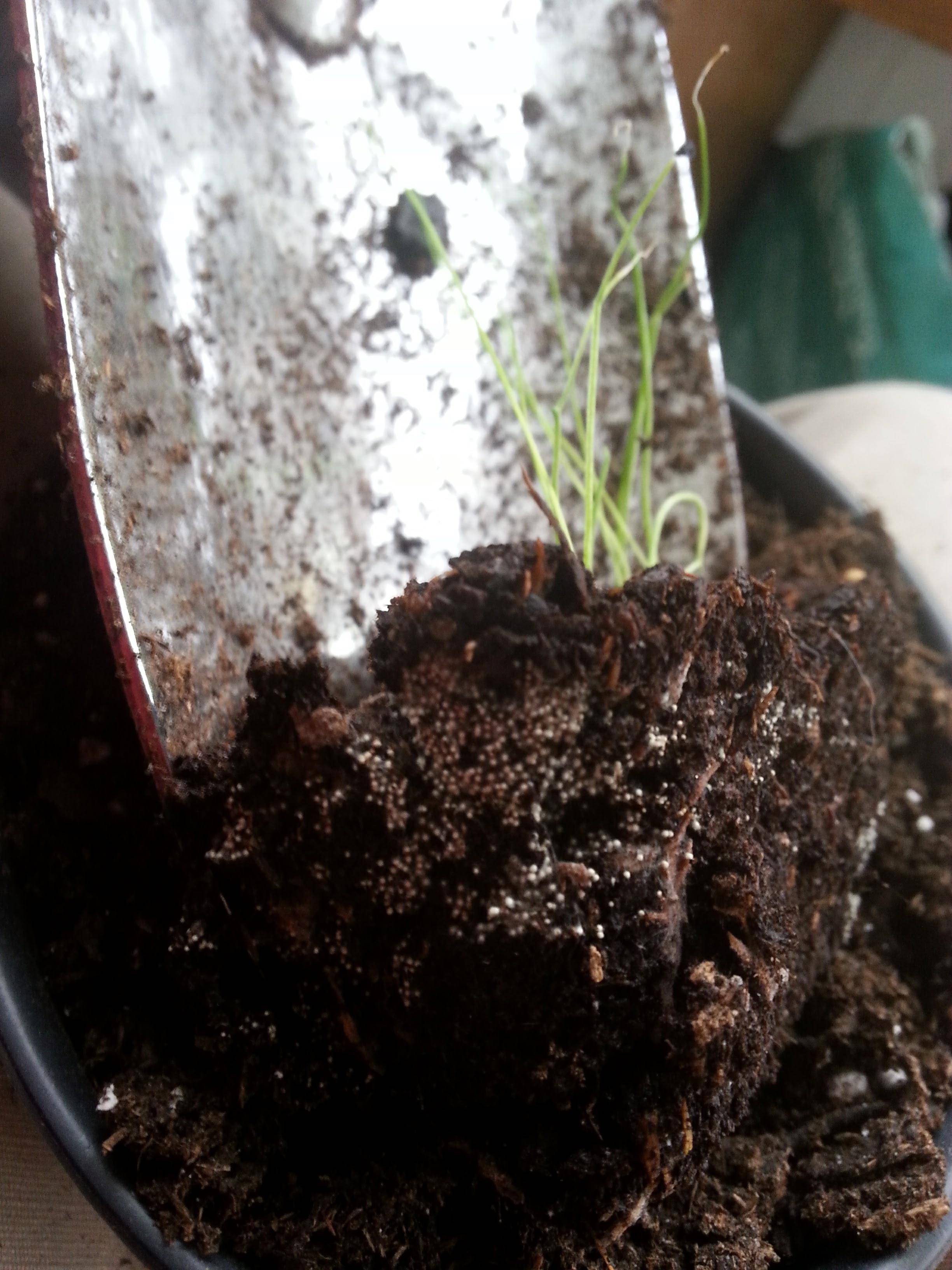 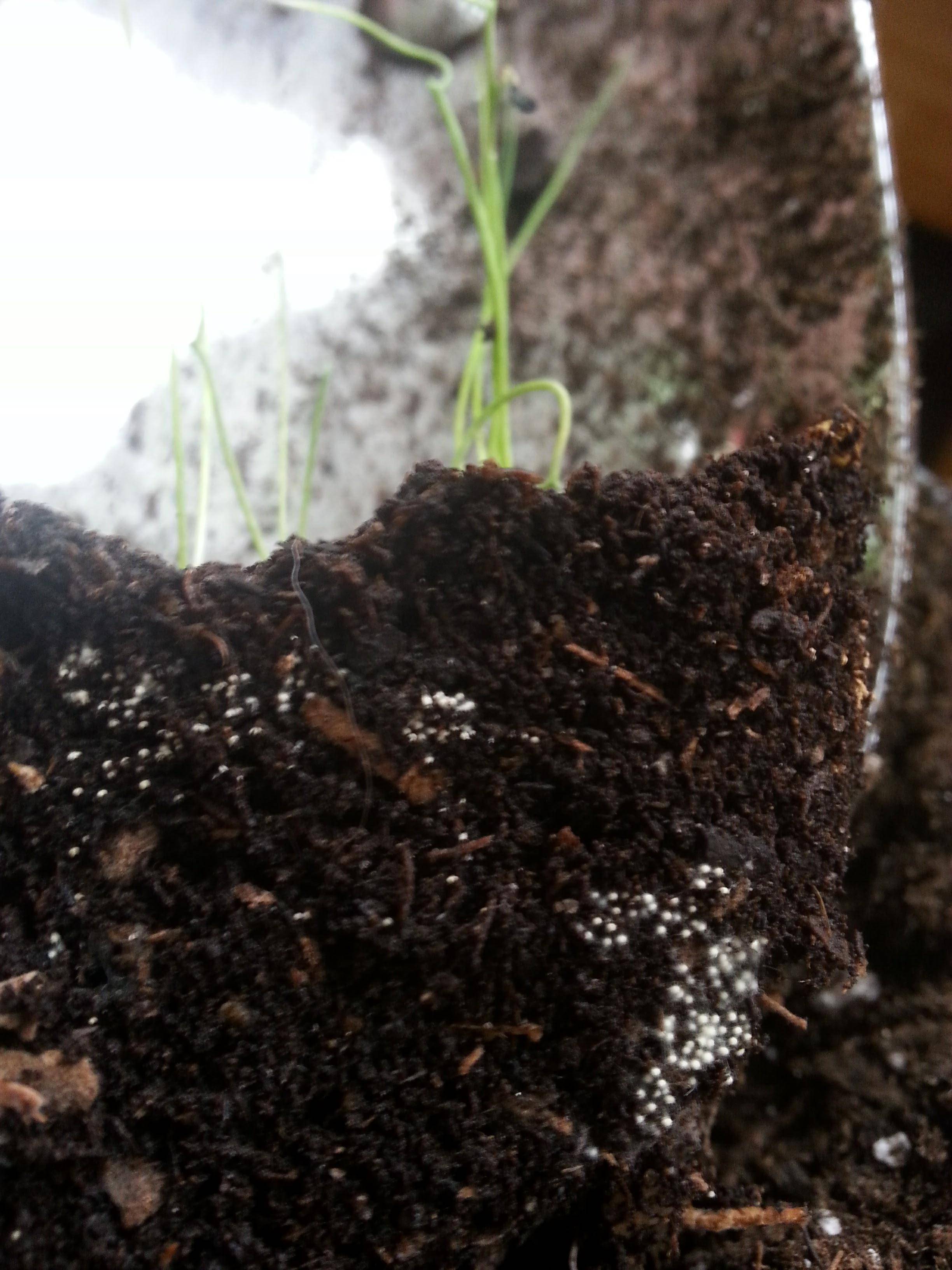 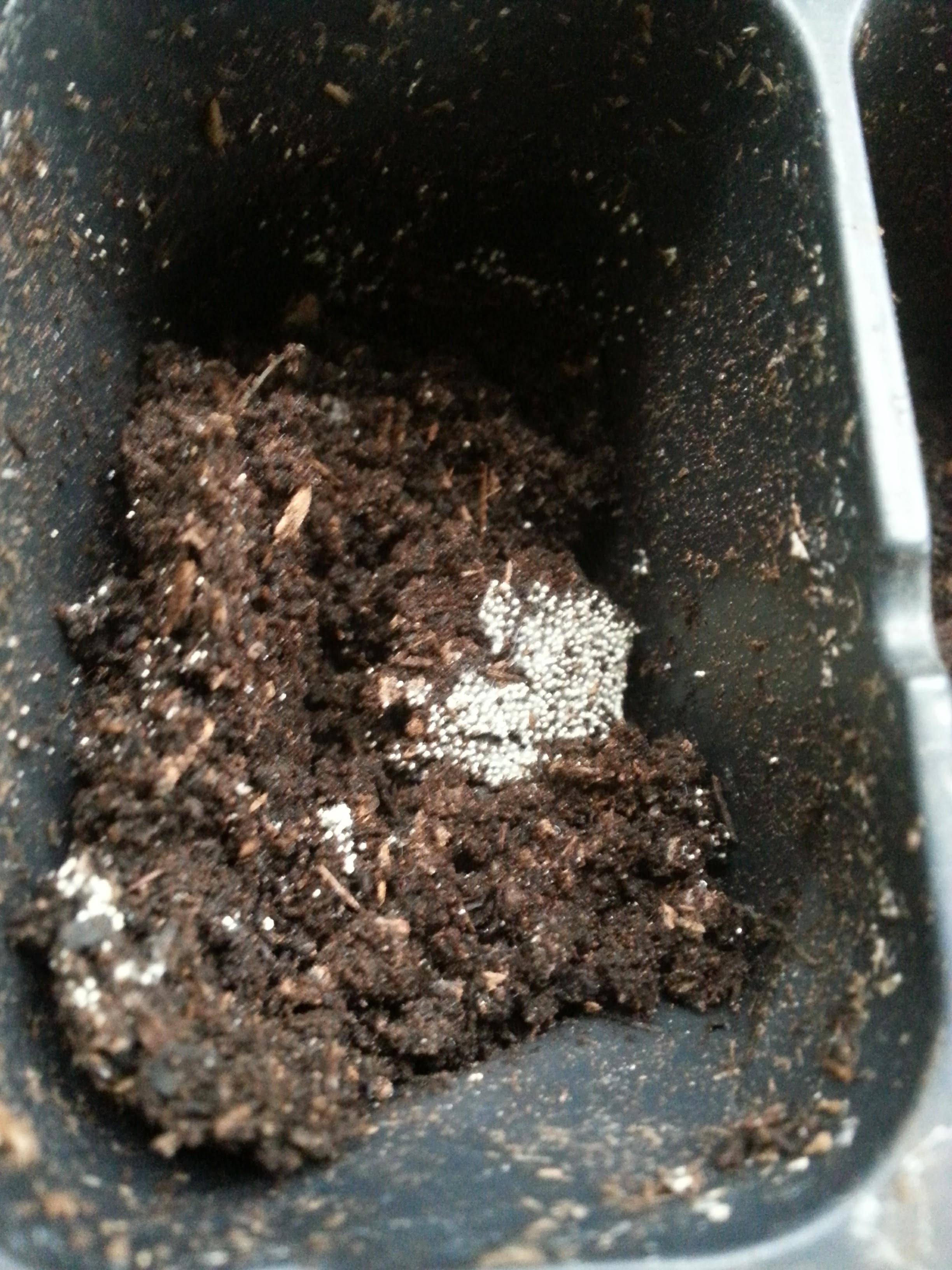 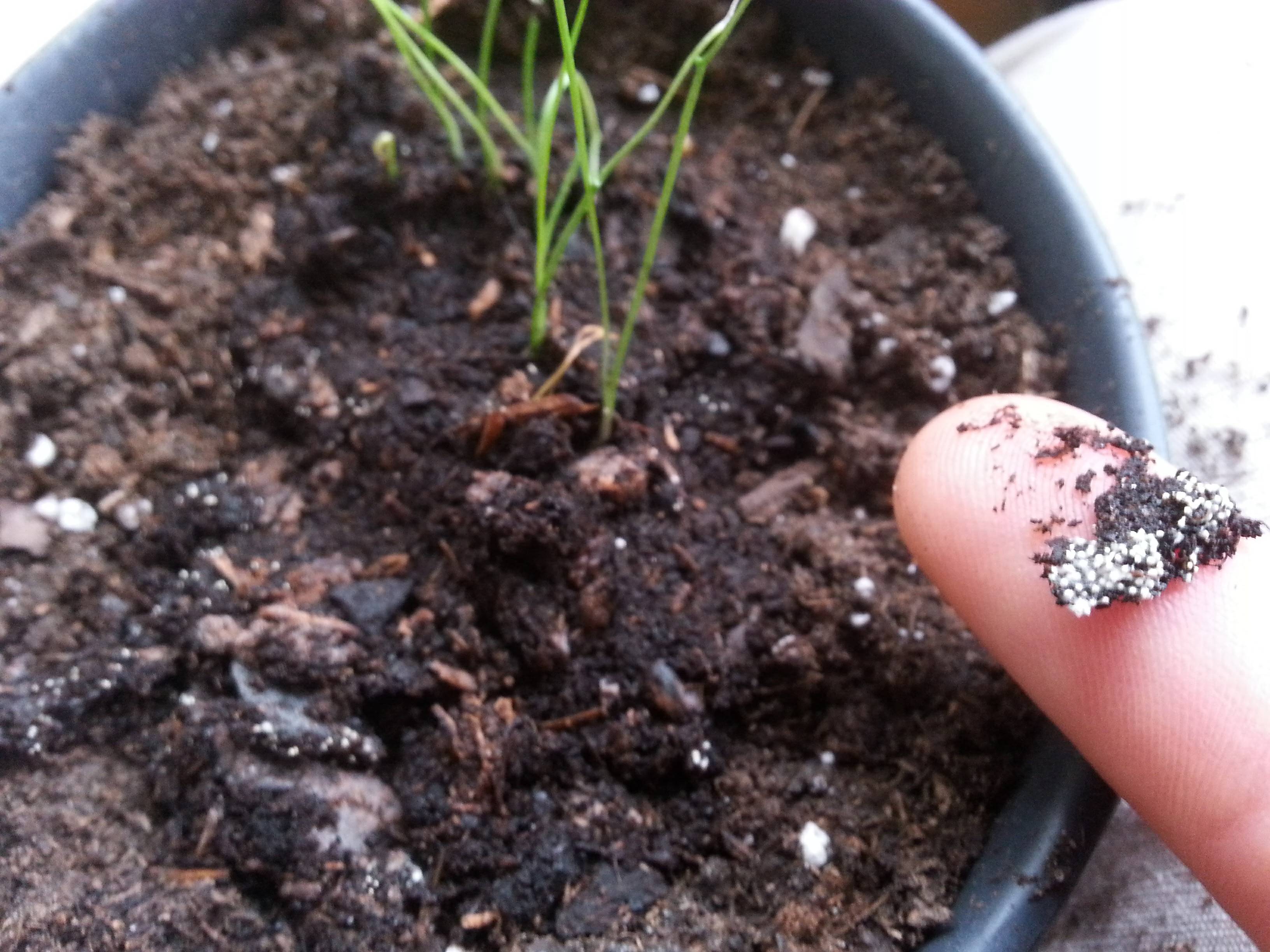 These seedlings grew indoors under a grow light by a window, occasionally with a heating mat on beneath them. The soil was kept pretty moist - rarely fully wet or dry - and to keep it that way took frequent watering since the grow light would dry the soil of these small seedlings daily.

What are these white fuzzy specks? My guess is some kind of fungal activity, but I'm not sure if it's bad. These seedlings have been growing well. I plan to transplant some of these to the garden soon, or bigger pots, or keep in their pots - any precautions or steps I should take in light of this fuzz's appearance?

It is fungal in nature, some sort of saprophyte trying to break down the organic components of the potting soil. Try less water or better ventilation/drainage. You could try taking it outside for awhile which will give the better ventilation.

I think these are mealy bug eggs or aphid eggs or spider mite eggs. Is there a gelatinous thingy holding these tiny eggs together? I am unable to tell. great article on pest suppression My guess is mealy bug. This soil must be non-sterilized garden soil which would have no beneficial insects or controls once separated from the larger body of garden soil? Sure an awful lot of them! Where did you get this soil? insect eggs in soil Look through this site of pictures to see what you think. I don't think this is fungus at all. Please don't reuse this soil whatever you do. Putting this soil in your compost is perfectly fine. Make sure you add some nitrogen to your compost and keep this towards the center where the heat will kill and disable the eggs. Bagging to send to your land fill or landscape debris collection would be not so nice? Wash those buckets/pots with bleach. Amazingly prolific dudes, huh!

Definitely fungus and I have the same on my seedlings. I have looked and looked with a microscope but there are no bugs anywhere.

I have the same thing in my plants, everything I found online pointed to mold / fungi.

This is the first website I have seen where people have said mealy bugs. If the white balls aren’t on the plant it’s probabaly fungi because mealy bugs go on the plant as well, not just the soil. Mine are only on the soil not the plant itself

I don't think it's mealy bugs. Or at least, this is completely unlike any stage of a mealy bug I've seen yet. Unfortunately I've been battling an infestation this season, the big fat grayish mature mealys, the little tiny white baby mealys that are almost sesame seed shaped but a bit smaller, as well as the fuzzy/gooey egg sacks.

I now have these fuzzballs in a completely different plant that was not hit with the mealy bug infestation. But this fuzzy thing with all the little balls looks nothing like the fuzzy mealy bug egg sacks, even when those are smaller. I also didn't have the eggsacks from the mealy bugs in the dirt like this, just on the stems or at leaf nodes.

It's like a blob of little balls that are uniformly shaped and have a fuzz clouded around them. And only on the topsoil. I assumed it was mold at first glance but closer inspection and a few finger pokes revealed a different story. It's very delicate and kinda disintegrated when I touched it and had no smell. Very fungus-ey.

This year I started my seeds in Miracle Grow Potting Soil. For the first time my seeds also developed a white fungus and seeds did not germinate. I have always been very sucessful in the past using soil from previous years seeds and left outside without any need for sterilization. This fungus happened with both bags I purchased. They were not even purchased at the same time. Now I am wondering if it could a problem with Miracle Grow potting soil. Did you use the same brand by any chance?

Not the answer you're looking for? Browse other questions tagged fungus potting-soil or ask your own question.

7
What is "parts" in this potting soil recipe?
30
What are some sustainable alternatives to peat for potting compost?
5
What is this white fuzz on my oak tree?
3
What are these crystal specs on/in my Earthgro potting soil?
4
What makes potting soil good for pots?
2
Recipe for potting soil
3
What is soil mold and how to kill it