Fungi or mold on top of soil in pots

I've grown a tomatoes for over a month in pots. I used normal non-sterilized soil. A few days ago, I added fertilizer, and bam, some fungi or mold started to appear on top of soil.

Is this actually dangerous for the plant or humans? Should I just put some more soil on top of it or maybe dig it up?

Zoom in for detail: 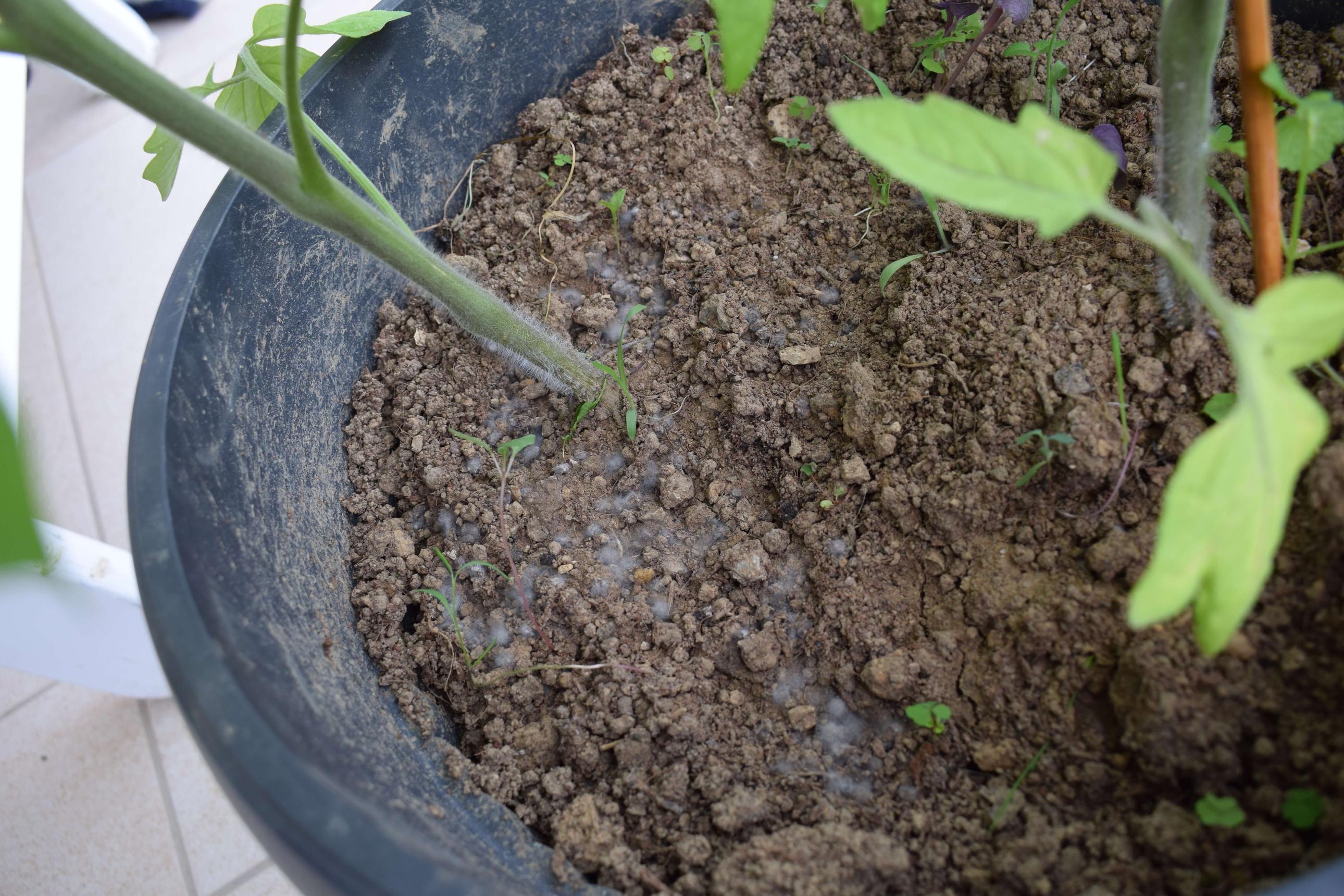 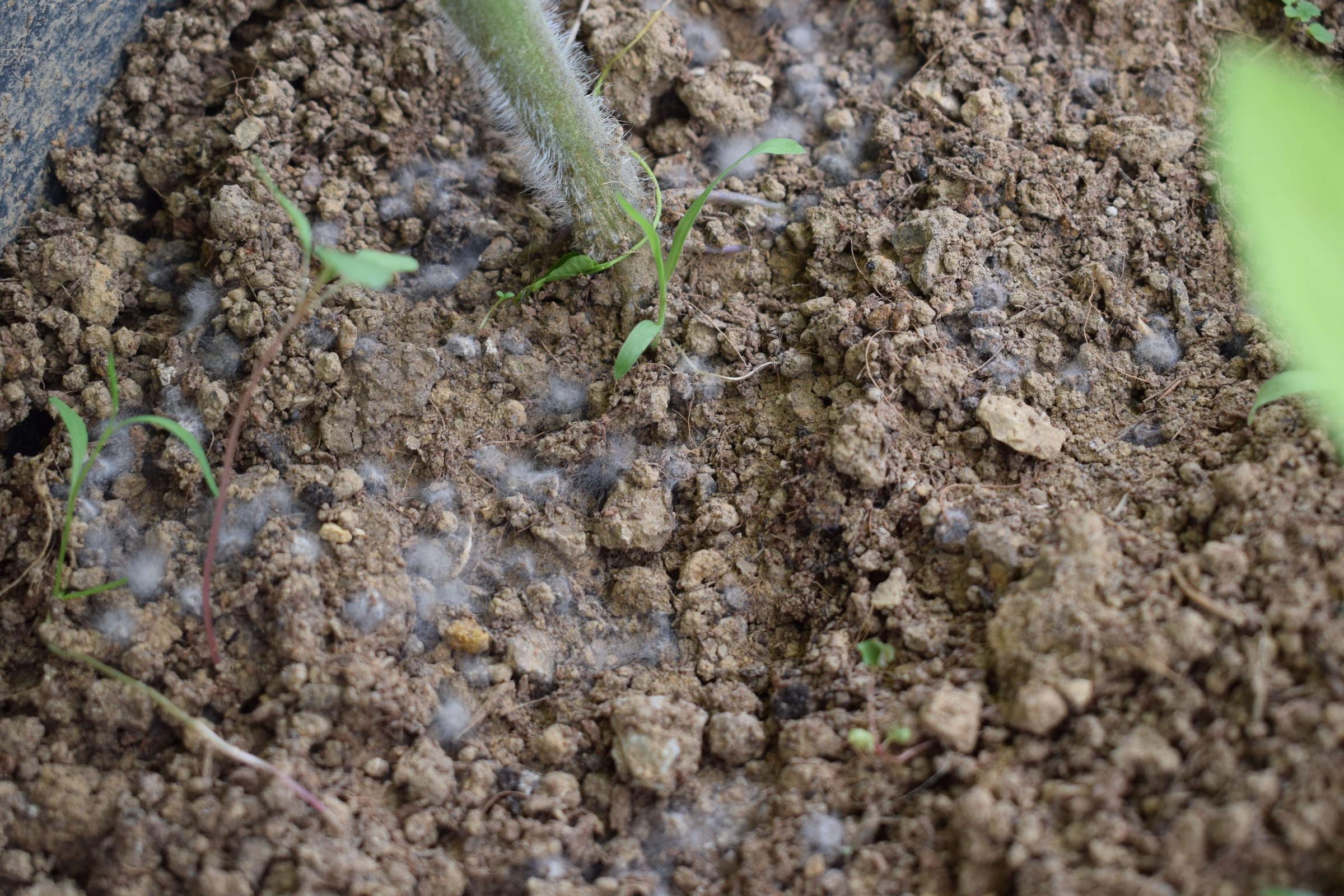 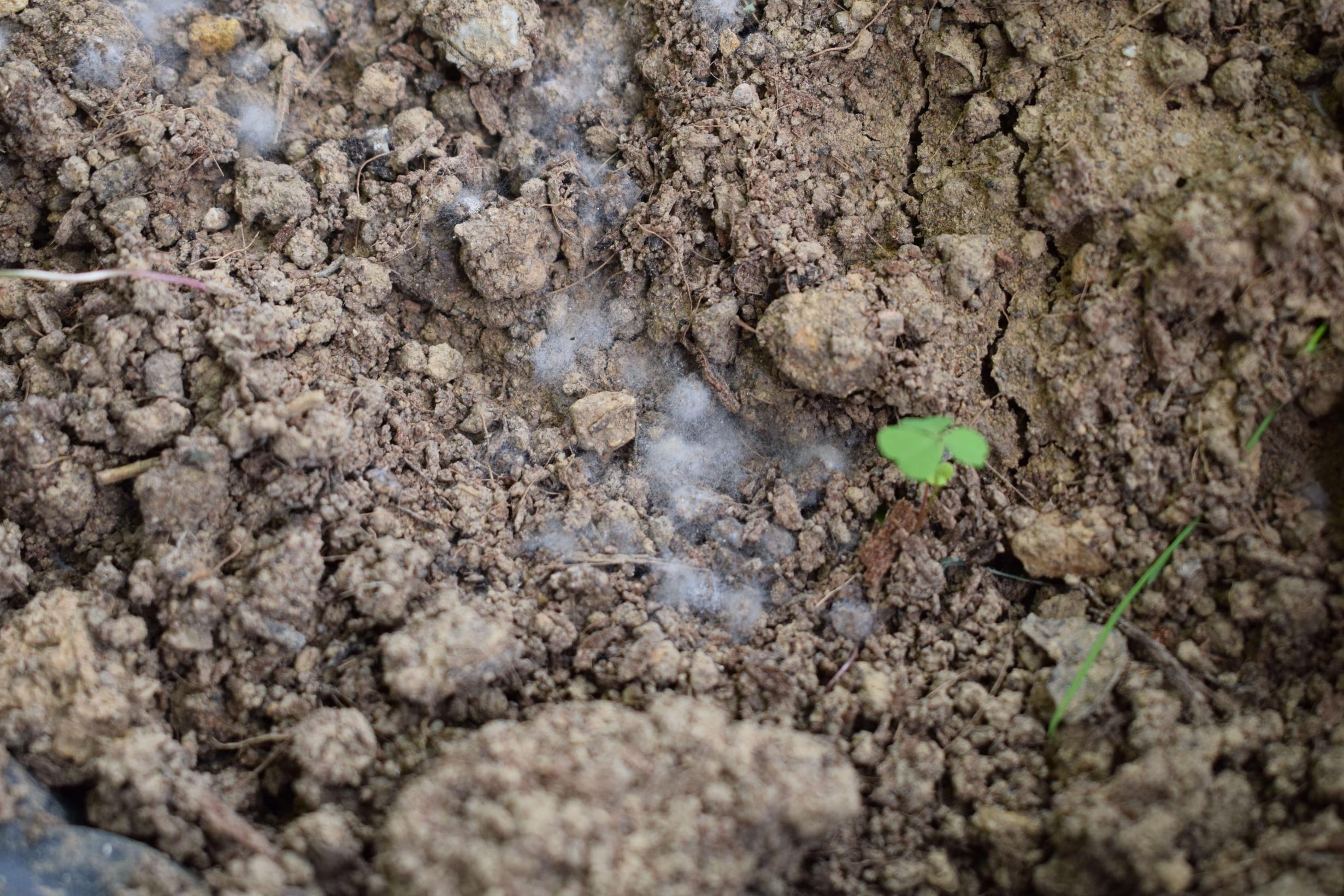 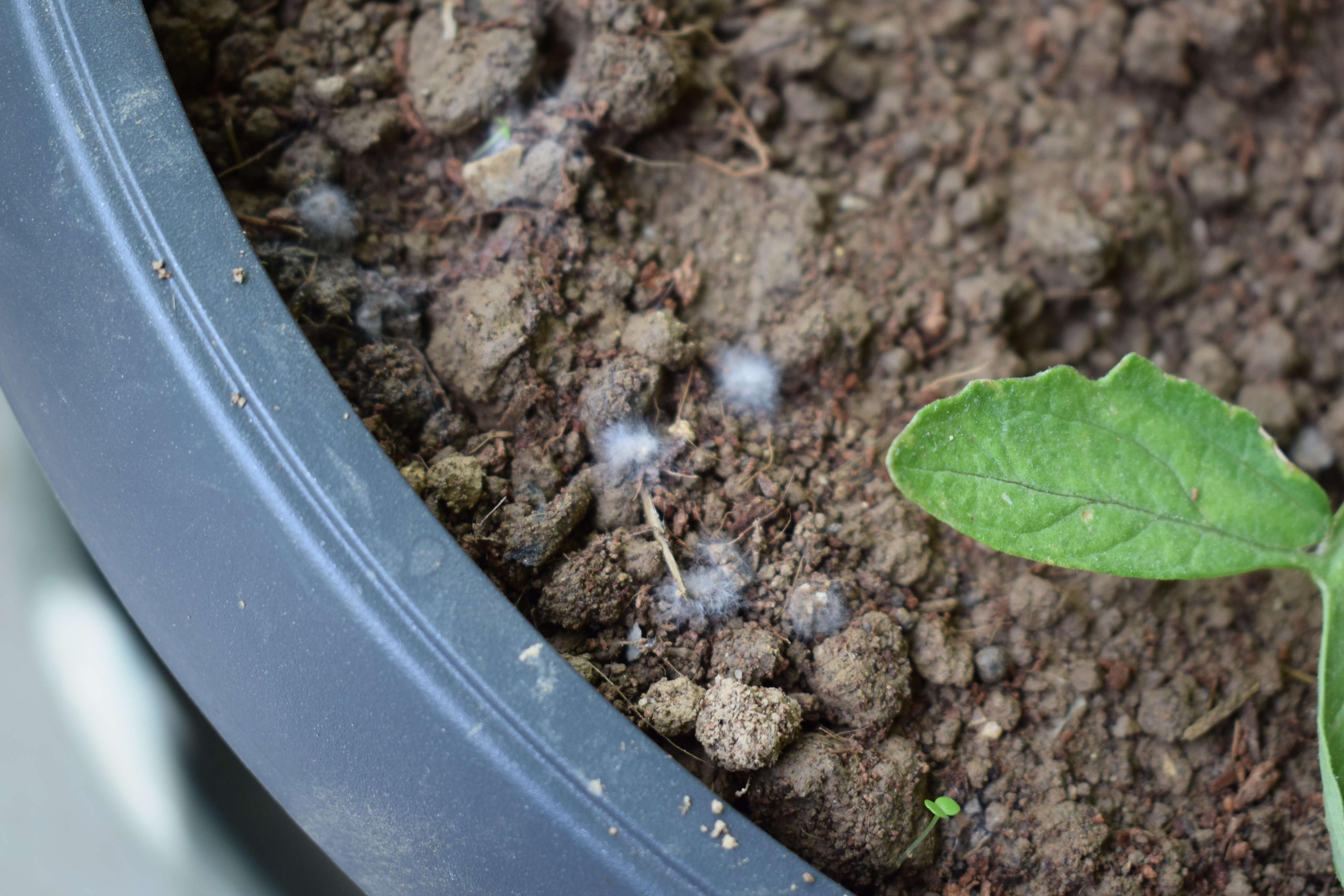 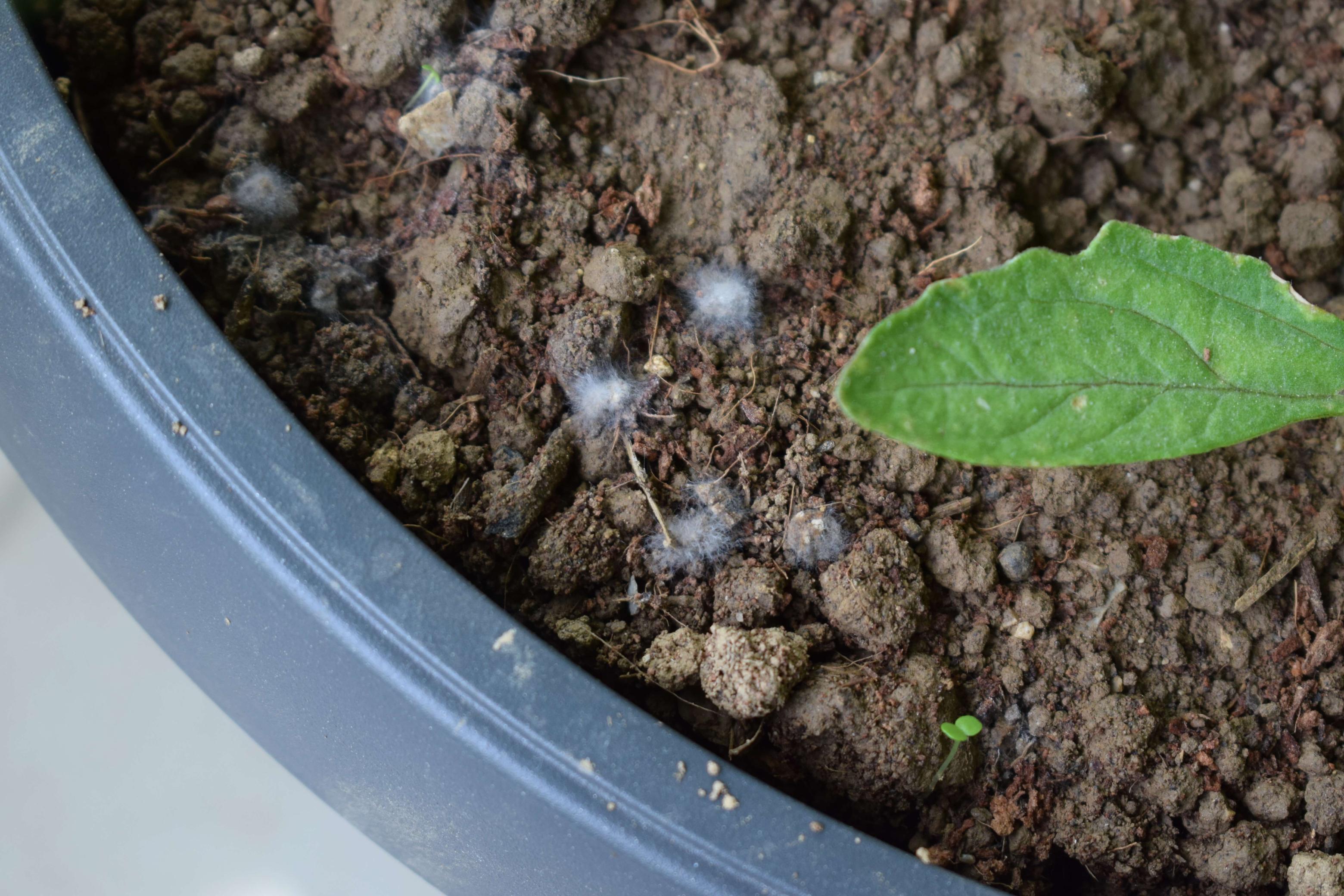 Sanjihan this is simply fungus, probably grey mould...garden soils are full of spores, hyphae, seeds, bacteria...in the larger garden it is a balanced soil system. When you take out a little chunk to put in a pot you'll have no idea what you've got. Some kind of life that has checks and balances in the larger body of the garden will probably be free to explode with no controls in a pot. That kind of thing. Glad you got the soil down from the rim.

This mould is not a problem, that heavy soil is, grins. Just rake it with your fingers from time to time. Keep the lower leaves pruned up so no soil will splash up on the leaves. You'll want to change out the soil later. It would be a shame if there was ONE blight spore.

Tomatoes are supposed to be perennials. I have never grown tomatoes in the zones where that is possible. All I know is that by the end of our season, those tomatoes are so full of powdery mildew, dead leaves...we harvest the tomatoes and throw the plant into the compost pile. Are these determinate (bush) or indeterminate (vine)?

Not the answer you're looking for? Browse other questions tagged tomatoes fungus or ask your own question.

4
Is it too late for this tomato?
4
Why are my plants doing badly for the 2nd year in a row?
2
How much time do tomatoes take to ripen?
4
What happens to my tomatos?
4
Is there a way to kill the mold on soil surface in pots?
4
Why do I have brown “jelly” and rotten smell inside my healthy looking tomatoes?
4
Why are my tomato plants wilting?
0
What are these white fuzzy growths on the soil of my lawn?