I hope you can help me identify the problem with these Ipomoeas (Morning Glory).

It's actually two varieties of seeds I sowed together:

As you can see from the pictures, some whitish, silvery patches are appearing on leaves.

...but I am not sure it's the same problem because in those questions it seems that the leaves became just decolored, while on mines it seems more that some of the leaf tissue came off, and the lower layer of it became exposed (the patches).

Sorry if I made this question too long, but I tried to be as much detailed as I could. Please let me know if there is something I might have forgotten to include.

Thanks a lot in advance for your help! 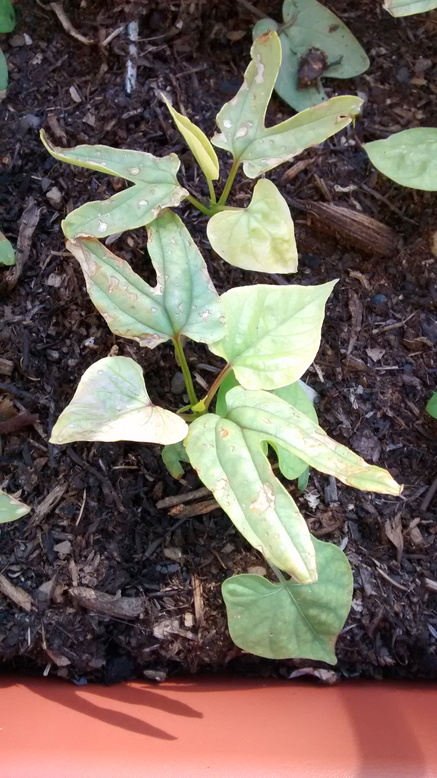 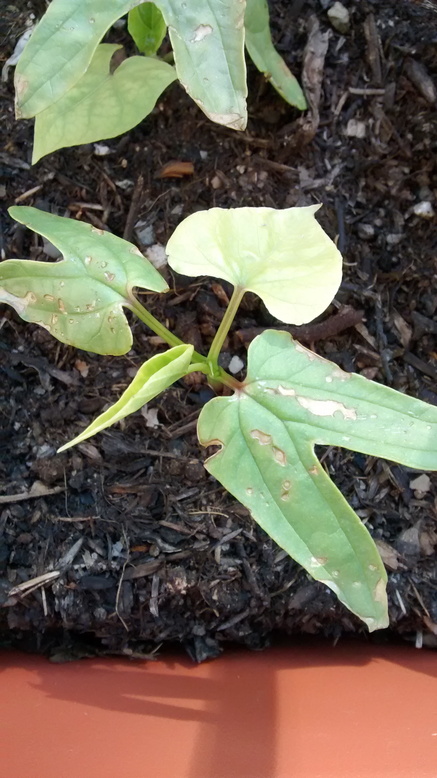 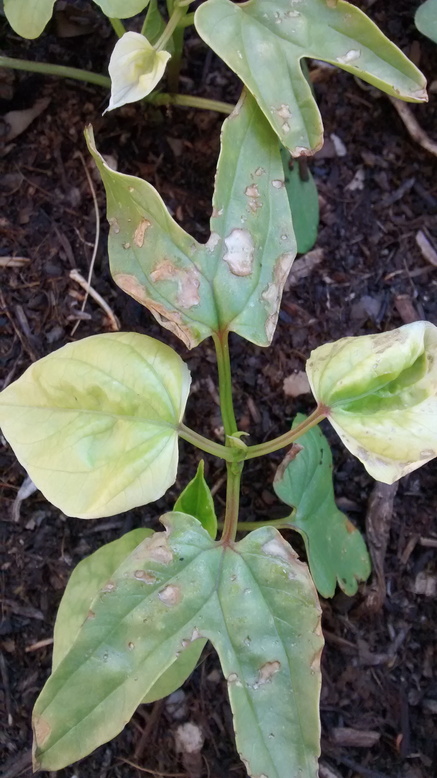 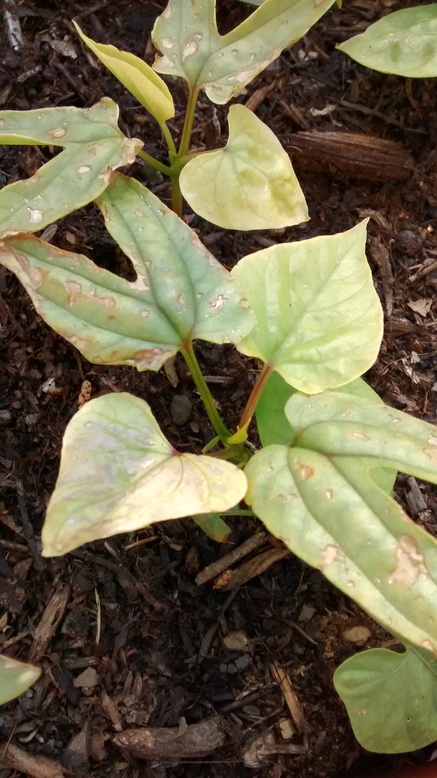 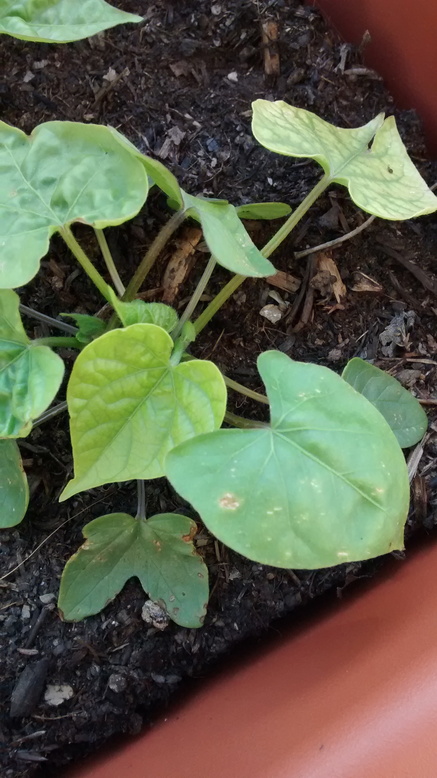 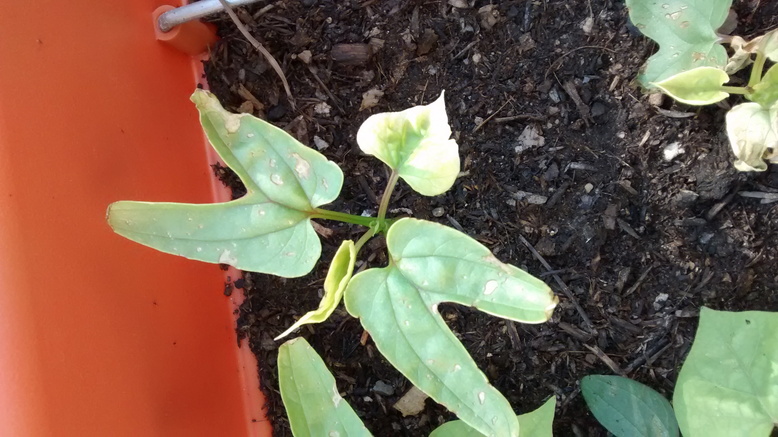 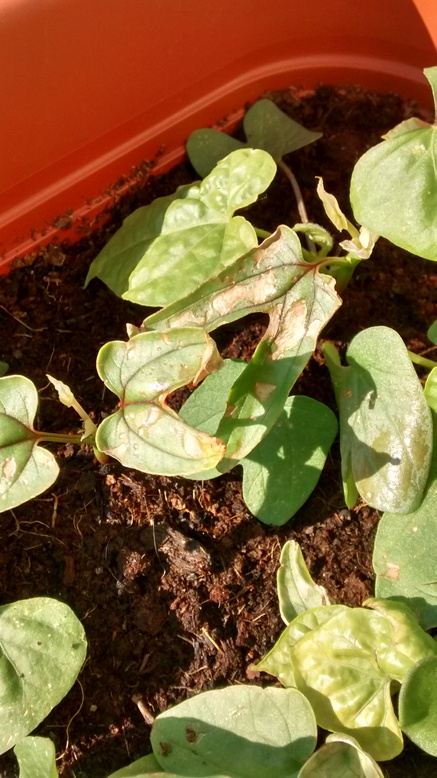 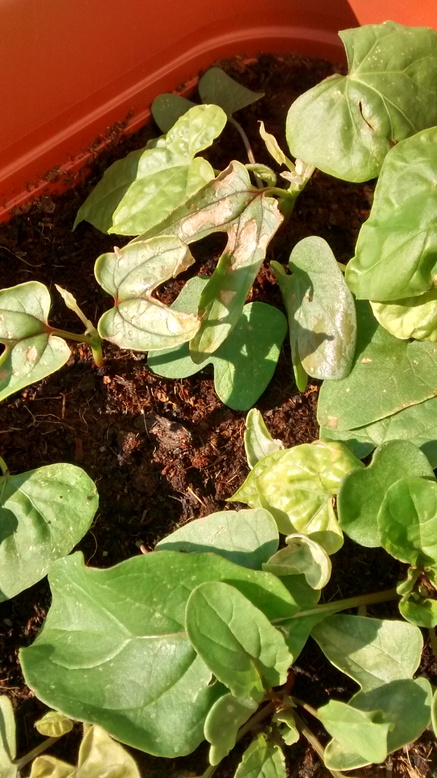 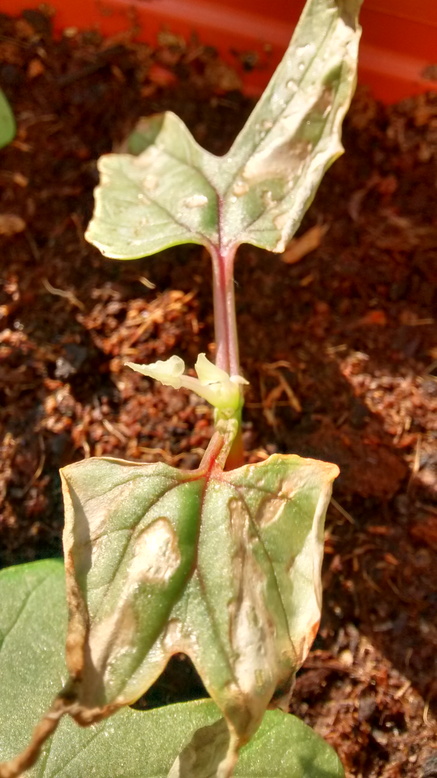 I started watering even more and it fixed it :) 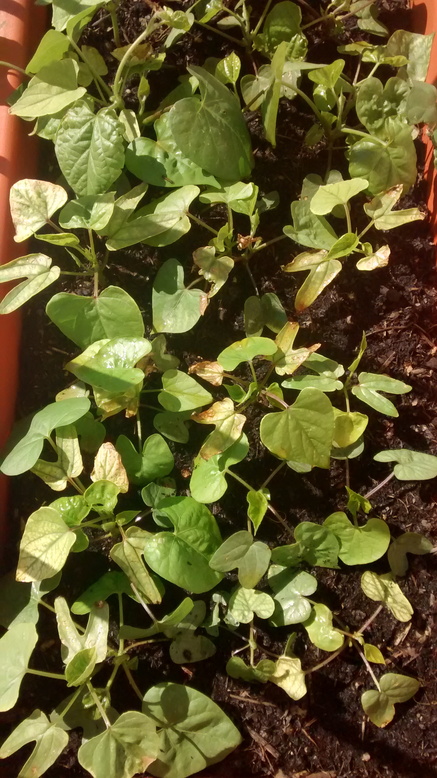 Not the answer you're looking for? Browse other questions tagged watering leaves sunlight morning-glory weather or ask your own question.

6
What is happening to the leaves of my Ipomoea (Morning glory)?
2
What is causing yellow leaves on my Morning Glory?

6
Why aren't my morning glories sprouting this year?
6
What is happening to the leaves of my Ipomoea (Morning glory)?
2
Crinkled new leaves on healthy flowering ipomoea/ Morning Glory. virus?
2
Tiny black spots on blue morning glory plant
1
Dark spots on plant with heart-shaped leaves
0
Portulaca / Moss Rose losing leaves near bottom half of plant
1
Slip left in water to take root for too long