Why are my houseplants dying off one by one? (Peace Lilly, Dracaena, English Ivy)

What is going on with the plants below? I can't post pictures of them all as I don't have enough rep on this particular site.

I use a hygrometer -which I thought was working fine- to time watering, and I've purposefully left them dry for days between watering. They are in a sunroom (bright, indirect light). It is still a forced air condition (heat, for the winter), but I've put them outside for the day after this started to see what would happen.

How can I diagnose? What other variables are needed? Will do anything!

Possibles, according to my thought process:

Thanks for your help. 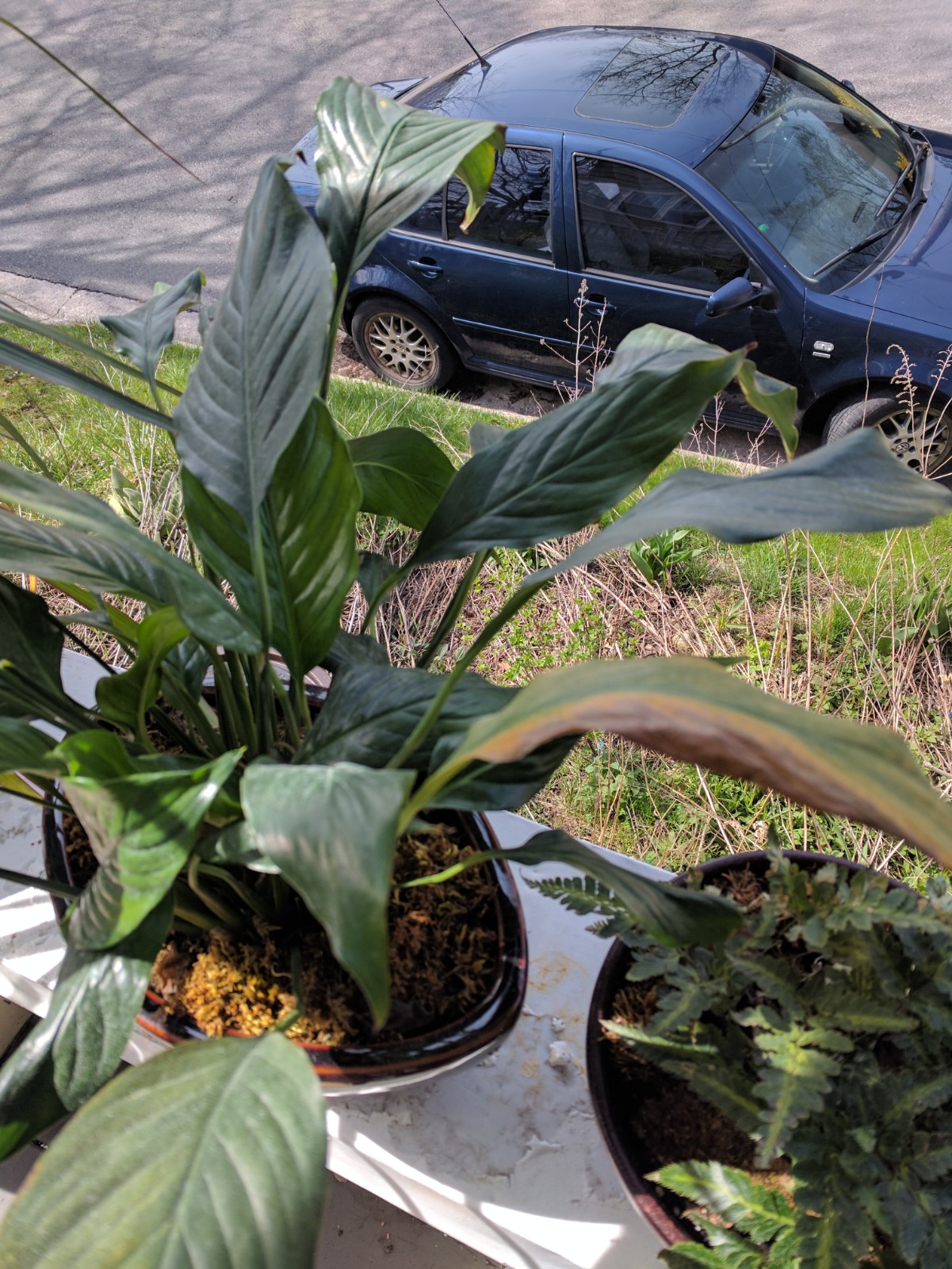 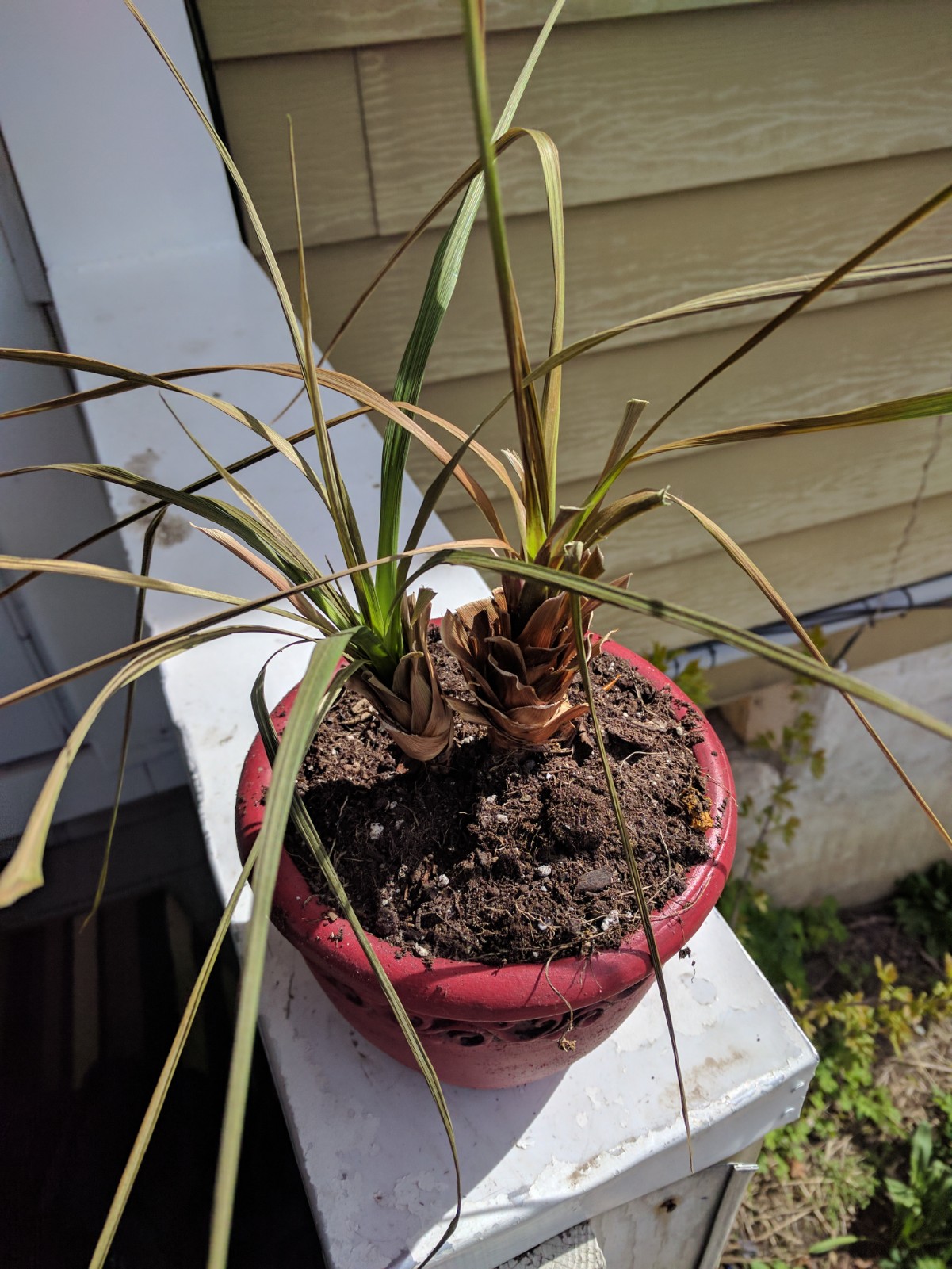 It would be better if you posted images of the plants you're asking about, even if you had to post separate questions. A hygrometer only tells you the moisture content of the air, not the moisture content of each individual potful of soil, so how often have you been watering your plants, and exactly how do you water - soak them thoroughly, let them drain down, or just give them a few drops? And how often? A description of your watering routine would be useful.

First, I can see a Peace Lily and what appears to be a fern of some sort to its right, only partially in the photo; the second picture shows something I can't identify - it does not really resemble any Dracaena I know - even Dracaena marginata should develop a good stem over time, and I'm not seeing anything like that in the picture, but perhaps someone else will recognise it.

I've spent some time studying the Peace Lily - I can't work out what its planted in that has that oval shape, so I'm assuming perhaps a ceramic pot of some sort, which hopefully does have a drainage hole in the bottom. It appears to be suffering a bit of drought, otherwise is pretty good, but unless you bring it back inside immediately, it will also be suffering from exposure to sunlight, which this plant absolutely does not like. Peace Lilies seem to require watering more often than most other houseplants, in my experience.

The plant I cannot identify in the second picture has too much soil in the pot - there should be a gap between the soil and the top of the pot, otherwise it's impossible to water because it will immediately run off the mound of soil. I also cannot see any of these 'bluish bigs' which I take to mean bluish coloured bugs. Again, the pot it's in should have a drainage hole.

Need more images, preferably separate ones - I'm not seeing any English Ivy plant at all, but the most important thing to do is bring your plants back indoors immediately - putting them outdoors in sunlight will damage them, and if there's a significant temperature difference between indoors and out, that will cause damage too.

Not the answer you're looking for? Browse other questions tagged diagnosis houseplants watering dracaena peace-lily or ask your own question.