What can I do with a large, old tree?

The house we recently moved into has a large tree that I believe to be a Tulip Poplar in the back yard. It's 40-45 feet tall and the trunk is roughly 21 feet around (~6.7 feet across). However, it was topped before we bought the house, and the trunk is covered with ivy for almost the entire height. I don't know how old the tree is, but the house is about 90 years old.

Aside from one (large) side branch that appears dead, the remaining branches are growing leaves, but the arborist I've talked to (over the winter) said that they probably aren't enough to feed it. The tree is close enough to the house that if it fell in our direction, it would cause serious damage, but it's also close enough to the edge of the property that if it fell in almost any other direction, it will "just" hit a parking lot.

As such, I have the following two questions: 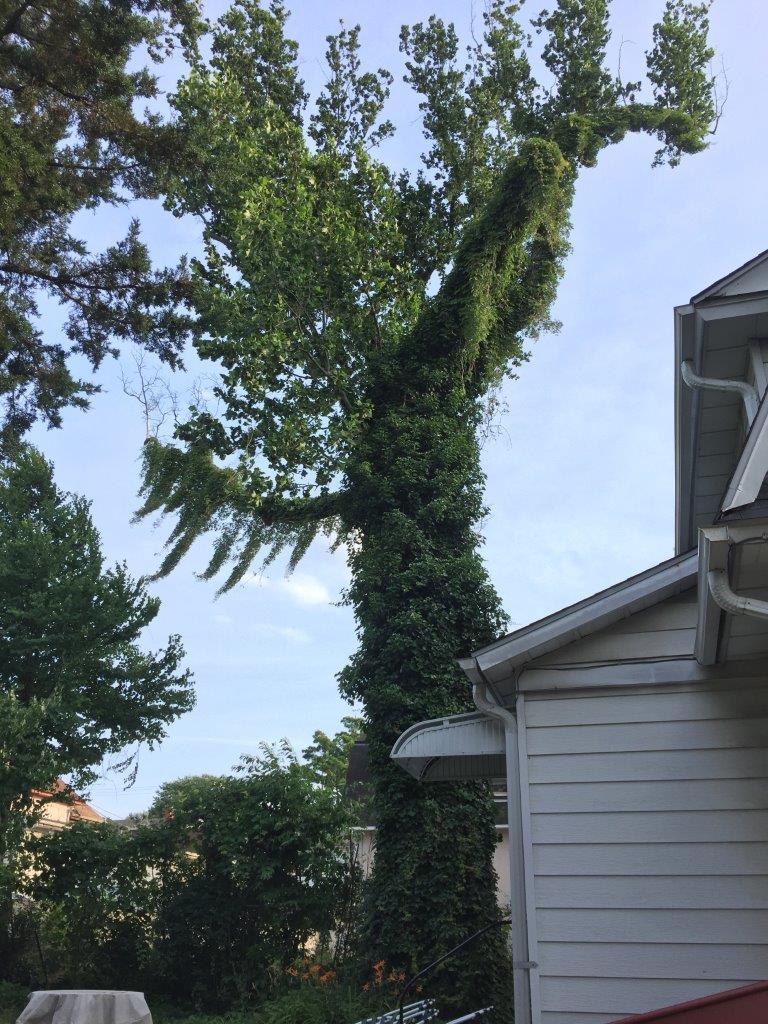 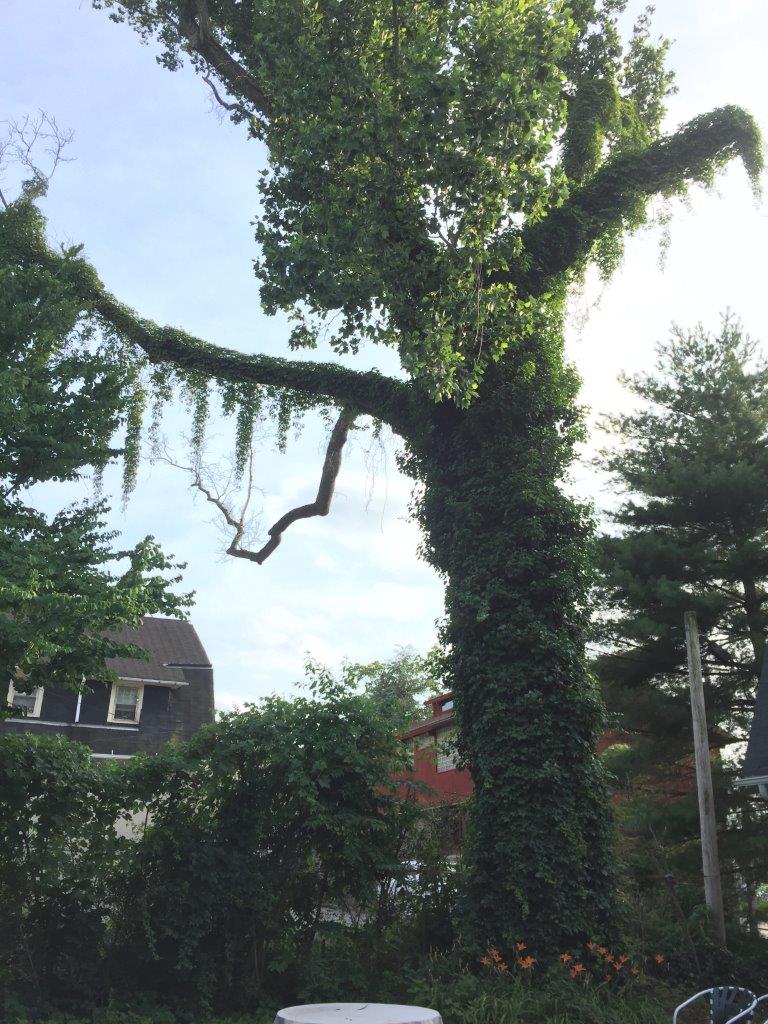 The ivy isn't helping matters. It will eventually girdle the tree. Additionally it is adding weight to the crown, and acting as a sail, especially in the winter when the tree isn't used to having extra foliage up to. At the very minimum, cut all the ivy shoots around the tree at about waist height, removing 6-12" of stems. It would be best if you could work backwards and remove the ivy at least 5 feet from the trunk. I encourage you NOT to pull the ivy off the tree above where you have cut it. It will die and drop it leaves fairly quickly. If you pull it, you risk pulling large trunks of ivy off the tree which can easily hit you, or breaking branches, etc.

I too love the fact that you want to give the tree a life beyond firewood. Often times trees are saved for large restoration projects for what is called "large woody debris". The trunks and main limbs are scatter around for habitat and slope stability. I would reach out to any organizations that might be involved with such projects (public utility, universities [especially the grounds crew], parks, garden, arboreta, etc).

Not sure what part of the world you are in, but there might be chainsaw artists who would like it. Or as mentioned above, youth groups, speciality lumber mills etc.

It's a difficult call as to whether to remove the tree. Topping has weakened the tree, and likely caused the center of the trunk to rot from the inside out. The large dead branch, and weak leaf system might indicate fairly massive root disturbance. Are the parking lots fairly new? You might look for somebody to come do a hazard tree analysis for you. They would not only be able to determine the health of the tree, but the likelihood it would fail (and possibly which direction it would be mostly likely to fall).

Not the answer you're looking for? Browse other questions tagged trees tree-removal or ask your own question.

8
Second opinion: Arborist says tree needs to go
8
Oak tree - arborist says needs to be removed?
2
removing Italian cypress
7
How can I save a branch injured by wind stress?
4
What should we do with a 7-8 year old honey locust tree that has been damaged by disease?
4
What is wrong with my trees? The bark on one side is cracking, splitting, and peeling off
7
How many years does it take to grow a tree big enough for firewood?
4
I need help deciding on what tree to plant in my backyard
5
What would strip the bark off a 20+ foot American Elm tree overnight?
3
Can I correct the uneven branch growth in my hibiscus?