bright spots on tomato leaves - illness or just to much watering?

I've transplanted tomatoes into the bigger pot. I am keeping the plants in the green house. My growing ritual is somewhat unusual, but I am determined to give it a try. When transplanted I cut the main stem and plant them 25cm deep.

After 10 days, i noticed some whitish-yellow spots on the leaves. See images below. I am wondering, what is this? I haven't found exact match of such leaves on google, but it look similar to oedema or leaf mold. Do you know what is wrong with my tomatoes? Besides this spots, the plant looks great and has lots of new growings. 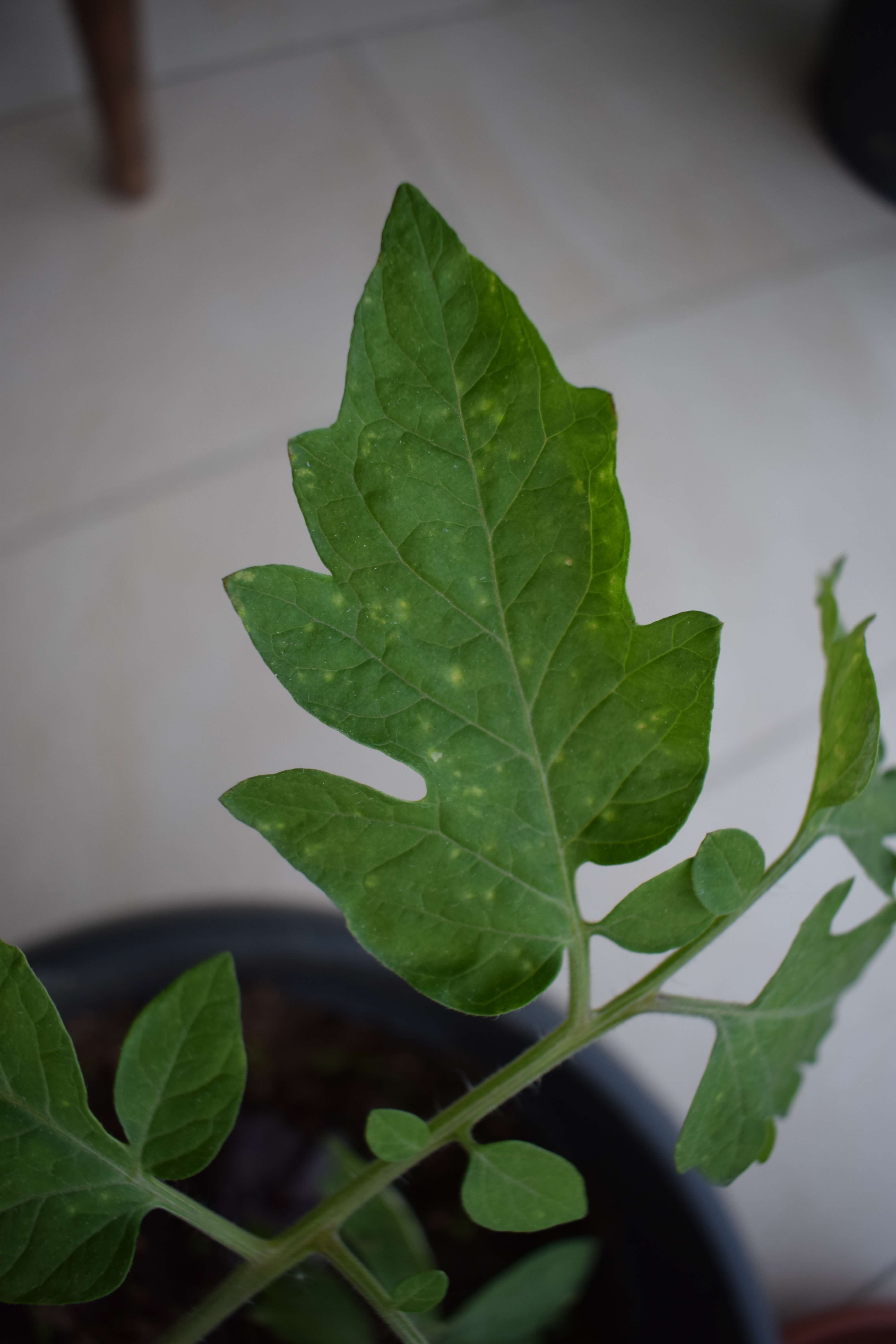 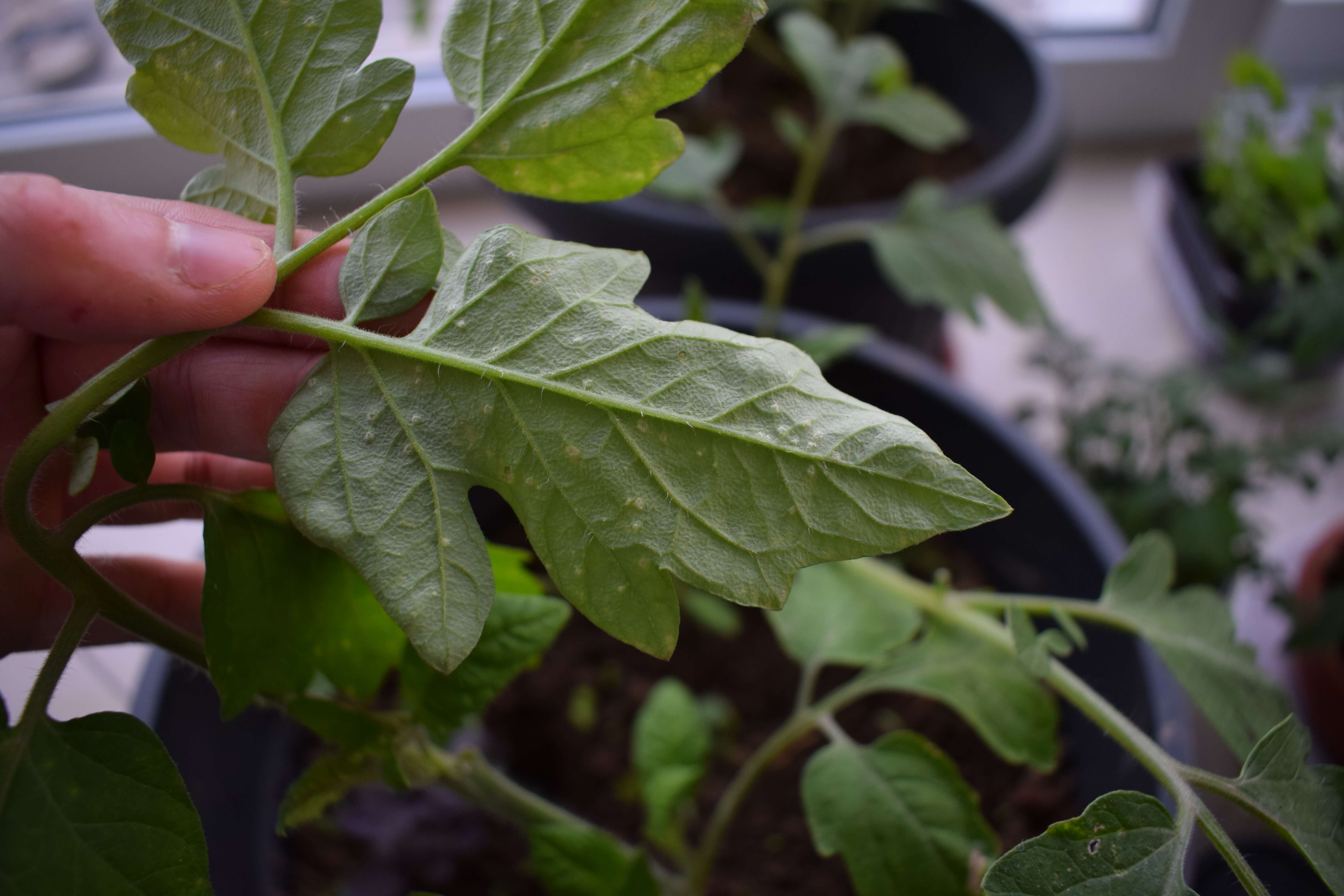 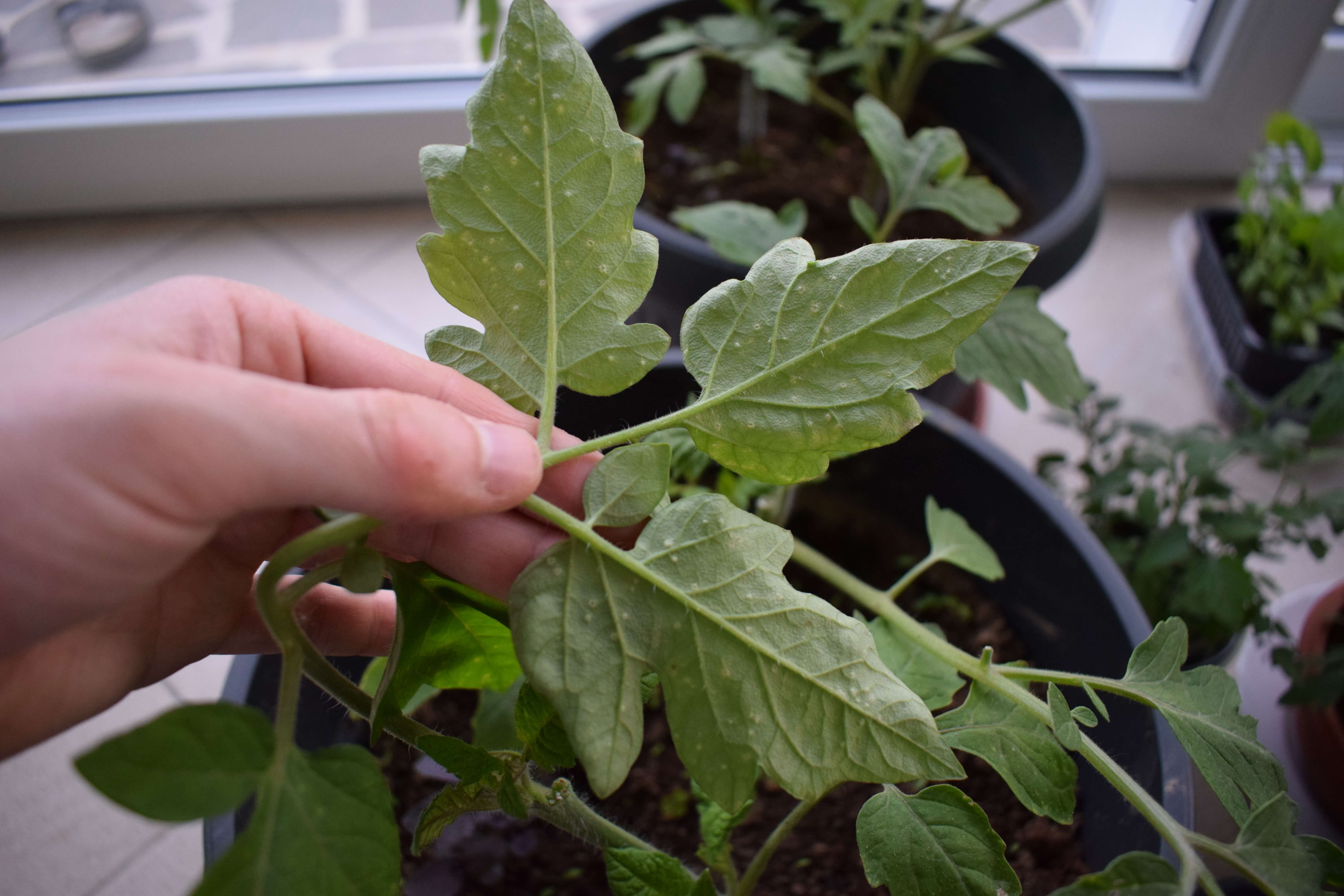 Here are some more images: http://imgur.com/a/GUj6Q

UPDATE after a week: The plant is doing just fine. Very few of the spots turned into holes, the others remain the same size and shape.

It does look like edema to me, due to the bumps on the undersides of the leaves. However, spider mites could be accompanying the edema. Also, alternaria, anthracnose or similar fungi might lead to similar yellow spots on foliage.

To help prevent edema symptoms, you can try the following:

I'm guessing you just barely put the plants in your greenhouse. If so, the problem will likely go away soon (on new growth). If not so, I wonder if there's a lack of ventilation in your greenhouse, or if it's too hot at night (if it's warm, humid and dark without air movement at night that might increase the likelihood of fungal pathogens). My greenhouse is unheated (so it's much cooler at night); same for outdoor humidity domes. I'm not sure if that's why I've only had plants with edema issues indoors, but it's worth a try, perhaps (as long as you don't damage your plants; some people think damage from cold can contribute to fungal pathogens; I guess it really depends on a lot of stuff, though).

Ventilation (air from outside) in humidity domes and smaller greenhouses is supposed to be important for transpiration, I've read (and I've noticed that plants won't grow—and in fact can dwindle—and that seeds won't sprout, if there are no open vents on the small greenhouse). I don't know how much of an issue this is for a larger greenhouse, but it might be worth investigating.

Without being able to slice open those little packets I am guessing this is a leaf miner. The top yellowed spot is caused by the female depositing eggs and or the (fly) gets a chance to eat. Those little bumps are eggs. When those eggs hatch then you will see squiggly lines that show where the larva has been to feed.

The best thing would have been to cover your plants so the fly wouldn't be able to lay eggs. To use systemic insecticide now will ruin your tomatoes as edibles. I would prune the leaves that are infected, now. Cover your tomatoes with a 'row cover cloth' to prevent more egg laying. Tomatoes will add lots more leaves before flowering. Hopefully you are using NPK with N as the lowest or at least equal number in relation to phosphorus and potassium. A little miner damage will not hurt your fruit. Keep pruning leaves that have these bumps/eggs. Because this is early your plants will be putting out new foliage and the cover will prohibit adult flies to lay eggs in the newbie leaves. Your fruit and plant need leaves with which to make food for energy to make flowers and fruit/tomatoes.leaf miner cycle

Those flies easily get into your green house. But potted like this (gosh I hope it is sterilized potting soil) will make it easy to sequester and cover with row cloth. Super duper thing to discover...pin the edges down with soil so that the fly is not able to crawl beneath to get to your plants. There are also ways to plant 'trap' crops that these flies love even more than your tomatoes. You then get rid of the trap crop and tomatoes are protected. But we can talk about that later. Your tomatoe leaves are hosting a particular fly larva and you want to get rid of those leaves before the larva become flies and mine your leaves so badly they are unable to produce via photosynthesis energy for your plants. Get rid of those leaves now and your plant will stop using up valuable energy trying to maintain those egg filled leaves and that energy will go into making new leaves...and flowers then fruit.