Is this bamboo or just long grass?

After digging out loads of Buddleia plants and brambles I started hacking away at what I thought was just overgrown grass. However I've a feeling it might be bamboo. If so I would just like to know if I can leave it there or if it's the bad sort that needs digging out? I've lived here for 11 years and it seems pretty small so I don't know where it came from if it is bamboo. Any info would be great! If it's not the sort to completely take over the garden it will be great as I'm starting to grow tropical style plants e.g. [Musa basjoo][1] and palms. 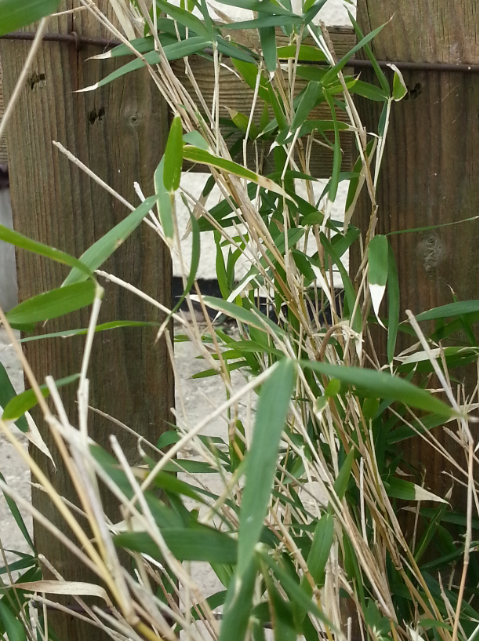 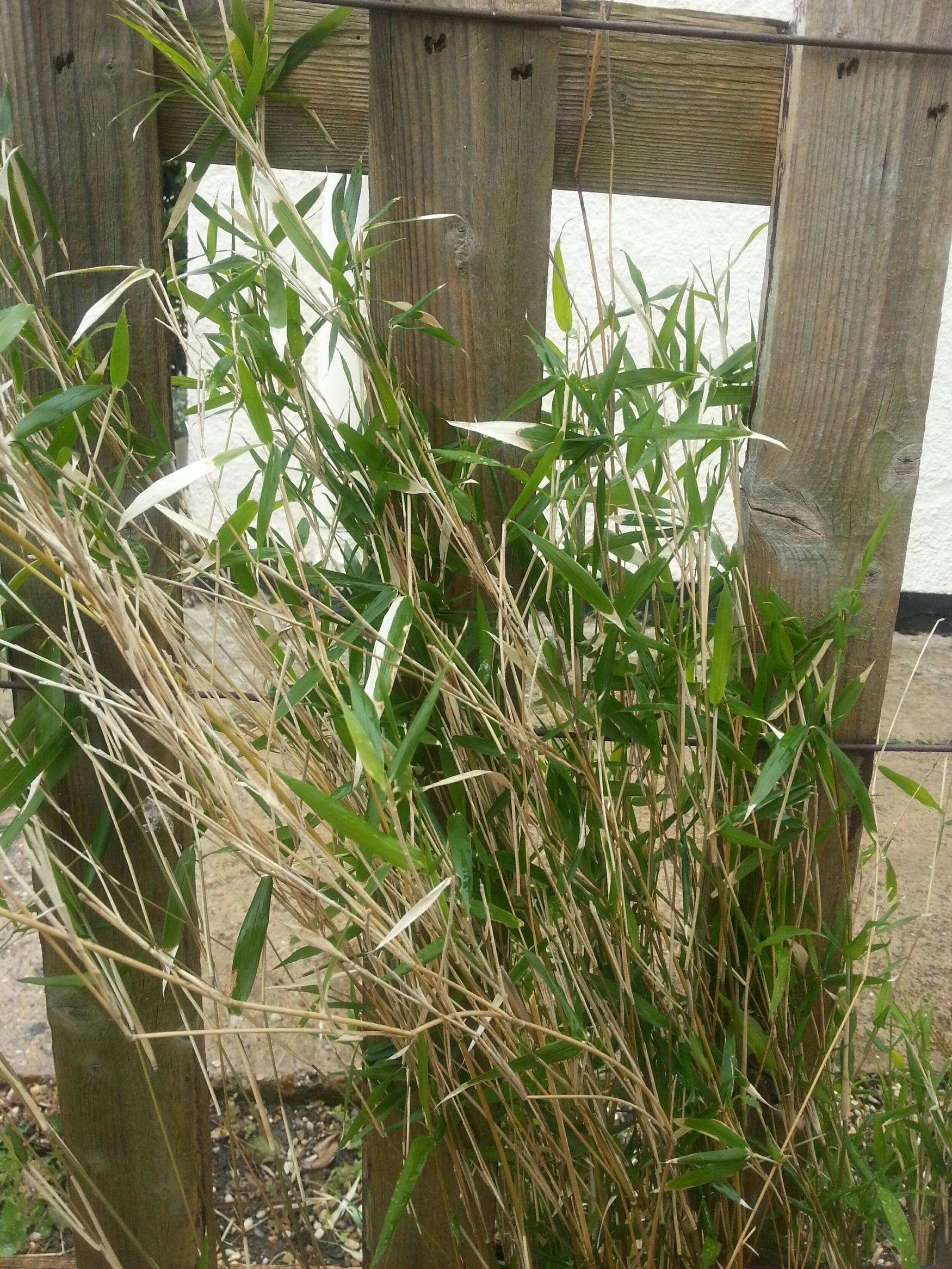 It does appear to be one of the bamboos, not sure which- its looking a bit tatty so hard to say which one it might be. The stems on it just look straw coloured at the moment, but if it is a bamboo, those stems should be pretty rigid and hard to break, even if they're dead. As it grows, it might be possible to decide what it is, whether that's a true grass or a bamboo - hopefully, it's one of the Fargesias if its bamboo because they don't run.

Check the area around it to a distance of six feet to start with - you're looking for shoots that might be bamboo, because it might have invaded already. If you can't see any, I would attempt to dig around it, just to see whether it's put out running rhizomes to a good distance under the soil - if it has, then you can assume its one that runs, and if you can remove it, do so. No reason why you can't replant it, but you'd need to insert a rhizome root barrier all around the area you want it to grow, to stop it spreading into areas where you don't want it to.

UPDATE: You've said you're in the UK, in which case its definitely not one of the prairie grasses, and much more likely to be one of the bamboos than any other grass like plant. The strawlike colour of the stems is still odd for a bamboo though, and it looks fairly short, though hard to be sure, but if the stems are rigid that's what it is - it resembles a rather poorly Sasa hyatae, or maybe Pseudosasa japonica otherwise, assuming it isn't very tall.

This looks to me like some overgrown crab grass I have seen in Florida. As a side note bamboo is technically a kind of grass.

Not the answer you're looking for? Browse other questions tagged identification grass bamboo or ask your own question.

8
What is this dead light brown patch on my lawn, and how do I get rid of it?
4
How do i keep my bamboo plant straight and healthy?
4
Soil nutrient replacement, bamboo question
1
What is this grass?
1
Identify the species of bamboo shown
5
How to eradicate bamboo from suburban SFH?