Could termites cause a hole with dirt in the middle of a cut tree?

I recently cut down a tree in my back yard, and after looking at the stump I noticed a column of dirt in the middle. This didn't look or feel like rotted wood, but actually kind of muddy. In the picture, you can see the hole, and also some of the 'dirt' that I scraped out and wiped on the stump next to the hole. It seemed to go quite deep. Is this termites? I recently bought the house, and there are termite traps located in the yard around the house. 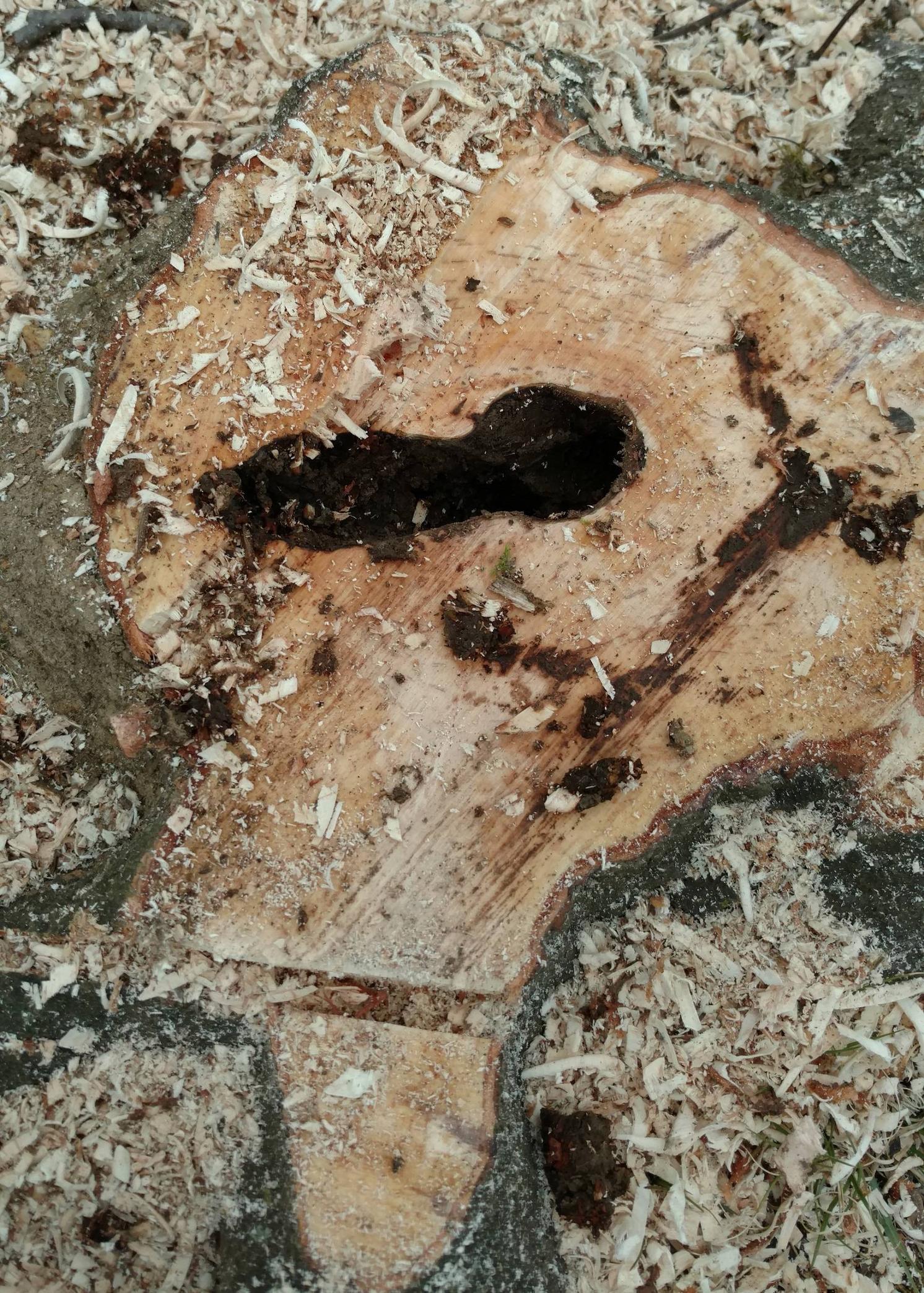 We had the same type of rot in various Birch trees, however there weren't any termites or other insects. It appeared to have been caused by some sort of fungus that caused it to rot from the inside out, producing a similar strange brown/black rotted wood mass.

I wouldn't take any chances though, especially as you mention that there were already termite traps set up.

Not the answer you're looking for? Browse other questions tagged trees pests rot or ask your own question.

13
How deep to dig for a new flowering pear tree?
5
How to get rid of sprouts coming from a chinaberry stump?
3
How should I deal with my willow tree that has been butchered by the council?
3
Did my Dogwood die because it was planted with wire around the roots?
8
Japanese Maple Care after years of neglect
6
Euphorbia stems keep rotting in succession
6
What can I do with a large, old tree?
5
What should I do about a tree that is growing over my retaining wall?
2
Bonsai tree keeps losing leaves
2
Are dead mice by my compost heap a sign of trouble?