“Plenty of light but no direct sunlight”: reflection on walls vs shades diffused sunlight

For many indoor plants I read this instruction regarding light requirements: "Plenty of light but no direct sunlight". How I understand it is that the light has to come from a secondary source of light (meaning from reflection, most likely on walls). I was wondering if direct sunlight going through a cream colored fabric shades (pic below) before hitting the plant was also acceptable as the light is dimmed/diffused by the fabric? Or what are the other ways to avoid direct sun light while having "plenty of light"? 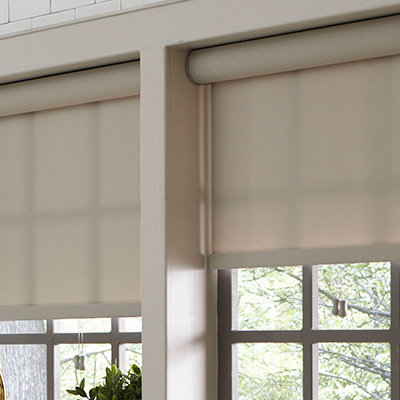 It's not as complicated as it first appears - where it says plenty of 'light' read daylight, such as that which comes through a north facing window, but without direct sun. Some houseplants like some direct sun, others like a bright (daylight) spot but sunless, so that would be probably around four or five feet away from a window which does get some sun, or a sunless windowsill. Yet other plants prefer semi shade (moderate daylight, example, Spathiphyllum) and a few others will do fine in a 'shade' area, which means it receives neither direct nor bright daylight, but it's an area where you could perhaps read a newspaper or book for some hours during the day without needing artificial lighting. Plants that fall into the 'shade' category are Aspidistra, Aglaonema and Asplenium. Most houseplants will do fine in a bright or moderate sunless area, and many will adapt to slightly lower light levels. Conversely, plants which do not like direct sun will not adapt to that, they will suffer, although many non sun lovers will tolerate a bit of sun during winter.

In regard to shades over the window, that might be a bit too dark for many plants, unless the window concerned receives quite a lot of sun - the shades would filter out the sunlight but allow sufficient daylight through, assuming the material is white or cream, not coloured.

I see you've added a photo - you should keep the shades lowered to keep the sun off, but raise them as soon as there is no sunlight coming through the window. Keeping shades like that down all the time would mean insufficient light ongoing, so if the windows you've shown are yours, the sun comes through there and you want plants on the windowsill, it's probably easier to choose plants that require some direct sunlight.

Plants have to have enough light with which to survive. Indoors is truly only meant for plants that thrive in the shade out of doors. Yet there are lots of tropical plants grown out of doors in the tropics in our homes because at least they won't freeze.

I have forgotten the loss of light from a window with each foot away from that window...but it is a big deal. Called Foot Candles. This article is excellent. Those drapes should never be pulled down during the daylight hours, for sure! The light that gets through is fine for humans but plants not at all. Check out this article, it should illuminate your knowledge about light and plants! ha ha ha

Not the answer you're looking for? Browse other questions tagged indoors sunlight or ask your own question.

5
House plants - What and how