How can I determine which trees are unsafe in strong winds?

We had some fairly extreme weather in the UK, enough wind to blow over a tree. Luckily nobody was hurt as the trunk rested larger branches, narrowly missing the neighbours fence. The trunk and branches have been cut in several places as it can be seen below: 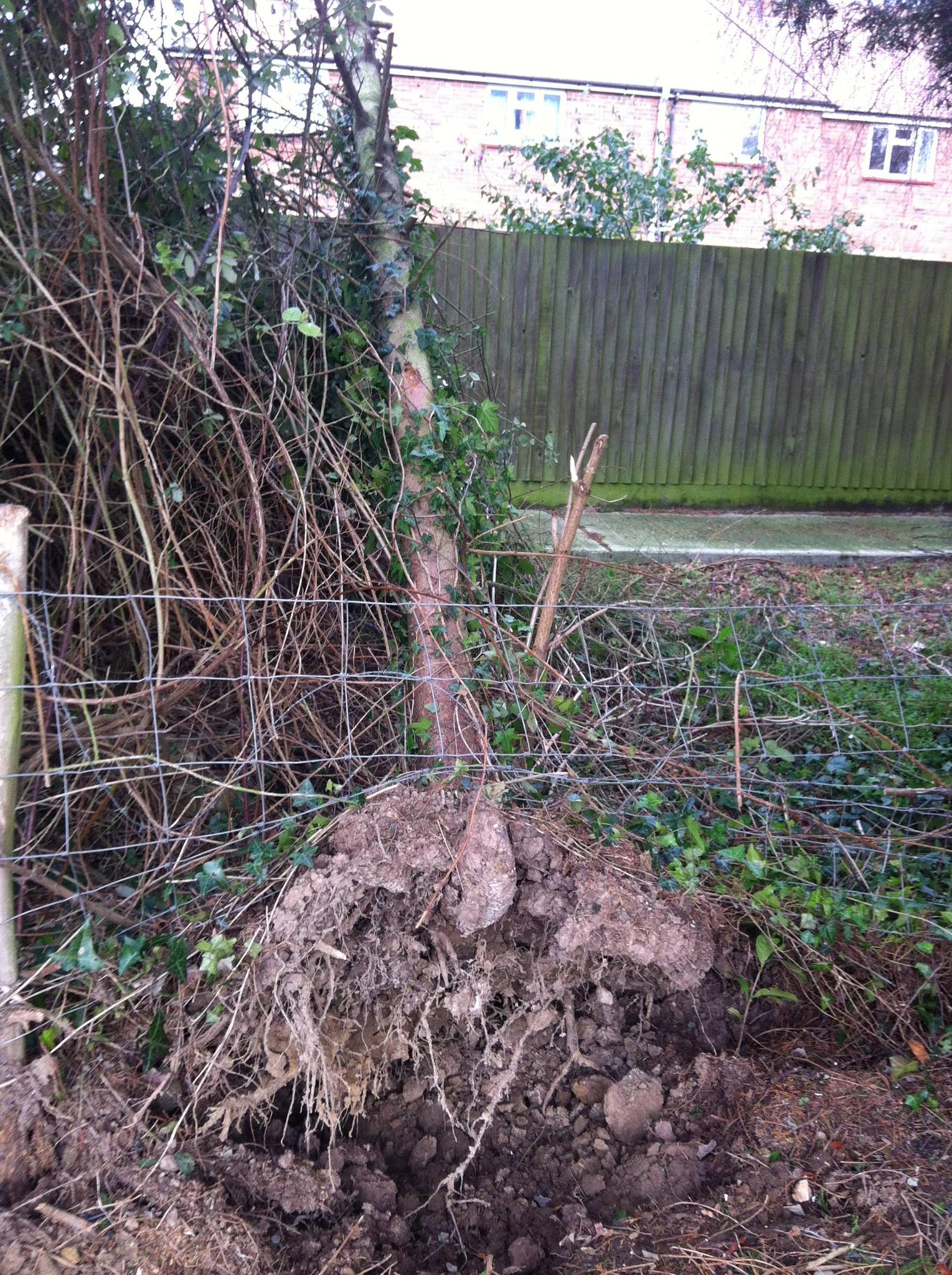 Two of the same mature pine trees are planted either side of this tree which concern me as well as a few other trees in our garden. How can I tell which trees are expected to fall and what can I do about them?

It's probably very hard to tell simply by looking at a tree, that otherwise shows no obvious indications of being weak, but here are a few things to watch out for:

These are some of the visual indicators that you can use to identify. However, the bigger culprit lies underground, which is very hard to correct once the tree is established. If the root system is not well developed or shallow, then it will easily be blown over in a mild storm.

A lot of these problems have to do with improper care for the trees when they're young. Here are some things to keep in mind when you plant a new tree, so that you won't have problems 5–10 years later:

I just saw this picture on reddit showing a tree that got uprooted in the recent storms in the US. This clearly illustrates my point above about shallow root systems being an easy prey for strong winds.

In today's "model" homes with quick-n-dirty landscaping, the builders more often than not, top off with a foot of soil with a hard gravel/clay/cement base underneath. While this might be fine for most plants, you should not plant trees here. In this case, the tree grew shallow roots that spread through the lawn because it could not go any further down (possibly hard base). Besides, having a lawn also ensured adequate shallow water supply which mean it didn't have to try to grow downwards either. 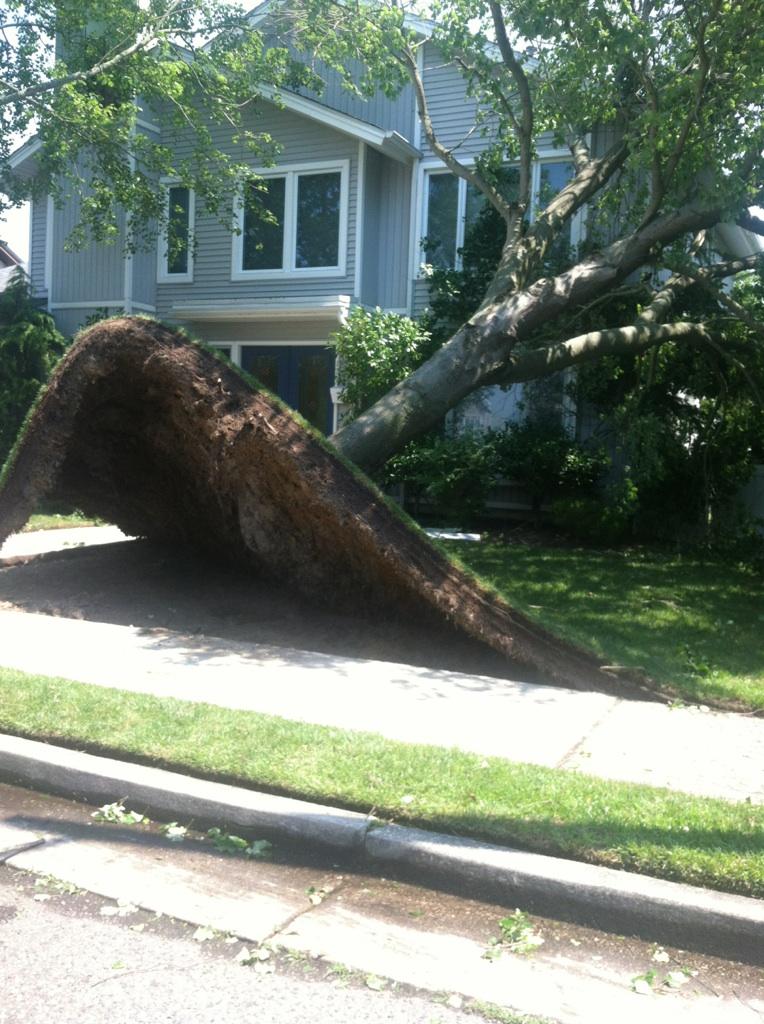 29
Is staking young trees helpful or harmful?
18
What should I do with my Cherry trees?
11
How much should I water my cherry tree sapling?
12
How should I choose which trees to cull?

10
How to protect broccoli seedlings from high winds?
7
Why is the ground moving around my tree?
12
Why is my new Acer tree dying?
9
Bay Leaf Tree (Laurus Nobilis) with severe scale
7
How can I save a branch injured by wind stress?
4
Liquid Amber/Sweet gum (Liquidambar styraciflua) tree stress and rotting
3
Fire Damaged Bay Tree (Laurus nobilis) - What to do?
3
What has damaged this tree?
4
Should I thin my pine trees branches due to winds?
3
What to do with a williow tree with a cracked split trunk due to strong winds