I have been growing in my flat an Avocado plant sprouted from a seed in December. It developed well, up until about a month ago, but then brown dots started forming on the leaves, the oldest leaves first and spreading to the newest. The dots start small on the edges and very quickly spread over the leaf, until the leaf dries out and the plant discards it.

At first I blamed this on dry air caused by the central heating (In the picture you see a radiator, but that's just where I put the plant now that the radiators are off. During winter it was in a different position.). The plant now is next to a window open most of the day, so the air shouldn't be as dry, but still the spots returned.

A second hypothesis I had was high salinity of the water. Tap water here is very hard and reading other articles it seems that there could be a stagnation of salt. To counter this I replaced most of the earth in the vase, but this still didn't stop the leaves from browning.

The plant itself is now down to three leaves, one of which is the one in the pictures above, and the top gem is not showing signs of development, so I'm running out of ideas to save the plant.

Any hints on what might be causing this and how to prevent it from extending to the rest of the plant? 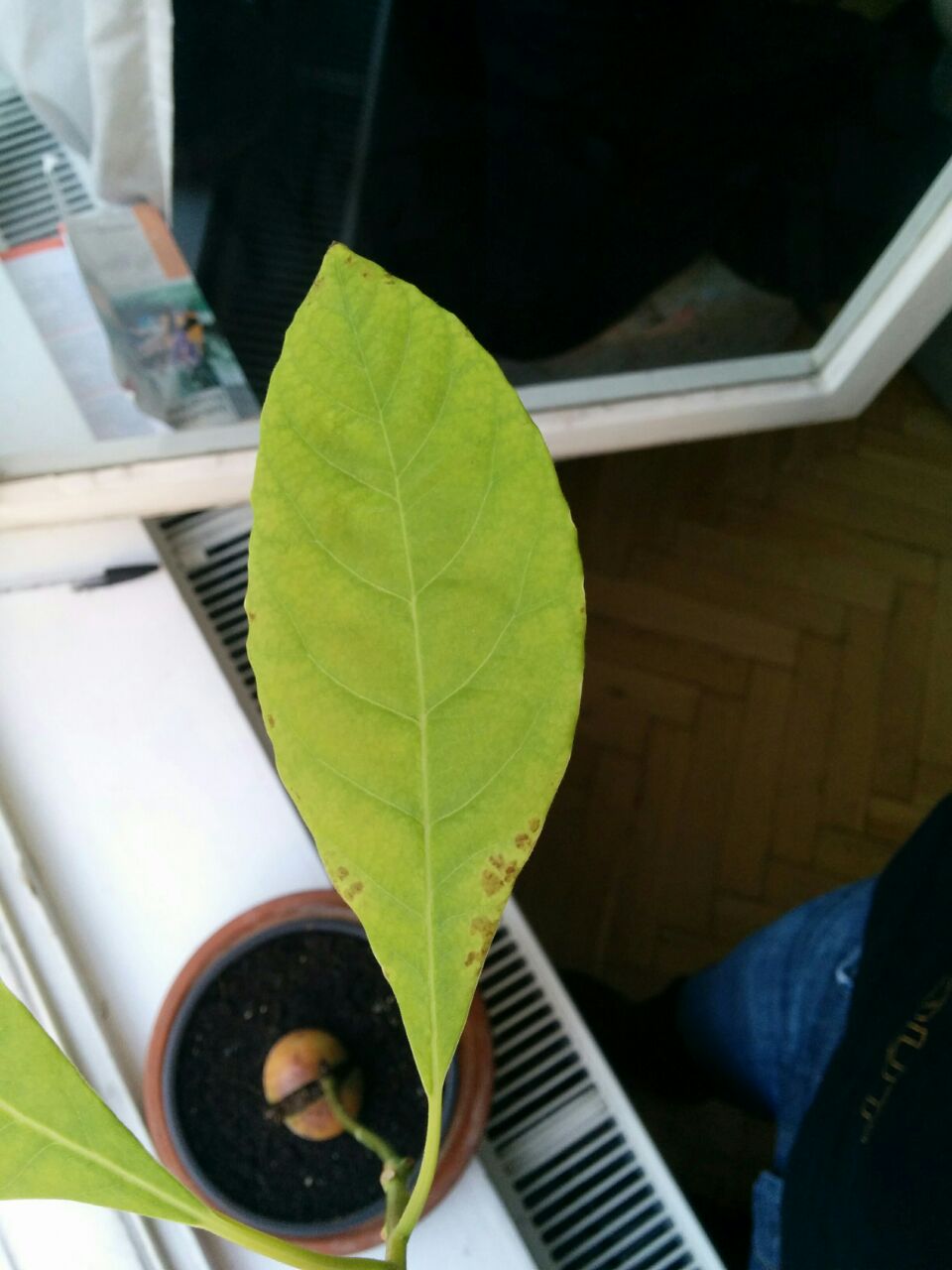 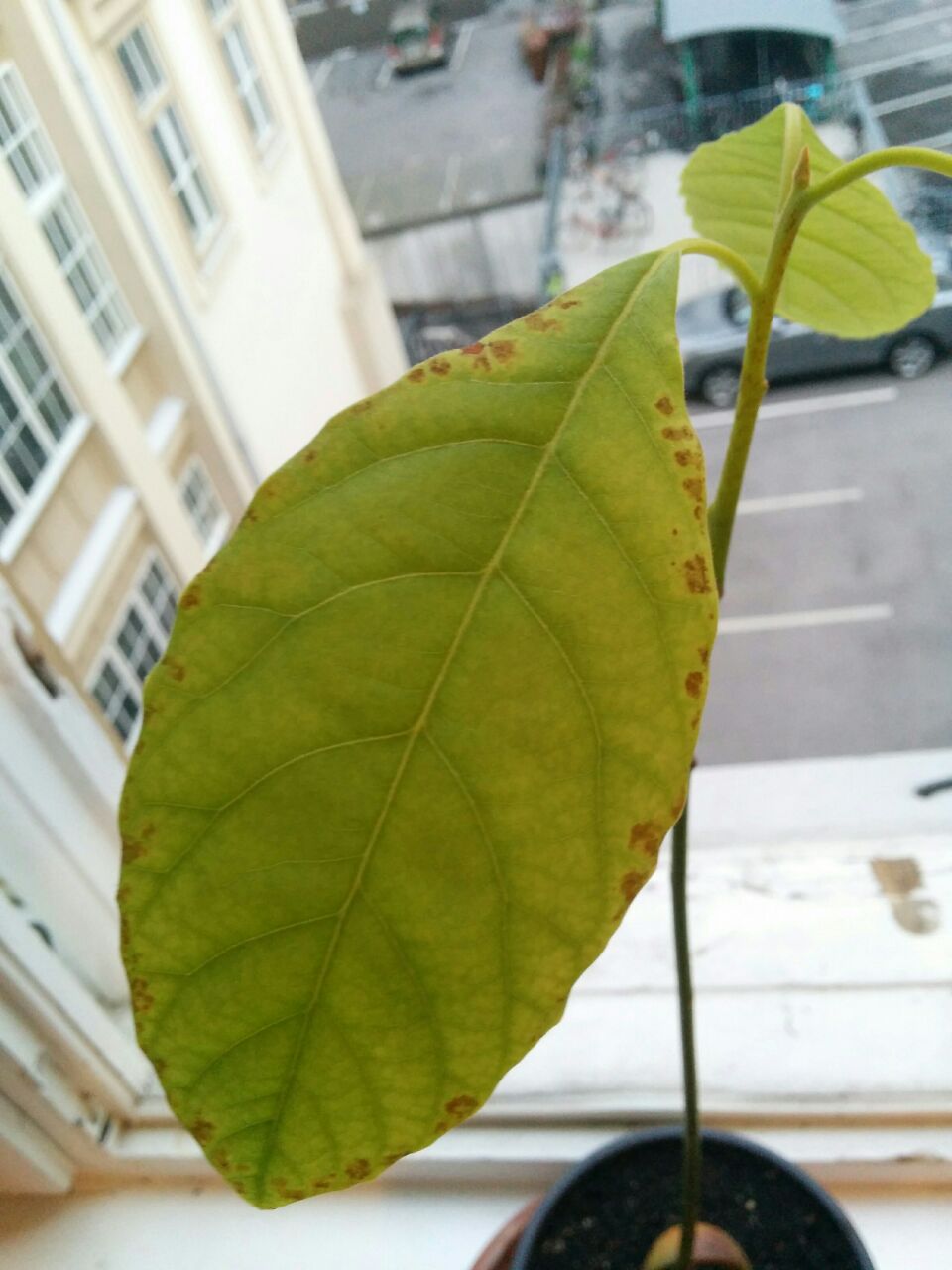 This leaf is telling me that this guy isn't getting enough nitrogen and that you are using tap water. Have you fertilized? Are you using tap water (very high in salts that cause browning of the tips and margins, very common)? Get a little bottle of OSMOCOTE 14-14-14 it is extended release and the only fertilizer I recommend for newbies and for simplicity. Go by the directions to the letter. It looks like he is ready for a bit larger pot. Use only potting soil and get another clay pot that is 6" versus the 4" I am looking at (is that correct)? No rock or gravel below the soil, get the bottom of your pot off the surface and do not allow the bottom of the pot to sit in the excess water such as in a saucer. Put thin tiles or chunks or flat stones beneath to put a layer of air beneath the pot and the surface that will enhance drainage. Definitely needs some fertilizer first and foremost. Not a lot. Osmocote will probably only be needed twice a year...like a tsp at first a tablespoon in 8 months in the newer larger pot. Allow the soil to dry out a bit before watering. I'd get bottled water and not use the tap water (same for you btw, don't drink the tap water, where do you live)?

Not the answer you're looking for? Browse other questions tagged houseplants plant-health diseases avocado or ask your own question.

6
My Avocado’s leaf are turning brown