I've seen this bush everywhere, and the smell of the leaves brings back REALLY strong memories for me, but I don't know what it's called. It sometimes has flowers, but not very many (usually 4-5 on a decent sized bush).

Here's some shots from the bush just outside my office at work: 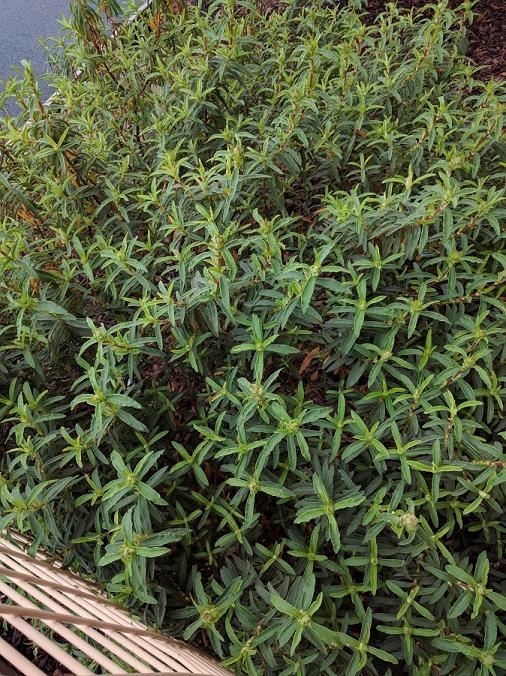 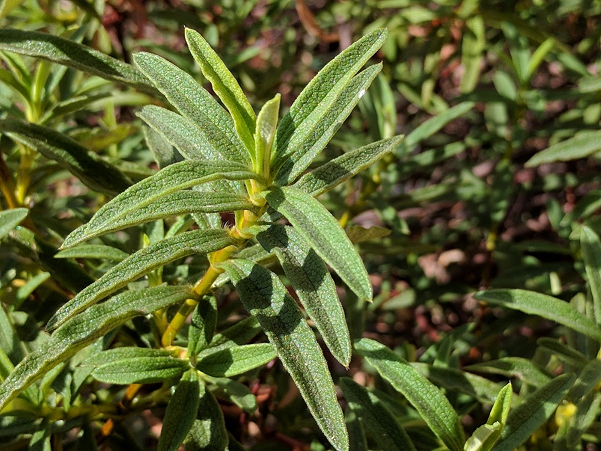 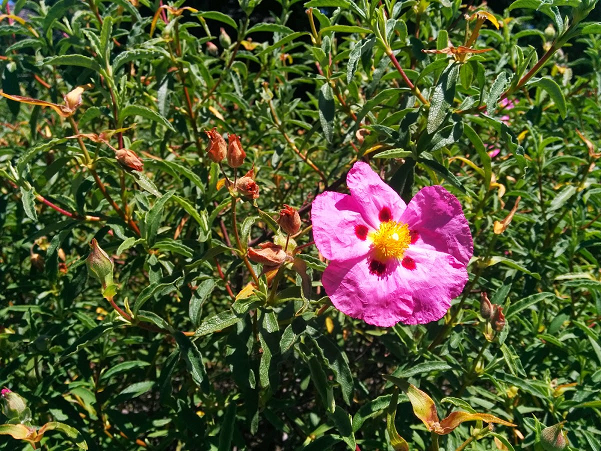 Does anyone know what this plant is called?

It's a Cistus variety, often commonly known as rock rose (though that's confusing, because the smaller but vaguely similar Helianthemum varieties are also known as rock roses). They all have these flowers which have the quality of slightly creased tissue paper, can have fragrant leaves, and come with pink, deep pink (though this colour is often described, somewhat optimistically, as 'purple' by purveyors), yellow or white flowers. They are evergreen and pretty drought resistant.

I'm not sure which variety you've shown - the leaves in the first picture are not quite the same as the leaves on the variety with pink flowers in your other picture. I'd have said, for the first one, most likely Cistus creticus, which can have pink flowers, but its flowers do not have the five dark spots shown on the flower in your second photo, hence my inability to name the variety. There are around 20 varieties of this plant - more information here http://www.daleharvey.com/Directory/A-Z+of+Plants/C/Cistus+Solid+as+a+Rock+Rose.html