What's a good full-sun groundcover for Zone 6A?

I'm in Zone 6A, and I have some blueberries planted in a 16x45 or so open area that I need covered with some kind of covering.

I also have some stonework nearby, with 1/4" to 3/4" gaps that get choked full of weeds. Is there a good plant for stonework gaps in my Zone? I don't mind, and would probably even prefer, a different plant for between the stonework.

I have a couple plant ideas already, but I wanted unbiased 3rd-party suggestions.

I'm also in zone 6A (Massachusetts, USA), and have something that works perfectly for me.

It is vinca, also called periwinkle. I think mine is vinca minor, but there are a number of varieties, so it might be something else in the same family.

As for your criteria:

According to No Fail Groundcovers vinca's a good choice. It also has information about pachysandra, and Boston Ivy. In fact, Boston Ivy may even be a good choice for you because it specifically likes full sun. I can't tell you from experience, because I haven't grown it, but I think it's definitely worth checking it out.

Additional information about vinca can be found here and here.

Edit: Above the vinca pictures in the original answer, I added some that bloomed in May. They're from all over my yard, in sun, part sun, and shade. Some are out in the open; one is under a blossoming bleeding heart which is under a rhododendron; and one is under some miscellaneous plant debris left over from last year which I didn't clean up! The only two that are not mine had been in the original answer, with links to their sources.

All of the pictures have been made smaller so as not to take up too much room. Click on them for larger, closer views. 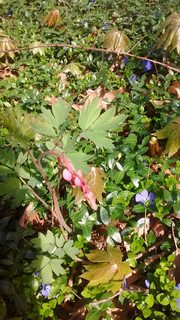 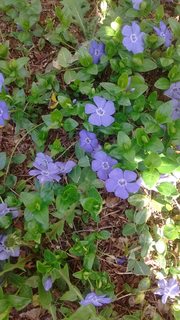 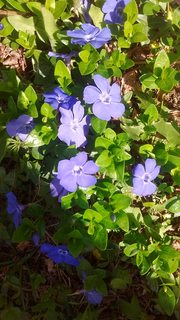 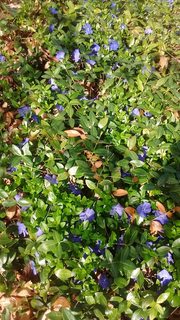 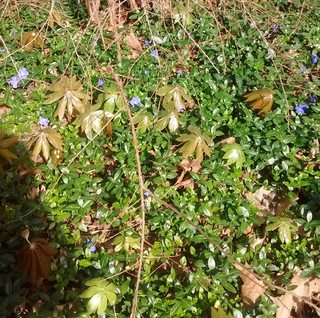 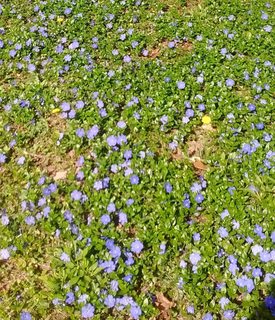 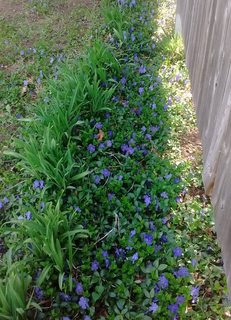 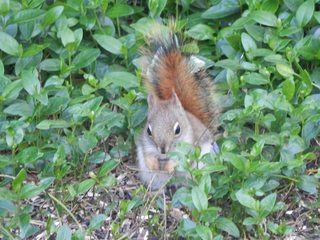 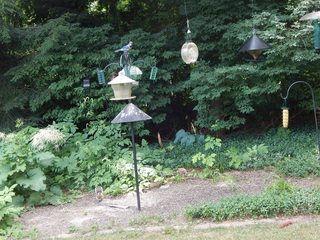 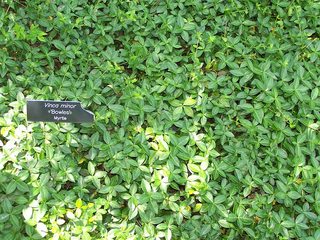 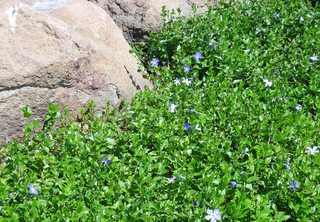 Otherwise, 3-6 inches of pine needles and don't worry about growing much of anything (though I find that daffodils and fringed bleeding hearts get along fine despite the blueberry-centric acid level. I guess the FBH could be seen as a ground-cover, sort-of)

I had initally forgotten that I also have heathers Calluna in that bed - They also like the acid soil (and are low, and can be walked on to some extent without damage.)

Not the answer you're looking for? Browse other questions tagged sunlight ground-cover hardiness-zone or ask your own question.

5
Good groundcover for bonsai
6
Ground cover for 2000 sq.ft (half full sun / half partial shade) with 60º slope
3
What is a good aggressive groundcover for high elevation mountain west?
9
Is a screened in porch full sun or partial shade?
2
Can I plant sun-loving annual seedlings in partial shade if the area will have full sun in a few weeks?
7
How important is full sun for a Blue Spruce tree?
4
Groundcover that will thrive in (Zone 9A) in Sierra Pine forest environment?
3
What type of edible mushrooms can I easily inoculate in logs and grow in USDA zone 4a for full sun?
1
Lavender (angustifolia) not handling the full sun well