How to keep away Forficula auricularia from cabbages?

Here is a photo. This type of bug is eating all cabbages that I have planted some weeks ago. Apart from killing one by one, there is any solution? Probably they are living in the organic substrate. 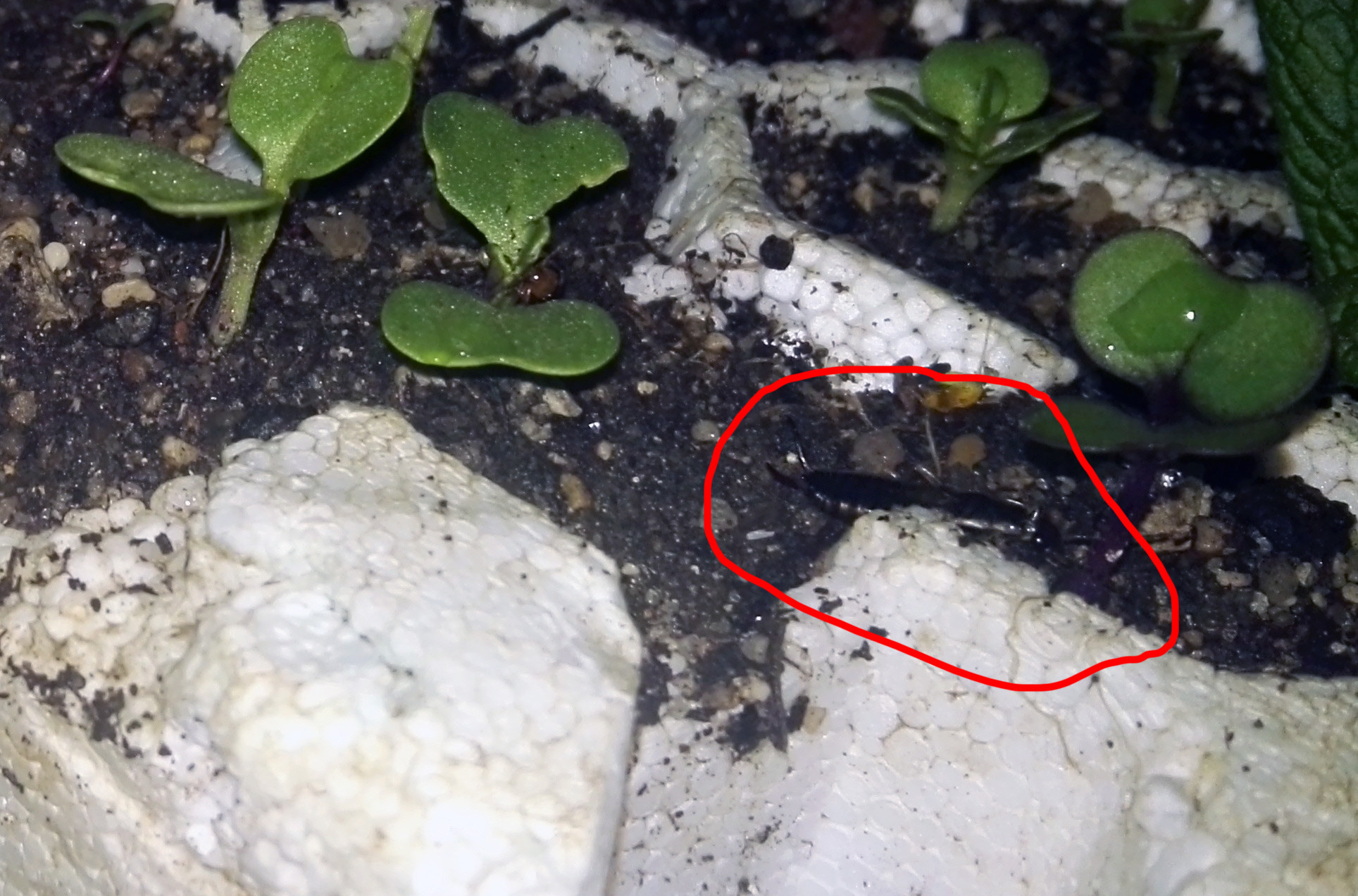 Earwigs do most of their damage at night. What's at question is whether the soil you've used contained earwig eggs which have now hatched, since you didn't use sterilized potting medium, so you may find more arriving.

Earwigs eat mostly insects, though they do also like to nibble on flower petals quite frequently, and occasionally on plants, and I'm not seeing damage from earwigs on your seedlings, or any other damage actually, so I'm not sure why you think they are eating your seedlings.

If you have cabbages that have been outdoors for some months, I can't comment on what's damaged them because there are no images of the damage, and there are many insects which attack cabbages.

More extensive information on earwigs here http://entnemdept.ufl.edu/creatures/veg/european_earwig.htm, scroll down for its eating habits.

There aren't any insecticides that deal with earwigs, so the usual course of action is to use short, hollow canes laid in between plants, or flowerpots upside down on sticks filled with paper or straw - the earwigs will hide in those for shelter, so every morning, empty them out into a bucket of water and dispose of them.

Not the answer you're looking for? Browse other questions tagged insects bugs cabbage or ask your own question.

11
Does it matter if my cabbage forms its heart some way off the ground?
2
What is eating my cabbage, and how can I protect it?
6
What insects killed this red cabbage?
4
How can I get rid of these bugs on my African violets?
6
How do I keep house flies away from flowers without harming bees?
5
Mint plant with white spots and black dots. Possible insect culprit
4
Monstera with tiny white flecks (spores?), large brown spots, small white dots
2
Help, my cabbages have got … earth-worms?