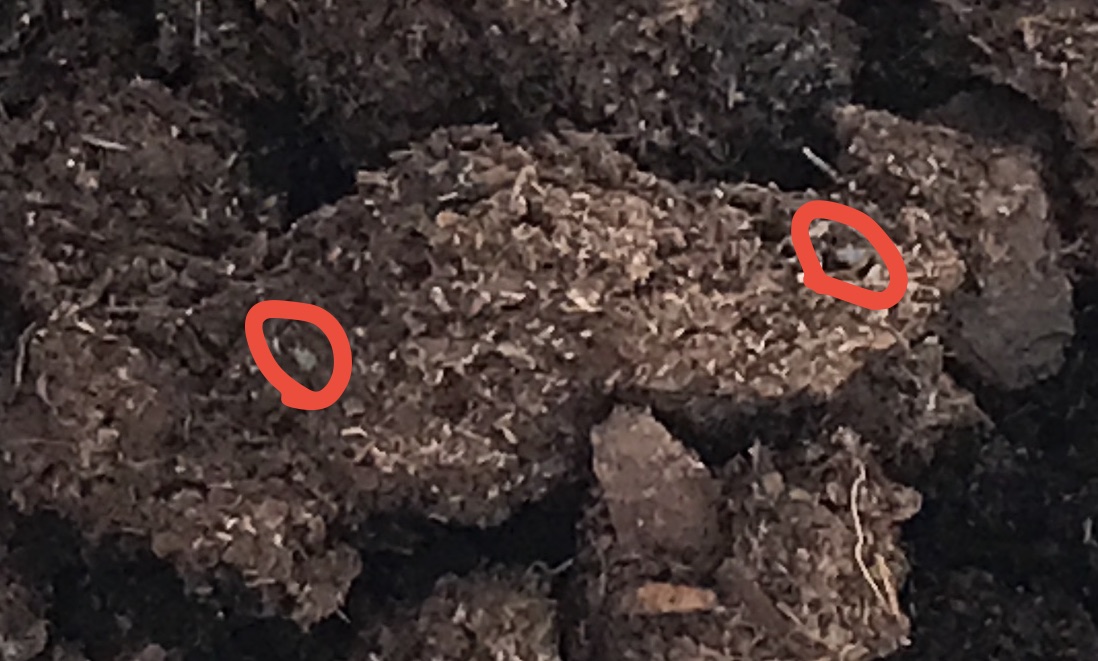 I would not recommend tolerating fungus gnats in soil that you intend to use indoors, unless you like the idea of cohabiting with gnats, as they will stick around as long as you let them. If you want to use that soil, drench it with BTI when you bring it to field capacity. After you've used it to pot whatever you're going to plant, spray the plant with a pyrethrum spray. Then cover the topsoil with sand or vermiculite.

May sound like a lot, but a fungus gnat infestation indoors is hell.