Whitening of some leaves of a potted key lime tree

I have a potted one-year-old-or so lime tree, which has looked quite healthy for the past two months or so (after recovering from a winter where it lost a lot of leaves due to overwatering).

Since the outside was really cold and it's on the ledge of the (closed) window of my office, I let the heater on during one night, in addition to the usual central heating -- so when I cam back the next day, my office was quite warm, maybe 27° C.

Later that day, I noticed that two leaves of the lime tree had edges that were whitening; after a few more days, it does not seem to spread to many leaves, but it currently had 3-4 leaves showng the same sort of whitening: 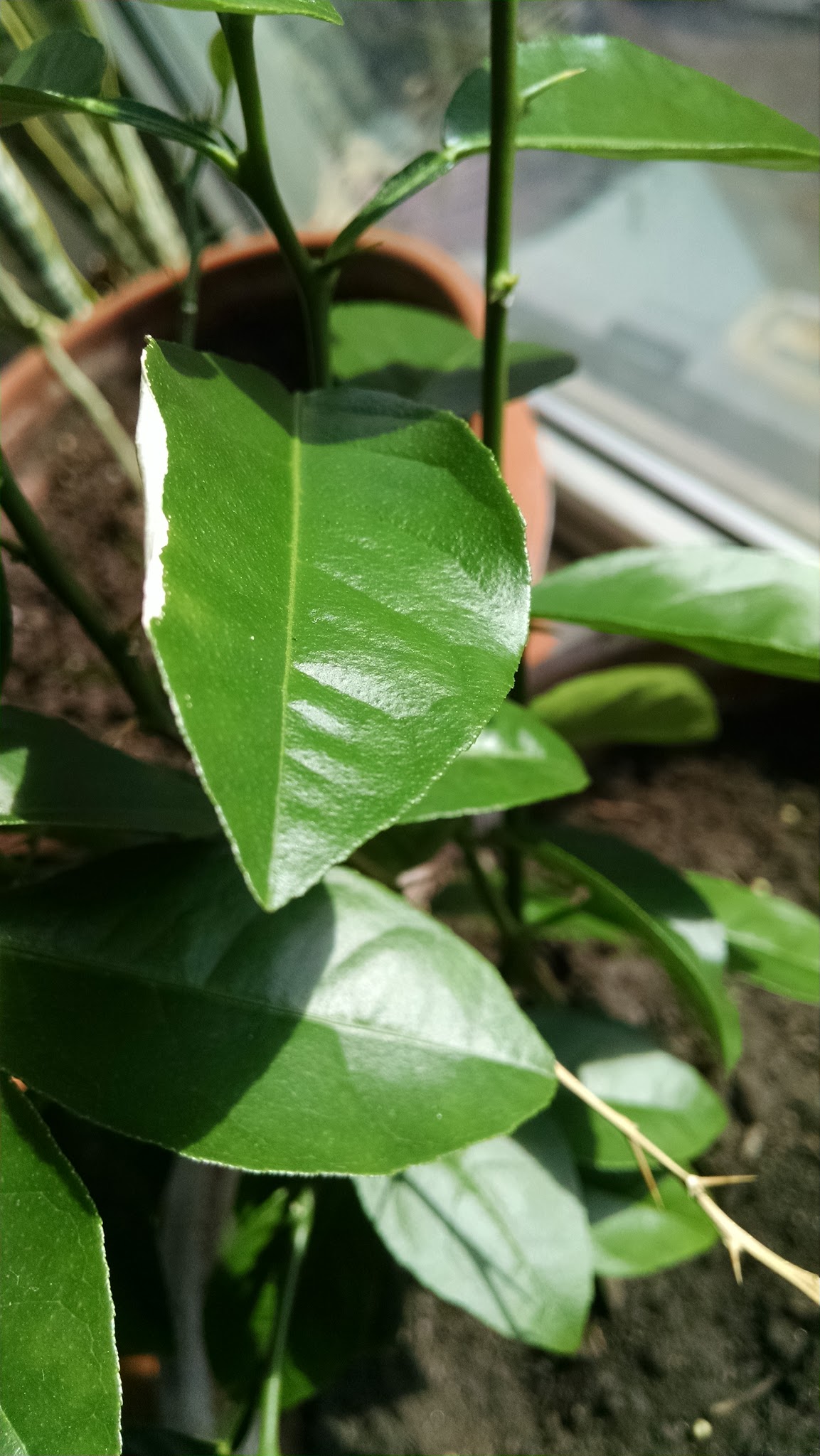 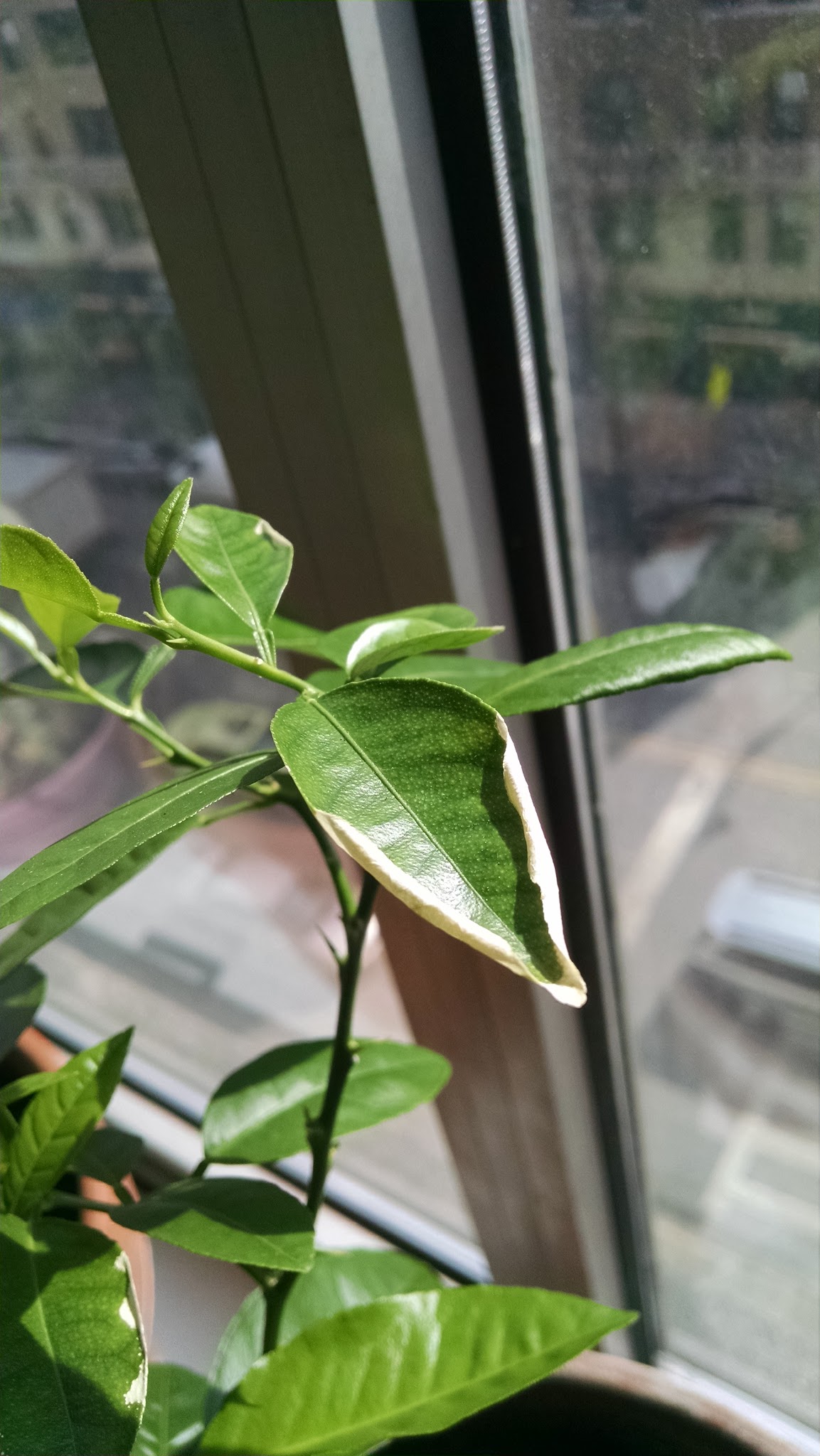 In terms of watering, I water this tree twice a week, and try not to overdo it; it's on the ledge of a window headed East, in an office in Manhattan (so, recently, it's been rather cold outside, roughly freezing temperatures; but my office stays at 18°-20° C).

Should I be worried? Am I doing something wrong?

I checked the stuff you are using and combined with tap water way too much fertilizer/salts. Dump your soil, wash out the pot and repot with new potting soil. No fertilizer for awhile. Go get some bottled water and make sure your potting soil has no added fertilizers or water holding gels/sponges. This margin stuff is pretty indicative of too much salt/fertilizer.

Doesn't look like insect damage to me but always look under the leaves for the little dudes or fine webbing...get a magnifier at least 10X. This plant will be fine, but replace that salted soil, wash your pot (looks like clay, love clay but it will absorb salts...and show salts very quickly).

Not the answer you're looking for? Browse other questions tagged indoors leaves citrus office-gardening or ask your own question.

8
Why do the leaves of my (very young) Eureka lemon tree look folded?
10
Why are the leaves on my mango tree turning brown and drying out?
2
Sun exposure of potted saplings
5
Drooping leaves on orange tree
5
Yellowing and falling of lime tree leaves
5
Key lime tree: white mush/mold (?) on the roots, and curling whitening leaves
4
Why does one lemon seedling out of a large group have dry withering leaves?
2
Bonsai tree keeps losing leaves
0
Indoor lemon/lime - wilt leaves which yellow and drop