What's happening to these repotted plants?

I started these from seed indoors under a grow light. About two weeks ago I potted a few that were doing well, and now it looks like they're getting sick. The first image is arugula / rocket, and its leaves are getting gray and dry at the tips, almost like they're mineralized. They crumble to the touch. The sage in the second picture looks like it's starting the same thing.

My suspicion right now is the soil. It's about a year old, and I checked here beforehand and people said it should be fine and come back to life once rehydrated. Maybe something nasty set up shop and now it's attacking the plants?

My only secondary hypothesis is that the lawn rocks I put on top might have leached something into the soil after the first watering.

I'd like to know what's going on before the rest of my seedlings need potting.

edit: these plants are now outdoors on a table, with direct sun for about 8 hours per day. The soil was kept in its original bag, but it was outdoors in the shade. 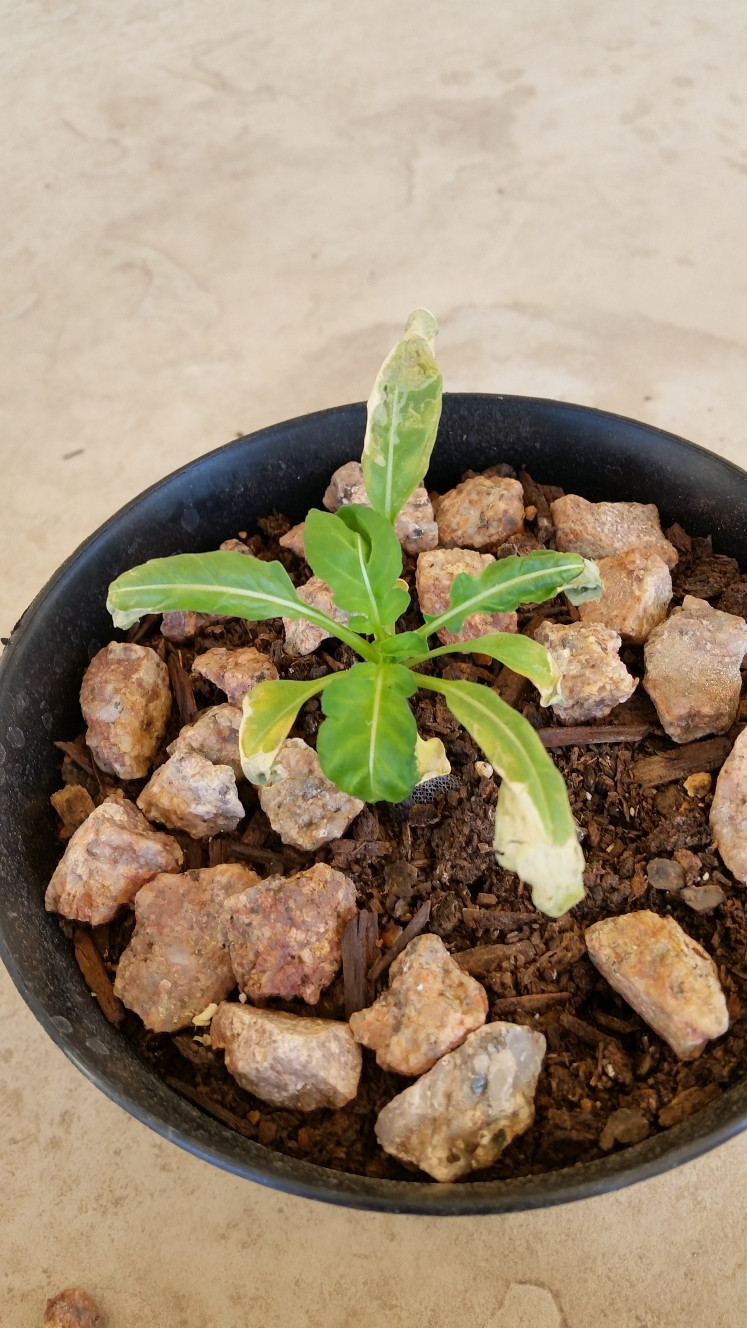 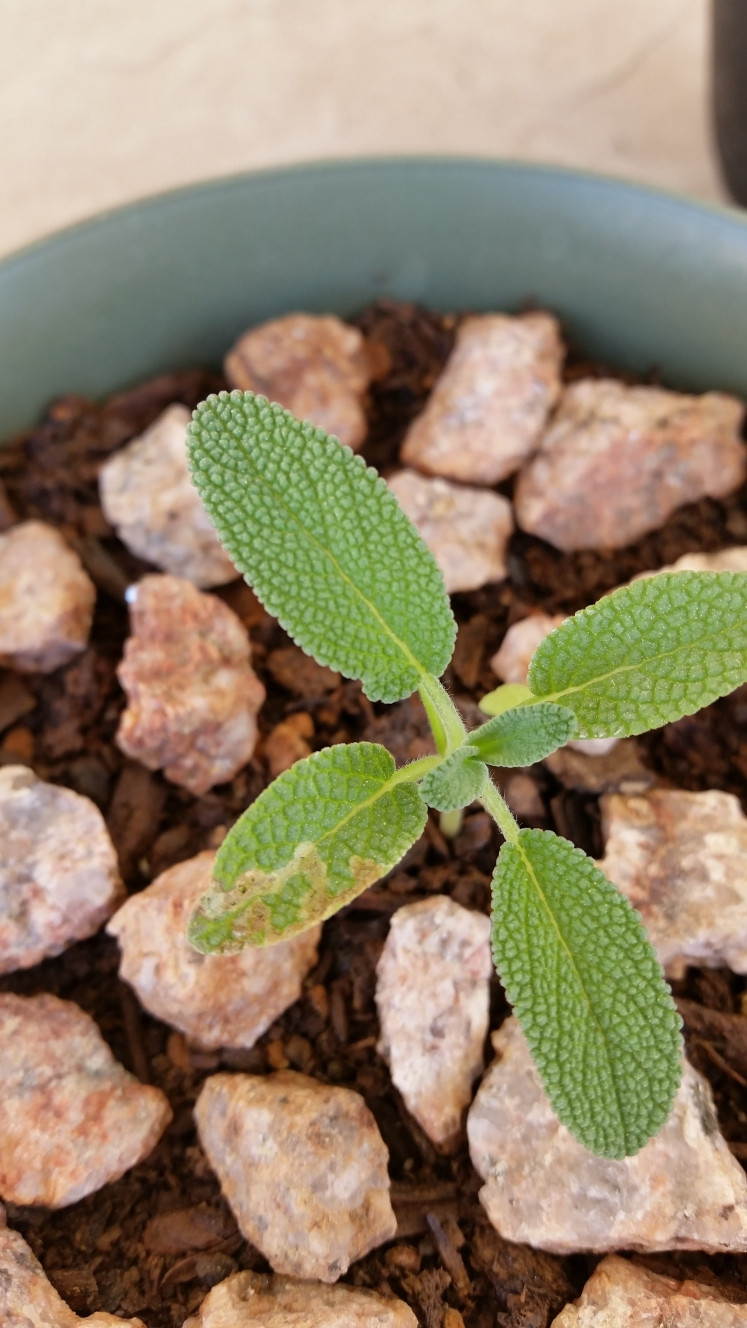 Get the rocks and chunks off the top of the soil. Is that pot full of just soil (potting soil) or are there rocks or gravel below the soil and above the drain hole. What I am seeing with BOTH plants is leaf miner damage. Are you sure you are using sterilized potting soil? Second problem is you are using too large of pots for too small of plants. These guys need pots no larger than 4" across and 3" high. Non decomposed organic matter such as sticks mean decomposers are busy decomposing and they need lots of nitrogen to do their job. Somehow you got a few insects to hang out in your pots. – stormy 23 hours ago

Leaf miners as well as a bit of salt build up...the tips of the first plant show this. I'd repot these guys in fresh potting soil asap in vastly smaller pots. Do not get potting soil with any added fertilizer or water holding gels, sponges! Use a tiny bit of OSMOCOTE 14-14-14. – stormy 23 hours ago

It looks like your plants got too much watering and not enough sun.

What you should do is drain the water completely from the pot and put them in a clear (not too hot) place.

I'm not too worry about your sage, but the other one looks very worn out.

Not the answer you're looking for? Browse other questions tagged diagnosis repotting or ask your own question.