My peace lily is wilted since 2 weeks, its neither a case of not watering nor of over watering..

The story is: I bought this plant 2 weeks back in wilted condition but shopkeeper told me it have not been watered since long and have watered just 2 hours before and will revive soon, and it actually did in 2 days...

Then I took it out of its plastic bag in which it was potted and put it into a 8 inch plastic pot, but after a day later it wilted.

I thought its not in a good soil, been a more clay containing and was very tight. So I waited for 2 days and seeing it not revived. I bought a good and well drained potting mix from same nursery and repotted. But even after 10 days it is still wilted. But neither of leaves are getting yellow or brown: 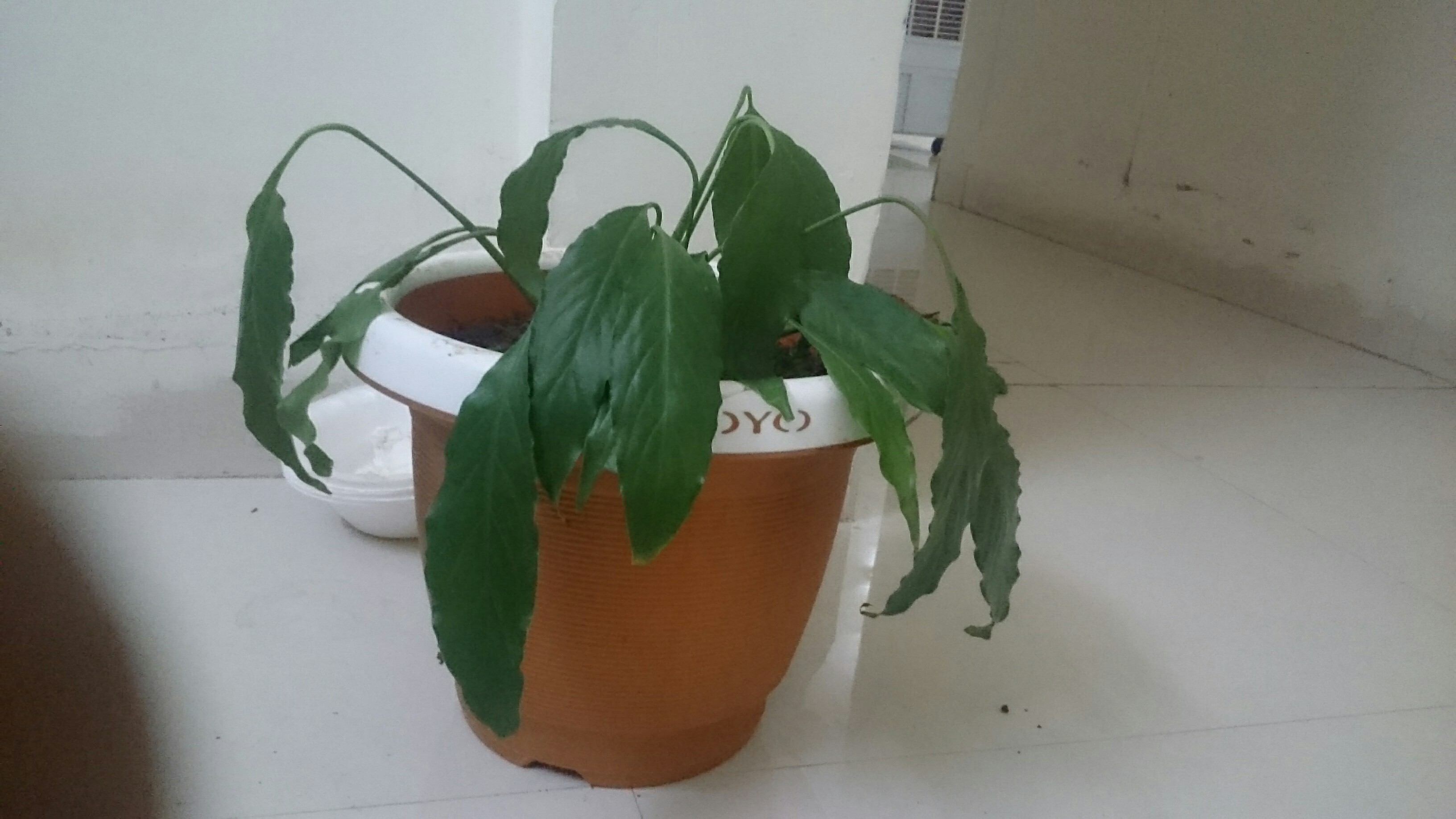 During whole period soil was nicely moist, and not soggy for sure. Please help, its an imp plant to me due to of its rarity in my city, I got it on order at very high cost, so please suggest advice to my dying peace lilly.

Peace lilies are very dramatic when they are thirsty. When the plant wilts, give it a good soaking. It'll bounce back in a few hours.

When you water it, put it in the sink and fill the pot up, let the soil soak up the water for a half hour to an hour. Drain the excess water out.

It really is just thirsty.

Following on from comments above, yes, if there's been no improvement, I'd be inclined to risk potting it again into something smaller - but it depends on how long the couple of roots it had were. If they're very long, then using a smaller pot won't help, because you don't want to cramp up any roots it has got by crushing them into a smaller pot.

I'd be inclined to have 2 or 3 pots in different sizes (all smaller than that 10 inch one) available, make sure the pot is well watered an hour beforehand, turn the plant out, gently, lay it down on a tray or something and carefully remove what soil you can simply to get an idea as to what roots are there, then pot into whichever of the smaller pots you've got available which seems to be able to accommodate the roots, without crushing them, but without leaving too much space around them.

If the root material is still very small (that is, it hasn't produced any more or very little) then remove half the leaves by cutting them at the base, at soil level. Removing topgrowth enables the plant to concentrate more on producing roots and reduces the stress of trying to support topgrowth with the little bit of root its currently got. New leaves will arrive as the roots start to grow. Water in well, allow to drain freely for half an hour, then stand on an outer tray and place in a position which receives good daylight, but not direct sun, away from heat sources such as radiators, in a room which does not get very cold overnight. And keep your fingers crossed...

The alternative is to take a chance, leave it in its current pot, and just remove a third to half the leaves.

3
Why are the leaves on my Peace Lily turning yellow and brown?
6
Spider plant leaves becoming discolored, thin and droopy
5
Why is my Peace lily dying?
4
What has caused stunted growth of my Peace lily?
3
my Peace Lily is getting droopy but I’m not sure why
3
Peace Lily Flowers and Leave Tips Turning Brown
1
Is it too late for this peace lilly?