Will these roses bloom this year?

A few weeks ago I bought two tea-hybrid roses with their roots in wet sawdust and saran wrap (it is called nude root in my area, no idea how to call it in English). The shoots started to grow the next day, although they were still unplanted. After that, I have bought some general purpose potting soil with pH in the range of 6,5-7 and planted them.

If it helps, the reddish one on the left is Rosa "Dame de coeur" and the other one is Rosa "Mr. Lincoln". 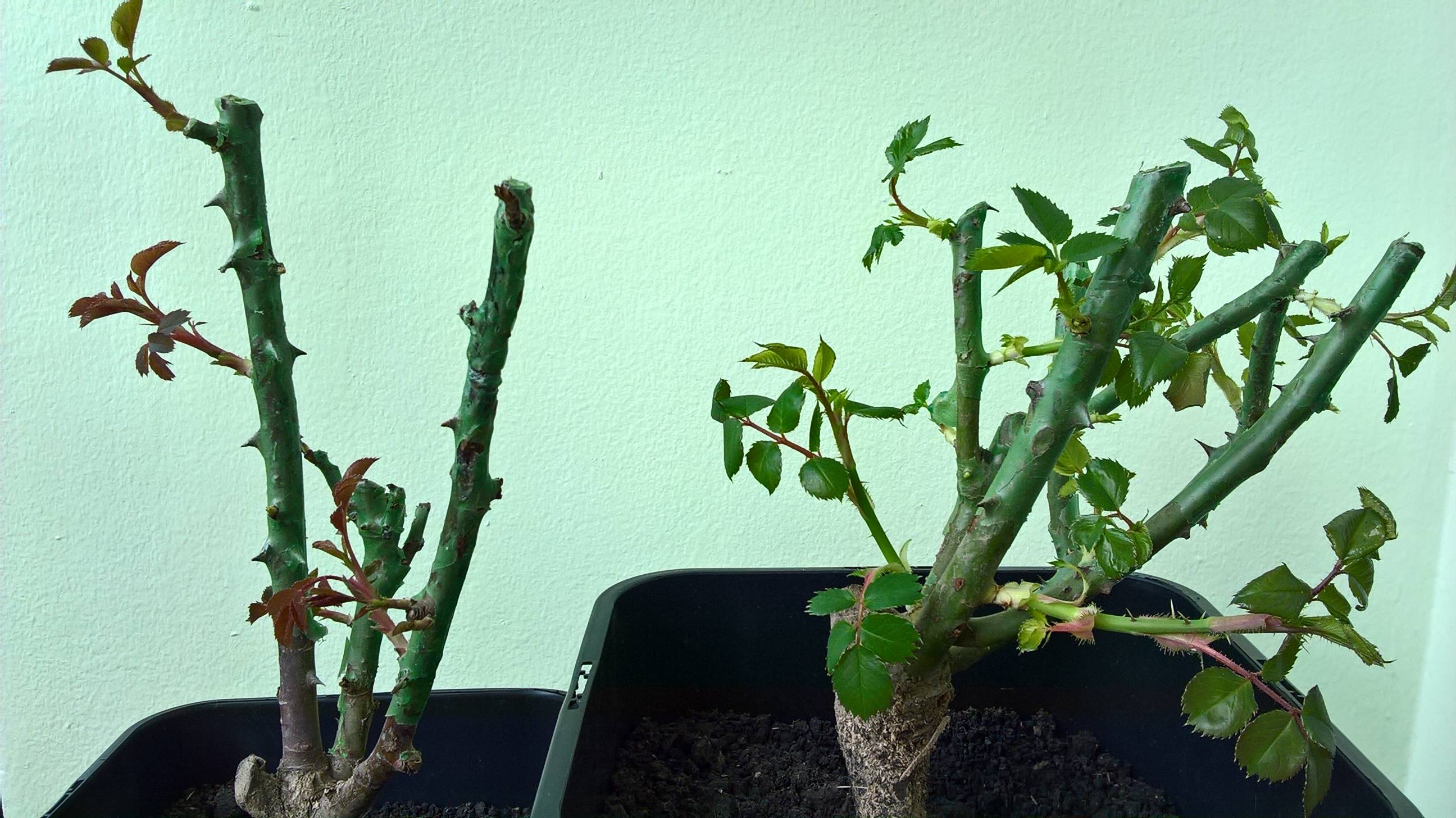 Roses supplied in the condition you describe are known as 'bare root' in the UK, so 'nude root' is just another way of saying the same thing.

Both these roses need to be planted in the ground, outdoors - pot growing will restrict their roots and growth and they may not develop and flower very well kept in pots, although it's fine initially. Mr. Lincoln is quite a tall rose reaching around 1.5 metres, Dame de Coeur is a somewhat smaller plant with an average height of 70-80 cm.

I don't know what your weather's like at this time of year, but you'll need to harden these roses before planting outside now that they've been kept indoors, so if the ground isn't frozen currently, nor likely to freeze again till next winter, start leaving them outdoors for increasing time periods over a week or so till they're out all night, then plant out. If you can include some soil amendment such as composted animal manure to the area you'll be planting in, the roses will appreciate that, but don't plant them where roses have grown before. Planted out within the next 3 weeks, and kept watered as necessary, it's possible you will get some flowers this year, even if its only one or two, but there may be none this year.

Roses are sometimes kept indoors as temporary houseplants, but they are usually very much smaller roses - patio or miniature varieties. In general, roses really don't do well if kept too long inside the house.

Not the answer you're looking for? Browse other questions tagged indoors shrubs flowering roses or ask your own question.

6
roses: re-plant or salvage?
5
When should Bee Balm bloom in Zone 6 (it did not bloom last year)?
4
Bouquet of pink roses not blooming
11
Can I force a dormant forsythia branch to bloom by bringing it inside?
5
what are these insects on my roses and how to kill them?
6
What kind of roses are these?
4
How can I find out which roses are Spanish roses?
4
Winterizing young climbing roses
3
Irregular growth on roses