Self-clinging climber that will not damage a concrete fence

I am looking for an evergreen climber to screen an ugly pre-cast concrete stone-effect fence. I cannot change the fence (it's concreted into retaining structures). The fence consist of 6ft upright posts with multiple panels slotted one on top of the other between them. This means that there are lots of gaps that climbers can get through (ivy does). The problem is that as their stems increase in size they will prise the gaps apart the fence. Are there any evergreen climbers that won't do this? I don't really want to have to fit training wires as I do not want to have to drill into the fence.

I'm based on the southern edge of the Cotswolds, England, so it'll be exposed to mild, wet but blustery south-westerly weather. The aspects that need covering are east and west facing, but they get a lot of sun. We get some frosts, but temps rarely drop below -5°C. Soil is free draining, over limestone.

There is only one self clinging climbing plant which is evergreen in the UK, and that is Hedera and its varieties. If you choose one, you will need to block off the gaps in the fence to prevent any shoots forcing their way through. It is also likely that Hedera will 'root' into the fence.

There are two other climbing plants which self cling - Hydrangea anomala and Parthenocissus, but they are not evergreen.

All other climbers will require extra support of some kind, such as trellis, clematis mesh or wires, depending on the particular plant's means of attaching itself to a support.

If there's sufficient room at ground level, you might be better off choosing an evergreen, freestanding shrub which prefers to grow against a wall or fence, and which can readily be trained/pruned against it, such as Pyracantha or Garrya elliptica.

You mention evergreen climbing hydrangea - generally, they are not reliably evergreen in the UK and are only just frost hardy, H. anomala being the only one that is totally hardy here.

Decumaria is only just frost hardy in the UK, climbs by means of aerial roots, and will need canes inserted to support those aerial roots - I've only ever seen it trained up a trellis in Cornwall.

Trachelospermum jasminoides is the one that's hardiest in the UK - the one you mention, T. asiaticum, is 'frost hardy' which really means frost tender. It is generally described as a 'self twiner' which is true, but that just means it twines. Left to its own devices, it has a tendency to just twine round itself, so if you want it to cover a large area, training it onto supports is necessary - bit of a slow starter for the first couple of years, but a lovely plant once it's got going, though in exposed situations, it can suffer in a hard winter.

Pileostegia is self clinging, hardy, reaches about 6m, prefers a fair bit of shade, but is said to be very, very slow to get going, which was certainly my experience the one time I planted it - took about 6 years for it to get a foot and a half high, so I've not bothered with it since, specially given it's not even that attractive - fairly similar to H. anomala, which gets going faster, though that plant also requires a fair bit of shade.

In regard to Hedera and its tendency to produce rootlets to stick itself to what its growing up, it will do this on concrete, even if it is new - its Parthenocissus which, whilst having a vaguely similar habit, does not damage new surfaces such as walls and pointing, but may damage older surfaces.

As for what I'd recommend to plug the gaps in your fence, I've no idea, but it seems you'll need to think of something as you're worried about tendrils going through the gaps. It's not a problem I'd have because I'd plant a freestanding, wall hugging shrub or two instead of a climber in this situation. Either that or erect a separate, more attractive fence just in front of the concrete one so you don't see it anyway, if there's no border or room for planting in front.

There are 3 I'd recommend; an evergreen would be Clematis armandii, white flowers, tough tough plant and fragrant, wow fragrant. Another would be Akebia quinata; mine in zone 5 was evergreen. Akebia quinata Yummy to walk beneath if that is possible, such as a gate. Profuse yet dainty purple flowers. The third is a perennial that will grow 25 to 35 feet every season and die back for the winter. You will be able to rip all the old/dead 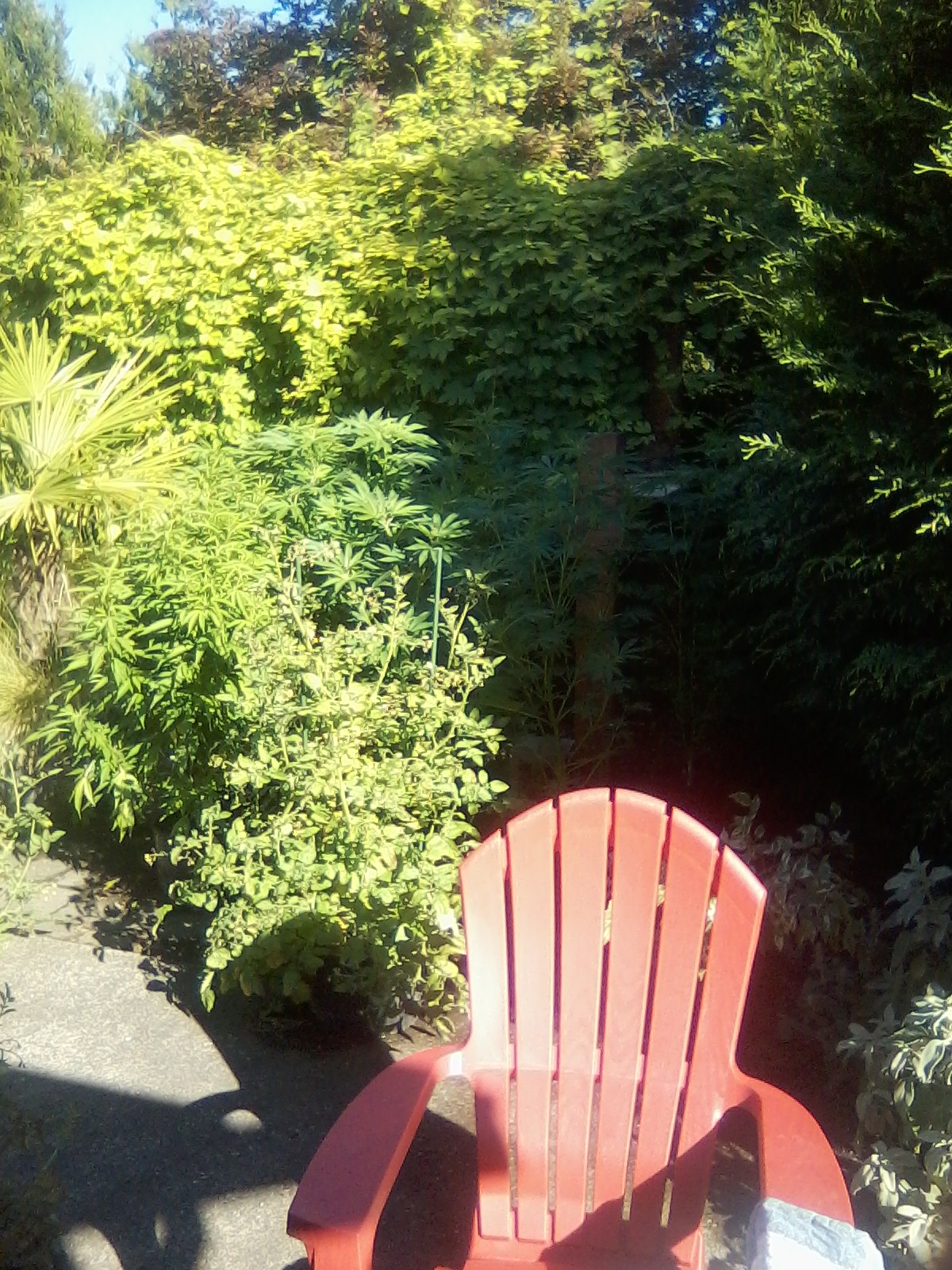 vines off the wall in winter or spring and never have to do any pruning. In the spring, this plant takes off and I swear you will be able to watch it grow; 2 or 3' some days. Golden Hops...Humulus lupulus 'Aureus'...the new foliage is chartreuse, bright lime green. Later in the year leaves become dark green. Gorgeous little 'japanese lantern' flowers. Was my favorite. Choose your own variety to harvest and make beer.

Send pictures of the wall and environment and tell us your zone. Because of the concrete you might have to change the pH of the soil for the vine you choose.

Not the answer you're looking for? Browse other questions tagged plant-recommendations fence climbers screening or ask your own question.

3
How far do you dig from a maple tree so as not to cause damage to the tree?
5
What vegetable/fruits plants will rabbits not eat?
3
Shade tolerant plants that including ones that will cascade
5
Vines / Crawling Plants that minimize damage to buildings/walls
5
Are there climbing vines that don't damage stucco?
4
Groundcover that will thrive in (Zone 9A) in Sierra Pine forest environment?
3
What can I plant in full shade that will provide color?
3
Garden plants that do not require full sunlight
3
Will growing dipladenia or any other vine damage my fence?
3
Will the concrete in post holes restrict root development for climber?