Here I am again with another unidentified yellow flowering plant! This one has an interesting leaf texture that somewhat resembles webs or webbing of sorts and is extremely soft to the touch, especially when they first sprouted. The flowers for this have not bloomed yet, however the buds currently have visible yellow color. I initially thought that they were chinese forget-me-nots, as I had grown some in the same pot that these appeared in, however the leaf shape and texture gradually changed and the differences between them became very obvious. I would greatly appreciate any input as to what they could be, as well as any advice in regards to figuring out where to start if I wanted to ID a plant on my own. Many thanks! 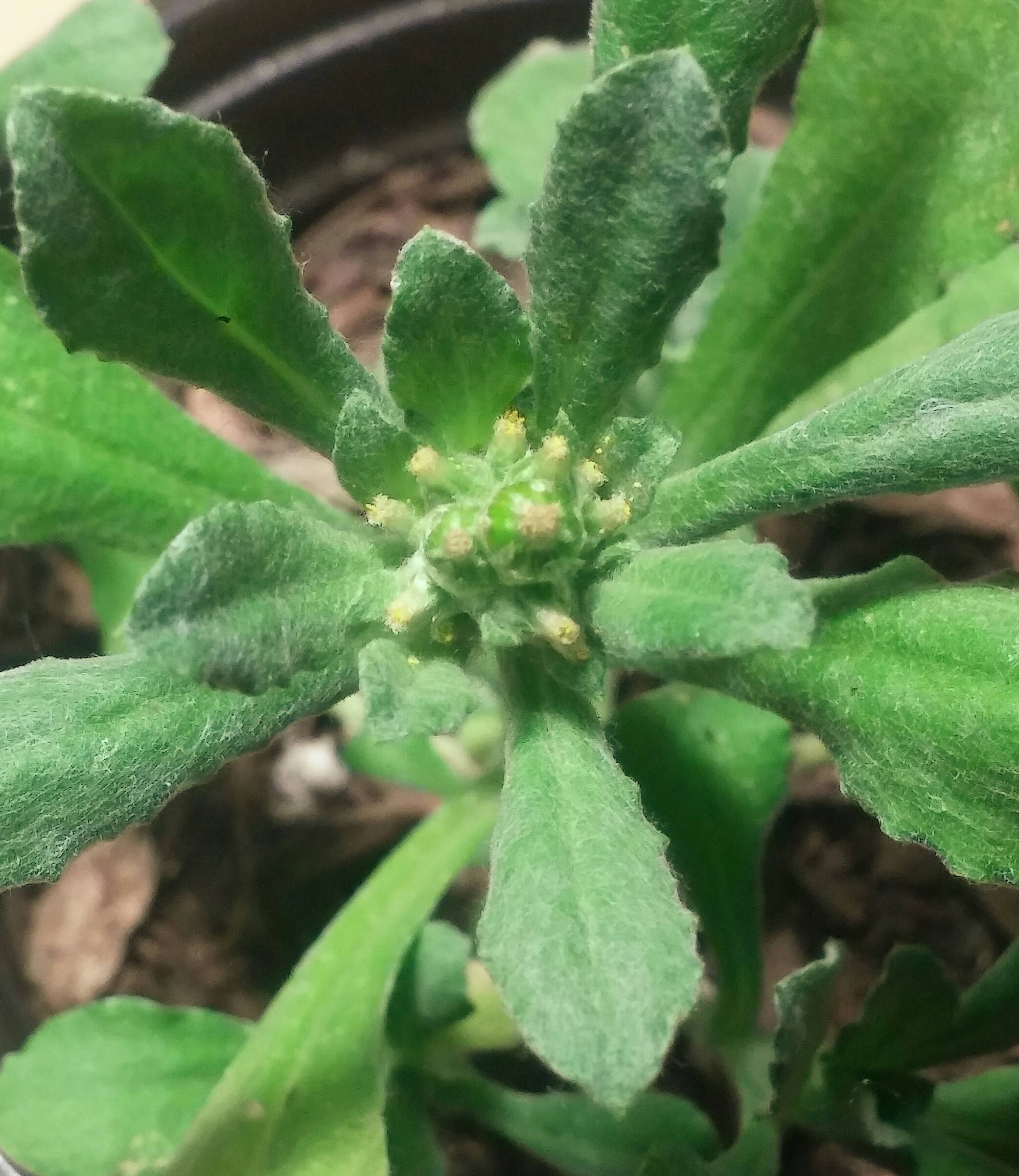 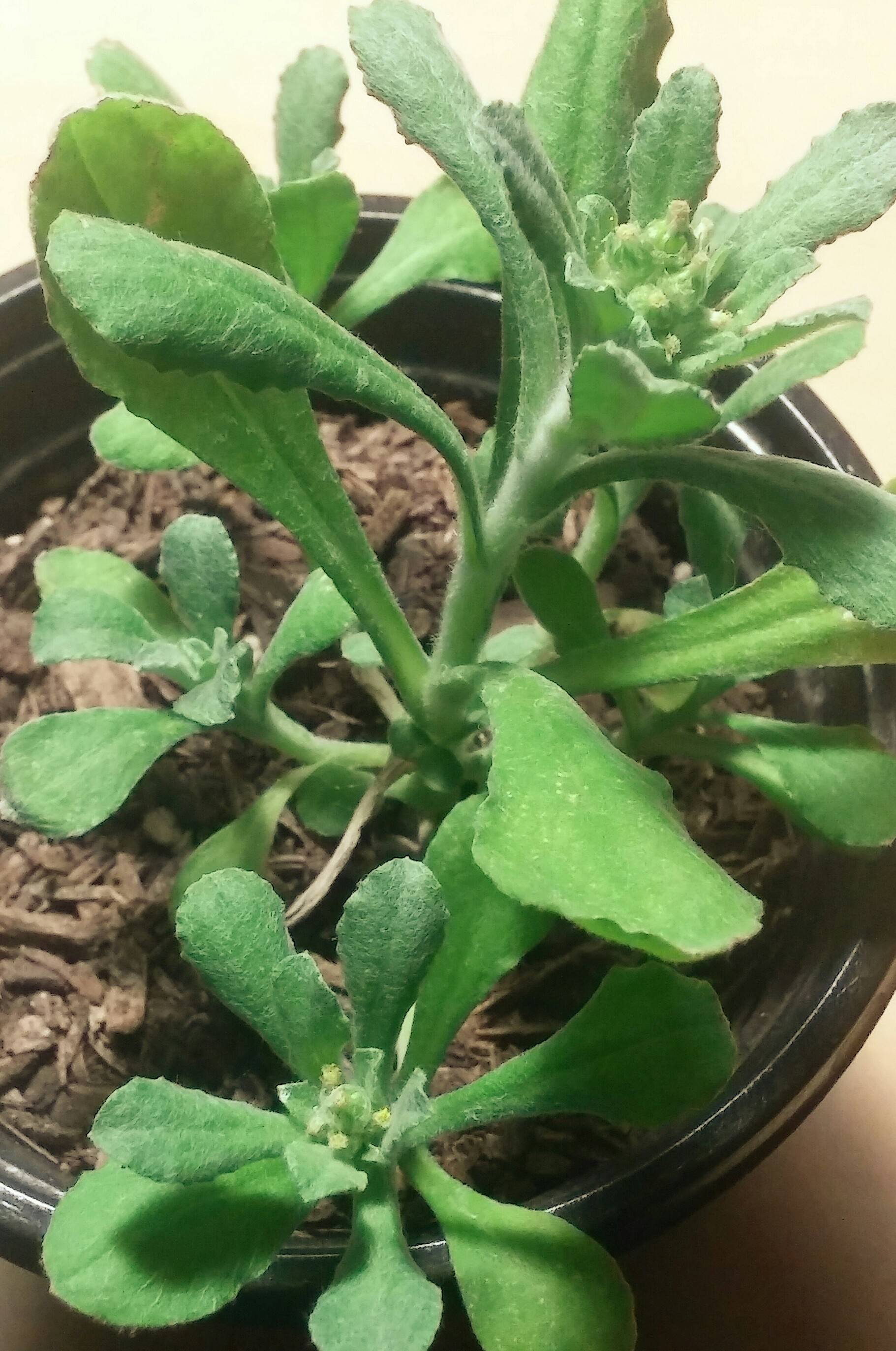 Reminds me of Alyssum saxatile, which does have downy leaves and yellow flowers, image here of one with flower buds https://commons.m.wikimedia.org/wiki/File:Alyssum_saxatile_Kőszeg2.jpg

I'm not 100% sure its that though - seeing any open flowers later might help, and usually, the foliage on Alyssum saxatile looks more greyish green than the one in your photograph seems, but then I've never seen one growing indoors before; they're usually planted in full sun outdoors, often in gravelly soil or in larger rock gardens.