Why is my cactus so thin?

About one year ago, I purchased three cacti in the same pot. They looked like this when I got them: 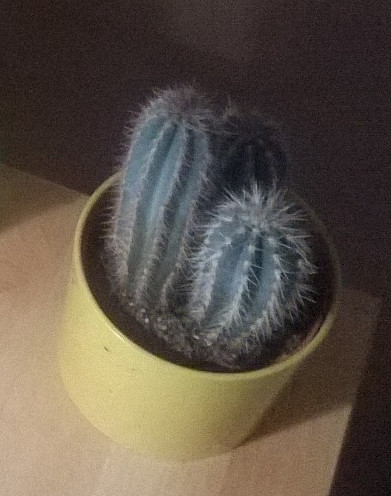 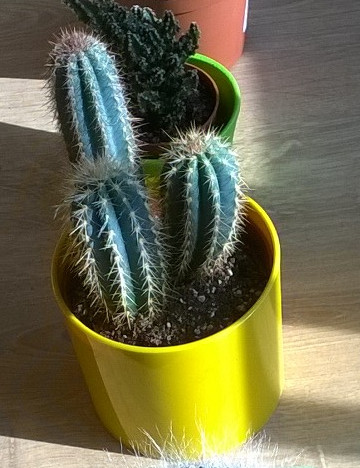 One of them got bigger over the months, but the tallest one kept thinning. As you can see from the following pictures, it doesn't look very healthy: 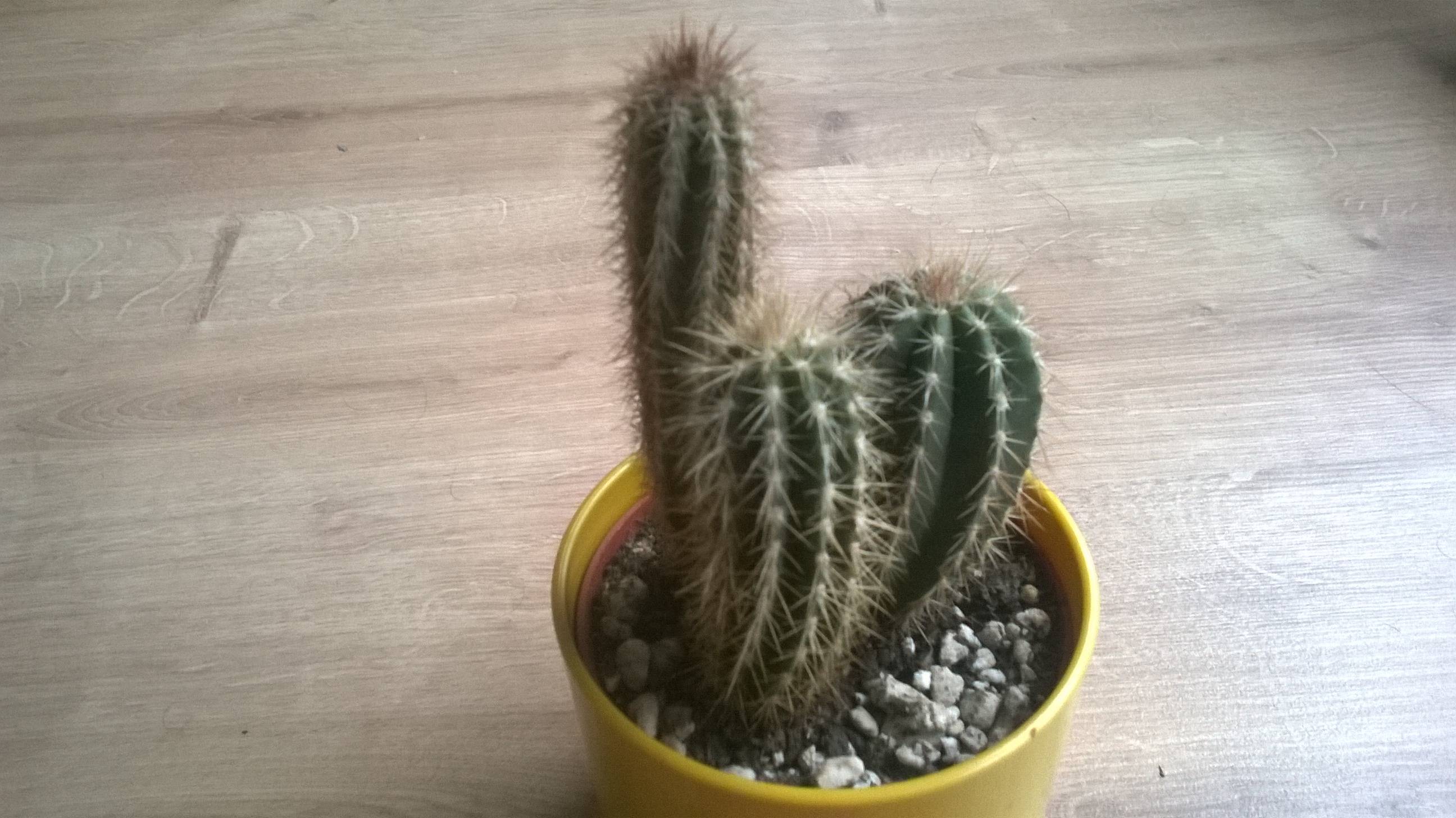 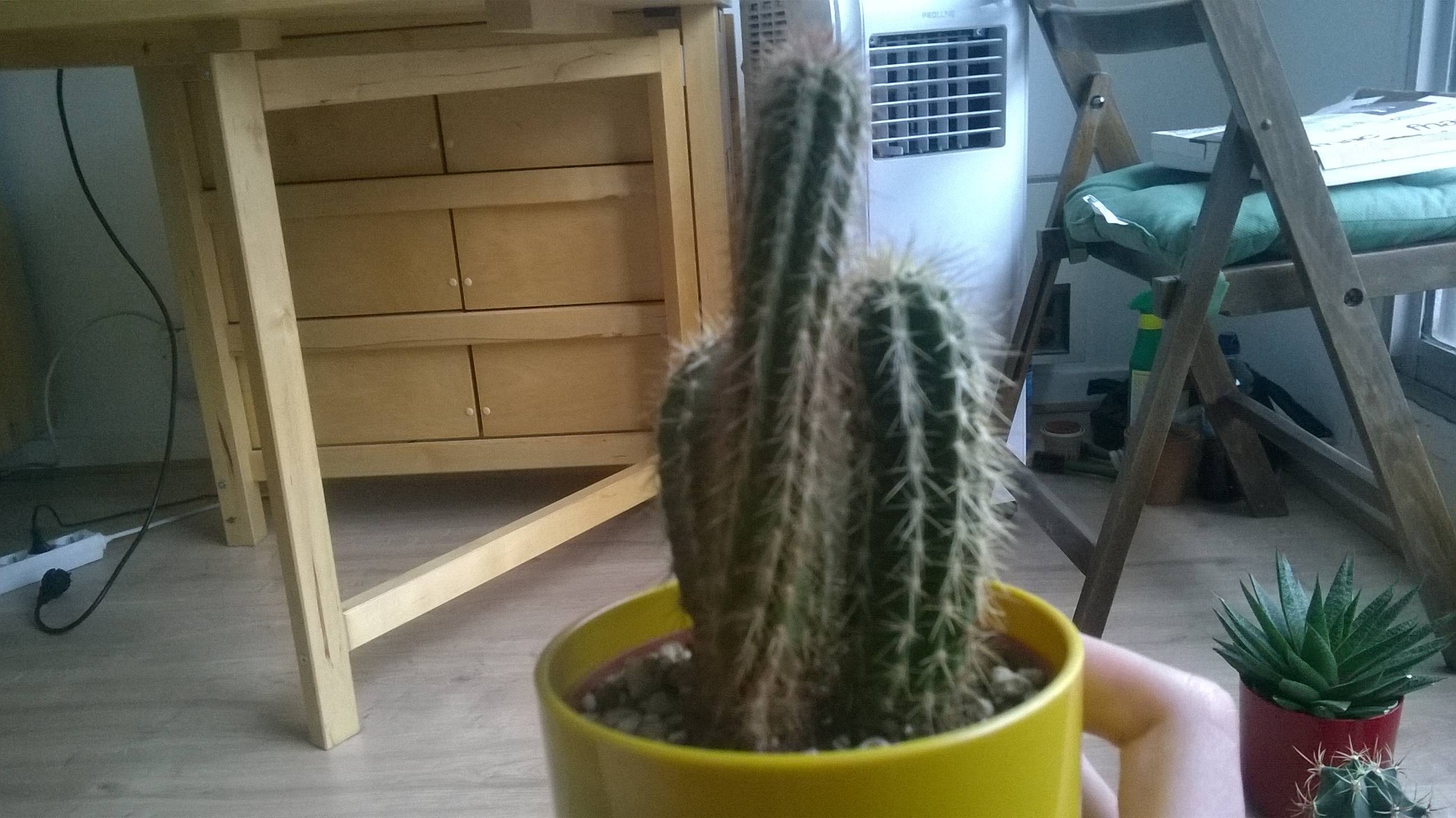 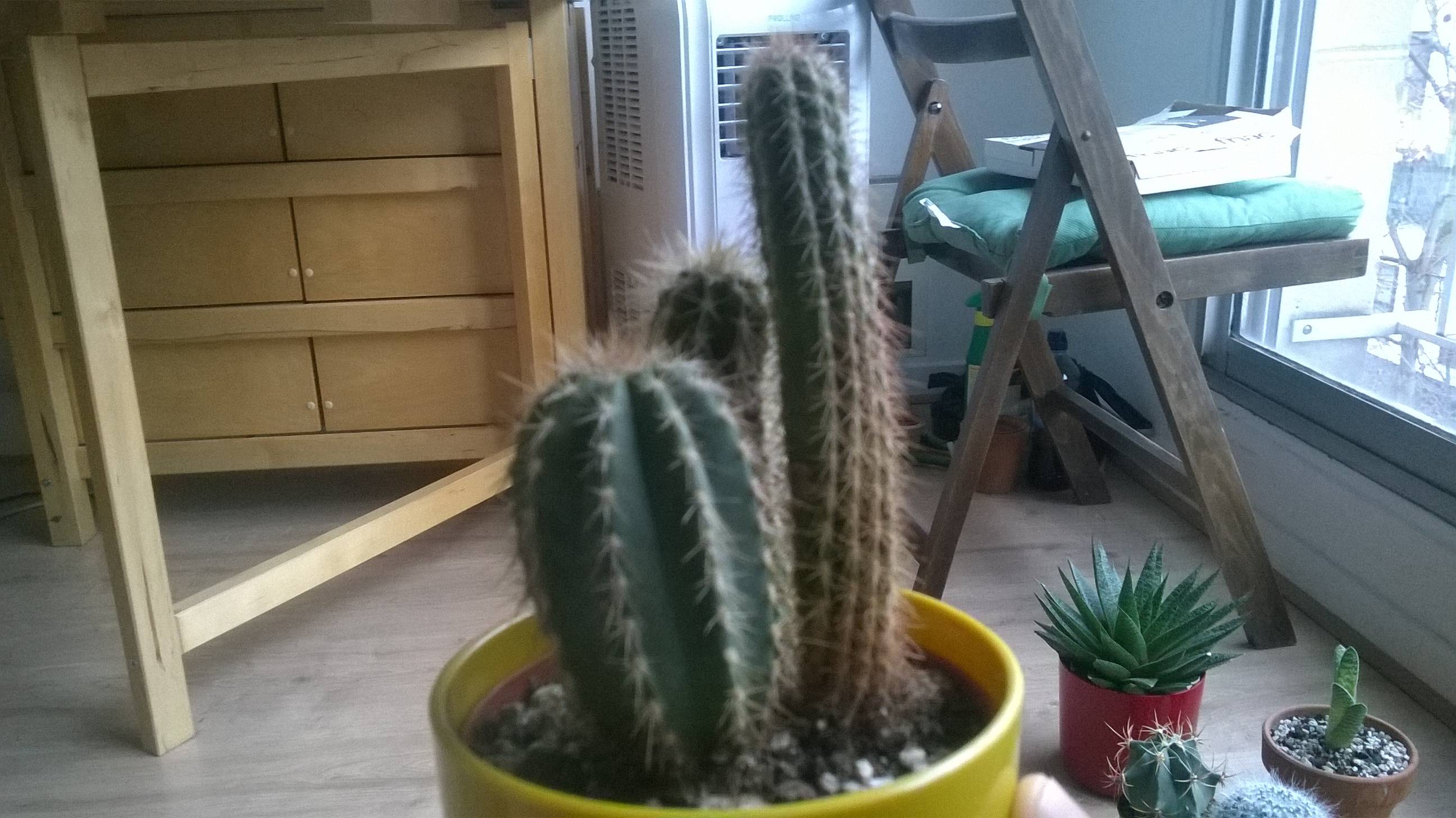 Besides, it became brown at the base: 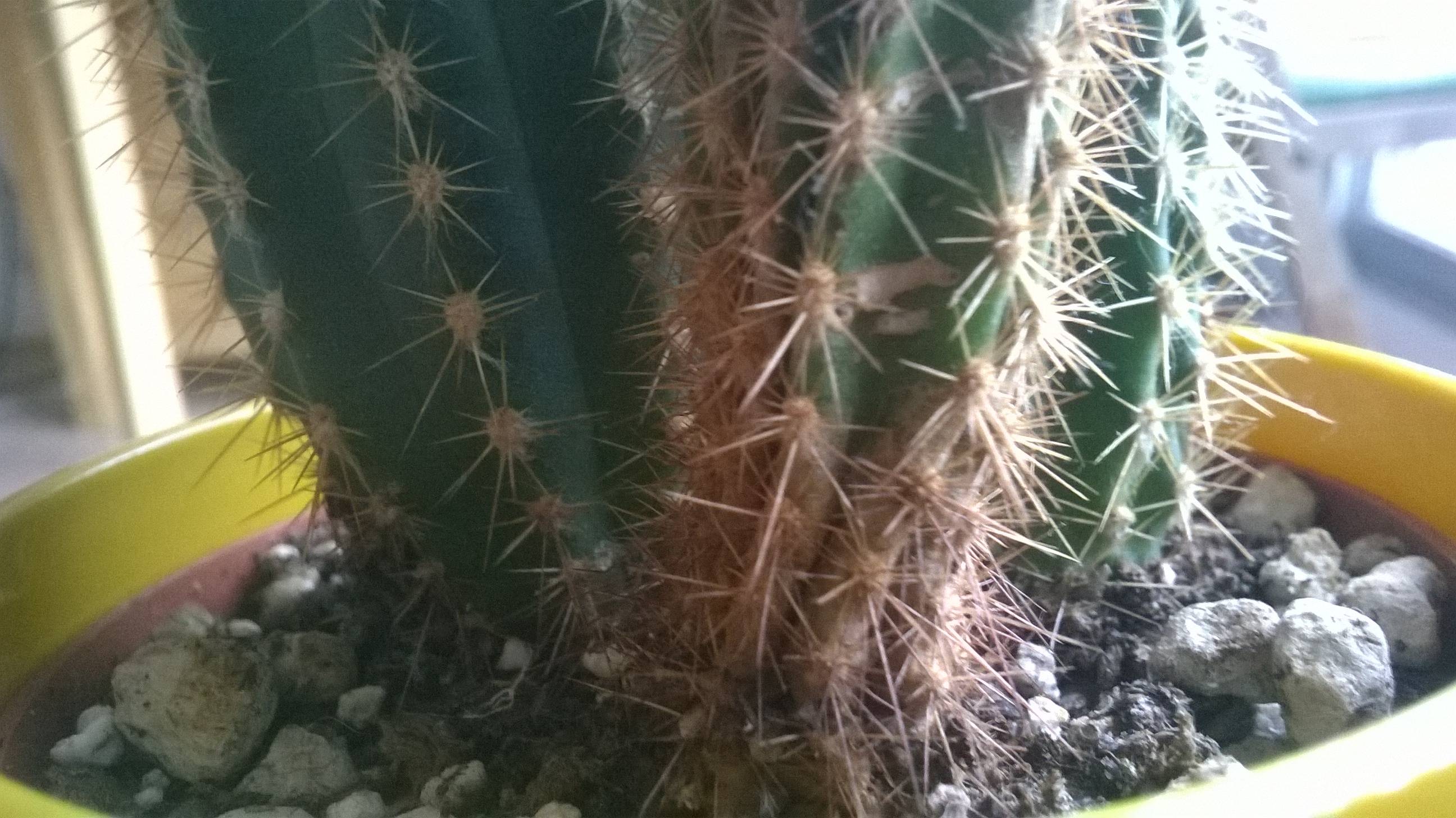 I think there may be an issue with the roots of the tallest cactus. It's as if it wasn't able to feed anymore. It seems that the root system of the small healthy cactus takes all the water and nutrients for itself. What's going on here in your opinion, and what should I do? Maybe I should repot. I kept the original substrate, but it may not be very appropriate for cacti, as it is often the case when you buy cacti in shops.

And by the way, what species is it?

EDIT: I think it is a Pilosocereus Pachycladus. 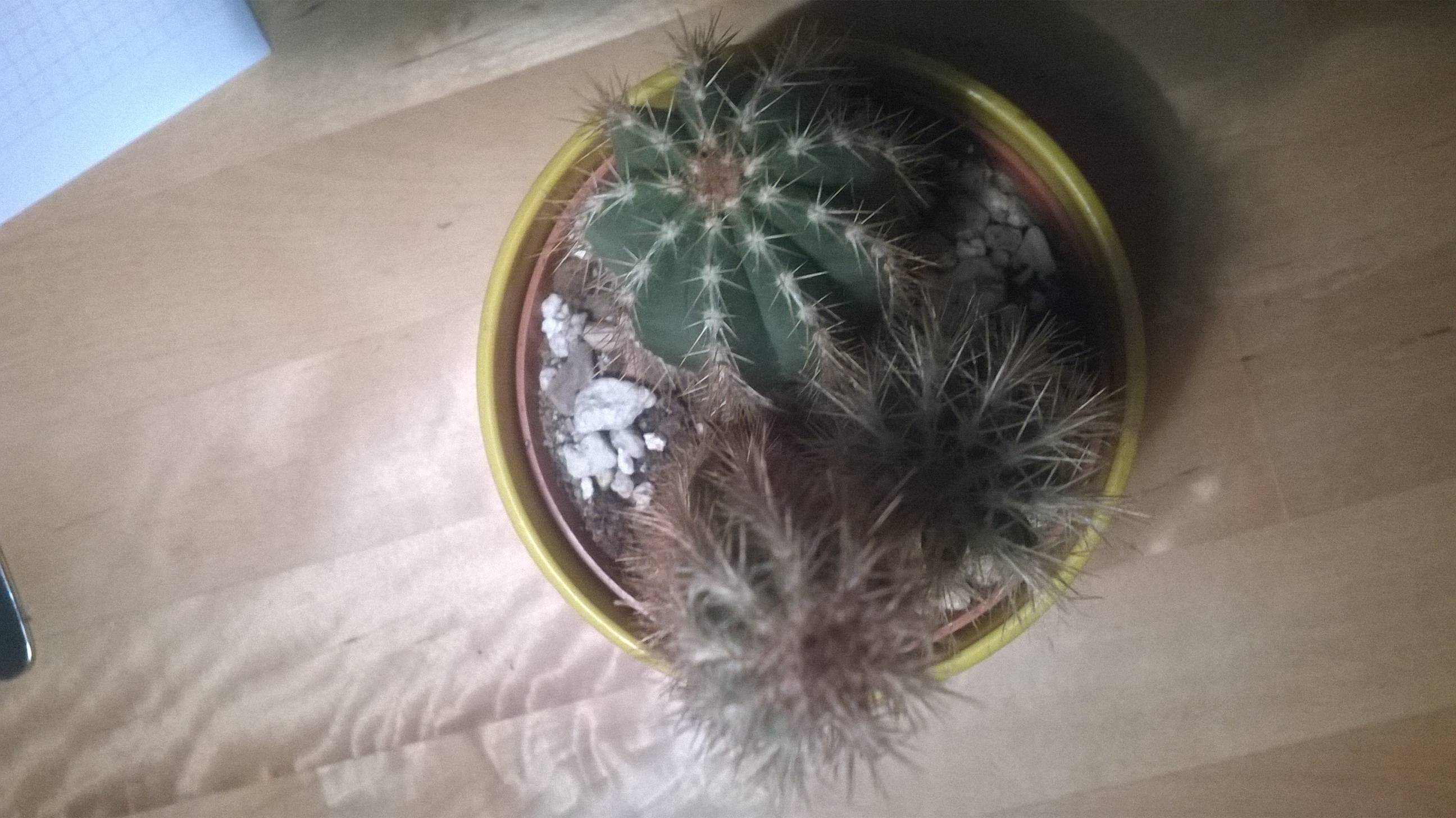 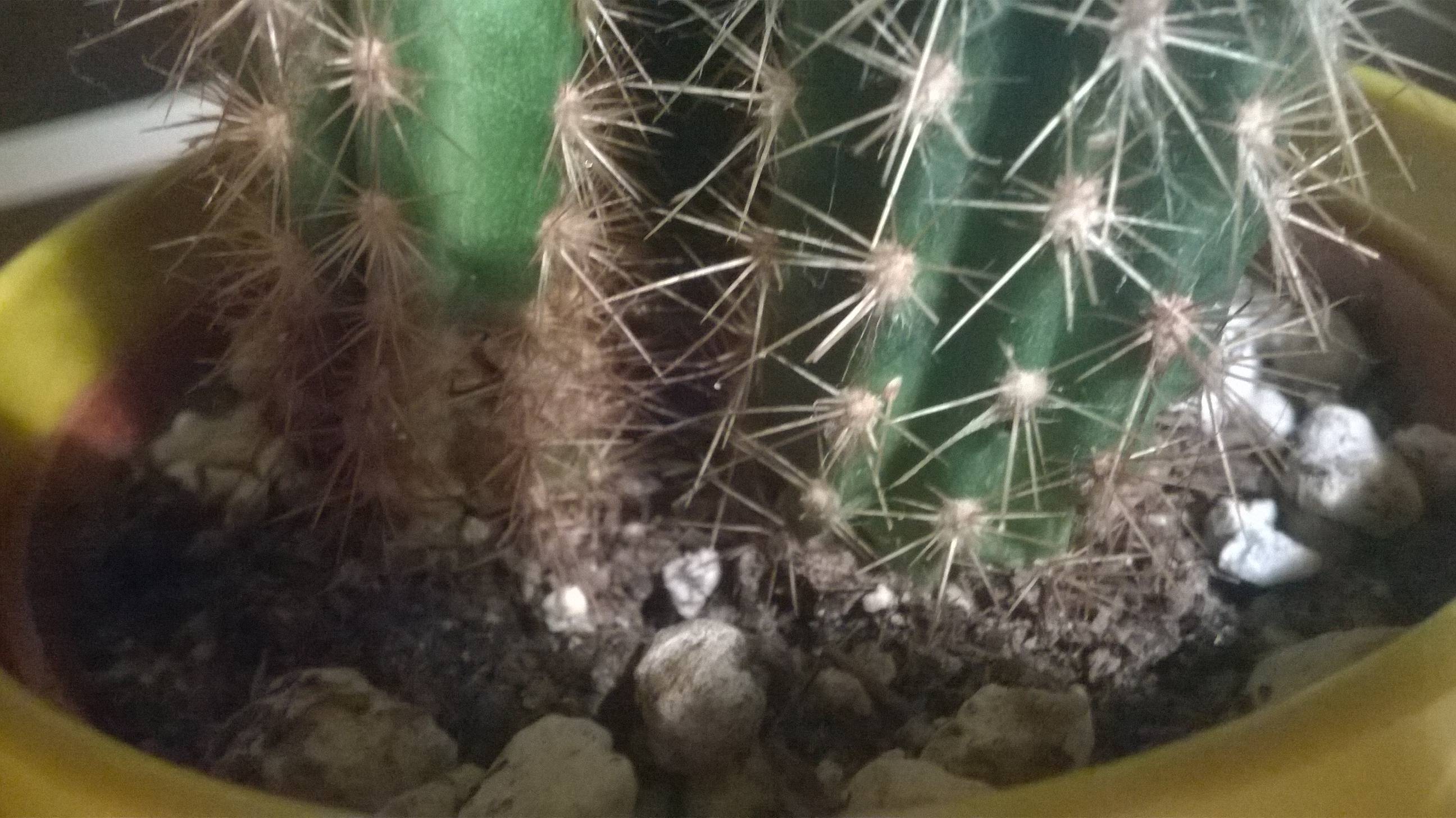 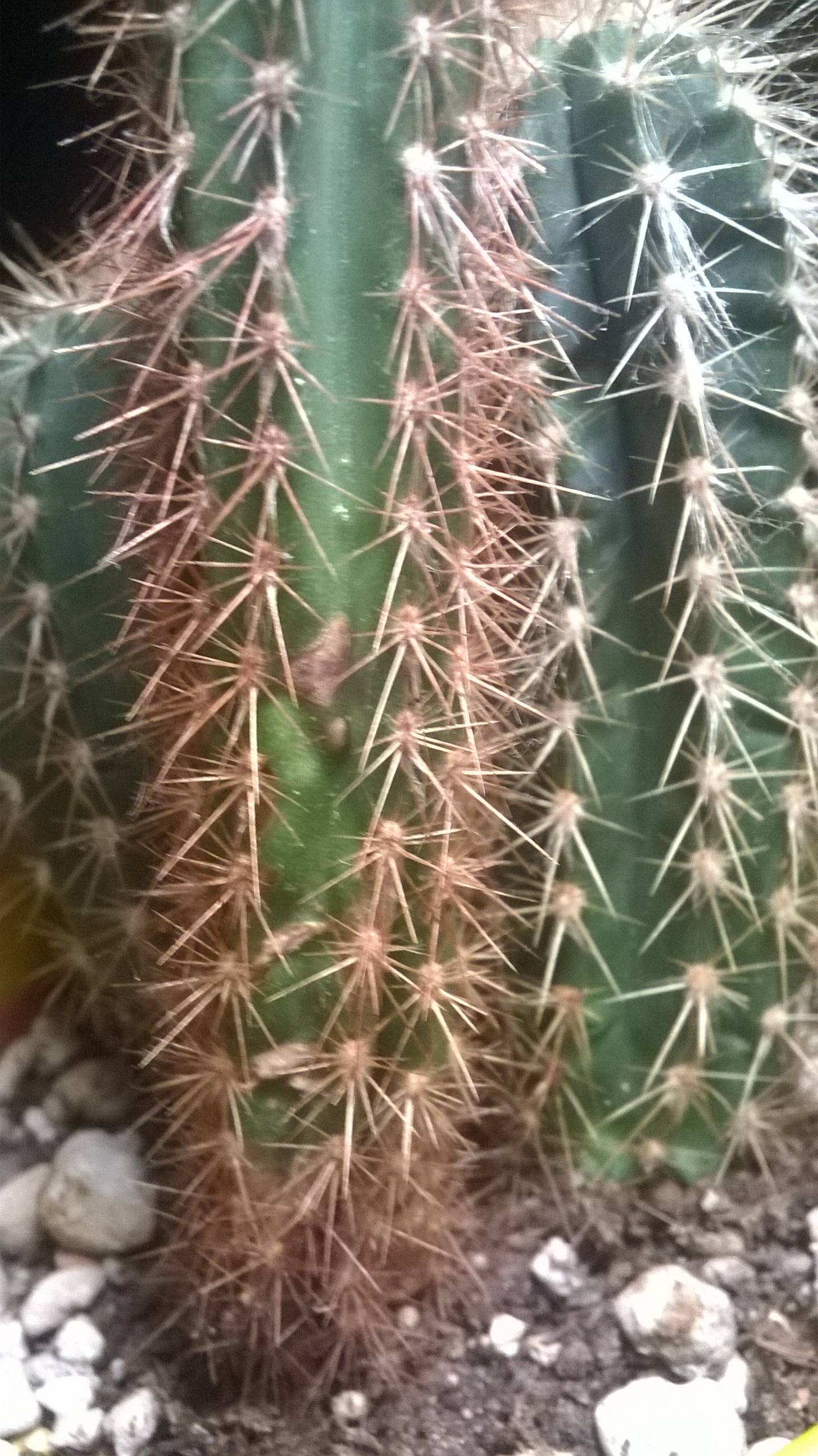 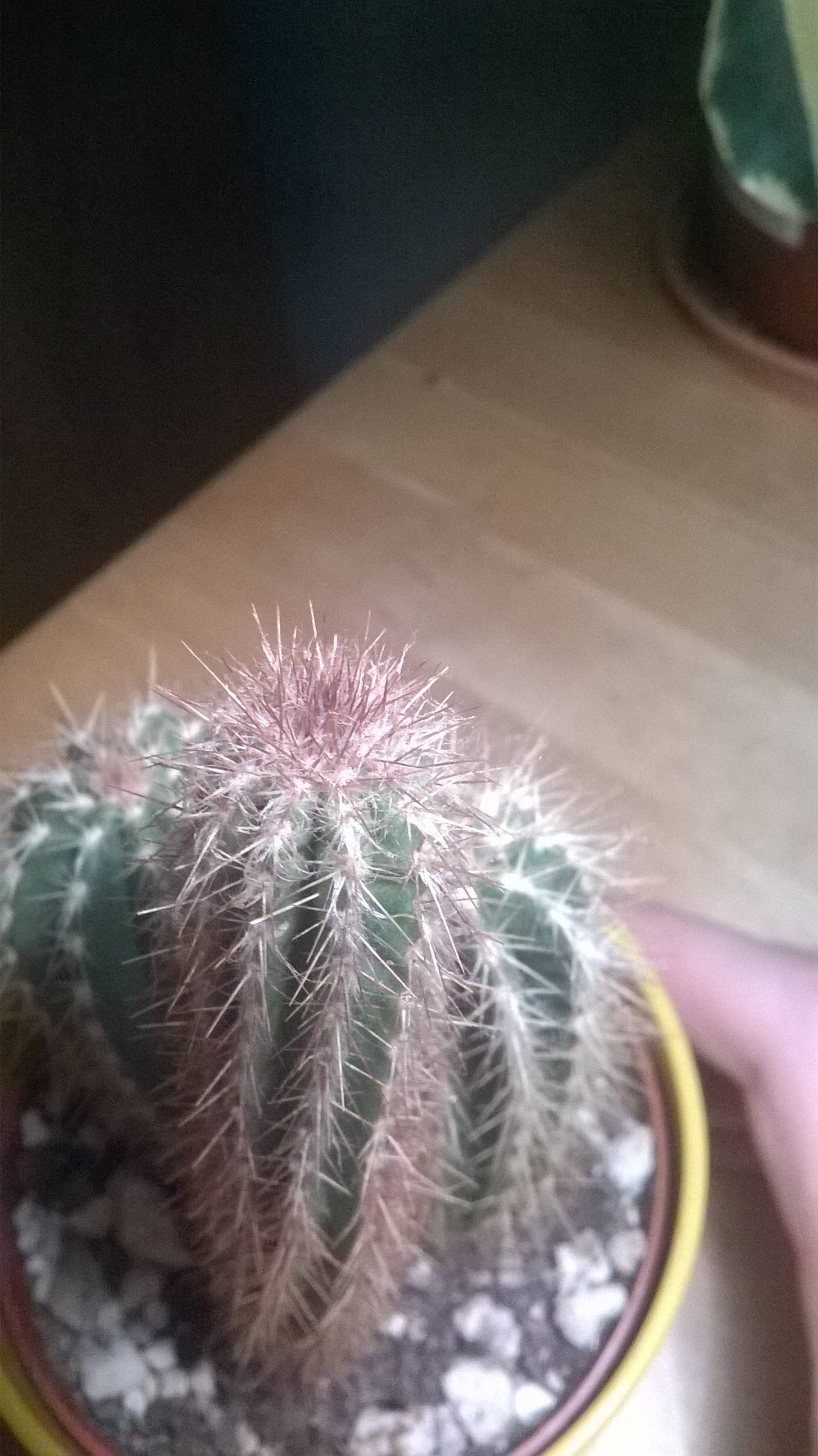 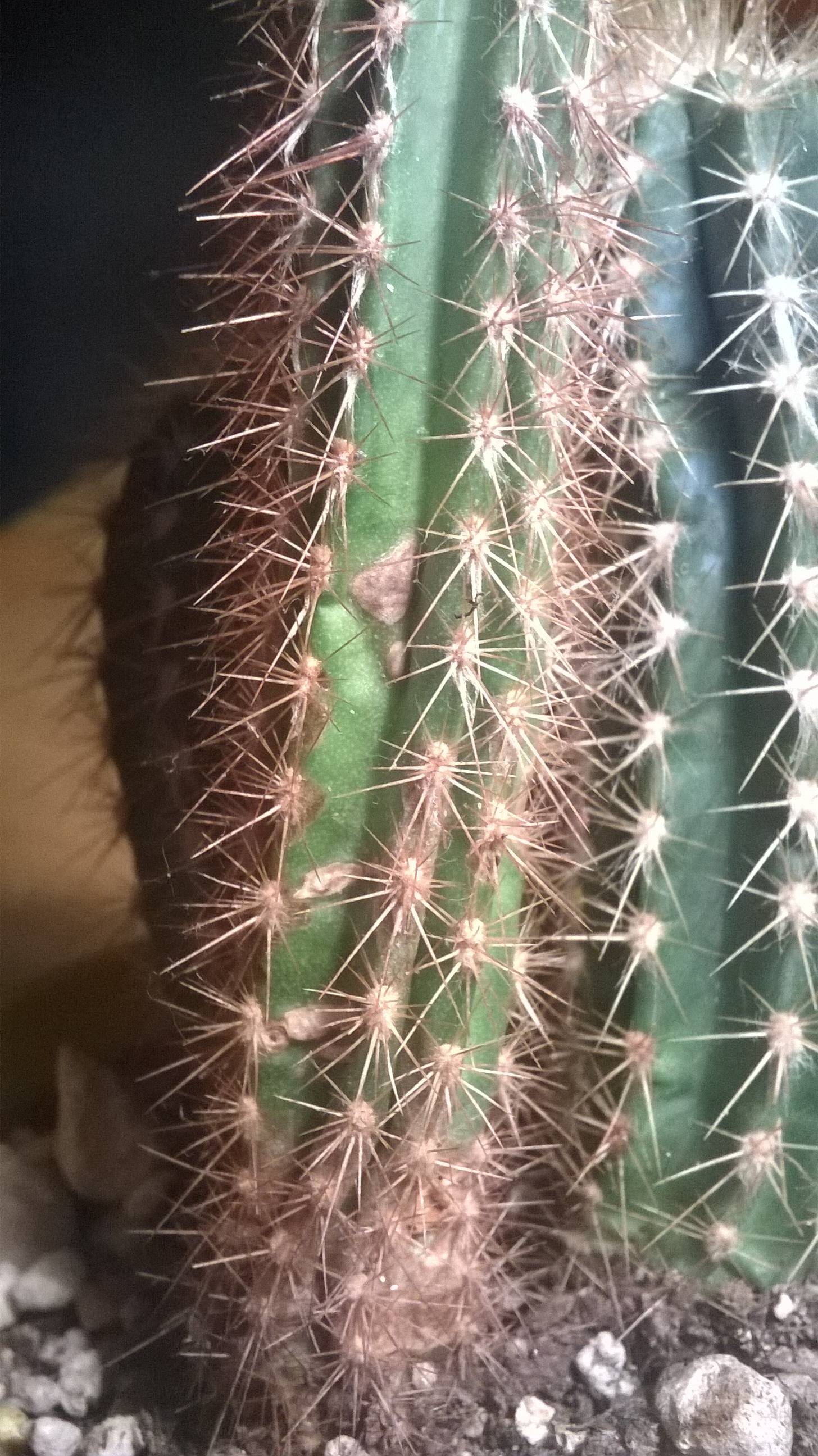 I think it might be Pachycereus pecten-aboriginum - not 100% whether its that or Stenocereus fimbriatus, but either way, that diseased part needs to go. It likely is attached below soil level to the rest of the plant, so I suggest you don a pair of very thick gloves and carefully turn it out of its pot, then have a look to see if the roots attached to that sick one look mushy or soggy when compared to the rest. If they do, and you can't just pull them away from the rest complete with the upper stem, use a clean, sharp knife and cut any diseased ones out, carefully, so as not to damage any healthy roots, and cut off the sickly stem completely. Might be easier to cut that stem off first, thinking about it, but you do need to check what's happening at root level too. Assuming you have to remove some root material because its diseased, remove as much of the soil around the rest of the roots as you can without causing damage to healthy roots. After you're done, repot into the same pot (or a new one) but make sure you clean it thoroughly first, and use fresh cactus potting medium.

I'm only guessing what's caused this, but it looks like the base of that particular stem has had some damage, either physical or from scale insect or other cause, and this has caused a rot of some sort to set in. There's a risk it will spread to the rest if you don't take remedial action, so although its a risk to muck about with the roots, its probably essential.

The first problem is that you need to repot your friends. That pot is far too small. The second issue is that it is not getting enough sunlight. This is causing the plants to reach/stretch out (etiolation). The third issue is that you are dumping water directly on your plants, causing the red/brown. Pour the water around the plants, not on them. When you go to repot, if any of them are rotten, cut off the rotten piece(s) and lay them down inside until the cut portion scabs over. At that point, repot the plant and it will grow roots again. ALL species of cacti require fertilizer. This is especially the case if you wait too long to repot. Finally, make sure to never use a "pot" with no drainage holes. That's not a pot, its a bowl and it will eventually cause root rot or fungal infections.

Keeping original substrates with succulents is a usually a risk. Most are kept warm and grown to salable size in commercial soil with fungicides. Bamboo has good advice. YouTube will have some walkthru videos as well.

I'd wager the issue is rot caused by expiration of the original fungicides in too moist of a soil mix.

For cleaning soil from roots, use a fork held very gently and comb them out. Pretend you're combing out someone's hair who's very tender-headed. (There's tools for this but a fork will do in a pinch).

10
Do opuntia (prickly pear) cacti readily form hybrids in the wild?
10
Why is my cactus purple?
4
Opuntia is slouching after repotting
3
Flattened/Deflated cactus, snapped cactus and white spots
7
Are these 'fluffy' cacti healthy?
2
What is wrong with my cactus?
7
Cactus shoots drooping and turning olive
1
Proper growth of pear cactus
5
35+ year old cactus turning yellow