How can I promote new growth on a section of my Jade cutting?

I inherited this jade from my mother who got it 10 years ago. It had some considerable root rot and some wild and curvy/lanky branches, so I hacked it way back. The root rot went up about 2" of the trunk, so that was a bummer to have to cut.

Anyways, fast forward to now - the main section has rooted and we've got some solid growth. The majority of the cut branches are now thriving as well.

I would like to promote a thick trunk and direct growth to the one section that does not currently have buds (circled). 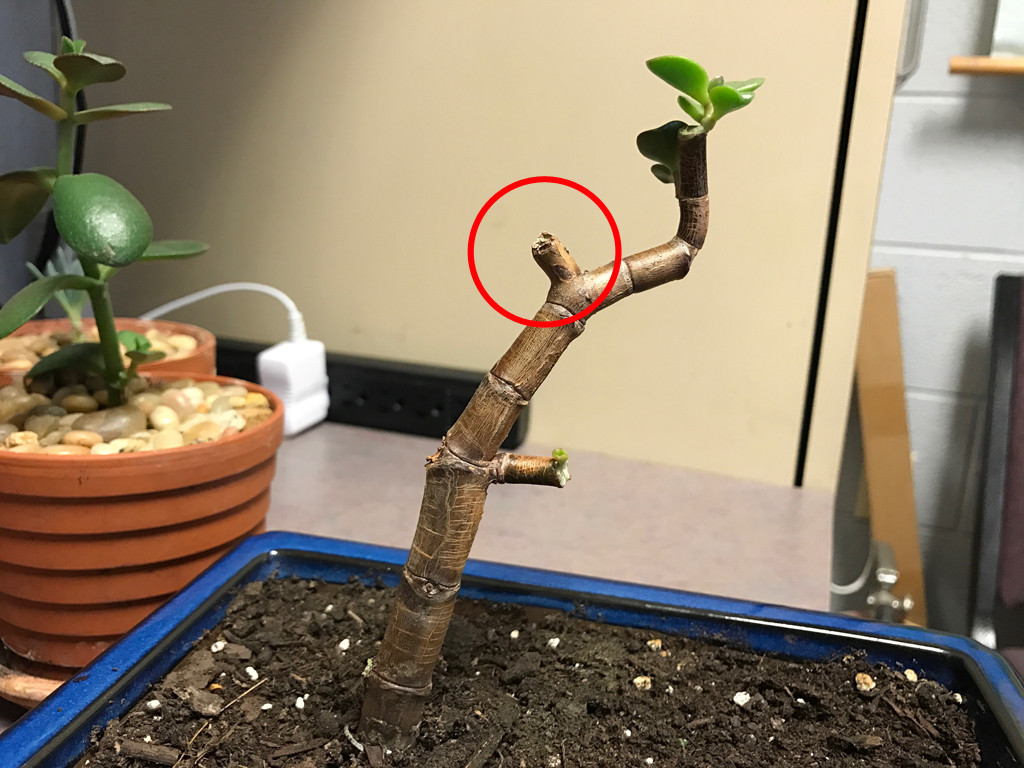 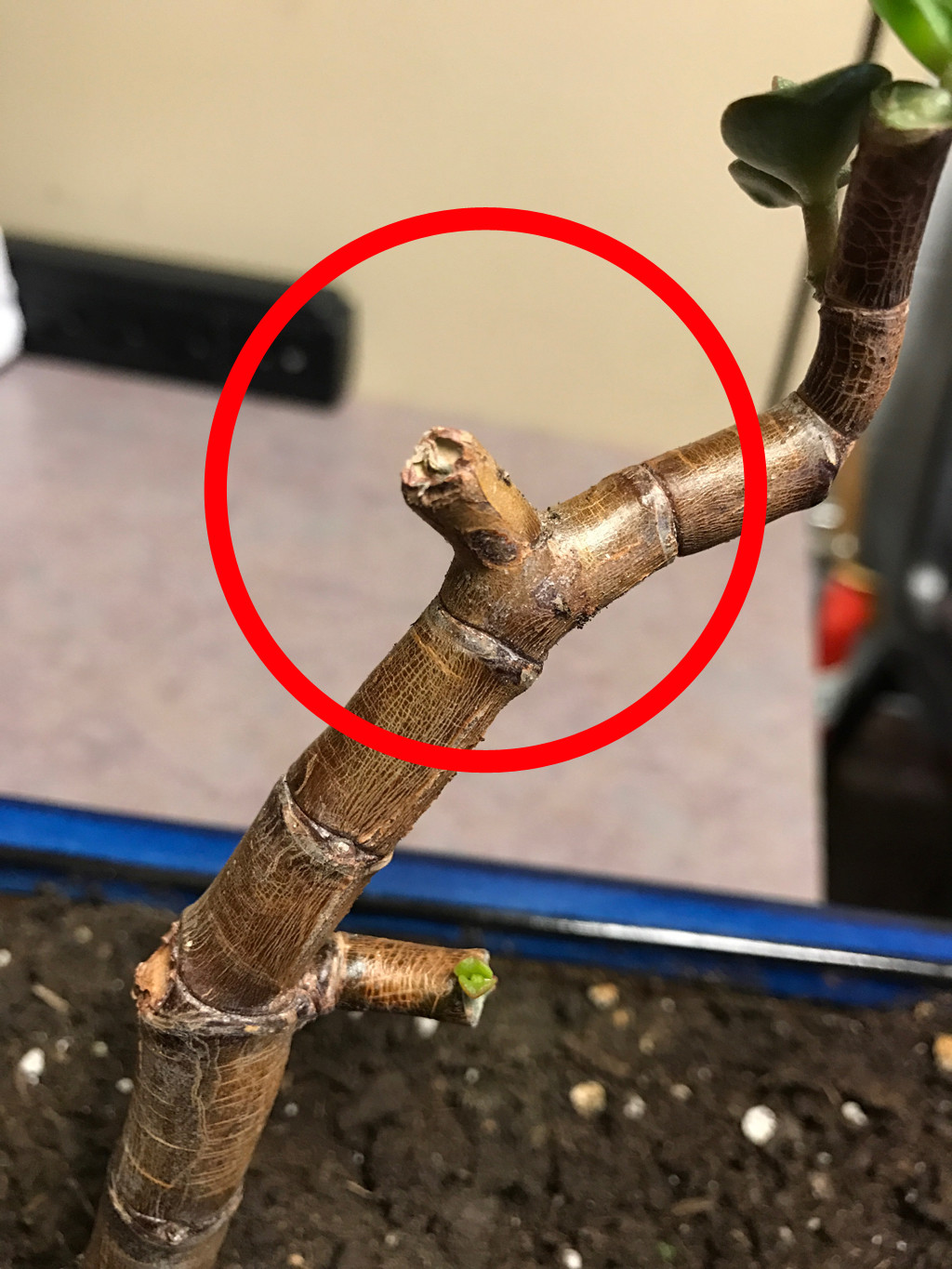 Anyways - I would love general and specific suggestions.

The plant lives in my office and receives about 12 hours with grow light, 8 hours with florescent office lighting, and 4 hours of darkness. The soil is a mixture of course orchid and organic potting soil.

Like many plants, Jade plant stems are comprised of 'nodes and internodes' (the nodes containing the concentrated meristem tissue):

The nodes hold one or more leaves, as well as buds which can grow into branches (with leaves, conifer cones, or inflorescences (flowers)). Adventitious roots may also be produced from the nodes. The internodes distance one node from another.

In your case, it looks as though you've cut the stem in the first internodal shoot from the main stem. Plants like to grow from terminal or axillary buds (which are found at nodes), before they put out adventitious growth (internodal), because of a phenomenon called apical dominance.

This means that if you cut a plant back, the nodes nearest the cut ends (extremities) are the most likely to send out new shoots, followed by the more central/lower nodes, and generally internodal growth will be a last resort. This does not mean it will be impossible for the plant to put growth out there (that stub, because of it's position, is probably the most likely area to form meristematic tissue), it simply means that growth in that stem area is unlikely, especially with energy expenditure taking place in the normal regrowth areas.

Your highest chance of regrowth in that area is to completely remove that stub at the base, and hope that new buds are formed at the base. Other than that, you'll have to wait and see what happens.

Not the answer you're looking for? Browse other questions tagged indoors succulents optimal-conditions office-gardening jade or ask your own question.

5
What is 'Apical Dominance'?

10
Jade: Can I repot and/or take cuttings?
5
Can I save a jade from root rot?
5
Stimulate lower stem regrowth of pepper plant
4
Can a jade plant agitate allergies?
7
What soil mixture should I use for my office Schefflera?
4
How do I save this jade plant?
5
Does an injured succulent require amputation?
4
Is there way to encourage a jade plant to grow new branches from the woody trunk?
0
Anything else I can do to promote growth?