I noticed this small (~1cm long) insect on my rose bush in Santa Cruz, California, U.S.A.. I also noticed that all the scales, usually infesting my rose, were missing. I was pleased and am currently attributing this attrition to the new visitor.

Any thoughts on what this insect may be and if it is indeed to be commended for it's excellent work? 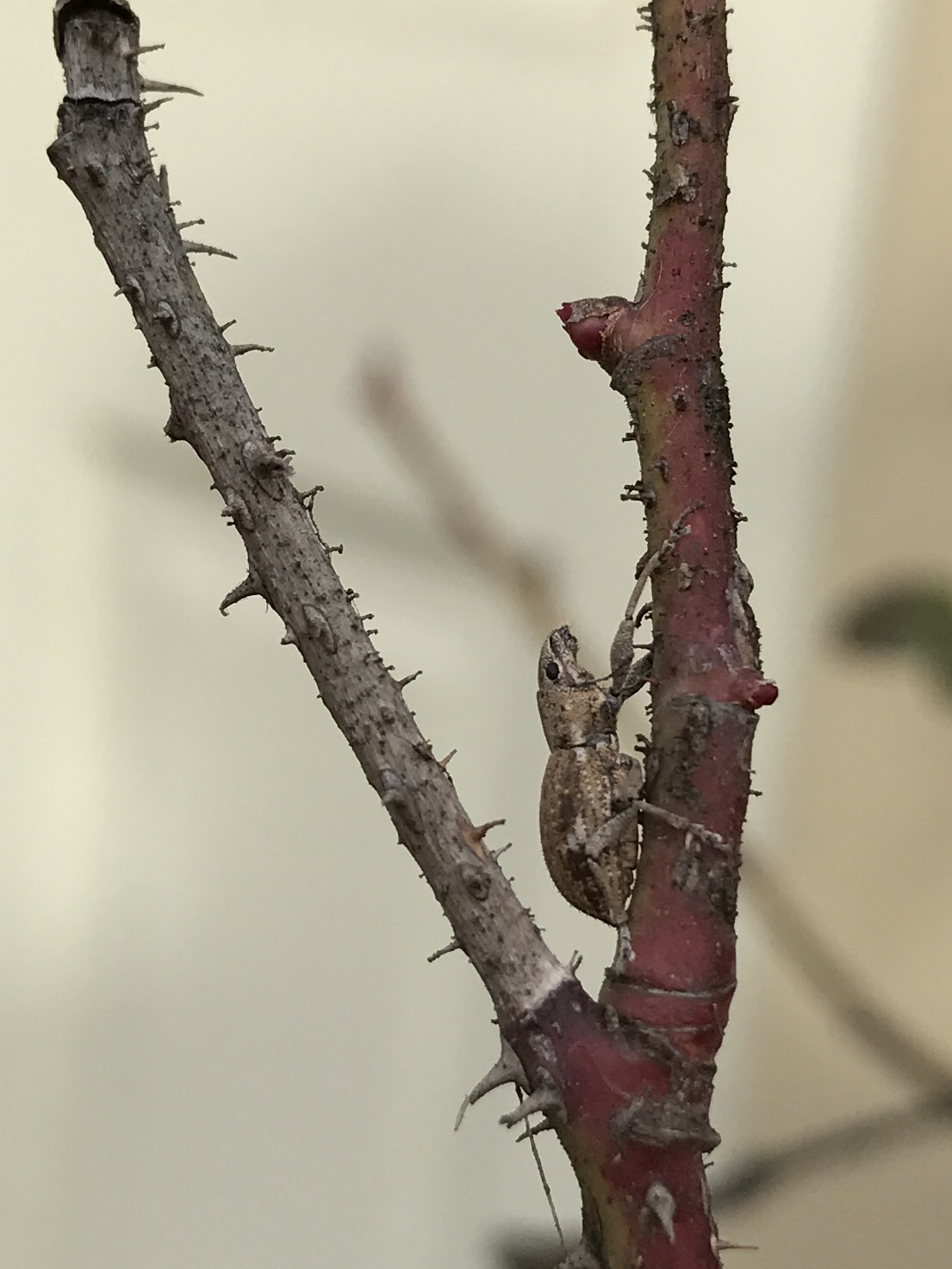 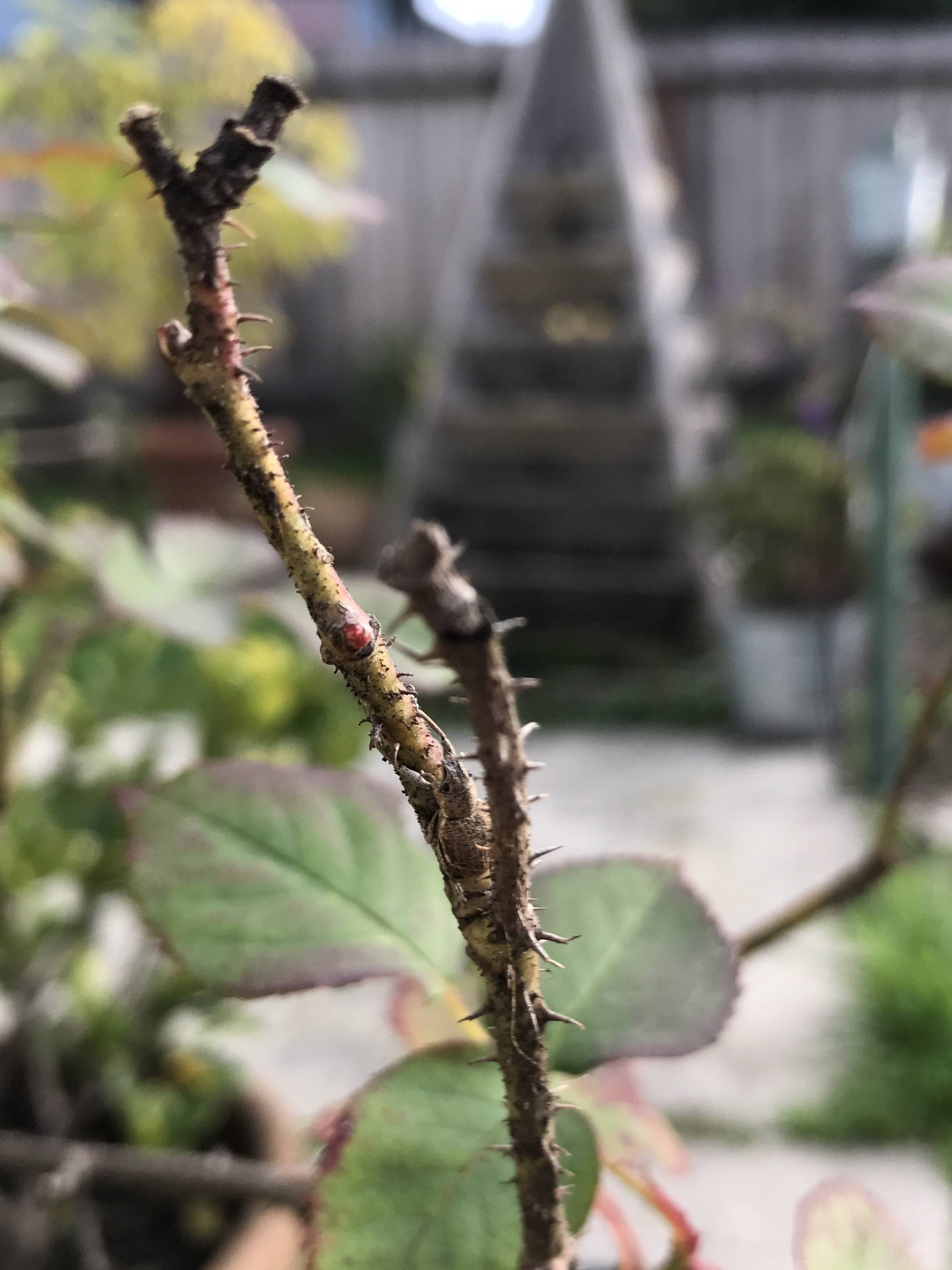 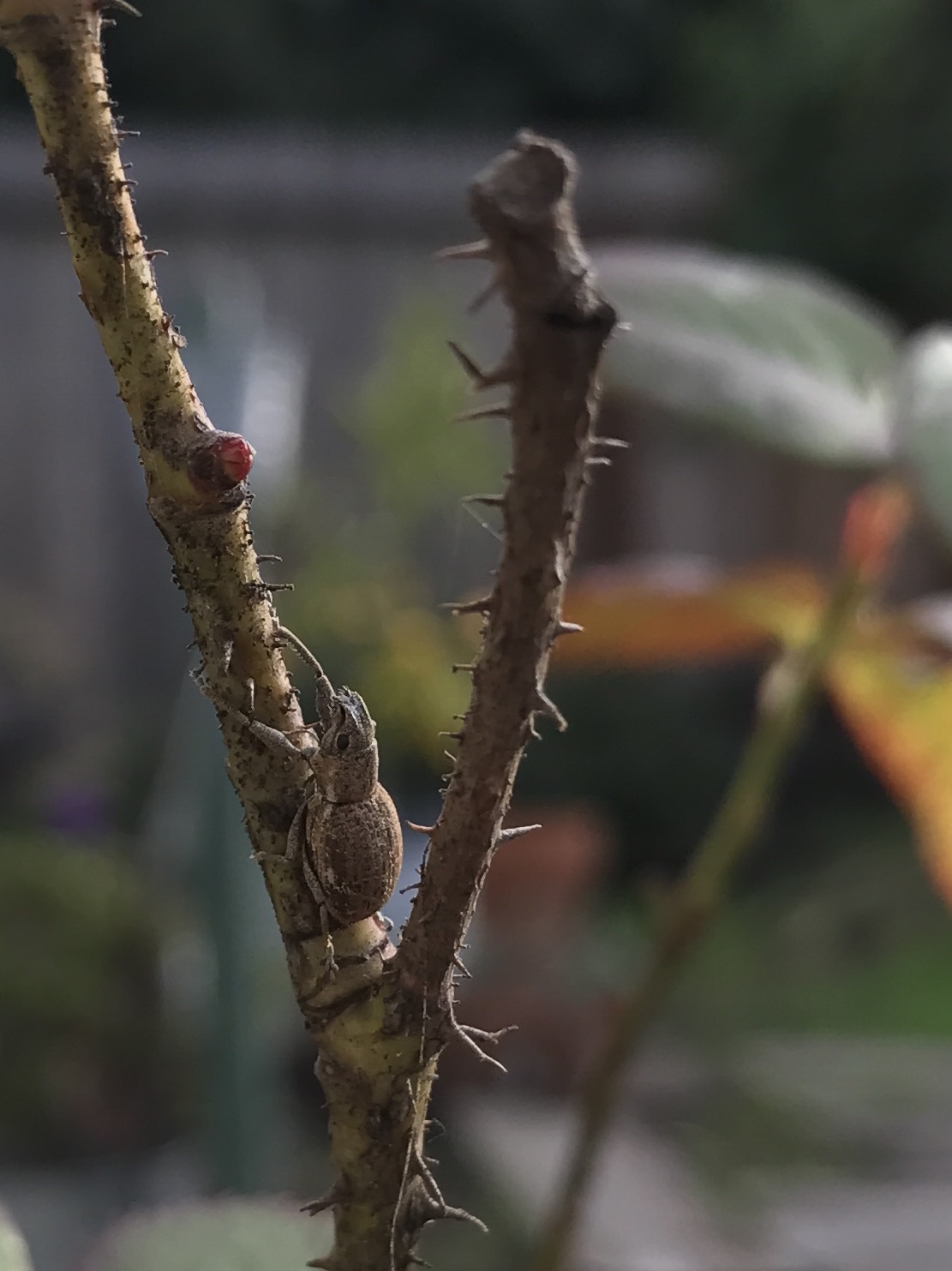 I'm not an entomologist but by googling, it looks to be a Rose Weevil or Fuller Rose Beetle aka Naupactus (Asynonychus) godmani. 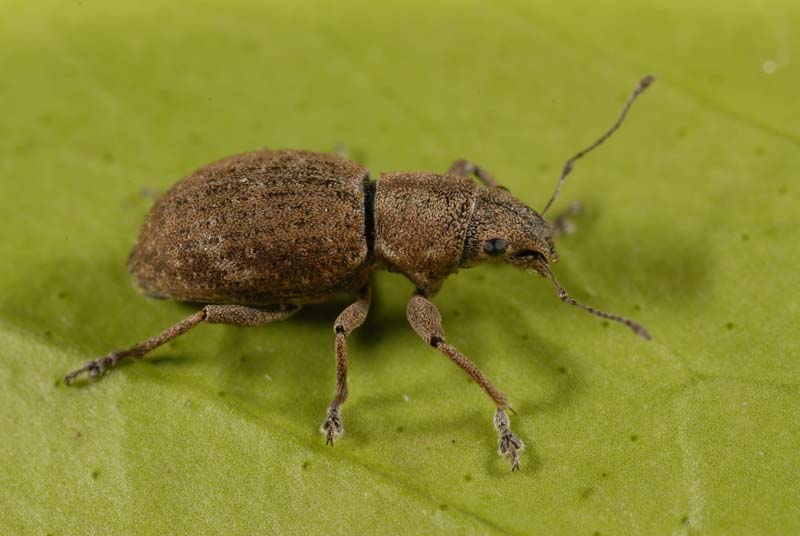 The damage done by this beetle is to the foliage of the host plant by the adults and the root system is damaged by the larvae. Death of the host rose bush is a very real possibility if not controlled. Part of figuring out the pest we have is in recognition of the damage the particular insect does. With the fuller rose beetle, the leaf damage is typically serrated (notched edges), creating a ragged appearance. Under heavy infestations, these beetles can easily consume an entire leaf, leaving only the midrib of the leaf! The younger larvae eat at the root hairs or rootlets, and the older larvae girdle the lateral roots of the host plant. Such damage to the root system will result in stunted growth since the roots are unable to effectively take up the nutrition it needs. Weakening of the root system also makes it a good candidate for fungal infections that will aid in the death of the rose. Early recognition of such a problem is priceless, making the treatment of fuller rose beetles imperative.

Not the answer you're looking for? Browse other questions tagged identification insects roses scale or ask your own question.