Opuntia is slouching after repotting

About 24 hours ago I repotted my Opuntia (Specie ID is Subulata but pictures look a bit different than my plant). The plant is now slouching in a way akin to how it slouches when I neglect watering it for a period of 1-2 months, but it has been roughly 20 days since the last time I watered it.

The repotting process went as follows: I extracted the plant from the pot and emptied it of the original soil. Using my fingers and a brush, I delicately broke the very solid blob of soil under the plant, which I suspected made it hard for it to get water, exposing as much of the root system as I could.

I mixed 2 parts cactus soil and one part perlite for the new potting mix. I filled the pot, made a hole in the new soil and inserted the succulent in it.

Two other succulents (all cacti) are potted in the same pot. After repotting, I moved the plants back to their spot near a south facing window. Today was a fairly sunny day.

Roughly 24 hours after being repotted, I found the plant slouching. I generally interpret this as lack of water, and it does recover after receiving some, but I'm worried this might be a consequence of the repotting itself.

I'm also not sure if I should water these plants now, as potentially damaged roots could rot if watered too soon.

What could be the cause of the slouching?

Pictures of the plant as seen today: 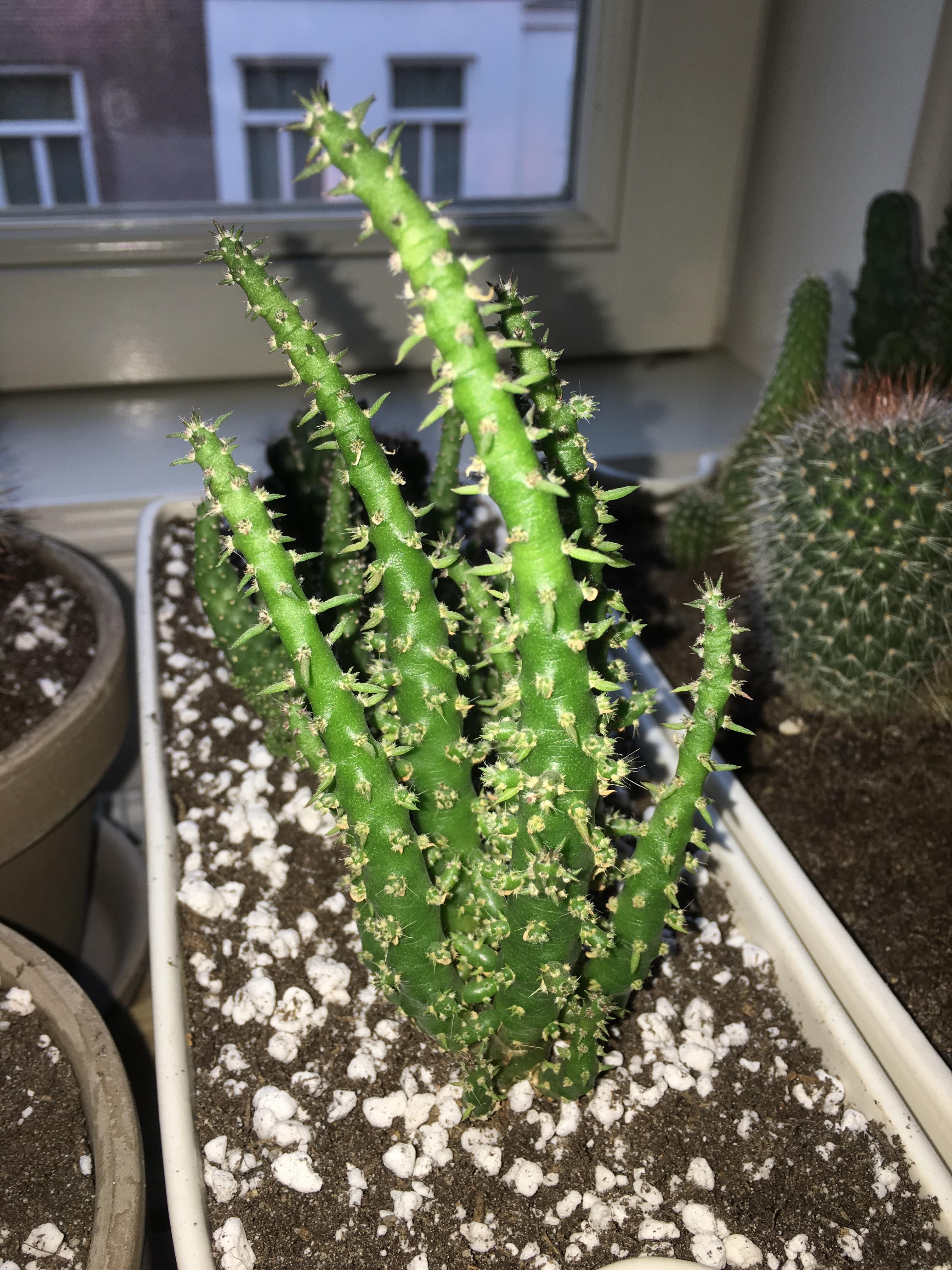 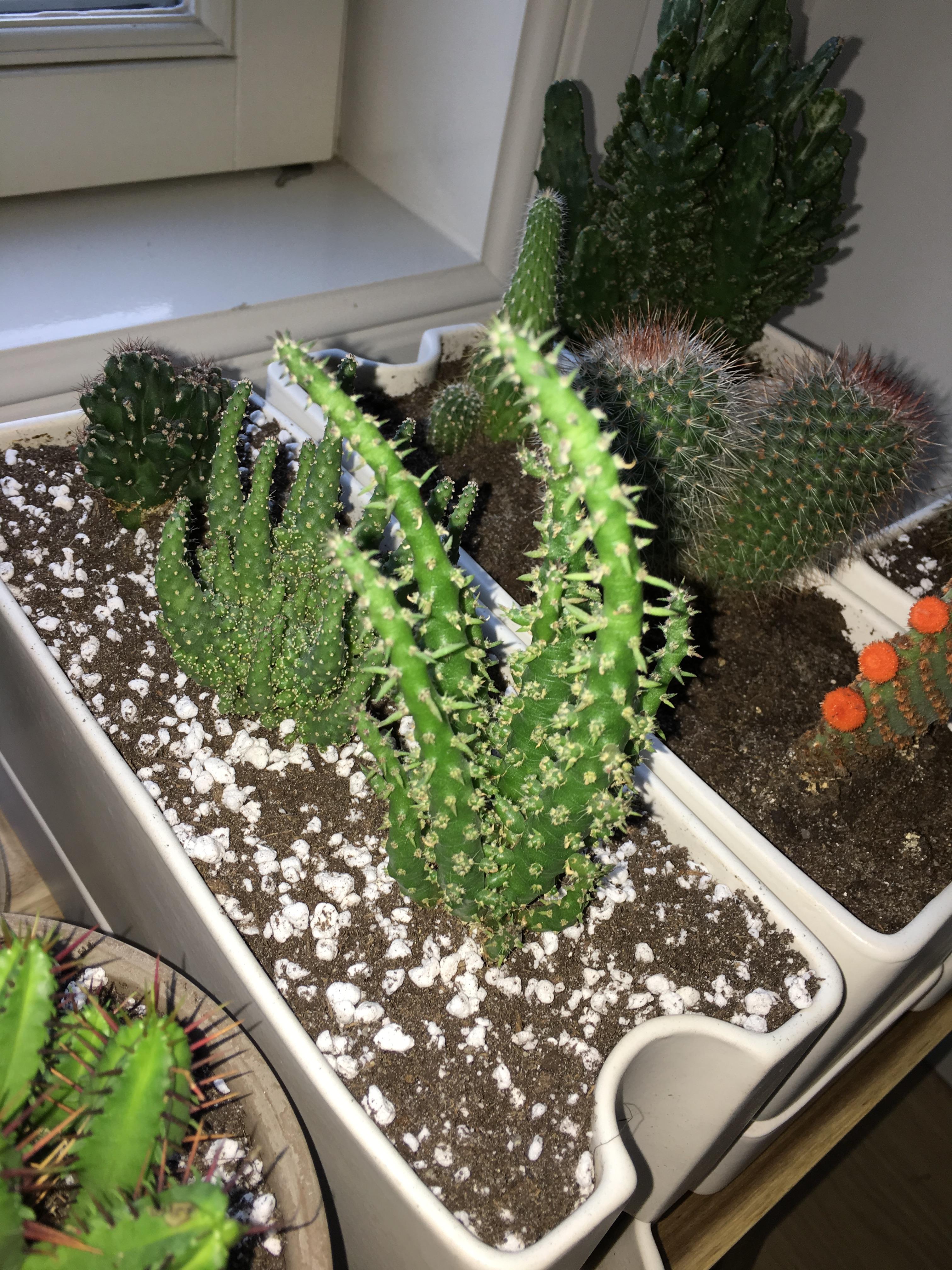 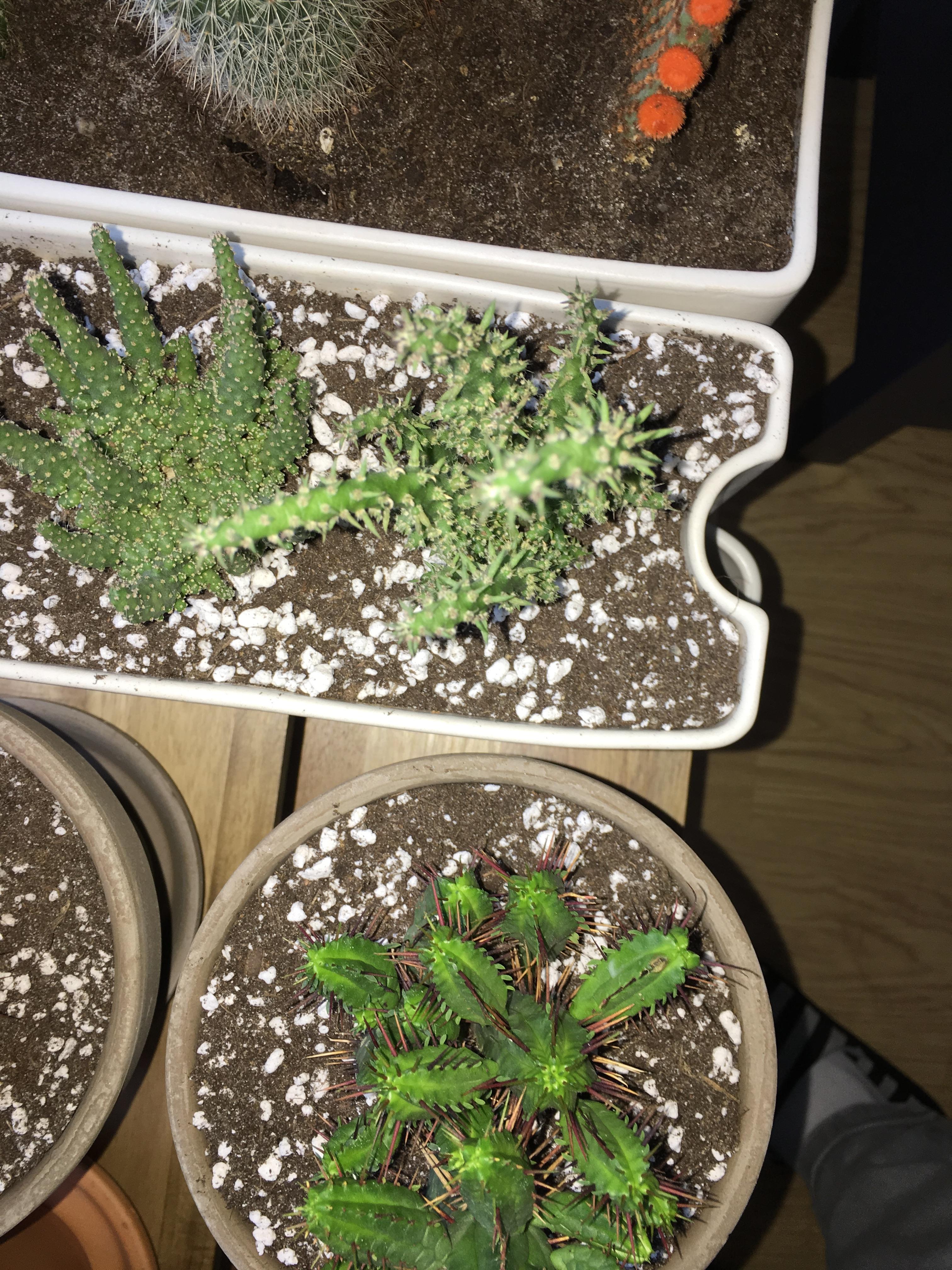 Here's how the plant looks normally (this photo is roughly 2 months old): 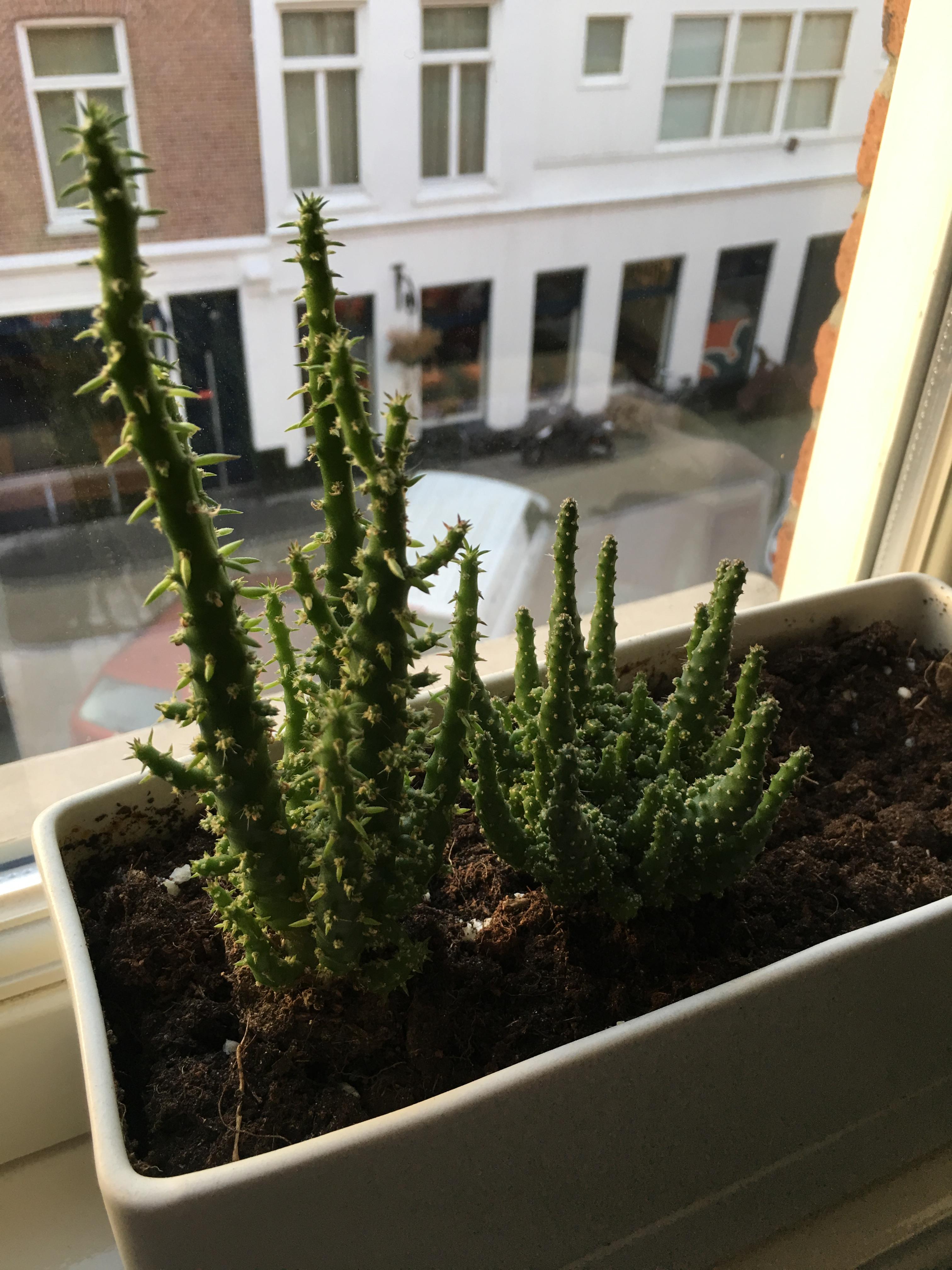 Bonus question: why does my opuntia look so much different than other Subulata specimens? Is it the wrong ID or is my plant suffering from stunted growth? (It hasn't grown at all for the last few months)

Your plants are so healthy otherwise. I would water this guy. From my experience when a succulent/cactus starts getting crinkled skin that means it needs water. It might just be a compromised root system and that is why it is having a tough time getting enough water. Be careful to not over water, just enough to wet the root system and let us know how it responds. Whatever you are doing with your watering seems to be right on for all your succulent/cactus plants. Rereading your question I think you overdid the cleaning of soil from the roots as you suspect. Yup, water this plant, shallowly.

Normal potting mix is fine with these guys, mine's thriving. It's really not that fussy like an orchid or anything. I have plucked pieces of it, put in pot and it's grown, easy!

Not the answer you're looking for? Browse other questions tagged watering cactus repotting or ask your own question.