My folks have/had a well established Liquid Amber tree which fell on their fence during a recent high wind event.

I understand that the local council has fairly recently been laying fiber cable and doing some other reticulation work in close vicinity to the tree.

How likely is it that this root damage would have caused by this work.

Also, looking at the pictures below, is anyone able to hazard a guess as to how long the tree may have been rotting for, and how apparent this would have been prior to the tree falling down, had there been periodic inspections of the tree.

Also, how common is this kind of problem with these types of trees ? 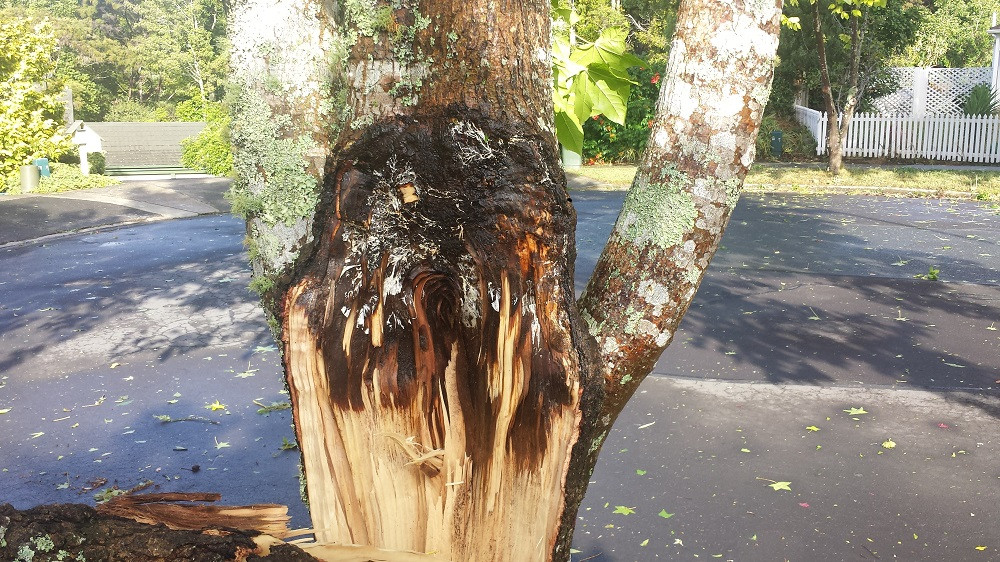 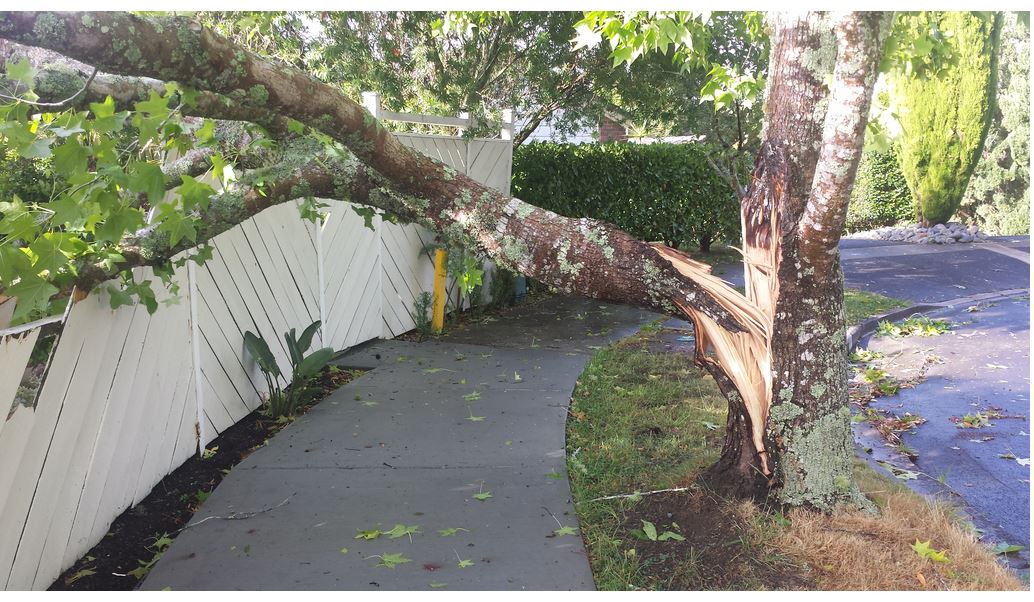 This type of occurrence is called a split due to a weak crotch and two competing leaders. The split has been inevitable for many years, and was just waiting for the weight of wood on one side or the other to pull the branch down. It is quite commonly seen. The activity in the root zone probably has no relevance; while this may have reduced the overall vigour of the tree the split was an event waiting to happen for many years.

Tree surgeons are often able to detect this kind of weak crotch and can either reduce the weight of wood on the weak side or brace or cable the two competing leaders together, each supporting the other. Ideally when a tree is young and it is clear that two competing leaders are developing we can remove one so that the weak crotch never develops and the tree can fill in the inevitable gap. However, interfering with the point of weakness to detect its state of rot itself would probably weaken it further so the operation would not be carried out.

Local authorities are usually very careful to lay cable only on land they own. If private tree roots expand onto their land then that is unfortunate but they can have no responsibility for damage caused to the roots.

Most trees, including Liquidambar, are subject to the competing leader problem. When inspecting trees, look for the angle between the competing stems; a wide angle is perhaps okay, but a sharp or acute angle is a sign that weakness may be present.

Edit: when you come to do the cleanup, examine carefully what remains of the tree once the fallen part has been removed. You may find that the remaining leader is badly unbalanced and might need to be reshaped to restore some stability. Assess where it might fall if it goes over and evaluate potential damage if and when it does.

Not the answer you're looking for? Browse other questions tagged tree-care rot or ask your own question.

11
How can I determine which trees are unsafe in strong winds?
7
How close should a maple tree sapling be to marked utilities?
3
How should I deal with my willow tree that has been butchered by the council?
7
How can I manage a weeping willow with a broken branch?
4
How to stop trunk from crumbling
6
How can I save my Meyer lemon tree?
3
Why does my sycamore have brown leaves?
2
3 Mango Trees (6 months old); Grayish-Orange Spots heavily progressed; Blackening/brown curling leaf tips; 1 Mango Plant losing all its leaves!