One part of Blueberry bush blooming, rest of plant appears dormant or dead

I recently purchased what is now my first dwarf blueberry plant.

On this plant, at the end of a large, thick vertical cane, are a few green branches that have some small seeds and the 'early green tip' stage of leaf development.

On one of these green branches, a seed swelled, turned into a flower, expanded out into a corolla tube and opened up, in about the course of a week.

The rest of the bush appears dead or dormant.

Some of the parts of these dormant/dead canes' leaves or buds have what appears to be small parts of blue leaves on them, which I don't understand. On some parts of the plant, such as the very thick vertical branch that the other green branches are stemming from, have some kind of winter-looking blue/grey 'bark' on them, looking neither green nor brown. Is this normal?

How can I tell whether the other parts of the plant are just dormant or whether they've died off?

I'm keeping the plant indoors, under a 300w LED light, with a large aqua-globe-like system that keeps the soil saturated with enough water as it dries out.enter image description here 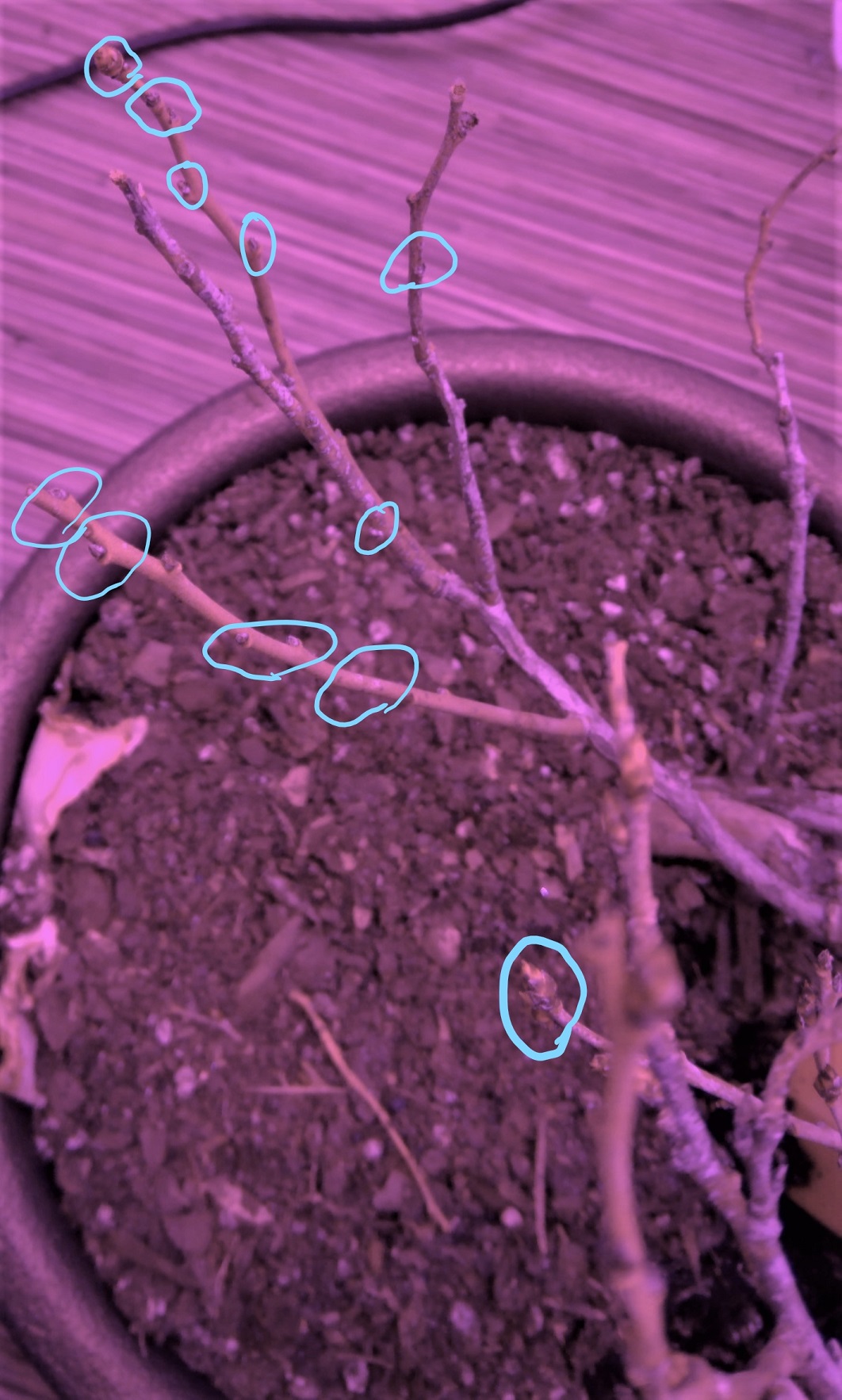 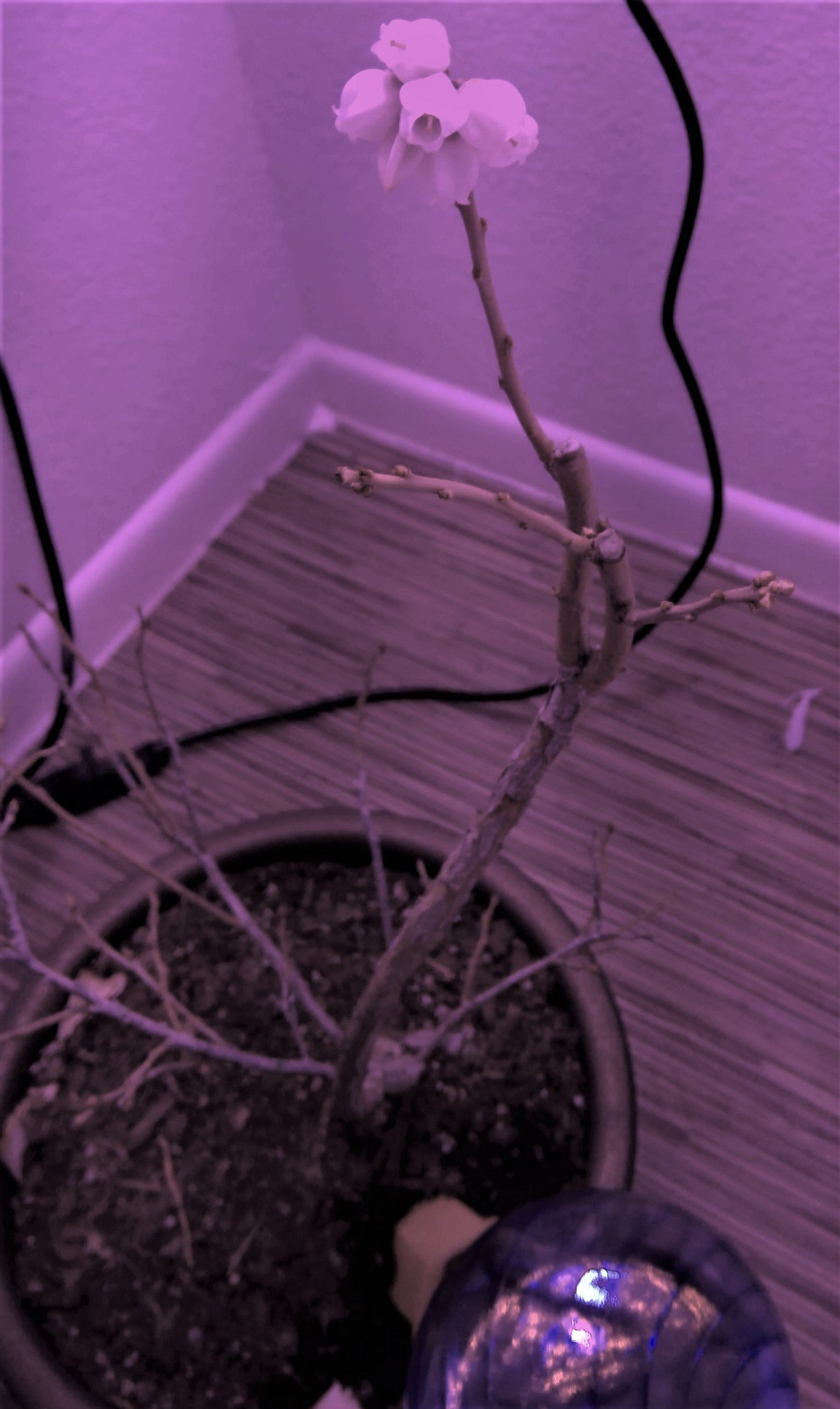 As you have learned, the pH is an important factor, however the immediate concern seems to be that we don't know if the plant is dead or alive.

There is a quick and simple test for this: choose a nice thick shoot about halfway up the stem and push a thumbnail against the bark between two buds to raise up a tiny flap and see what is just below the surface. Do it gently, the goal here is to see if there is an active cambium layer. Ideally you want to see a nice light green flash of active tissue; if you see that after a gentle push then leave it as is, press the tissue back into place and leave it to wake up in the normal process of events. You can try this on a number of the shoots if you suspect some are good and others not, but if you see green then leave well alone.

A more severe test is to clip off one or more of the shoots towards the top and examine the cross-section of the cut area. Dead tissue will look brown or grey with no sign of light-coloured growing wood. But this is probably too severe a test at this time.

Think positively - the buds look nice and fat and there is no reason why it should not take off as required. It might just need to wake up fully (emerge from dormant state).

If you are only filling in a bit of space in the pot with extra soil you can consider pure peat moss which is naturally low in pH.

Not the answer you're looking for? Browse other questions tagged shrubs growth dead-branch or ask your own question.

4
How to prune my sad rhododendron?
4
How to encourage weeping cherry to grow larger
6
How should I treat a weigela bush with a large section of dead branches?
0
Will a hebe bud from old growth?
7
Revive dead part of a bush
5
What are these new trunks thats emerging from this Red Cherry Currant?
1
Why does my green giant arborvitae have so many buds?
2
Cherry tree ends of branches dying