I have had an orange tree (Valencia Orange) for roughly a year now, and it is currently a 30-something inches sapling.

It so far was looking healthy, but in the past couple days, some new leaves it had been making appear to be drooping (is wilting the right term? See picture below)

Is it because it needs more water? (I have it indoors, in my office, and winter in New York can be quite dry. The temperature itself is never too cold, as it's indoors; and for the past week or so I have started misting the leaves 2-3 times a day with a spray filled with plain water.) Or could it be a lack of nutrients, or something else? 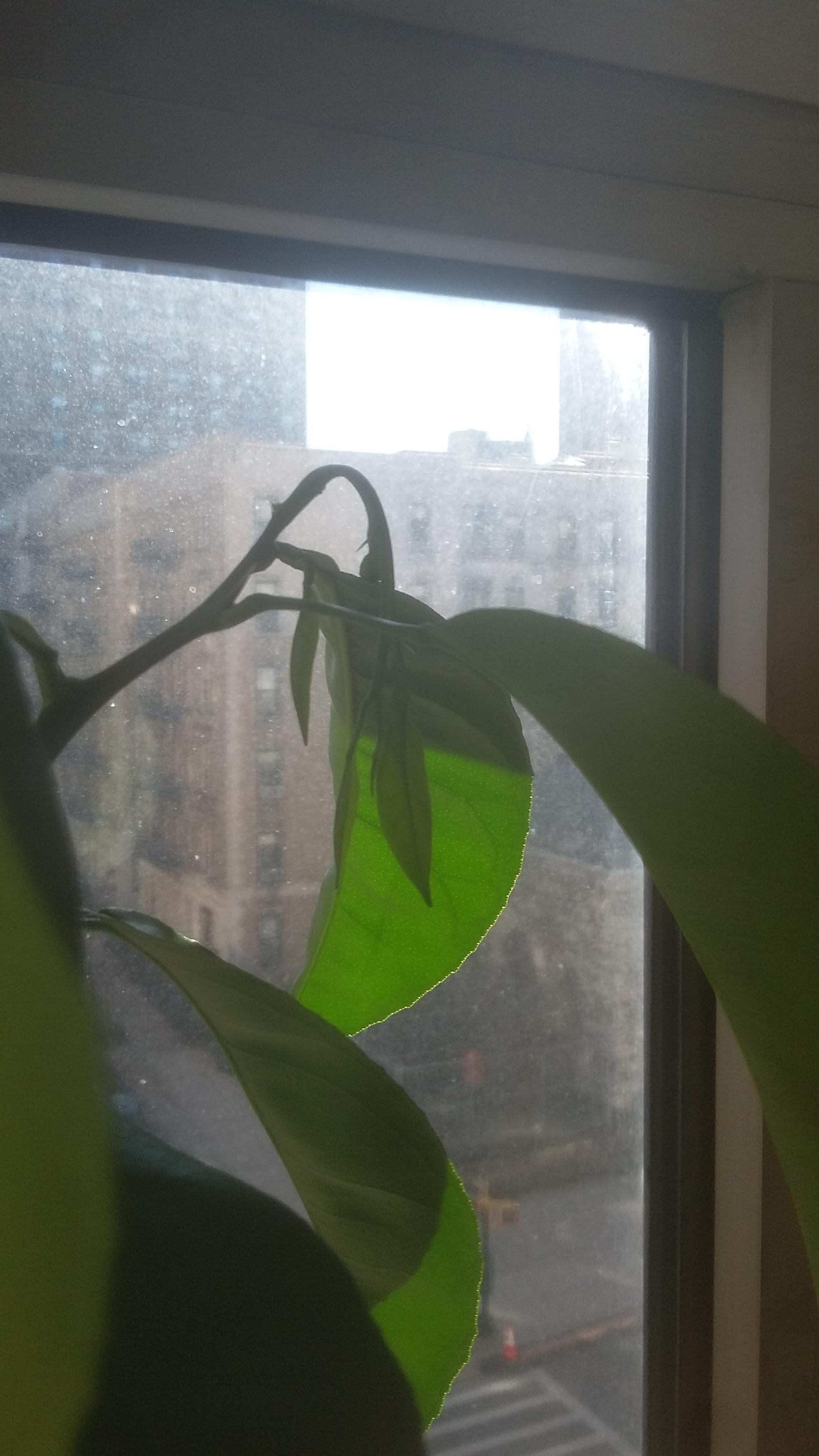 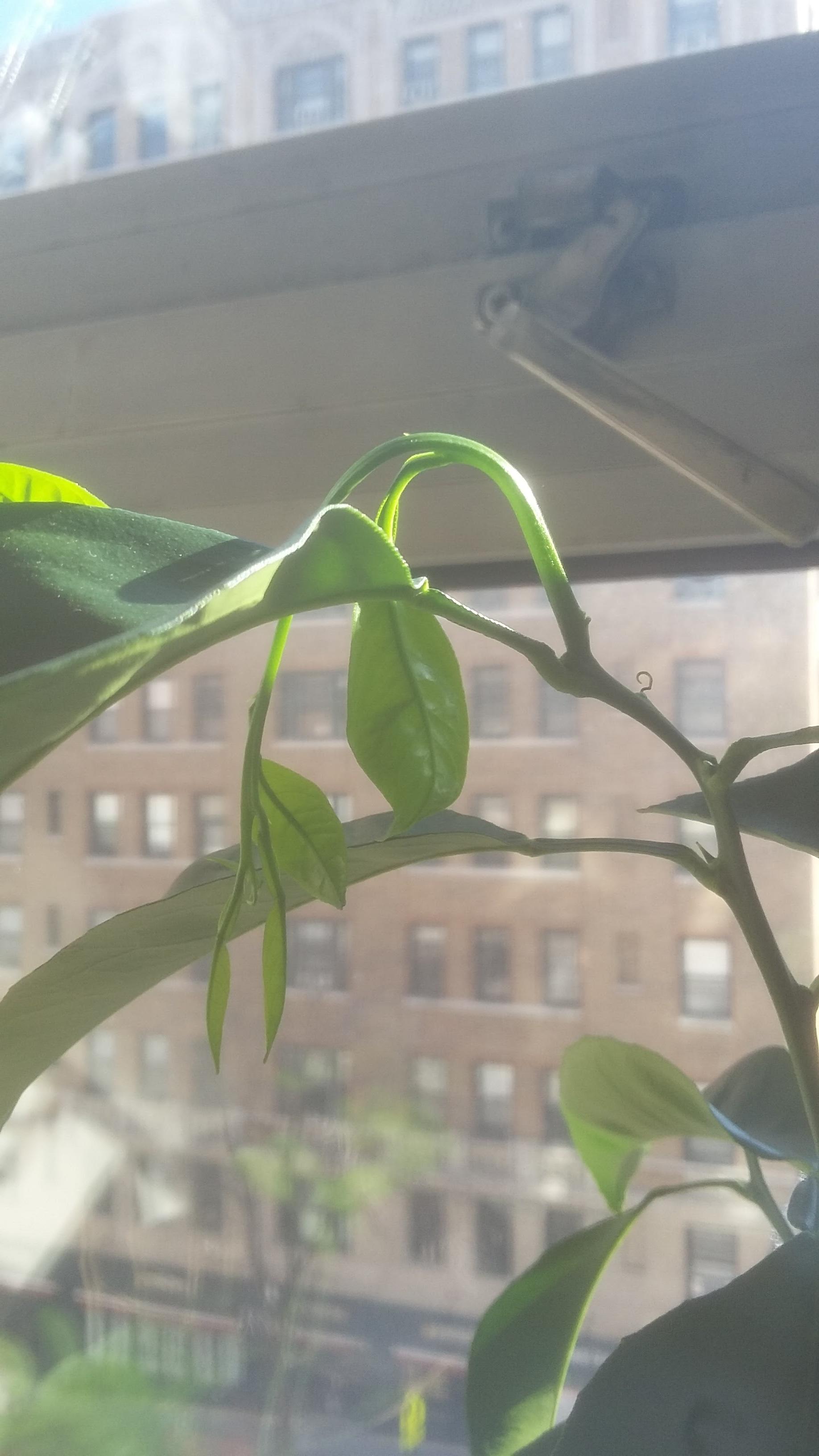 Assuming the soil in the pot isn't bone dry and you're watering as you have been doing during the last year, the most likely cause of the new leaves drooping is exposure to chilly air. A window that is not fully shut with the catch is not properly closed and cold air can certainly seep through, particularly overnight when, presumably, the heating is not running, or is running at a much lower level. The new growth will be more sensitive to cold than the older growth, so if the window was opened, however briefly, the cold blast will have affected that new growth.

It may also be that that the plant now requires a little more water, as its putting out new growth and is using up more because of active growth and transpiration. Equally, if its been in the same pot for longer than a year, its possible it now requires more root room, so a bigger pot might be called for - you can check by turning it out of its pot, carefully, to see if its rootbound. Otherwise, from what I can see of the growth, it seems healthy other than the new growth wilting.

Not the answer you're looking for? Browse other questions tagged trees fruit-trees leaves citrus or ask your own question.