Identify fruit from climbing plant, similar to a mix of soursop, carambola and passionfruit

My father uses our small backyard to plant some vegetables and tea. We have a fence that houses some climbing trees.

One of the climbing trees bore these strange (to us) fruits. I would appreciate if someone could identify it.

Photo of the young fruit, which is a pale green-yellow color and lumpy: 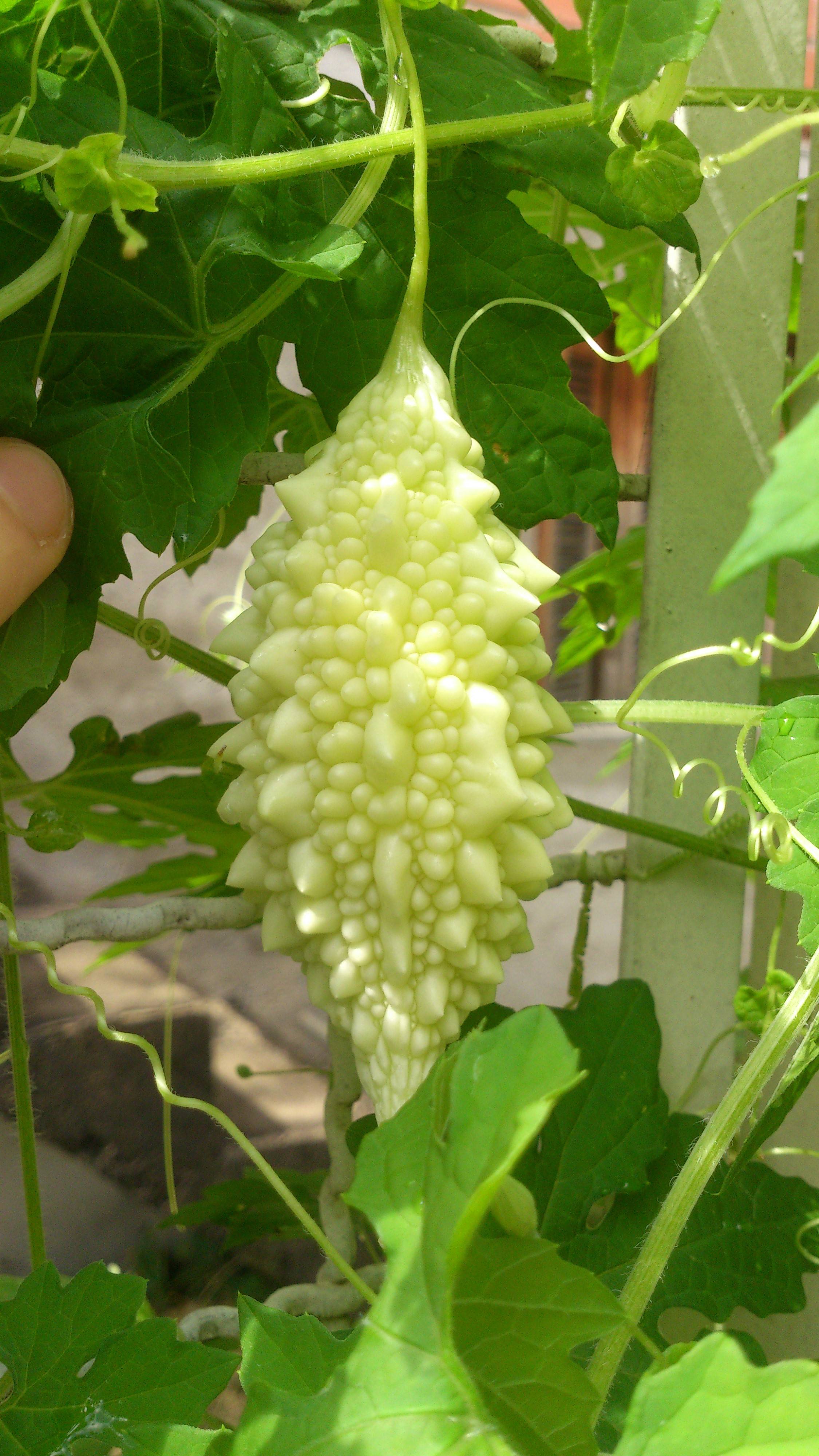 Photo of the small yellow flower: 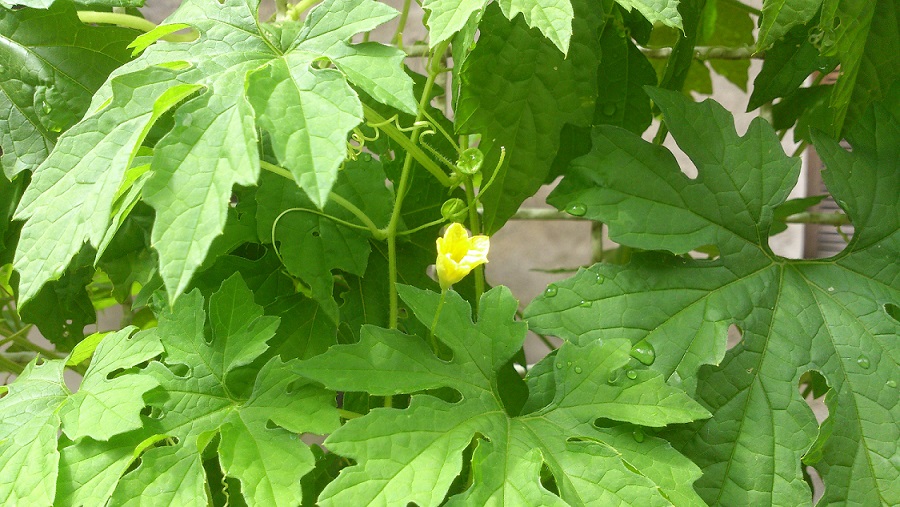 Photo of the tree: 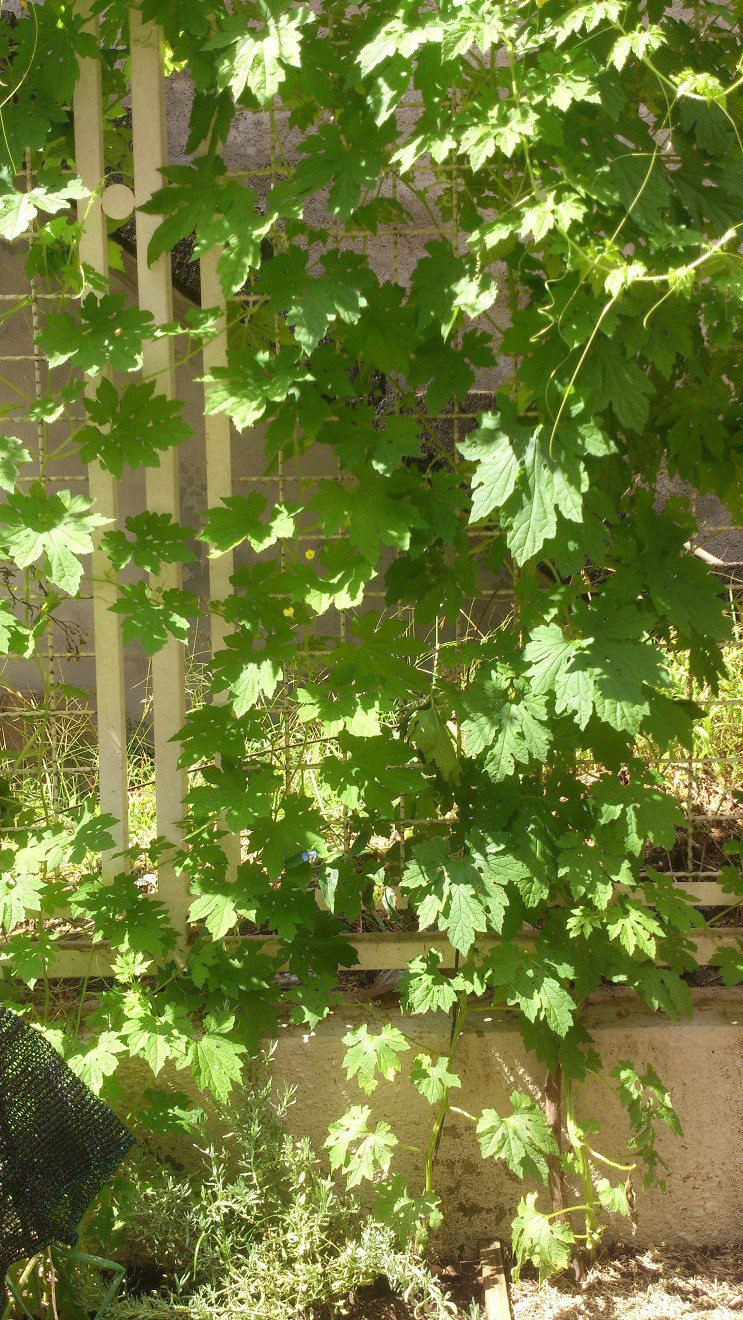 More information: We are in South Brazil. People give him seeds and seedling or he brings them from the wild, so we do not remember the origin. The fence once had a passion-fruit (Maracuja) that grew in a similar fashion. It's summer in the time of the photos (same day of the question), the fruits are still young and not mature.

"Momordica charantia, known as bitter melon, bitter gourd, bitter squash, or balsam-pear, has names in other languages which have entered English as loanwords, e.g. goya from Okinawan, pākal (பாகல்) in Tamil and karela from Sanskrit. Those from the Caribbean island of Jamaica commonly refer to the plant as cerasee. In Brazil this plant is called Saint Cajetan's Melon (melão-de-são-caetano).

It is a tropical and subtropical vine of the family Cucurbitaceae, widely grown in Asia, Africa, and the Caribbean for its edible fruit. Its many varieties differ substantially in the shape and bitterness of the fruit.

Bitter melon originated in India and was introduced into China in the 14th century." 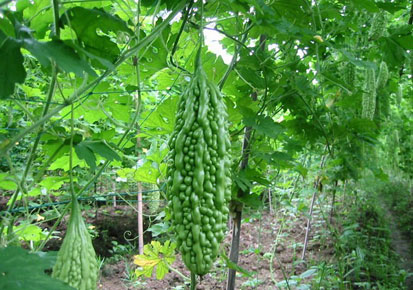 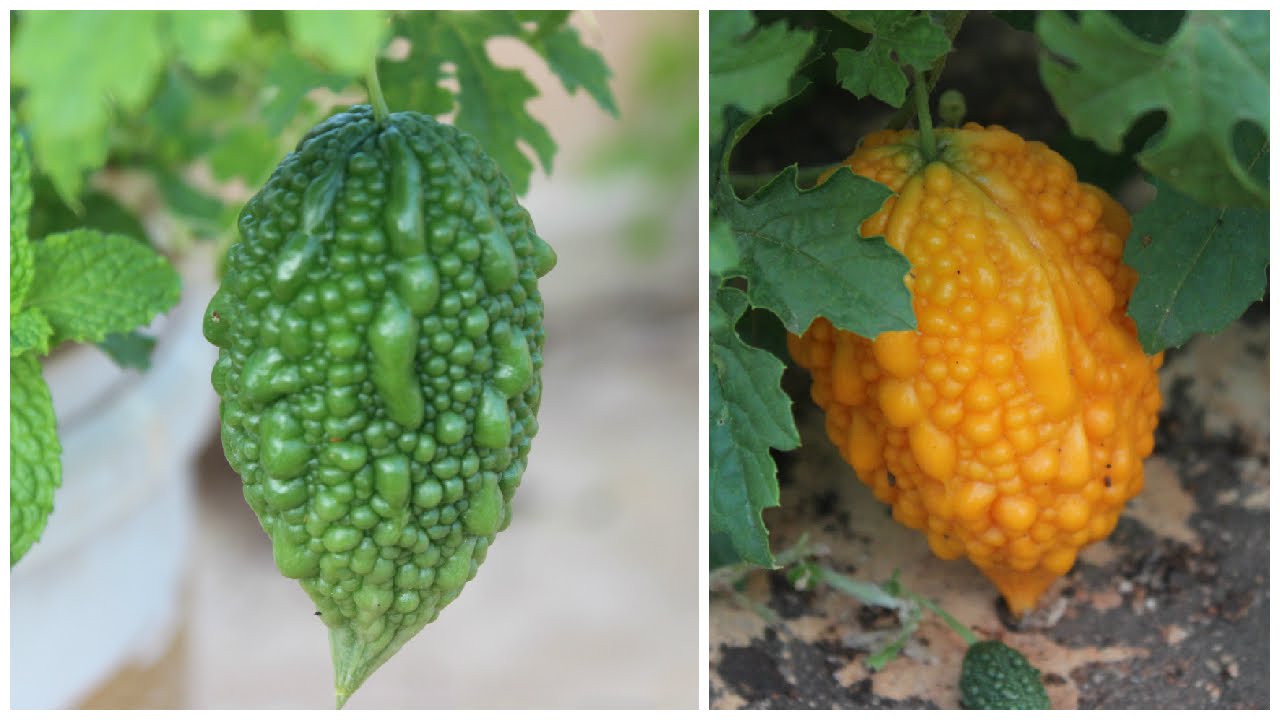 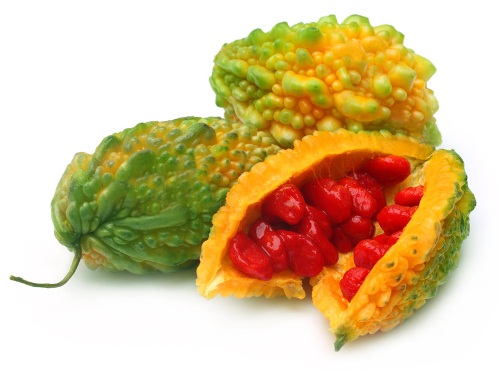 This fruit is called a bitter melon. The vine on which it grows is called cerasee. Make no mistake about the fruit though. When it is ripe, it is a beautiful orange color on the outside. The seeds on the inside have a thin red flesh covering them. This flesh is edible and sweet. When boiled, the leaves and vine yield a greenish yellow color. You may drink this as a hot tea or cold. Beware it is EXTREMELY bitter. This is where the fruit gets its name. The tea builds your immune system and rid your body of toxins.

Not the answer you're looking for? Browse other questions tagged identification fruits vines or ask your own question.