I just bought this bonsai and I can’t find anywhere what type it is. 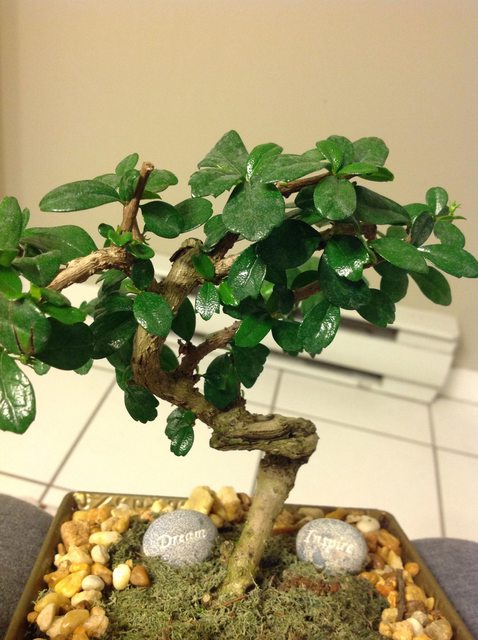 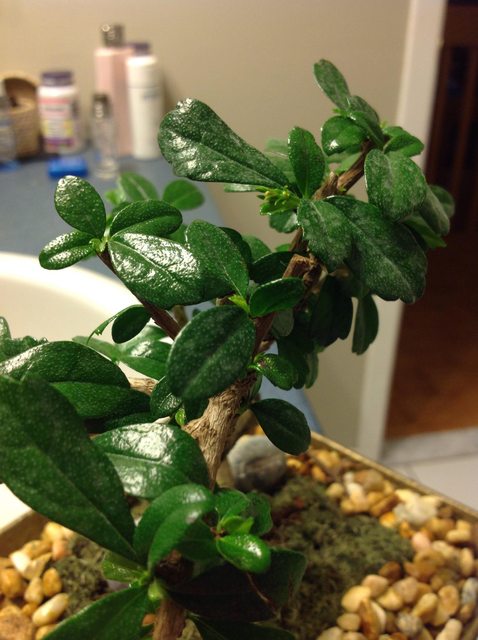 If it’s a bonsai from some hardware store or something, I guess…

There’s various scientific synonyms for it, some of them are:

It’s quite characteristic with its leaves’ glossy, spotted look: 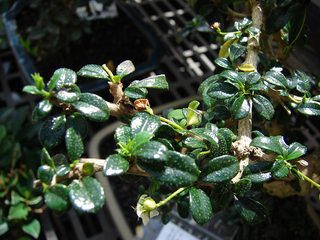 Note that due to its widespread distribution as a “DIY store bonsai” (thus lacking scientific accuracy), an unclear number of cultivars exist (i.e. same species with variance in appearance).

Also, see this slideshow video or web pics (like this, this or this) for reference.