Does an injured succulent require amputation?

Two or three days ago, while moving some plants, I dropped a cork cup holder onto one of my succulents (Euphorbia Enopla, pictured below). The fall caused some of the spines to come off, and the plant exuded a thick white sap, which has now dried up.

The part of the plant that got hit is not starting to look bruised, and while the bruise hasn't evolved much in the past 24 hours, a very similar bruise is what I saw in a succulent of the same type (albeit without damaging it myself) before it ultimately rotted and died.

The bruise is at the tip of one of the branches, which it would be possible be cut off.

I don't know if the bruise will get worse or not. Could the bruise become callused (unless this is a property only cactuses, and not Euphorbia have) and heal? Will it spread to the whole plant and cause it to rot? What is the right course of action to save the plant?

This is the plant previous to the injury. The injury happened on the arm: 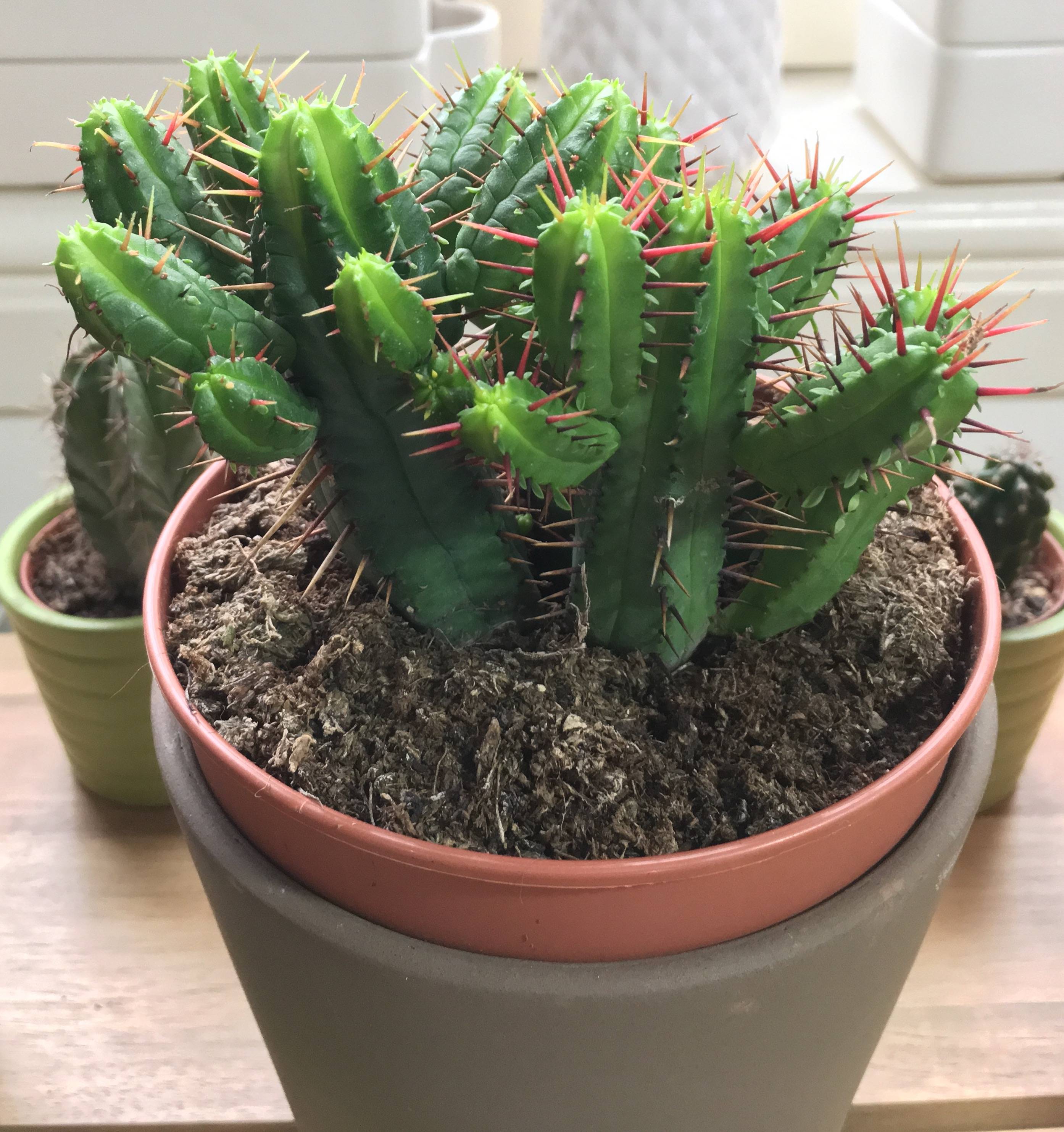 This is a photo I took yesterday. You can see the brown spot, about 2mm long, on the tip of the arm: 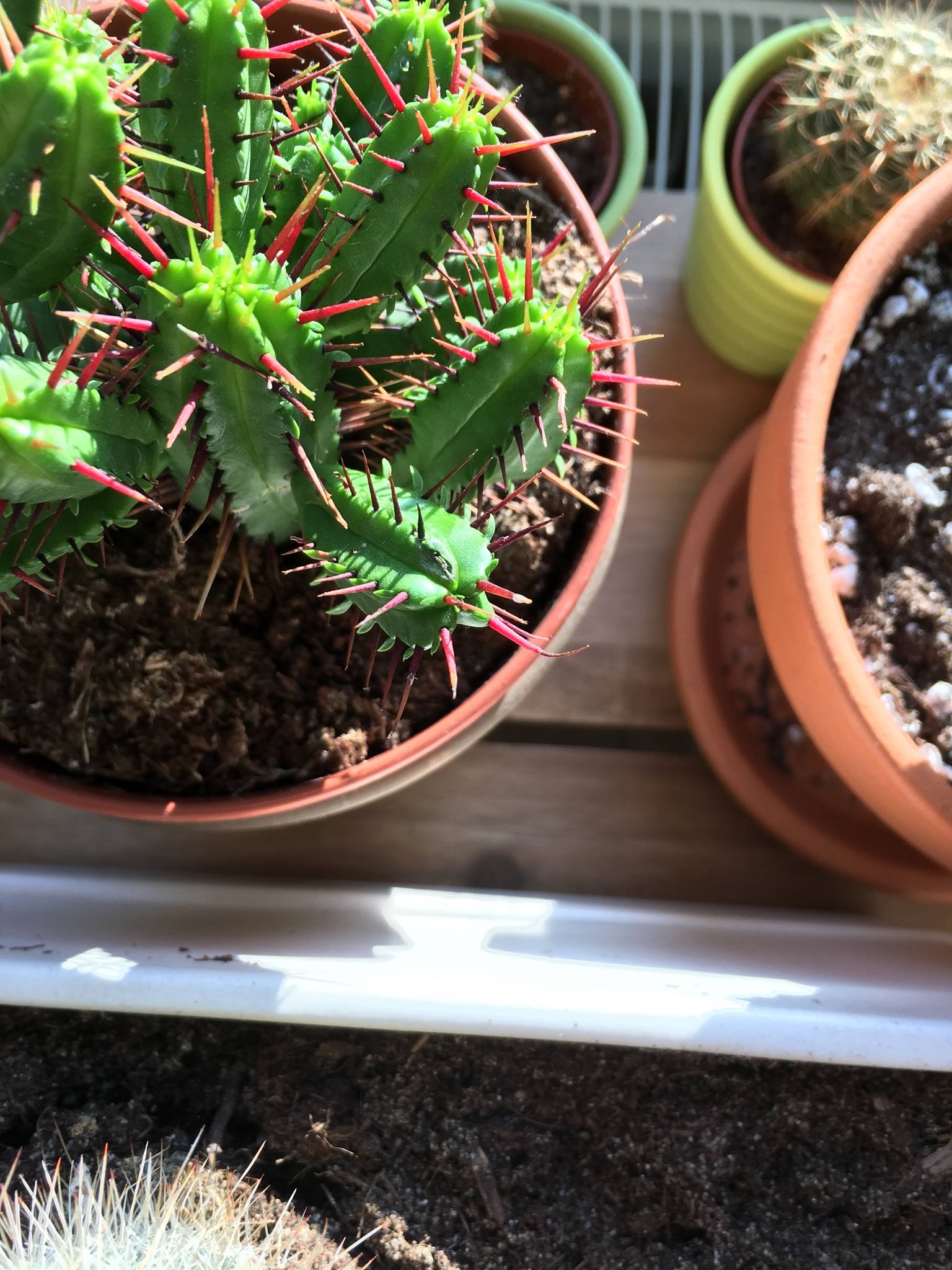 The last picture shows the injury as it is today, roughly 24 hours later. It hasn't grown significantly, however it looks like it might be getting worse: 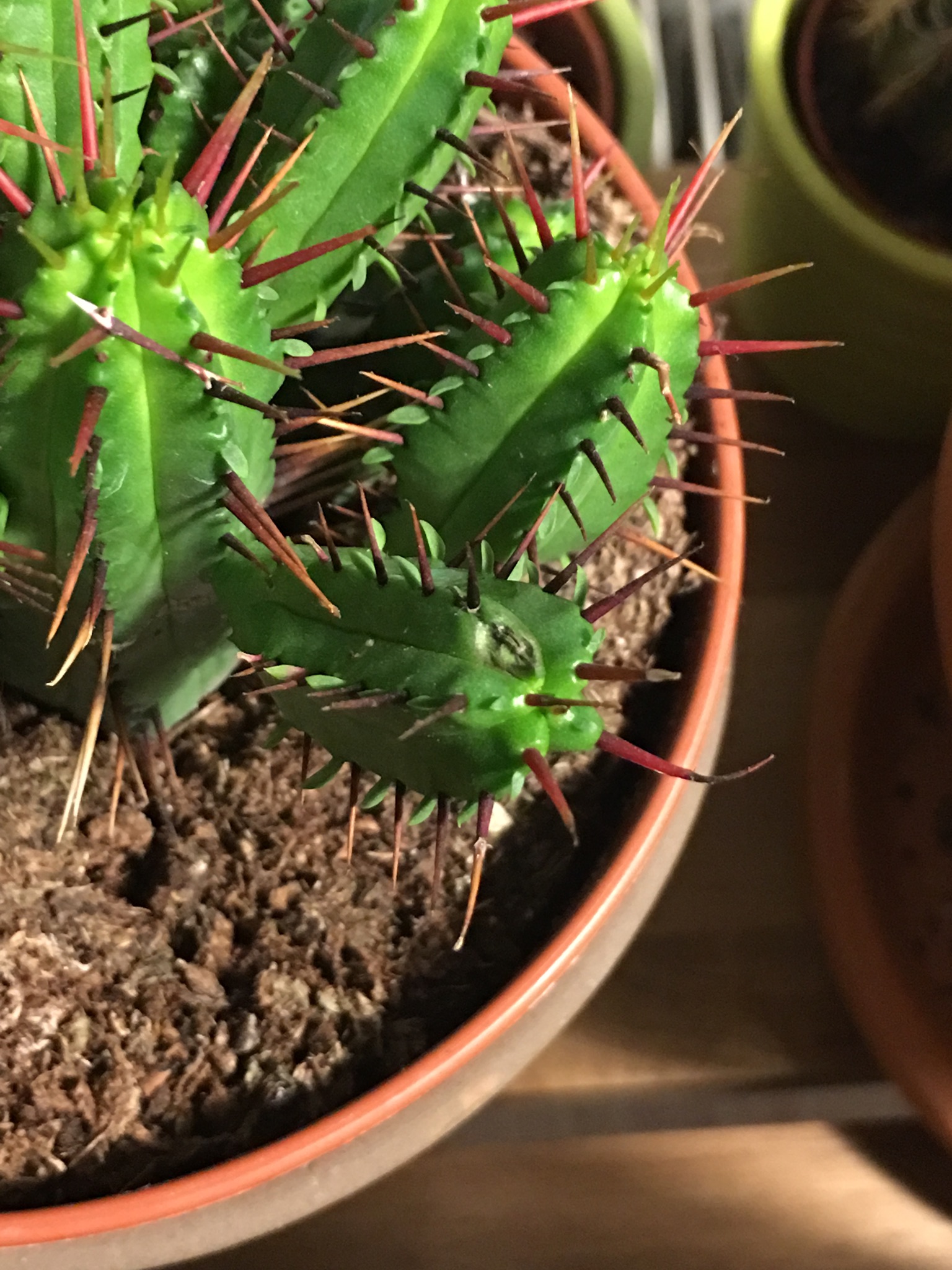 I am not sure what I should be seeing. Is it the branch closest at a 45 degree angle? That blackish scab on the end? Welp let me tell you you haven't a single thing to worry about. Totally normal. Think about these plants in the wild with all the wind and wildlife...The spines have taught much wildlife to stay away...You should not do one thing differently. Looks so healthy and happy, whatever you are doing keep doing it. I thought you meant the entire 'arm' was torn from the main cactus. That is normal as well. Then you plunk that broken arm in soil to grow an entire new plant.

You can stop worrying...let us know if anything else changes and we can help you learn about your plant even more!

Not the answer you're looking for? Browse other questions tagged plant-health succulents rot euphorbia or ask your own question.