What is this dark leafy vegetable plant? What's causing holes in the leaves, and how can I help it? 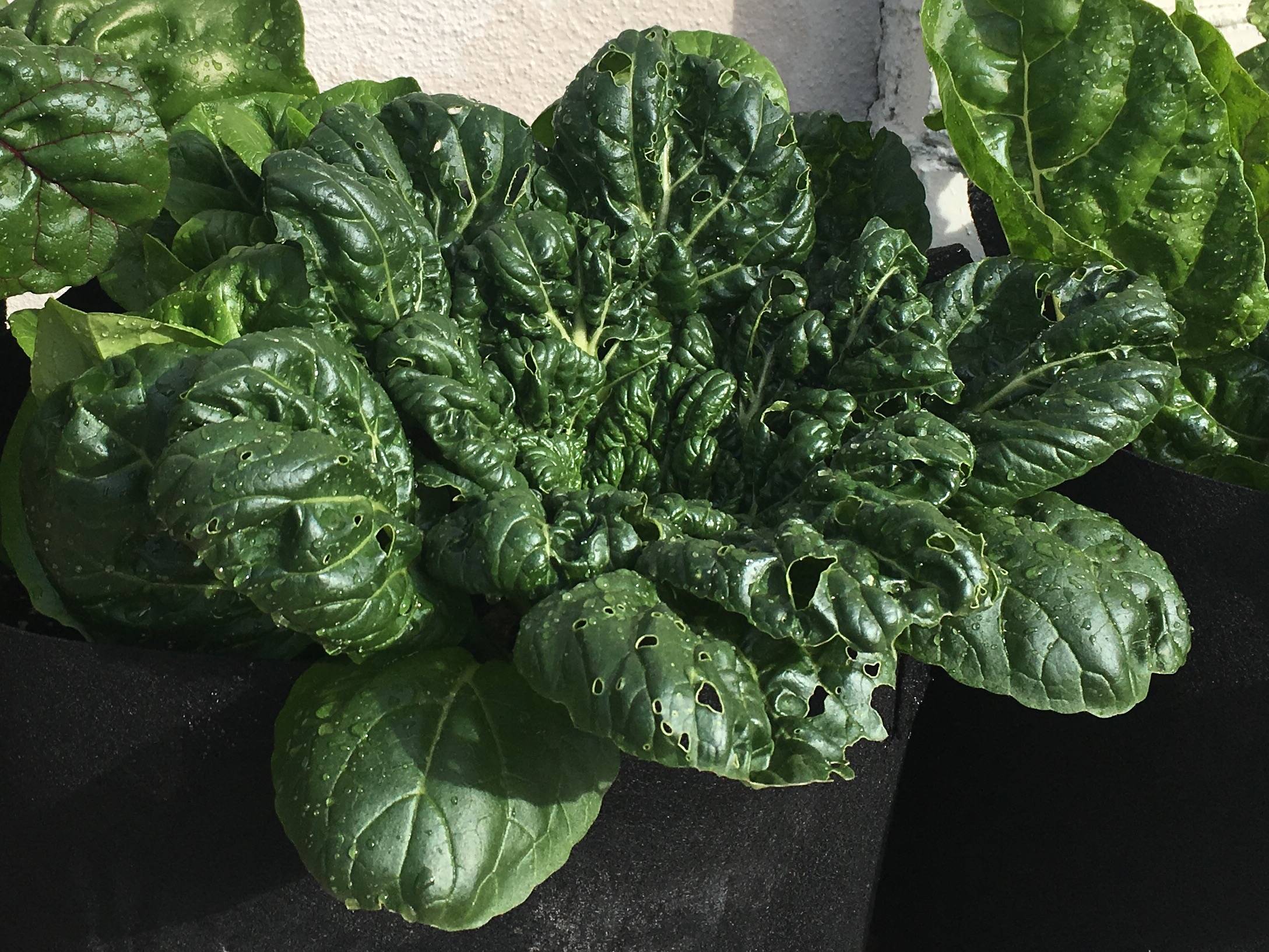 I got a variety of seeds from a friend. Most were swiss chard and butter lettuce but this one is different. Also it's the only one that's getting riddled with little holes. What's eating it? What should I do to stop them? I haven't used any pesticides. 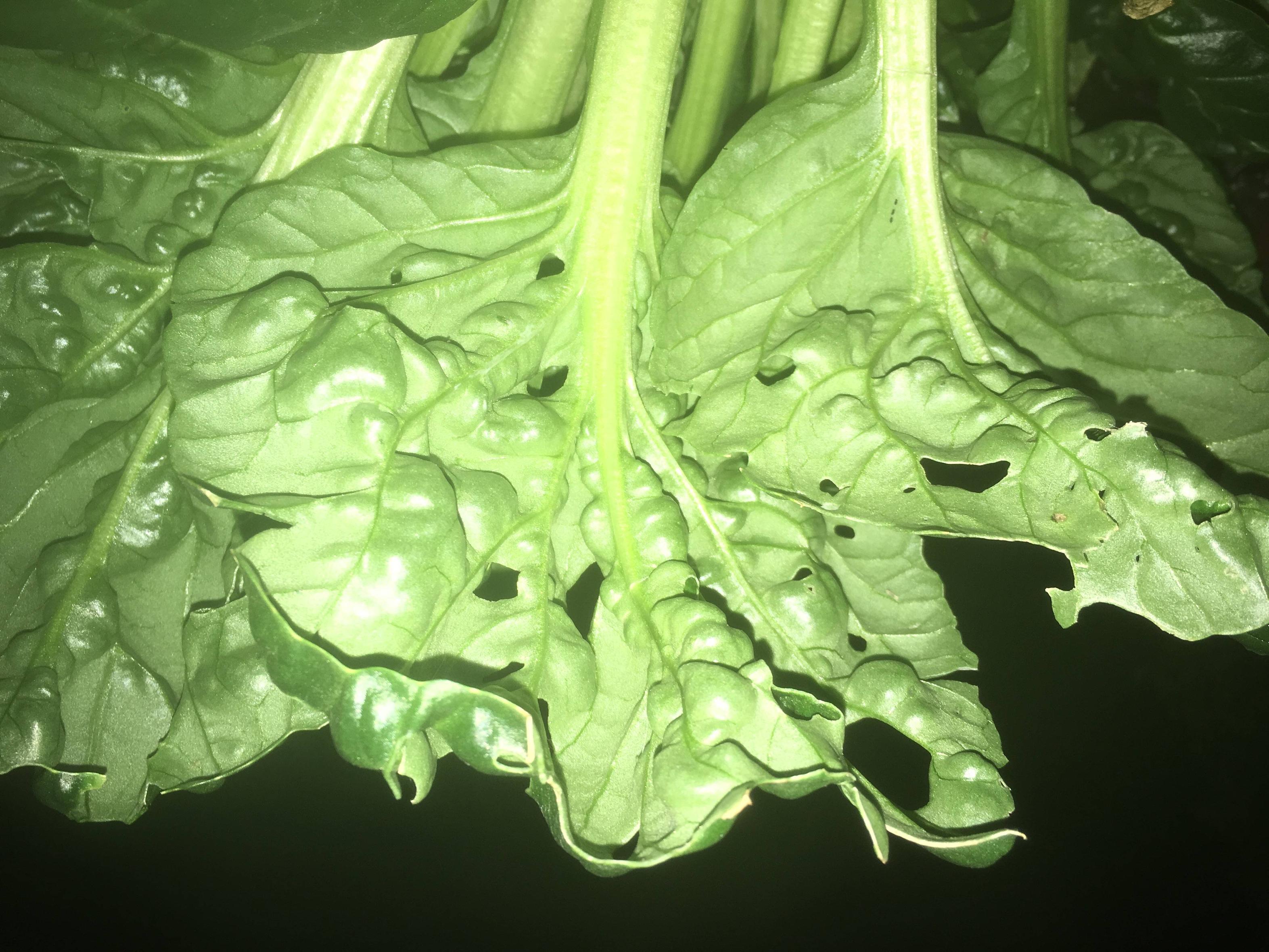 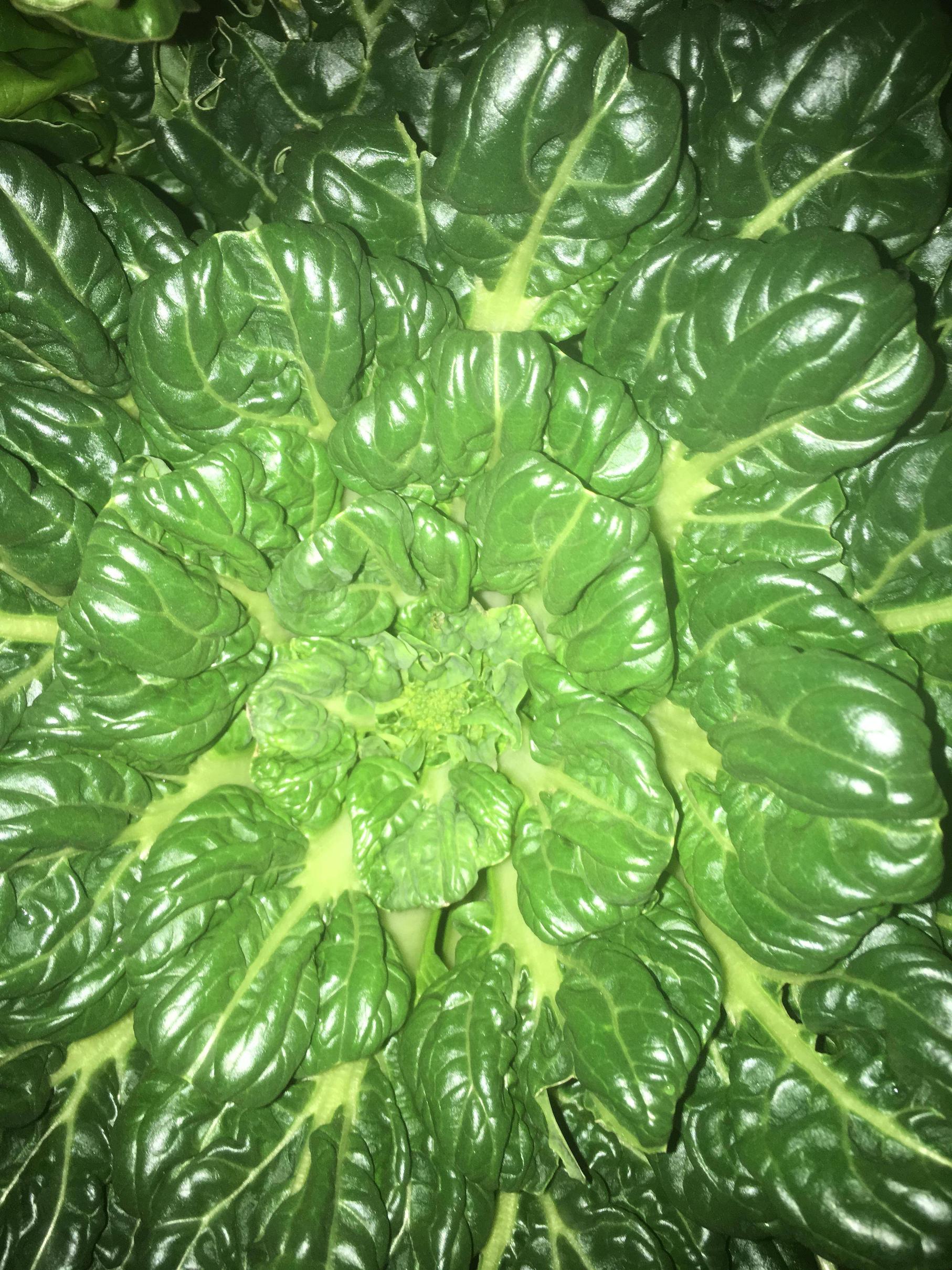 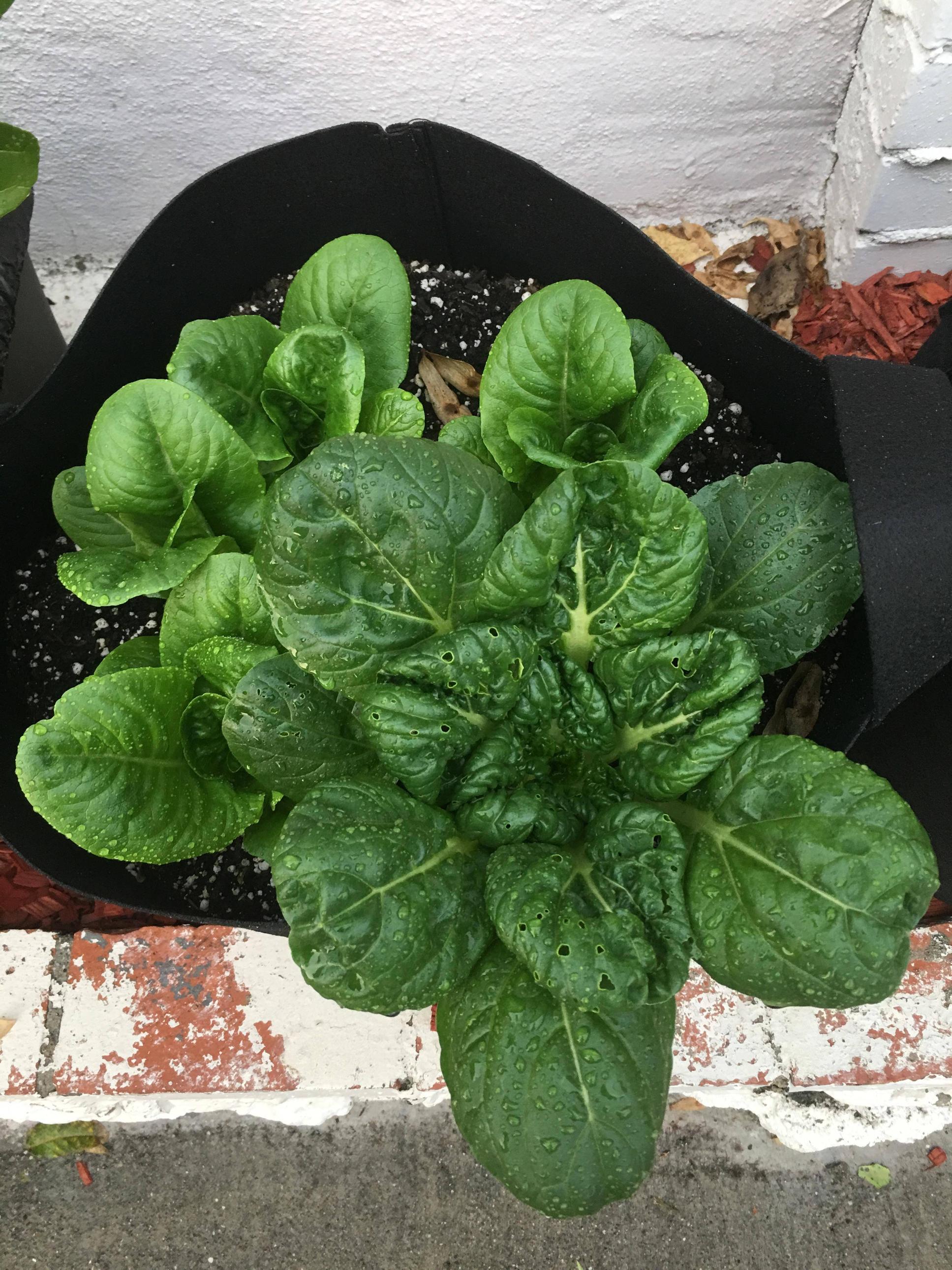 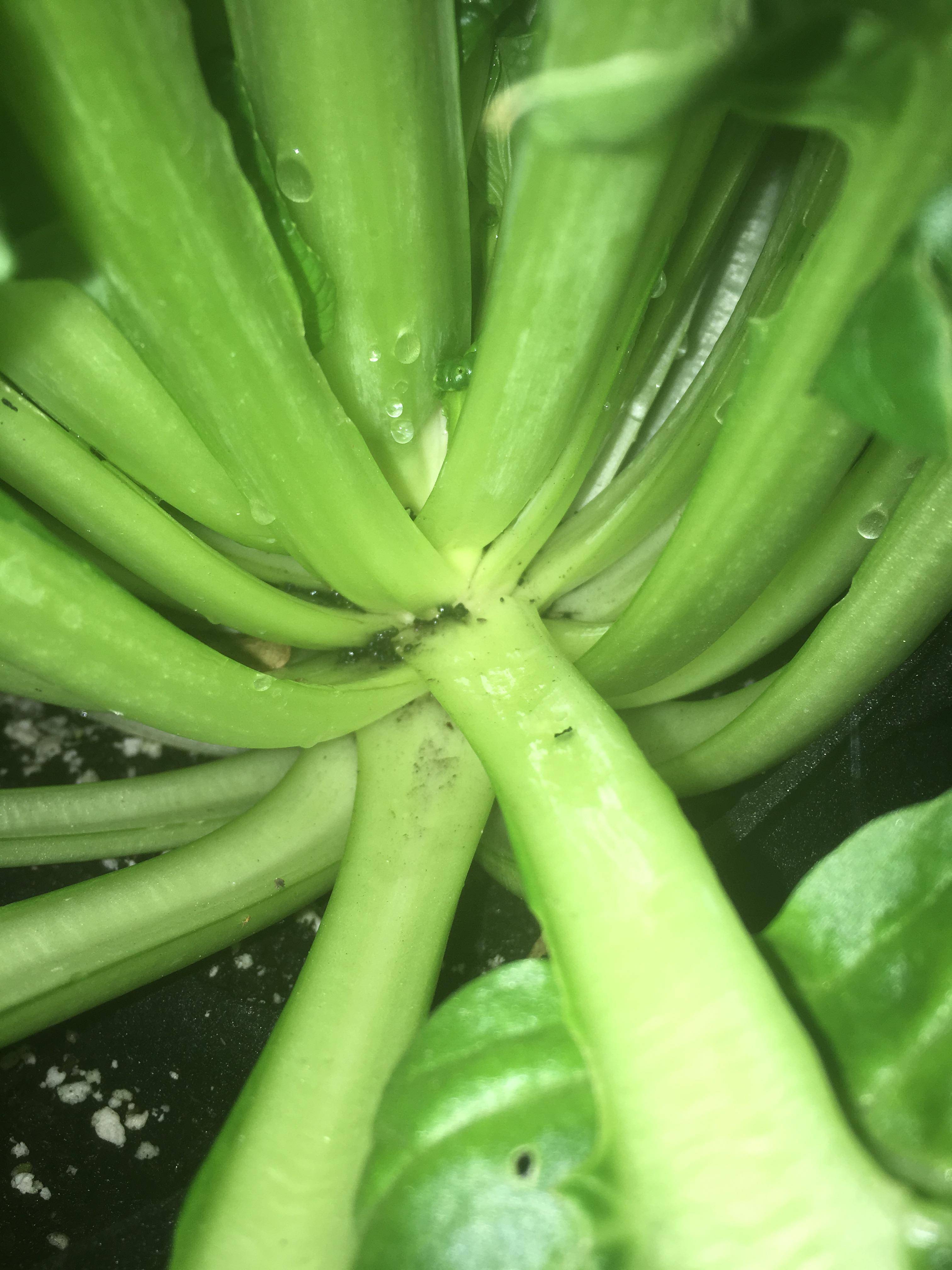 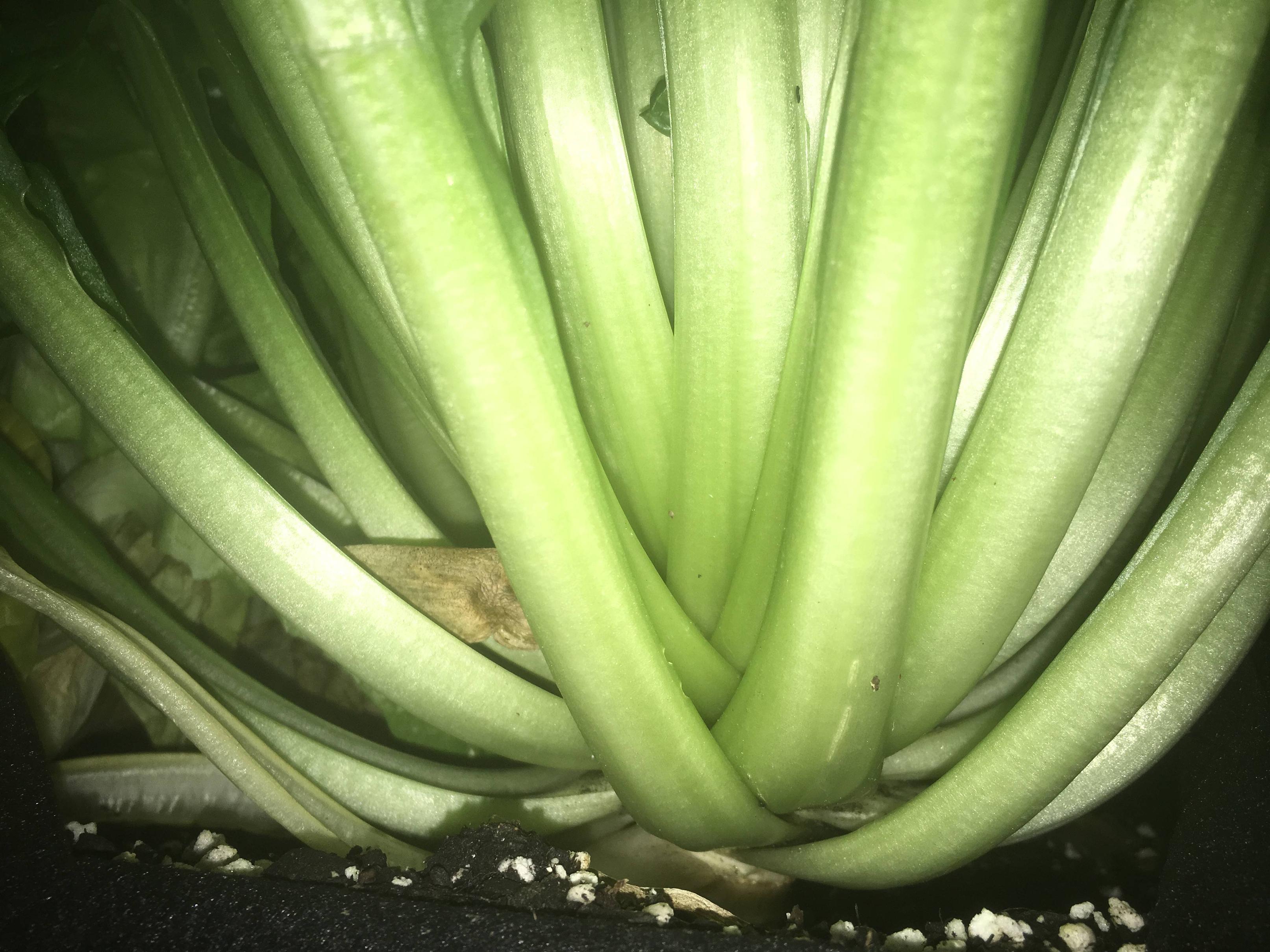 This is not swiss chard. This is Tatsoi https://en.wikipedia.org/wiki/Tatsoi

The chard seed looks completely different than the brassica family seed of tatsoi. Tatsoi seed would look identical to the butter lettuce seed.

The holes in the plant look like cabbage worms. The picture with the dark poop at the base reinforces my hypothesis. You can pick them off or use Pyrethrin to kill them. But honestly that would be an expensive option. You can just wash them or cut it away. The holes don't look good but the plant is fine to eat.

I personally like to use the leaves like spinach. I chop the stem up and add them to a stir fry at the same time i would celery for a nice crunchy bite.

It is a Swiss chard.

Just it had too much stress (cold?) so too many gems are awakes quickly, and they started to produce leaves. I would possibly expect also that the chard will start the second-year cycle, so start to flowering.

Sometime it just happen. I don't know why, but Swiss chards are particular prone to this (other vegetables just die or remain smaller).

Consider also that Swiss chard is the same specie as beets (and other vegetables), so seeds can contaminate (or better: they could hybrid with other brothers). I think most seed producers have much more beets than Swiss chard.

Not the answer you're looking for? Browse other questions tagged identification vegetables pests pest-damage leaf-vegetables or ask your own question.

16
My indoor plant has an orange mold-like substance growing on it and has tiny white bugs. How can I remove it?
8
Why is my Swiss chard suddenly wilting?
3
What are these dark green, leafy, vegetable plants?
3
What are these shallow markings on my chili leaves?
2
What's causing small black dots and holes in the leaves of my potted vegetable plants?
7
How do I prevent holes in the leaves of my vegetable garden?
1
Tiny shot holes in leaves of salad bowl crop
5
How can sunflowers be grown in a squirrel and chipmunk rich environment?