What relevance does fungal dominance have to a vegetable garden?

I'm mainly attempting to grow vegetables for my family so basically Brassicaceae, Umbelliferae, Asparagaceae, and Solanaceae. I'm certainly not attempting to establish an old forest or even a food forest in the backyard.

I gather Brassicaceae prefer a bacterial dominant soil but I'm not certain of the others. Do I need to try and encourage fungal soil elements for any of the common vegetables as listed above, or for any I've omitted? I have certainly lots of wood from native bush that I can bury in the soil if it might help to obtain the right soil profile. 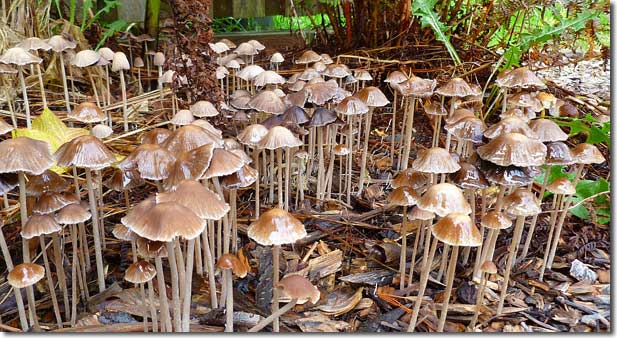 I'm not sure it's something you should worry about for home grown vegetables. The soil will contain mycorrhizae of various fungi anyway, though unfortunately, during the planting process, you are likely to disrupt them by moving the soil around. Adding wood chips doesn't help because the majority of fungi growing on woody materials are actually saphrophytic, part of nature's clean up system, and all they do is dispose of the wood rather than contributing to the health of your vegetables, though most do no harm either.

There are various products on the market professing to act as mycorrhizal inoculants, in some cases for vegetable growing, but insufficient scientific trials have been done across a range of vegetables to determine whether there's any noticeable difference in growth. You might be interested in this: The Effects of Mycorrhizal Fungi Inoculum on Vegetables, though its not exactly a properly conducted scientific experiment, nor is it extensive.

I've certainly used a product called Rootgrow, a specific version of UK mycorrhizae, to prevent rose sickness, and occasionally for long term planting of shrubs/trees in poorer soils. How effective it actually is is hard to measure - certainly, all the plants grew and thrived, but they might have done just as well without the Rootgrow anyway.

I think you are overthinking it. It is not difficult to have a vegetable garden, so I expect that the conditions to growth vegetables are there naturally. This seems true for most vegetables. There are some plants which are a lot more "posh" on soil structure, e.g. blueberries (acid). But usually one knows which are the most difficult plants (also because they are seldom grown in one region). Books often exaggerate things: (e.g. according @stormy no vegetables should growth well on my basic/alkali vegetable garden).

The families that you listed: Brassicaceae, Apiaceae, Solanaceae and Asparagaceae are very frequent (e.g. I have some wild species growing near my vegetable garden of all these families), so I expect also the correct mycorrhiza are already in soil. You can check in your region, if you have wild species of all of these families.

Asparagaceae maybe is the most difficult one, but usually one doesn't seed asparagus, but plant the roots, so you will bring anyway the mycorrhiza. [Some of our lilies are now classified on that family, so possibly you will have also wild Asparagaceae]. Planting seedlings will bring naturally the mycorrhiza.

In addition to these roles, the soil fungi are able to aggregate soil particles that have been glued together by bacteria into macroaggregates to create soil structure increasing water retention and infiltration. Hyphae can also trap pathogenic nematodes.

Some plant groups that do not form associations with mycorrhizal fungi and these include the Cruciferae family (eg mustard, canola, broccoli), Chenopodiaceae (eg spinach, beets, saltbush) and Proteaceae (banksia, macadamia). When these plants are included in a rotation, fungi numbers drop. A bare fallow has the same effect. When fungal numbers drop, the amount of organic material available to plant roots also drops because nutrients are also stored in the fungal bodies and released by nematodes and protozoa which eat the fungi. This is likely one of the reasons why crop rotation needs to be done so that at least one crop in the rotation recreates the soil fungal populations.

When fungal populations are high, they acidify the soil which makes nitrogen mainly available as ammonium which can not be used by weeds. When the soil is primarily bacterial dominant, then soil nitrogen is available as nitrates which promote weed growth. This is the reason why weeds are the first to recolonize poor soils.

If you want to increase the fungal populations in your soil, then you can use compost that is high in fungi, and that means the compost has to have a high content of woody materials eg. wood chips. You can pre-innoculate your wood chip pile before adding to your compost pile with fungi taken from forest litter from just under the organic layer. A small amount that fits into a ziplock bag is all that is needed. 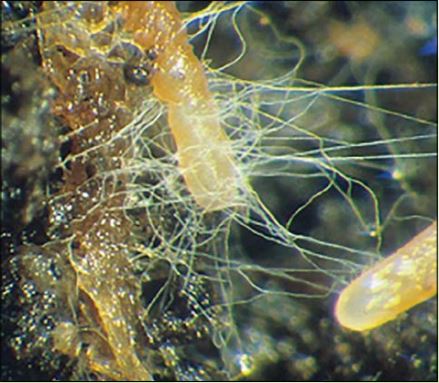 Not the answer you're looking for? Browse other questions tagged vegetables soil soil-amendment root-vegetables or ask your own question.