Please help me identify this weed and what herbicide I can use to get rid of it in St. Augustine Grass

I have this weed taking over a spot in my St. Augustine grass. What is it and how should I get rid of it. Warm climate in South Florida. 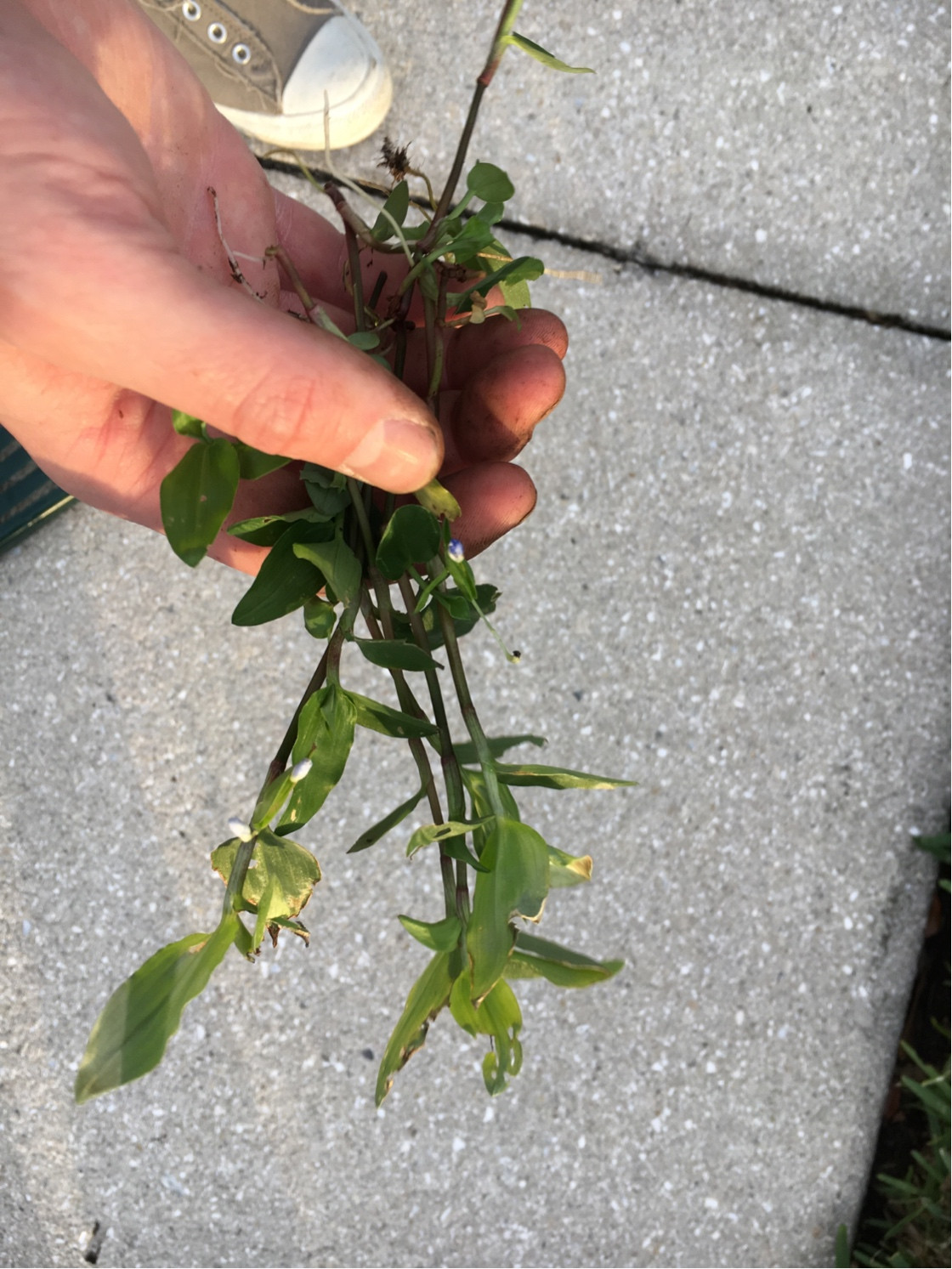 It seems to have small blueish flowers and the roots are really able to choke competition. Looking to do some post emergent too. Don't want it coming back.

Here it is in the ground. 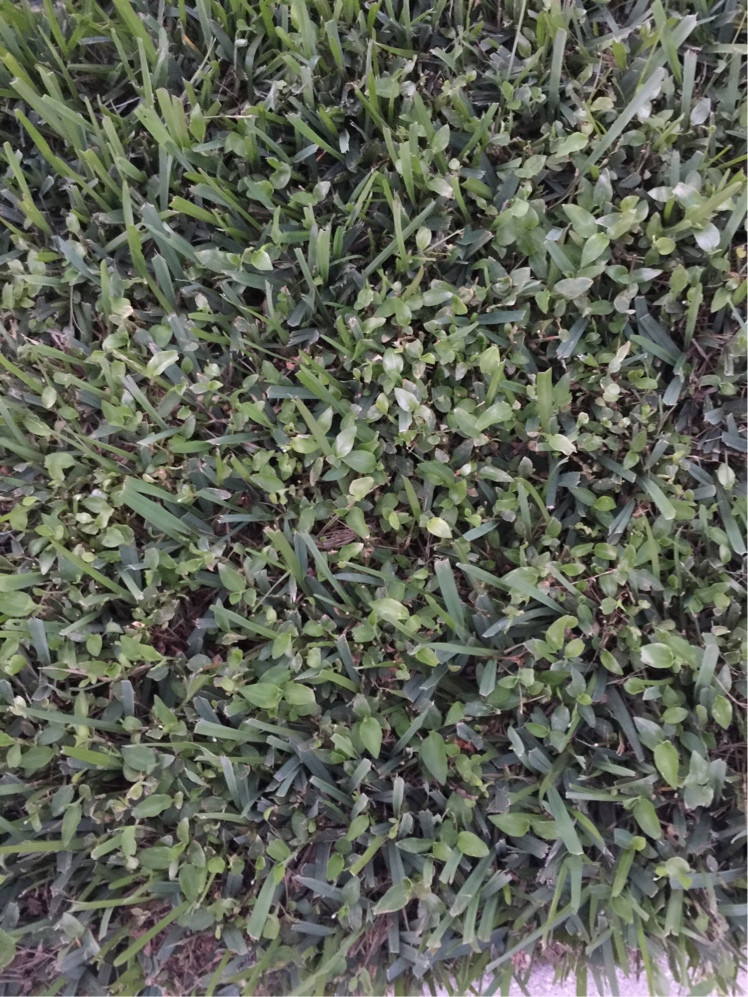 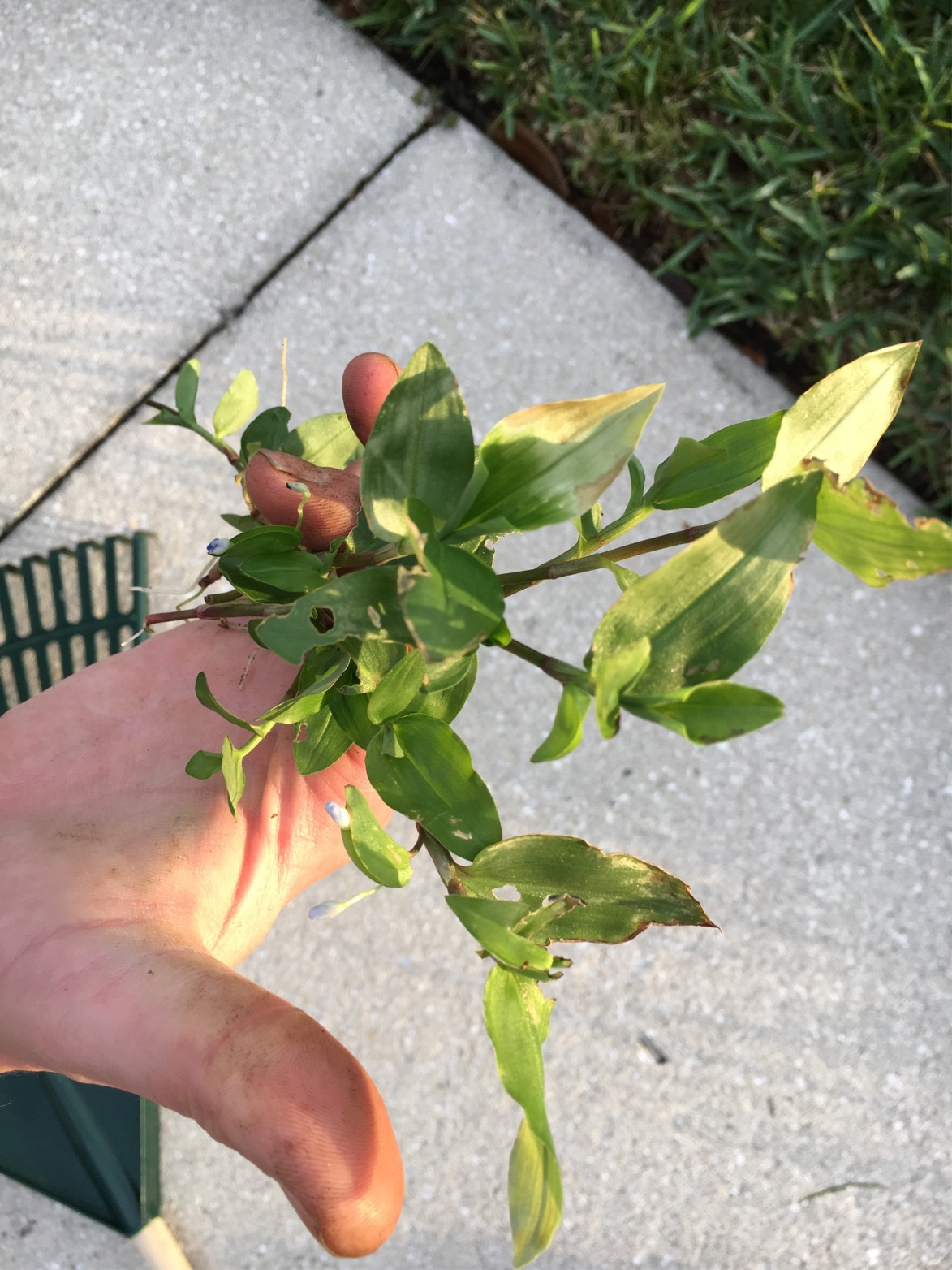 It's Commelina diffusa (aka communis). Some advice for control: PDF

And here: Asiatic Dayflower The Little Beauty that Caused So Much Confliction

Wikipedia: Commelina diffusa, sometimes known as the climbing dayflower or spreading dayflower, is a pantropical herbaceous plant in the dayflower family. It has been introduced to the southeastern United States where it is most common in wet disturbed soils. There are two recognised varieties, one being the type and the other being C. diffusa var. gigas, which is native to Asia and has been introduced to Florida. It flowers from spring to fall and is most common in disturbed situations, moist places and forests. In China the plant is used medicinally as a febrifuge and a diuretic. A blue dye is also extracted from the flower for paints. In the Hawaiian Islands, it is known as "honohono grass", although it is technically not a grass. "Honohono" refers to the alternating structure of the leaves. At least one publication lists it as an edible plant in New Guinea. 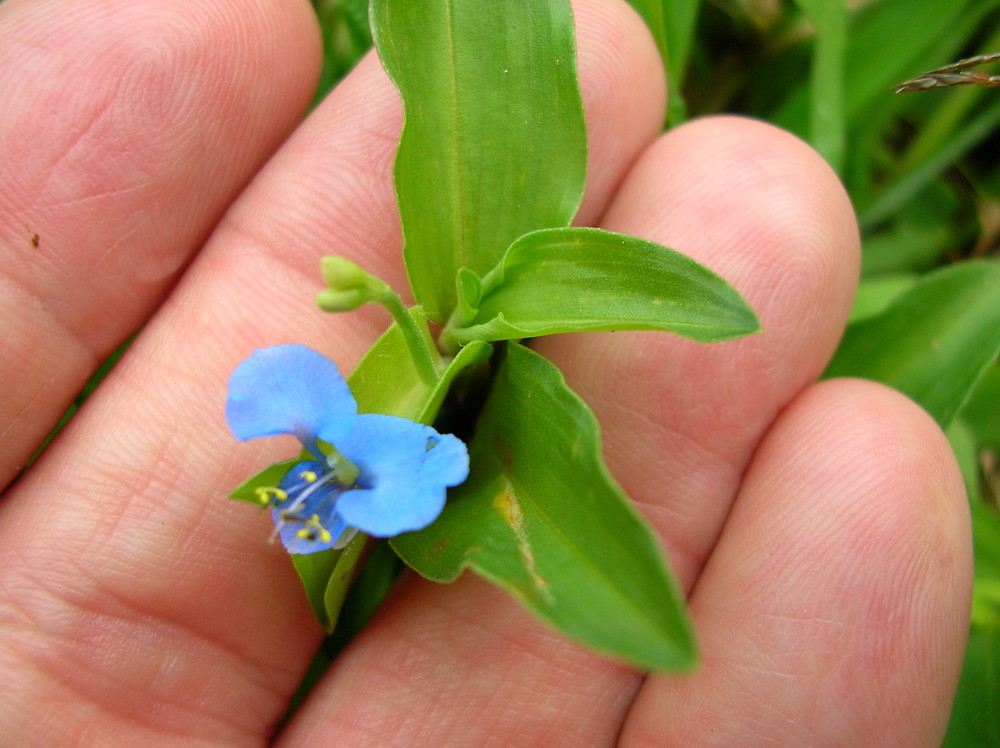 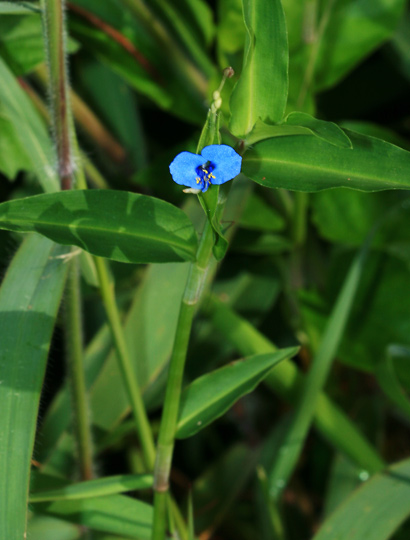 Not the answer you're looking for? Browse other questions tagged identification lawn weed-control grass or ask your own question.