Why does my cactus have a weird white coating? What type of disease is it?

My cactus used to have white little rod like insects on it, and when I put some insecticide (added by liquid to the soil around it), the insects disappeared and it grew this weird coating, as shown in the picture. In addition, the other cactus (from the same type) next to it also grew this coating, but the other cacti and succulents next to it were not influenced by it.

What is it? What can I do to heal it? 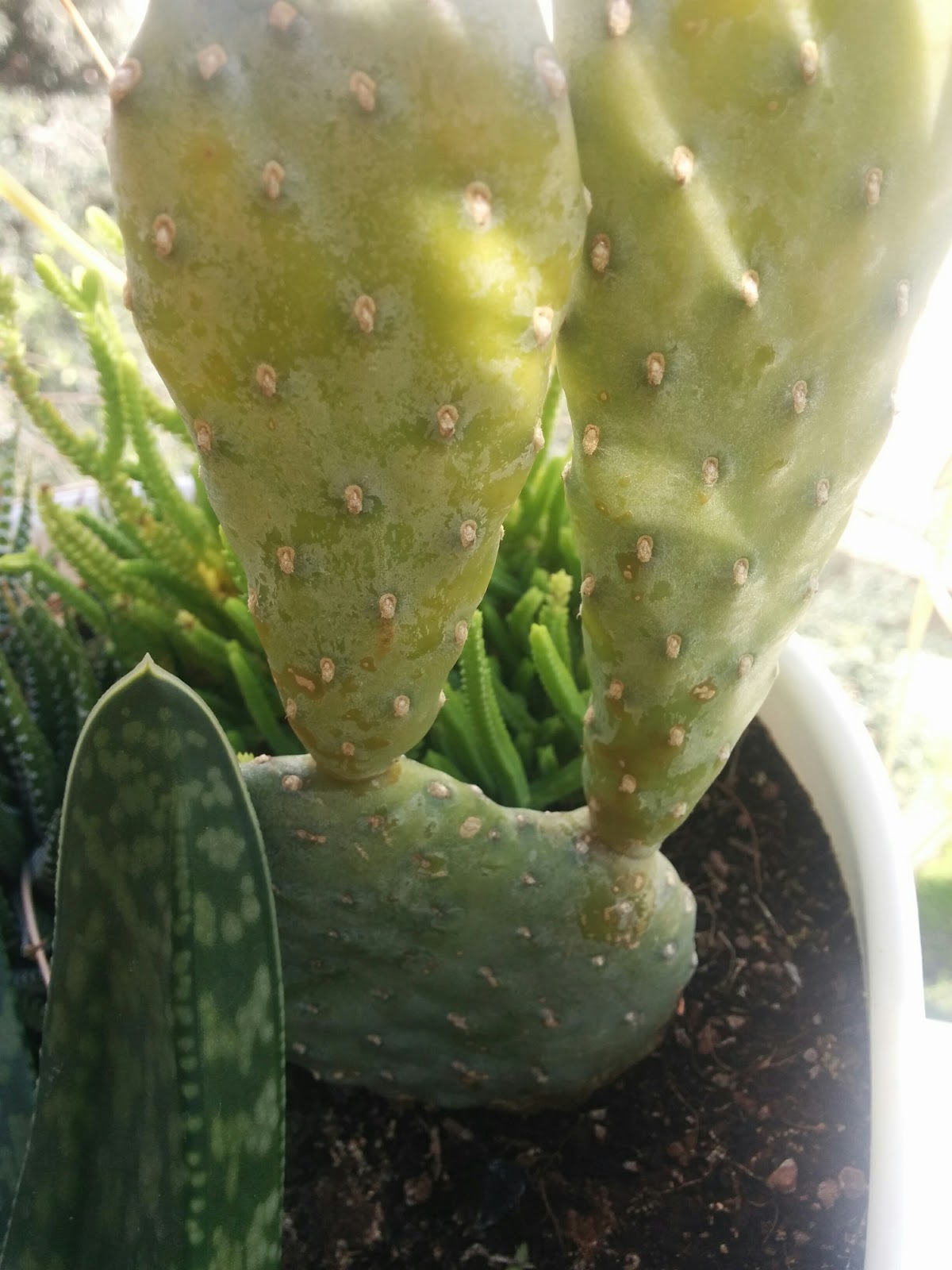 I asked about sunlight because the plant looks bleached out, or yellowish green, when it should be dark green, but it doesn't sound like that's the explanation. The product you used as a drench shouldn't have caused a problem, unless you overdosed when mixing it, but it might be that, for some reason, the two Opuntia were sensitive to it and this is the effect. It looks pretty sick because the small tufts of spines are missing too.

The only other possibility I can think is over crowding - it's not possible to see the whole pot and its contents from your photograph, but if there are lots of plants, they've been in there for some time, or there are too many plants for one container, and the pot is relatively shallow, it might just be they've run out of root room. Even that doesn't make complete sense, because you're saying its only the Opuntias which are affected, but otherwise, if only the Opuntia were infested with insects, perhaps they were more significantly damaged than you realised and this is the result.

If you think root crowding might be the issue, it may be worth turning the pot out and separating the plants into individual pots, the two that are looking sick, anyway, and wait and see if they recover over time. I think I'd do that anyway - fresh potting medium in another container might help them recover.

From your picture I think you are talking about those graybrown spots? Those are not insects or disease at all. They are normal and called modified leaves/bud scales. Let me know if I am not seeing what I am supposed to see, ok? That semi opaque coating is also natural, helps to cool the cactus from direct sun bouncing some light and heat back into the atmosphere. Those spots are modified leaves from adaptation to desert environments. They also house the spines. I've no idea the specific species, someone here will certainly know.

That insecticide irritated the epidermis of this plant and caused more protection or glauca or that whitish coating. I think those rods were spines?

Never use any pesticide without KNOWING for sure what the problem a plant HAS. It is a rare occurrence that a pesticide (includes herbicides) is ever necessary. They truly do far more harm than good. And when you know more about plants you'll be able to never use pesticides. Think of pesticides as a very toxic bandaid. Worrying about insects, disease and weeds is pretty much a waste of time. Soil, watering, drainage, fertilizer type and amount (less is always better), temperature and LIGHT are far more important to know.

Your cactus has never had a problem other than a weird 'acid rain' it got when you put the chemicals on the surface of this plant. Did you rub those spines out? This plant should be fine. No more 'treatments'...grins! What DID you use?

Not the answer you're looking for? Browse other questions tagged diagnosis diseases insects cactus or ask your own question.

8
cultivating a cactus from cutting
4
Indoor pesticide for edible plants
3
What is the white stuff on this cactus-type plant?
5
Cactus growing white hard coating
7
White and brown spots on cacti
3
Cactus turning white/brown/yellow
1
What cactus' disease is this?
5
35+ year old cactus turning yellow
2
How should I proceed with this cacti