Why is my cactus turning purple and pale?

Ever since I got this cactus it has been growing, but now it's becoming purple and paler. What am I doing wrong, and how do I solve it? I'm rather new at this gardening stuff so help would really be appreciated.

I already tried watering it less but it's still worsening. What other things should I try?

Edit: I live in south east asia and had it for 4 weeks now. The beads of moisture is water and its indoors on a windowstill 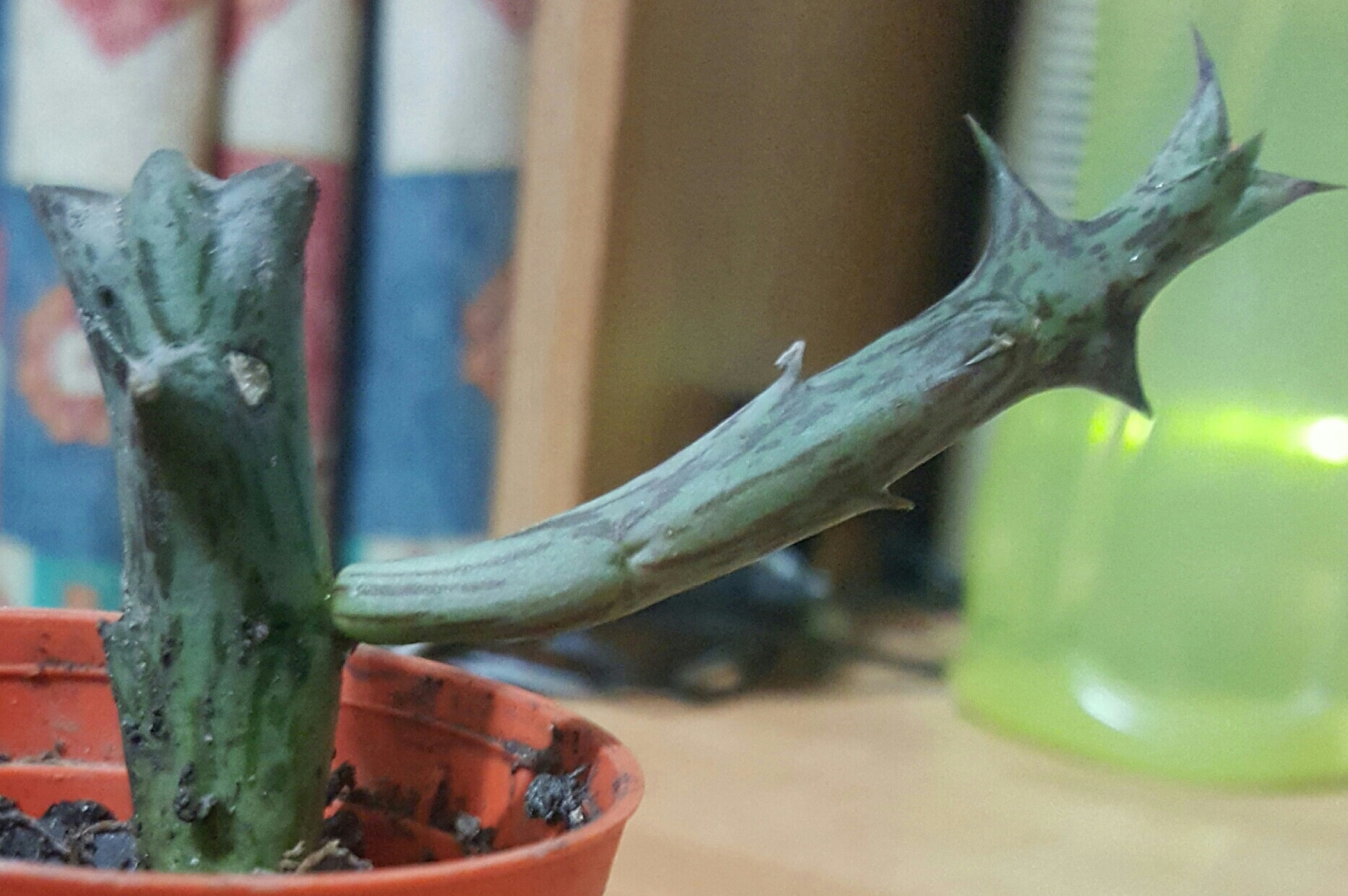 The worst thing is, I can't decide which cactus this actually is - I'm inclining towards possibly a Euphorbia of some description, or more likely Orbea tubiflora maybe, but I really am not sure. Even so, there are some things you can try - first, can you get hold of some sterilised potting compost rather than just garden soil? It needs a sandy or gritty free draining potting medium as soon as possible, and a pot with drainage holes in the bottom if that one doesn't have them - in the meantime, and ongoing, stop watering, you're watering way too much. I don't know what part of the world you're in, but most cactus can go weeks without any water at all, particularly during the winter months, when they should be watered very sparingly occasionally just to prevent shrivelling. I wouldn't suggest you water it at all at this stage for at least a month, and then see how its doing - even when you do start watering, just a little maybe every two weeks, or less often if its winter where you are.

The purple streaks may mean its already too late and a fungal infection or rot has already set in and the plant will just die, but if you want to try and save it, follow the advice given above. In the meantime, I will spend more time researching what plant it could actually be... if its one of the Orbeas, they are at real risk of rot if watered too much from autumn through winter, though they need more water once spring arrives, at which time, rot should not occur.

20
Why are my apples rotting on the tree?
10
Why is my cactus purple?
8
Why do the leaves of my (very young) Eureka lemon tree look folded?
7
Succulent Disease Identification (kalanchoe beharensis)
3
Cactus turning white/brown/yellow
7
Cactus shoots drooping and turning olive
2
Frostbitten cactus, turning yellow and black, can it recover?
4
What to do for the young avocado plant with brown spots on its leaves?
2
Cacti turning brown at bottom