Found on a Red Cedar. What is it?

We were walking around on our land a few weeks ago and saw these things on some Cedar trees. Never seen them before. Is it a bug in there or something else? We are in Northern KY. This thing was hard, we had several. I cracked one open and it had the texture like a nut inside. 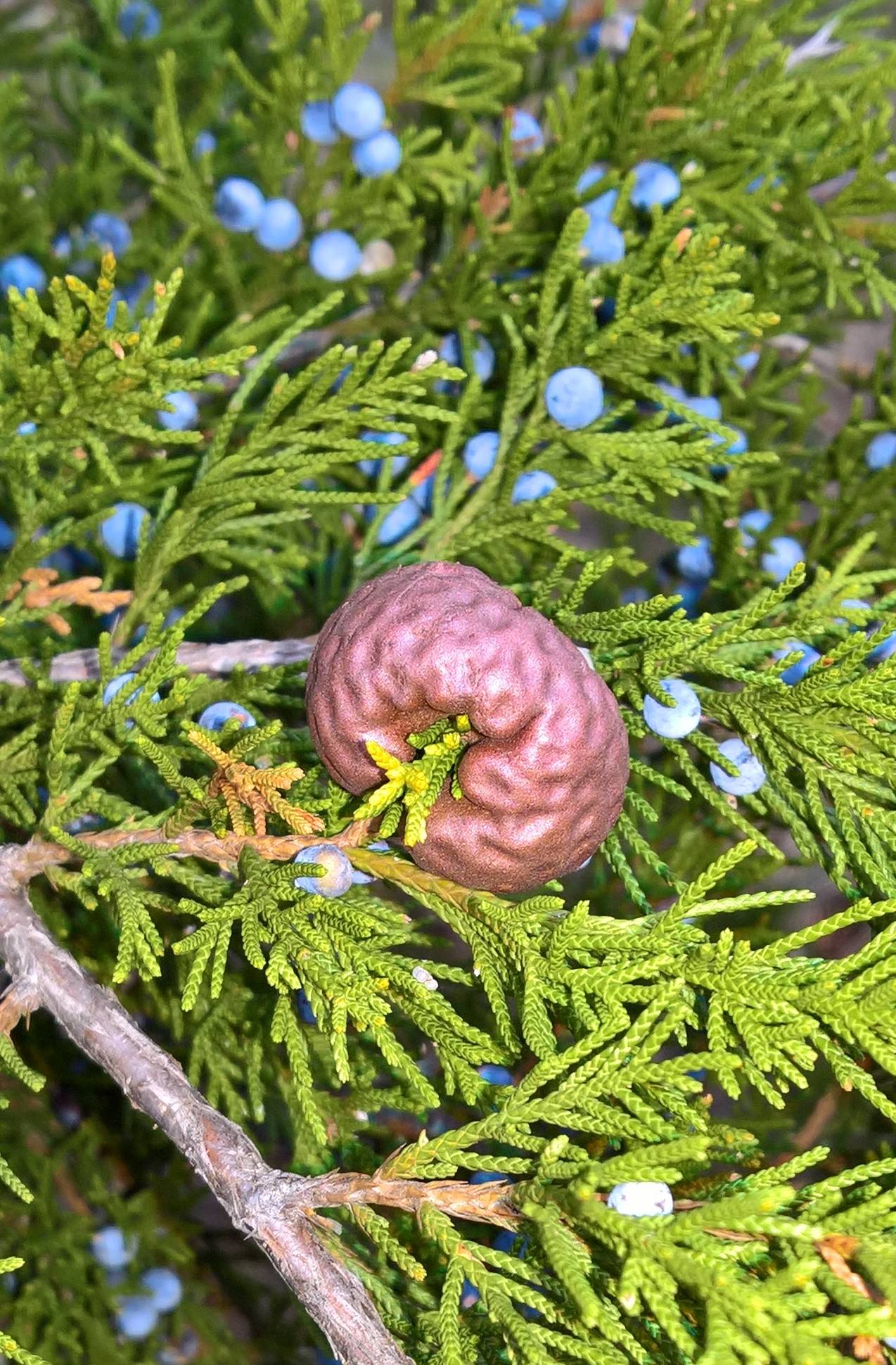 This is a gymnosporangium infection - its a form of rust that needs two separate plants in order to complete its life cycle, one of which is Eastern Red Cedar. The other plant life form it needs is a member of the Rosaceae family, such as apple trees, crabapples, hawthorns and quince. It often doesn't cause particular damage to the Cedar - but when it disperses its spores, usually after rain, they can travel some miles to land on a Rosaceae host, so its usual to prune out these galls as soon as they are seen, and before they change form ready to disperse spores. Now would be a good time to clip off as many as you can and dispose of them, while they're in this overwintering form and before they turn into orange, jelly like masses, because there is no effective fungicide treatment available for affected Rosaceae plants. More information can be seen in this article: Gymnosporangium Rusts on Eastern Red Cedar.

This looks like it might be a gall which is an organised growth on a plant as a result of an infection from insects, fungi and other parasites.

6
What is this parasite / mushroom / sickness on my crabapple tree?

17
Why does my lime tree drop its fruit early?
4
What's wrong with my chili bush?
3
Why did a section of leaves on my Holly bush turn brown?
3
What causes sandy, flecked, or speckled leaves like this?
7
What is this white crust forming on my cactus during the growing months?
5
Why are large sections of bark peeling off these birch trees? Is it contagious?
1
Why are the leaves of my peach trees turning yellow?
2
Browning / Curling leaf on a Brook cherry sapling
2
Granny's Maranta Leuconeura (prayer plant) is dying. PLEASE HELP!