What's wrong with planting a tree deeper than the root flare, or mulching higher?

People tell you that when you plant a tree, you should plant the root flare level with the soil line. And when mulching, that you shouldn't pile the mulch up over the root flare. What harm can be caused by doing these practices?

Tree (Norway Spruce) with soil/mulch piled over the root flare: 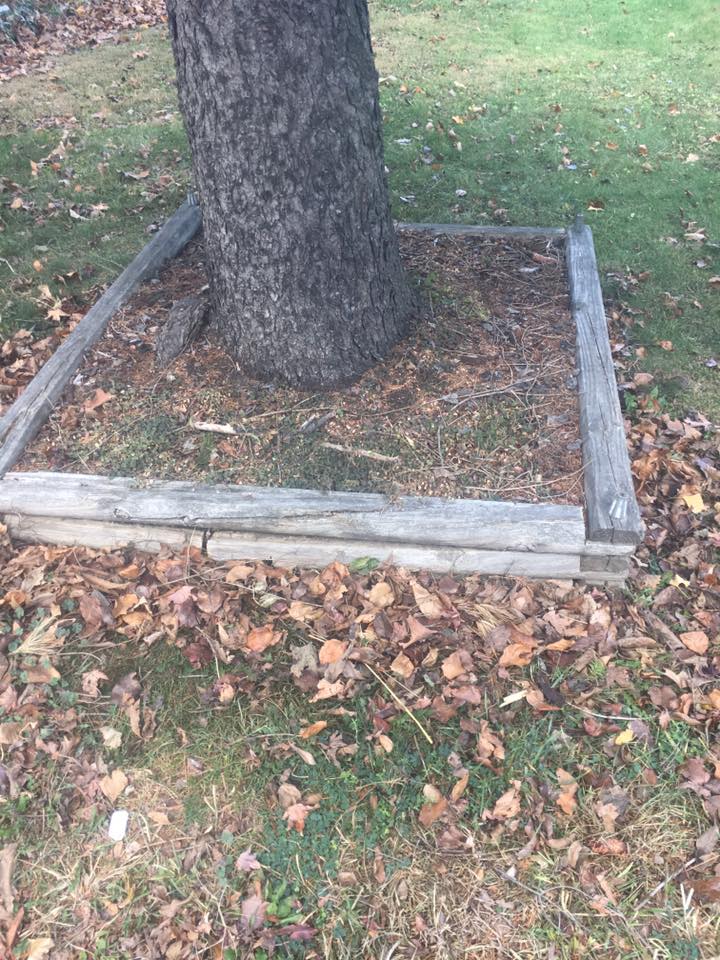 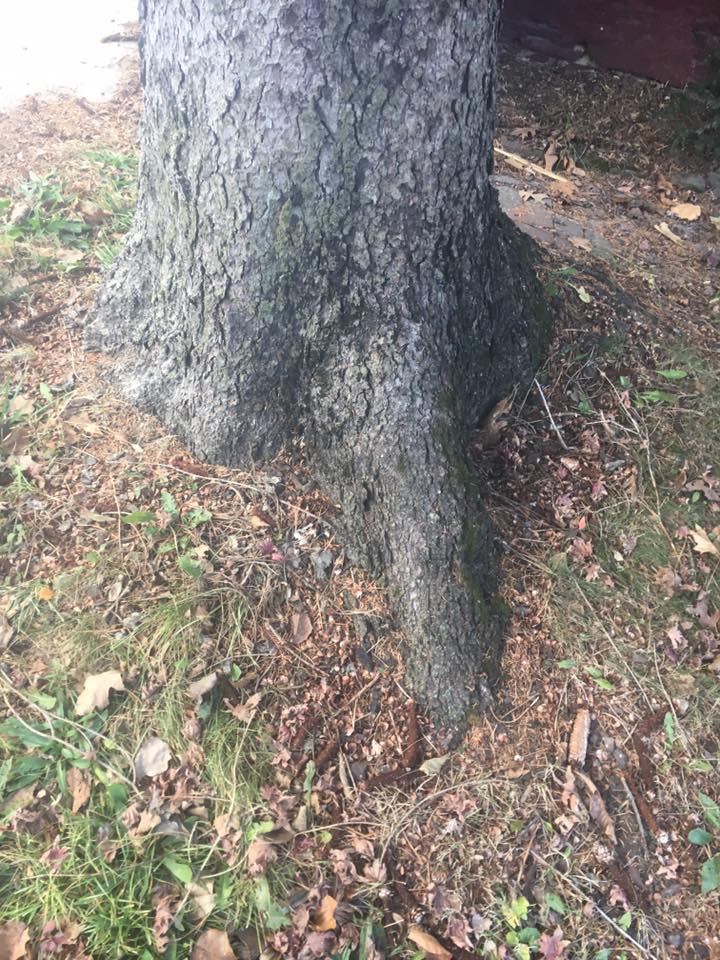 Excellent question! One of my favorites! As I am on a walk or park in a parking lot with trees to find a tree buried too deeply I take the time to pull the soil and mulch AWAY from the bark. I also pop those stupid wires used for staking the dang trees when it is safe for the tree.

If soil, mulch, plastic is against the bark, moisture is allowed to stay and bacteria/decomposers will get to work on the bark. Bark is dead organic material. Anything that was once alive and then dies (even our epidermal cells of our body as they die they are sloughed off in bed, in clothes) are programmed to be DECOMPOSED into elements necessary for the micro macro organisms that are unable to use and recycle the same elements BEFORE decompostion.

Once these bacteria decompose the bark the bark is no longer able to do its job protecting the vascular system. Once the vascular system has been compromised by the bacteria (making use of live material unprotected) to include the entire circumference, that tree is dead. Slow death but sure.

I go crazy driving around to see that my neighbors have created BERMS of soil burying the bottom of the trunk of trees up 4 or 5 '...took a year or two but they are D E A D.

My advice is to pull those timbers out away from the bottom of the tree and rake that mulch and soil back off of this 'flare'. All trees and shrubs planted in a lawn should have a 'tree circle or a tree square'. Larger than the wood frame you've made. I'd go out at least 6 feet in radius. No plants at all should be grown withing this ring or square. Just a thin layer of pea gravel or crushed gravel without landscape fabric is enough. Just not touching any of the tree and bark. A little larger radius and you could make an informal patio with a chair or two. Maintain the edge to stay crisp and defined with a flat edge shovel and do not go deep enough to cut roots. Edging of lawns should be well defined using a shovel only, no brick or rocks. Between gravel walks and lawn or planting beds 2X4 edging pt or plastic dimensional lumber is indicated (go gray, you don't want to have your edging as anything someone can remember)...

Not the answer you're looking for? Browse other questions tagged trees plant-health soil planting mulch or ask your own question.

12
What is a good method for planting Ball and Burlap trees?

8
What are the pros/cons of different mulches?
12
Should I prune the lower buds of my bare-root tree that's waking up?
3
How do I encourage my tree to grow a full set of leaves again?
6
Do you uproot plants in a no dig garden with mulch
1
Lowering grade under Norway Spruce- will it be an issue?
0
How do I explore and make changes in my garden?
3
Should planting depth be adjusted for a rooted cutting?