My houseplant with no identification.

I brought this plant without a tag or any identification. This plant was way much fuller at the top. And as you can see a lot of empty space is there now. I don't know how to take care of it; however, it is growing long as you can see. But I always wondered why the top just disappeared. It was so full that you couldn't even see the dirt. I water every Saturday and let it drain completely. I don't use any fertilizer. What am I doing wrong? I need some instructions but unable to find any because I don't know the name of it. Any feedback? 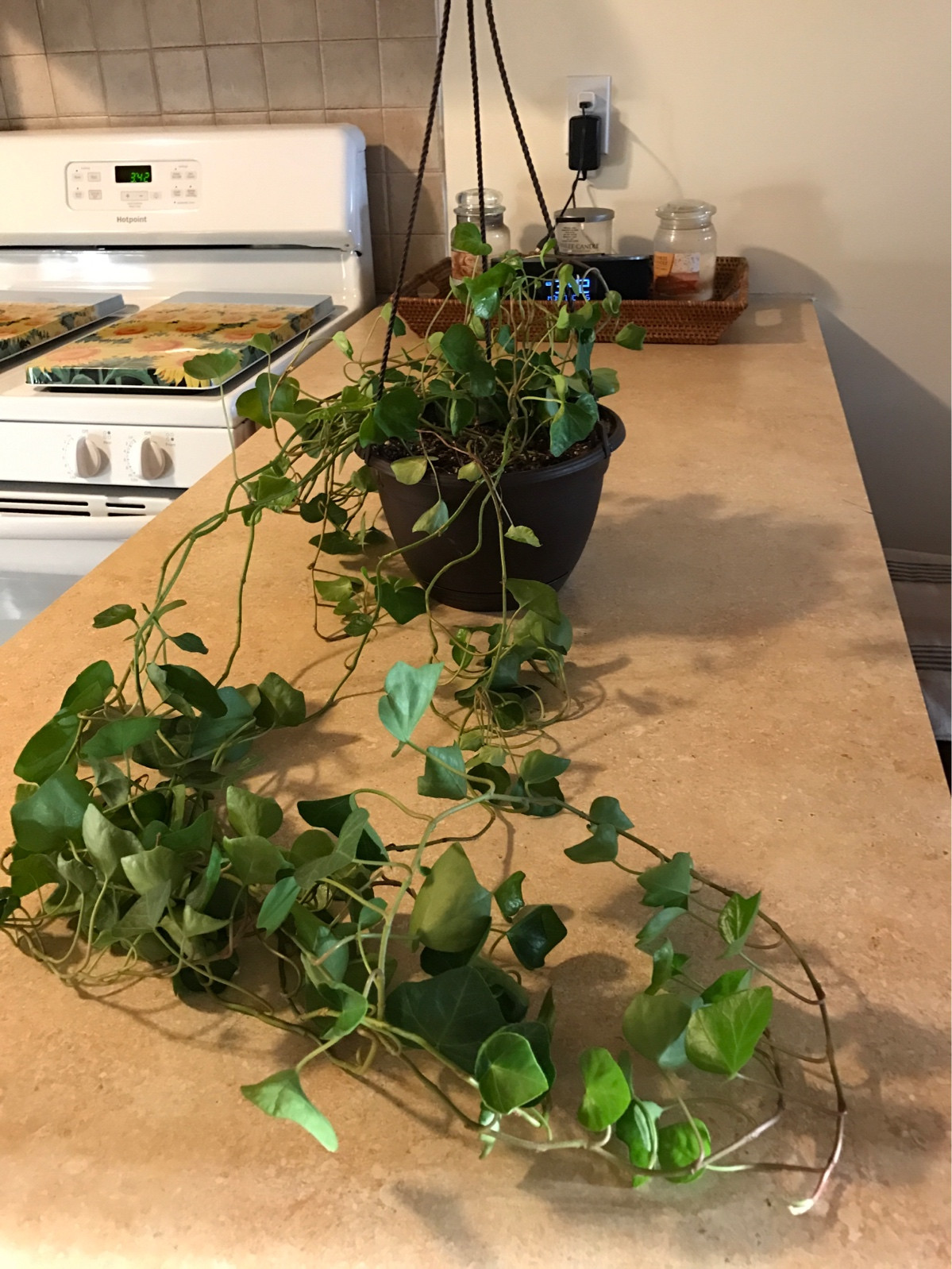 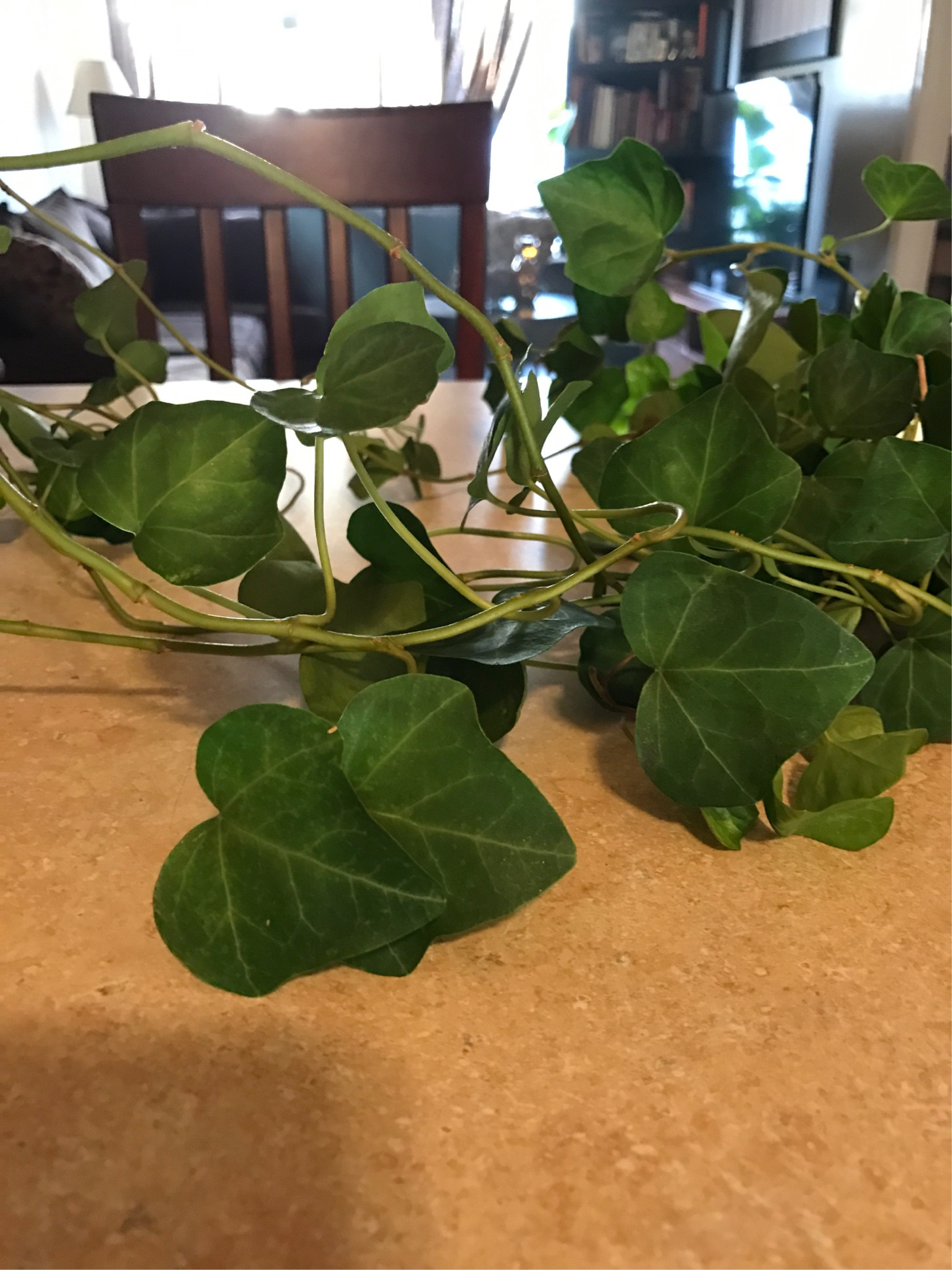 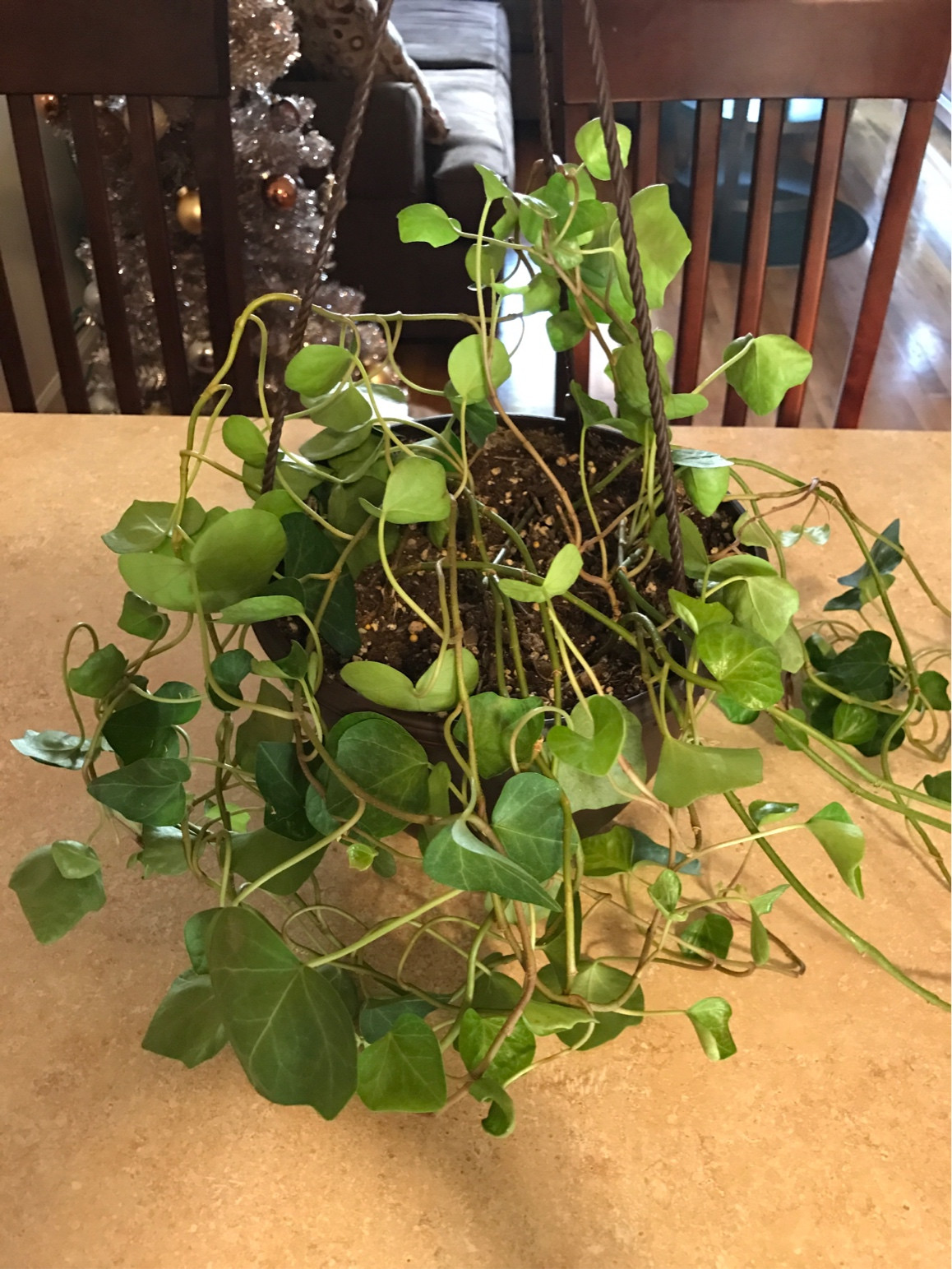 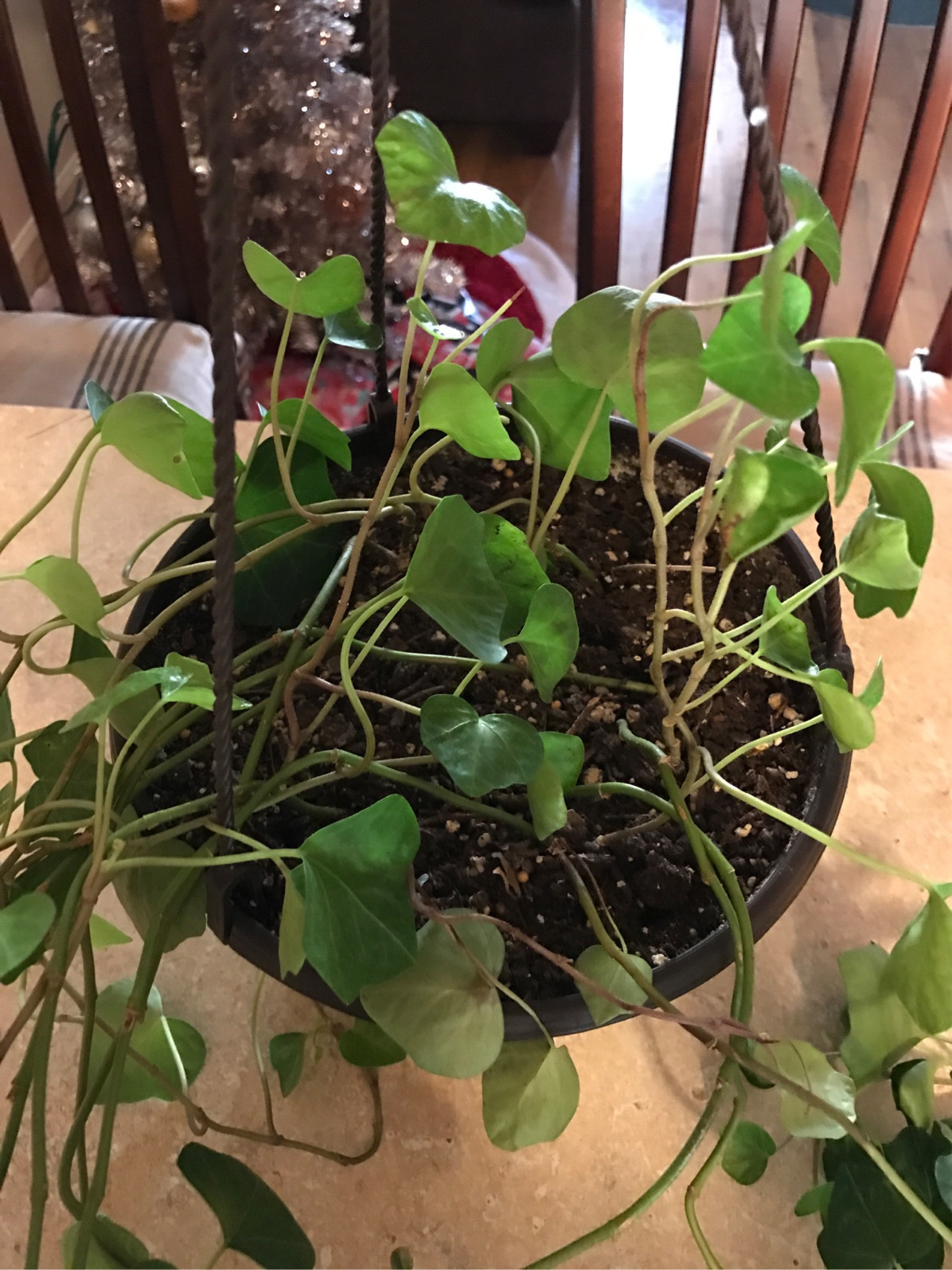 Well done for posting good pictures - at first glance, I thought it was Pothos, but it's not, it's a Hedera variety, probably H. helix of some sort; in the UK, we just call it ivy, but I think in USA its known as 'English Ivy' (though they certainly are not all English!).

It's got pretty overgrown, and probably the pot is chock full of roots by now. Turn it out of its pot to check - if its solid with roots, take a bread knife (or any sharp knife, but a breadknife is very effective) and cut the rootball in half,or alternatively, pull it apart with your fingers if you can. Now cut back all the long growths to about six inches, less if you're feeling particularly brave, just above a leaf node, clean the pot and replace one of the halves in it, surround with fresh potting soil,pressing it down gently round the roots till the pot's full, water in well, allowing excess water to drain away freely. Then put it back wherever it was before (indoors presumably) and over time, it will produce new, bushy growth. This procedure is best done in spring, but I'm not sure it can wait that long.

Dispose of the other half, or pot it up if you want another one. Ivy grows virtually anywhere, including in low light, and is tough as old boots, but it does tend to increase greatly at the root, so turning it out of its pot yearly to inspect how much it's spread is probably wise, and repeating the cutting in half as described above if necessary yearly or biennially. If its not rootbound, just cut back all the growths, and give it some houseplant fertilizer (see below).

You can make even more plants if you like - every year in May I wrench apart the rootball of any ivy that's still healthy after being used outdoors for winter planting in pots and tubs, potting up the resulting sections of root plus topgrowth separately to make 6 or 8 plants, and grow them on during summer for use in autumn planting again. And when I say I 'wrench' them apart, I mean that quite literally, so that's how tough they are.

As for care ongoing, you can certainly use some houseplant food (Baby Bio will be fine, if its available there) if you like, from spring through to midsummer - other than being possibly rootbound though, it doesn't look unhealthy, but if its hung up fairly high with no direct daylight above it, then it will tend to produce more growth outward and down rather than up top.

13
What is this long-rooted vine in my yard?
4
Houseplant Identification
2
How should I take care of my new Areca Palm?
3
Does this orchid have a viable stem? If not, will it grow one if transplanted to a larger pot?
10
What are these long, mostly translucent worms in my potted trees?
12
Help to identify this plant please!
7
What's wrong with this Pilea Pepermoides?
3
What is this succulent with a tall flower spike with green pods in the UK?
2
Granny's Maranta Leuconeura (prayer plant) is dying. PLEASE HELP!