What is this plant? I've had it since September, it was given to me by a teacher as a project. I think it might be jade, but shouldn't it have woody stems? 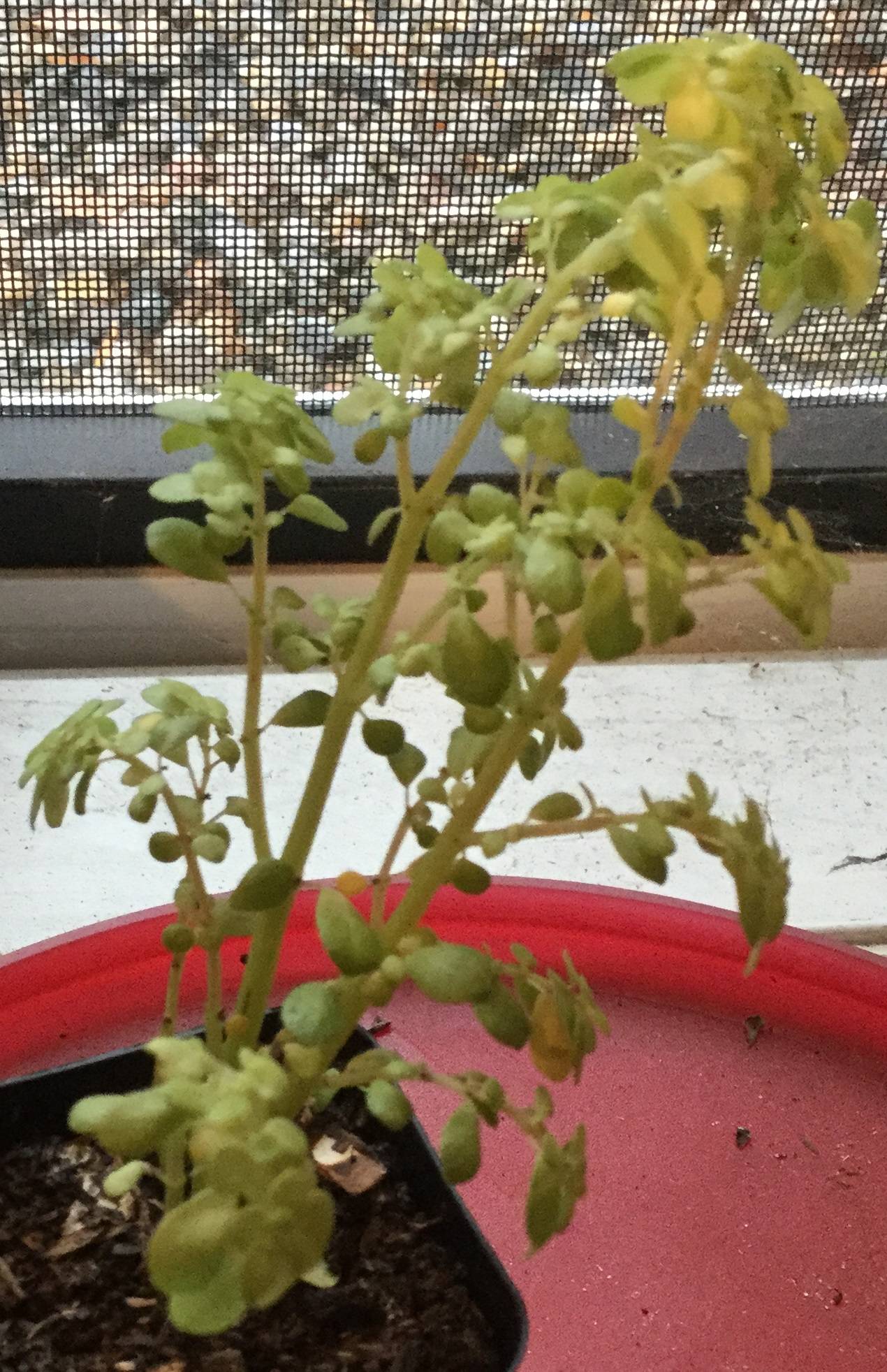 Well it does resemble a very poorly Crassula ovata, or Jade plant, if the leaves are quite fleshy - it should be dark green and more leafy, but this one is etiolated, pale and just about holding onto life, so it looks as if its been growing somewhere with insufficient light for a significant amount of time. You need to find somewhere else that's much brighter for it to stand, but initially, avoid direct sunlight - its not even used to normal daylight, and won't cope with direct sun in its current condition. Depending on how long the plant's been in the same pot, it may be time for some fresh potting compost and a slightly larger pot, so turn it out of its pot to check whether it is actually rootbound. If its not, then don't use a new pot. I'm assuming the small and weak leaves are caused simply by being grown in dark conditions, but if it's never been given any fertilizer, and it's been around for a while, it may need feeding. Hard to say how old it is, can't tell from its growth, but perhaps you know. Care information here http://www.houseplantsexpert.com/jade-plant.html