What's happening to my cactus? Why is the base of the cactus drying?

The base of my cactus seems to be drying. I water it once a week. I bought it 3mos. ago. Just recently, I have seen some whitening at the base of the cactus. It was small at first but it grows bigger and bigger. I dont know what to do since it is my first cactus. 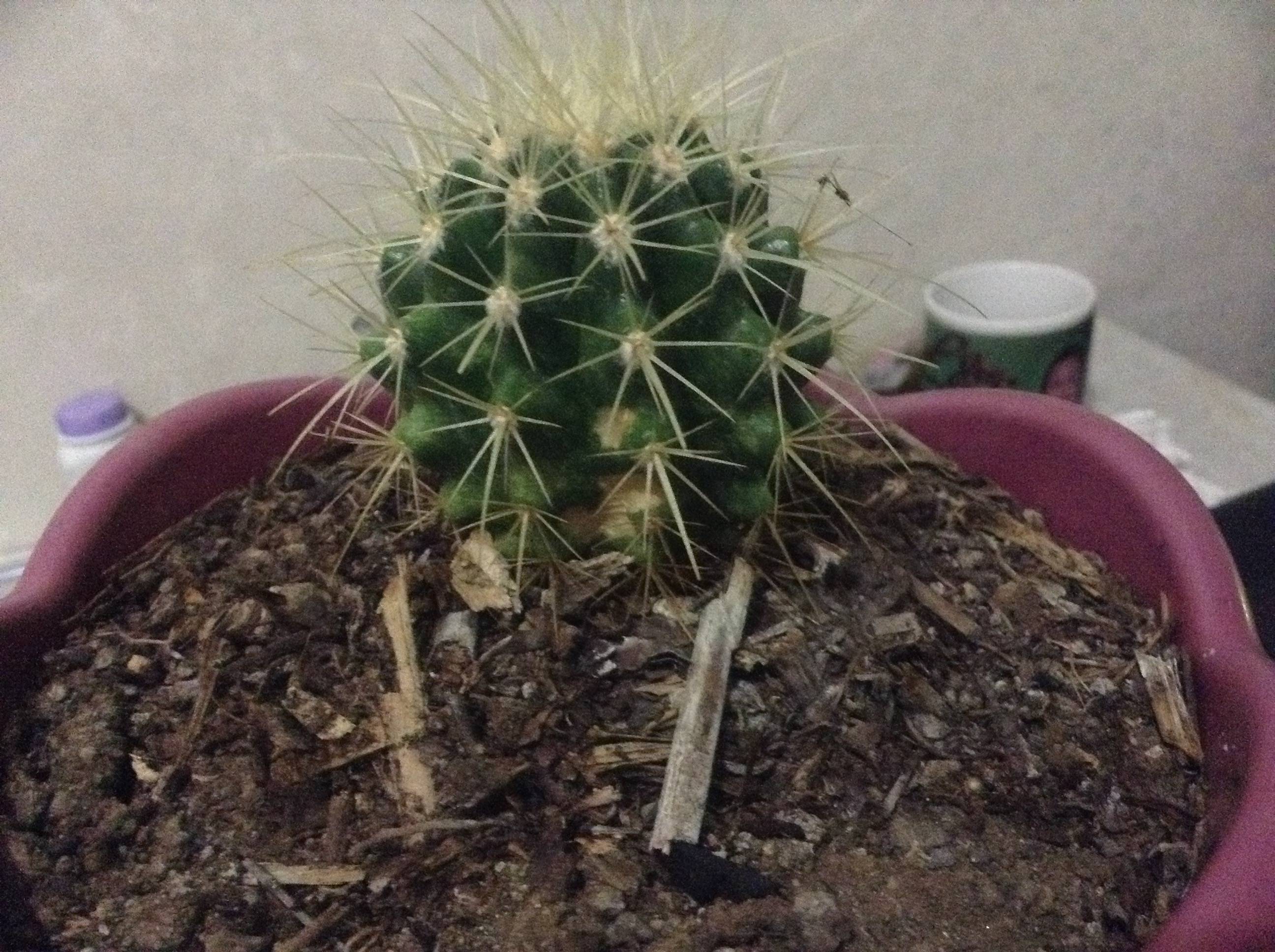 immediately when the sun is starting to feel so hot or when the clock ticks 10am. Please help me.

What's happening to my cactus? Why is the base of the cactus drying?

I can see the whitened areas you're talking about, but it's hard to tell whether they're soft and soggy or quite dry - they may actually be corky areas, because they're more yellowish white than white. Damage from insects in the soil can cause that, but that said, watering once a week is probably too often, especially if you're in the northern hemisphere and winter approaches - watering should be significantly reduced during winter, just a little occasionally to stop it from shrivelling really. From late spring through summer, increase watering, but once a week might still be too often - feeling the surface of the compost is one way to see how dry it is, but its better to underwater than overwater - if you see it shrivelling a bit, then increase watering.

Moving it into sunlight outdoors and then back indoors again isn't a good idea - find a position for it where it gets maximum light indoors, preferably with some sun if possible, especially during winter. Needs average temperatures most of the year, but cooler in winter, between 50 to 55 deg F is ideal.

Rot from overly wet conditions usually shows as black or dark discoloured areas, but certainly, it looks as if the cactus is in much too large a pot for its size, and the soil appears to have quite a lot of debris in it. I suggest you remove it from that pot, and repot into a smaller container no wider than half an inch bigger at a maximum all round the size of the cactus, using good potting compost or even cactus soil if you can get it, replanting in such a way that the base of the cactus is just slightly above the soil level. Water in lightly. The other thing to do is get some small chippings or gravel and add a thin layer of these on the top, around the cactus, to prevent wet soil being in contact with its upper parts. While you're in the process of doing this, inspect the cactus thoroughly, to make sure there's no infestation of something like spider mite - if the spines are sharp (and they likely are) you will need to handle the plant wearing gloves.

If the plant recovers, you'll probably find those whitened areas will become more obviously corky - there's nothing you can do about that, any time damage occurs to a cactus, a corky, scab like area is the result.

Does this pot have drainage? When you water do you soak the soil? You should water even less frequently and only wet the soil around the roots not all of the soil in this pot. What is the drainage situation? Do you have rocks/gravel beneath that soil? This guy needs lots of heat, light and frequent shallow watering. Which is completely opposite from care of most plants.

Is this pot a bucket? A bucket of soil is way too big for this size of a plant especially a cactus. You need a shallow pot (3-4" high) and no more than 3-4" wide. All potting soil. No rocks at the bottom! Easy on the water. For cactus I never water so much I see water coming out of the drainage hole. Get a CLAY pot, it breathes better, best for cactus! Purchase distilled or bottled water instead of using tap...unless you are on a well of your own.

Need to see a picture of the plant and its pot. Too small plant to too big of a pot is a big deal needing special watering practices. I just can't tell if this is a problem from your picture. Your cactus looks healthy and I don't see the problem you are talking about at the base of this guy.

You might just be seeing 'aging' of this cactus, or rather a very natural event.

5
Why has my cactus has turned red/ beige at its base?
7
What is this white crust forming on my cactus during the growing months?
3
Germinating succulent seeds
8
Help is my cactus is dying, can it be saved
1
Cactus spines turning yellow?
2
Why is this cactus plant turning yellow at the base?
2
How should I proceed with this cacti
1
Old cactus Browning at base
2
Cactus turning yellow from the base