Help! My Song of India (Dracaena reflexa) plant is dying!

Few weeks ago (probably 2-3), I was re-potting some of my plants. One of the patients was Song of India. The other two plants had severe root bounding. After re-potting them successfully, I started working on the Song of India. I tried the slow and tedious approach. It would take some time to explain how the plant got into that serious situation, but it will extend the question if needed (I will post it if anyone is curious). I had to re-pot as the previous pot was ugly, and I got this as an Indoor plant.

In a nutshell, the roots broke off or came off, I don't know. But the plant has absolutely no roots(at the time of re-potting). Like, 9/10 roots came/broke off, including the main root. Now the plant is dying, obviously. It has lost almost all of its leaves. 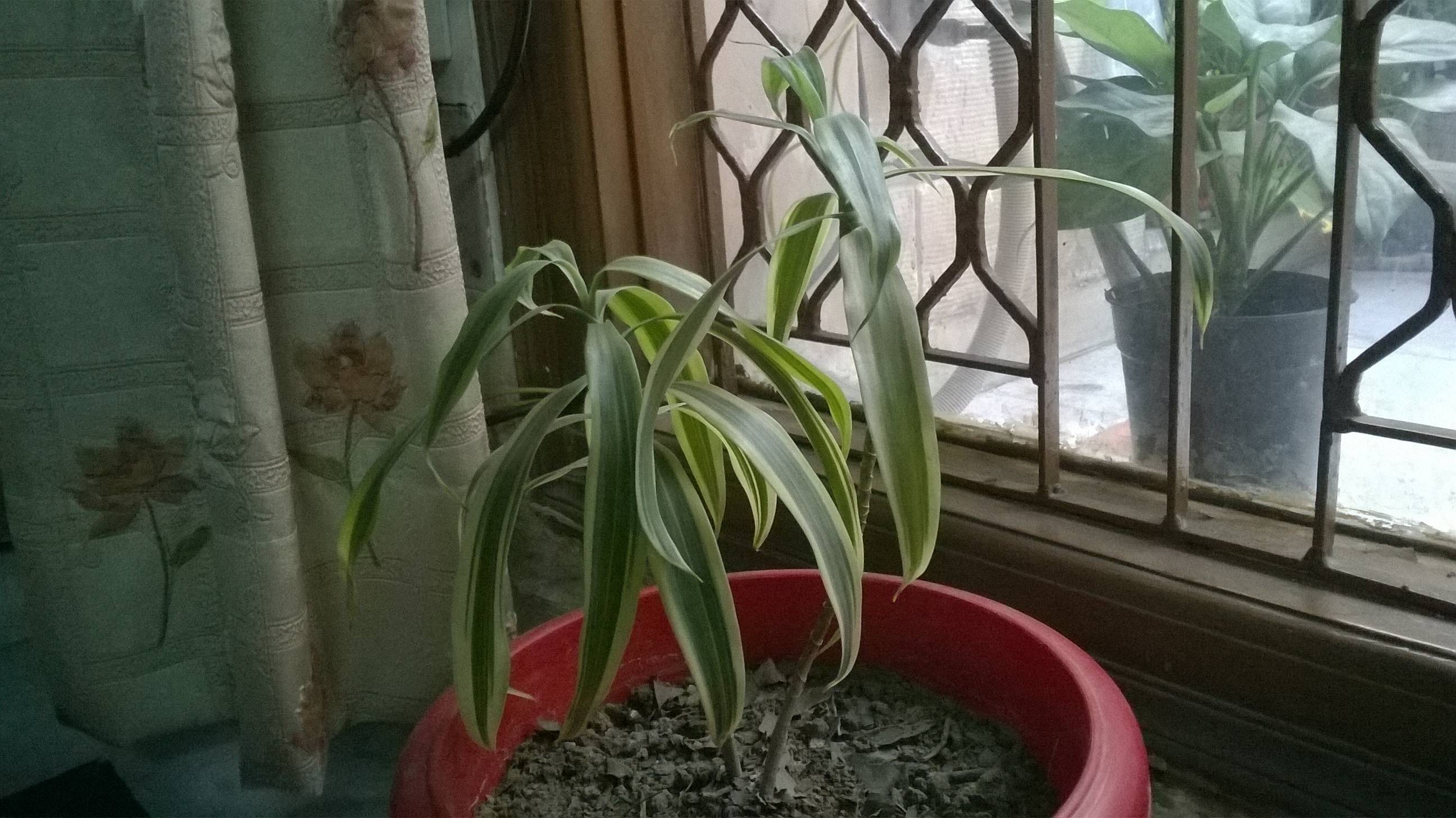 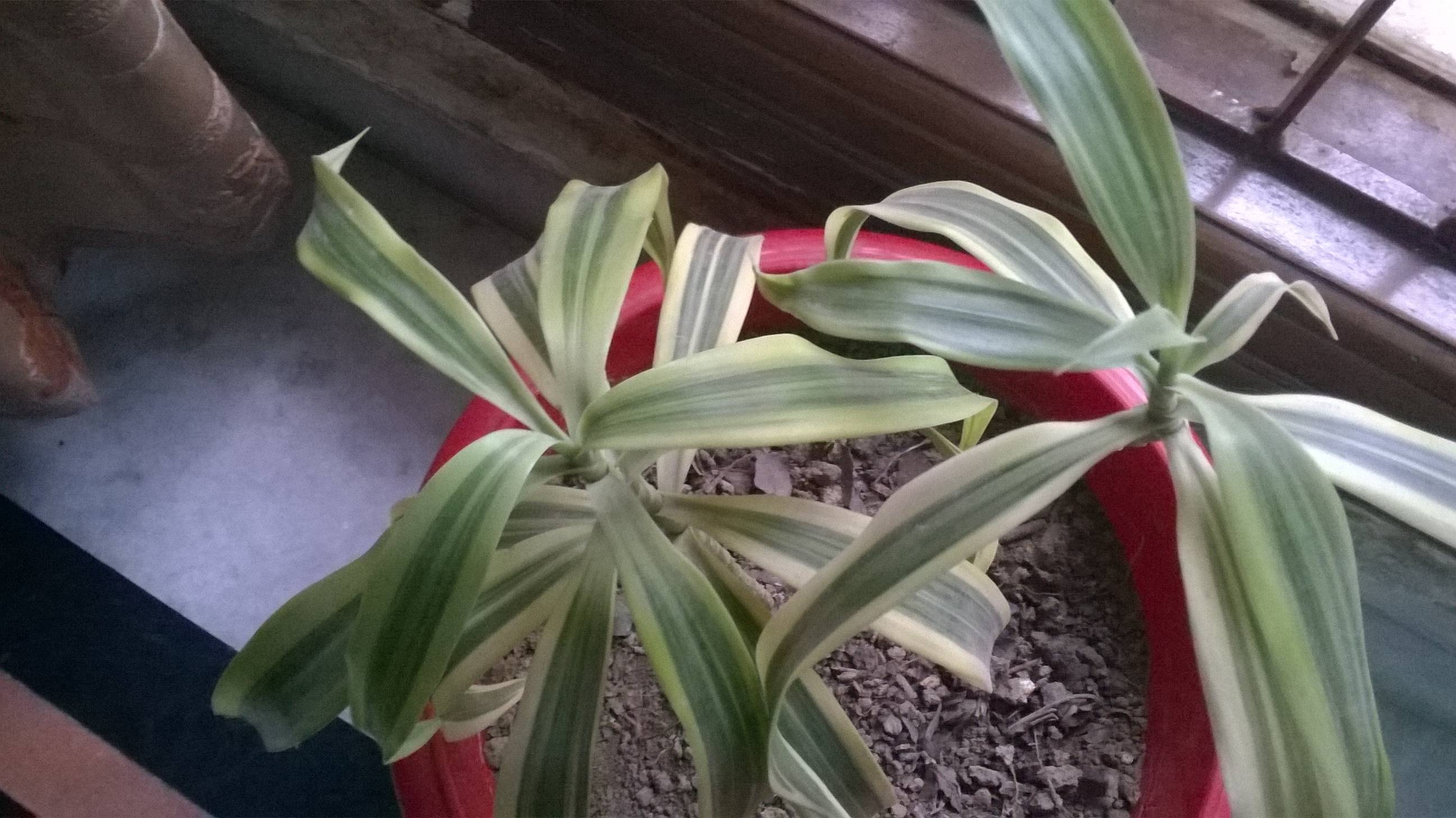 The right stem lost most of its leaves. I am thinking of cutting the right stem completely to make new buds appear if this plant survives. But I'm not sure if this is a correct decision.

Or should I cut off both the stems? But then there will be no leaf for photosynthesis. Or should I clip the leaf? If yes, how much? and on all leaves?

What should I do? It's Winter here. Not too cold, but it will get too cold in coming months. Living in New Delhi.

If it has no roots at all, then it cannot support any topgrowth, which is why its all dying back. At this stage, without roots, photosynthesis for the leaves is not something that's necessary in any way, the critical thing is to get the cane to generate new roots. Remove the top growth completely, leaving just the woody 'cane' like parts of the plant, cutting at an angle to allow any possible rain to run off - with luck, it may generate new roots for itself - or it may not, but that's where you want the cane to divert its attention, rather than hanging onto topgrowth which cannot possibly survive.

If it puts out new roots, you will know, because it will start producing green shoots, most likely from the original cane somewhere (usually off to one side near the top), or from below the soil level. In the meantime, don't let the potting medium completely dry out, but water sparingly to try to prevent the cane from rotting. It may be more successful if you can keep the plant warm, at not less than 60 deg F.

Not the answer you're looking for? Browse other questions tagged houseplants plant-health plant-care repotting dracaena or ask your own question.

5
Should I wait more, or cut this useless stem?

6
Will my avocado plant grow after the top has broken off?
5
Song of India(Dracaena Reflexa) getting yellow-brown leaves
3
ZZ Plant in ICU. Root rot due to water. Need help quickly
5
Should I wait more, or cut this useless stem?
4
My Dracaena reflexa (Song of India) is dying. Help!
6
What is the white residue spreading across my dracaena and how do I treat it?
0
My Dracaena Fragrans Might Be Dying PLEASE help
3
The leaves on my succulent are getting brown and mushy - help!