Why are these leaves white on my plum seedling?

What in the world are these? This is my plum seedling and he is pretty small, but all of his other leaves are large and green. However, he hasn't grown any proper leaves in a while, and all he's putting out are these white ones all clumped up. It looks like a flower but it isn't (and also it makes no sense given his age). What's going on?

He is on a south-facing window, so I think he get enough sun. I have other plants on that window and they don't seem to be suffering. I water it when it gets dry to the touch. Could that be the issue? Do plums need more water? Is the soil type wrong maybe? This is just generic indoor plant soil.

I live in Canada. 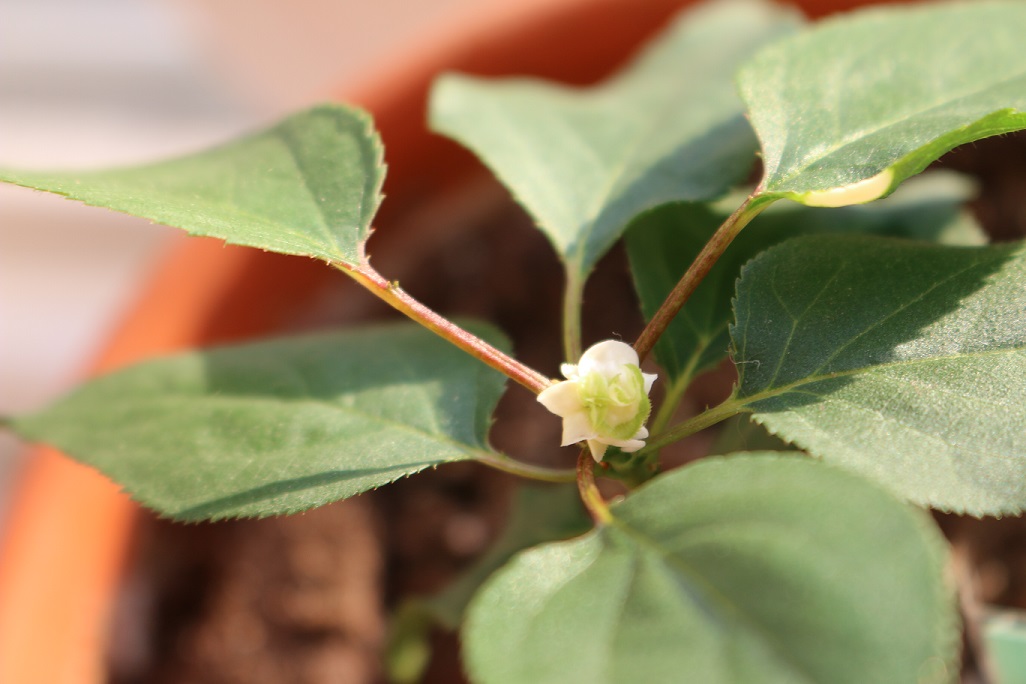 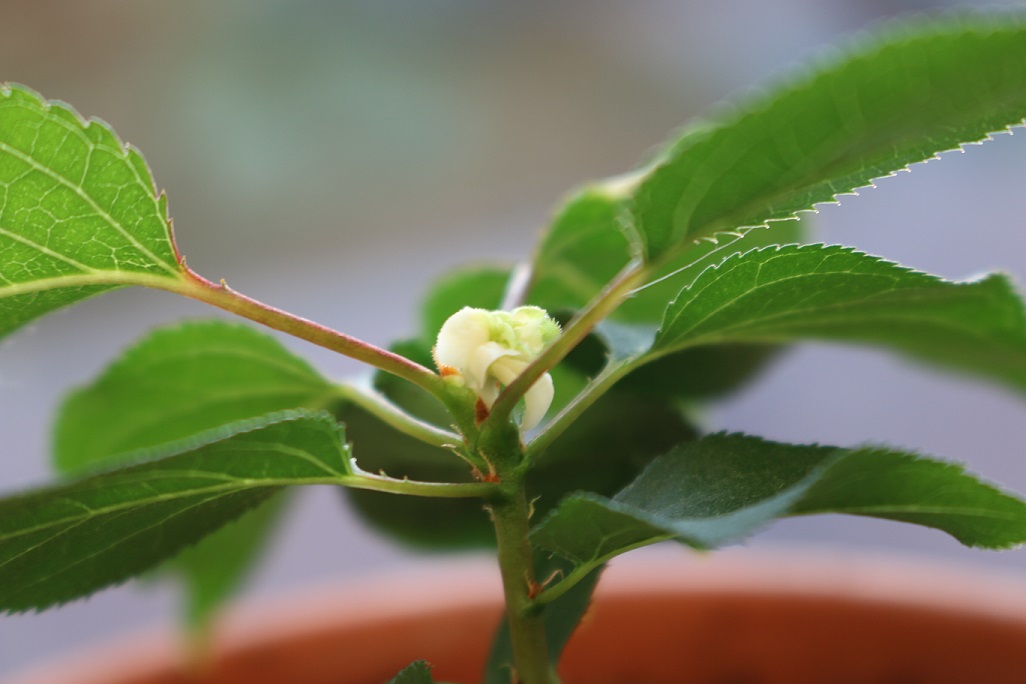 White leaves on plants usually occurs because of cold - you say its been unseasonably warm, but have you had no cold nights at all? A windowsill can be a chilly place to be overnight...

Otherwise, get a magnifying glass and uncurl the leaves as gently as possible, inspecting closely, in case it's been invaded by plum aphid - they're smaller than other aphids and thus, harder to see. That would explain the curling.

If there's no insect invasion, it could be some fasciation occuring on the new leaves - this is sometimes just a genetic blip, or a result of injury of some sort (insects, extremes of temperature, physical damage and so on). Were it fasciation, I'd normally suggest you remove that growth, but in this case, its at the growing tip... even so, I think it will need to be nipped off. The other possibility is virus, but you'd see increasing problems with growth, particularly new growth, as time goes by.

I'm guessing its indoors because its a small seedling, but, as you know, plum trees do much better outdoors - indoors,it won't be able to go through the usual dormant phase in winter, post losing its leaves. I'm not sure how bad your winters get,but hardening it off and keeping outdoors in something like a cold frame to stop the pot freezing would be better for it.

Not the answer you're looking for? Browse other questions tagged leaves seedlings growth plums or ask your own question.

4
How soon can I start training or pruning a seedling?
4
What are these white spots and wilting leaves on my cucumber seedling transplants?
7
Cucumber leaves turning white, dying, with yellowish powder
3
What are these red marks on the leaves of my pelargoniums?
3
Why are my Dracaena Fragrans leaves browning from the base?
7
Orange seedling leaf browning, curling, slowed growth? Please help!
1
Plum tree - No leaves
1
Carpinus leaves brown and shrivelled