What are these barely visible white spots and brown edges on my citrus plant?

I have a citrus plant and something else growing in a pot. The something else had some barely visible white mold-like spots for a few months, and now its and the nearby citrus plant's leaves are starting to get dead spots. I have another citrus plant in another pot but it doesn't have any white or dead spots like that. What are they? How can I treat them?

Two citrus stems(?) and one unidentified plant stem are growing in the same pot, and the other pot has only one, bushier citrus plant with no problems like that. The white spots are only now starting to appear bigger and more numerous on the unidentified plant. The brown dead spots on the citrus plant have only started appearing from about a month ago. I replanted and moved the pots since then. The white mold-like spots used to be only on the unidentified plant's one leaf, and now it's on its every leaf, and the citrus leaves near it are starting to look bad for some (possibly same) reason. Both in a pot, grown from seeds, inside on the window sill.

I recently repotted them both to get more soil under the roots which were accumulating on the lowest parts of the pots, and before both pots were regularly watered to the point where thick layer of moss (~1cm from root to top of the mossy mass) grew on about half the surface of both pots. I've removed moss when repotting. If it was that, I guess both plants would be affected the same, but they're not.

Last week I moved both plants on the window sill where lack of light (as opposed to being on the balcony in the warm months) and central heating radiator is causing a big temperature change, some leaves to drop quicker than they normally would. Again, only one of two pots is affected very noticeably.

Photos of the unidentified plant, its white spots and dead spots: 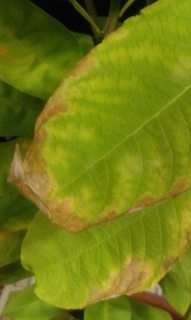 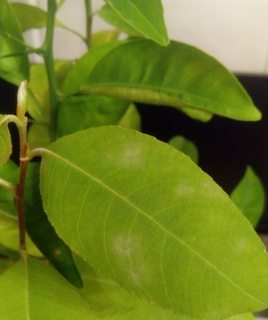 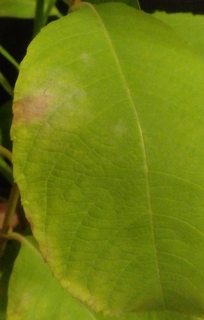 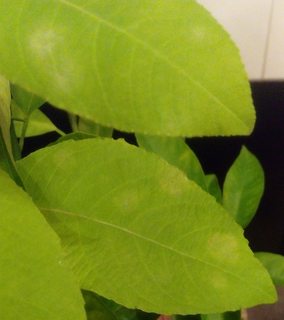 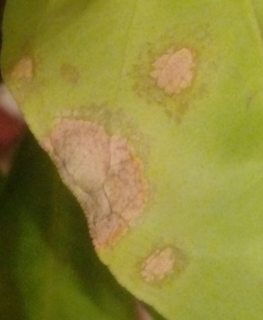 Photos of the citrus plant: 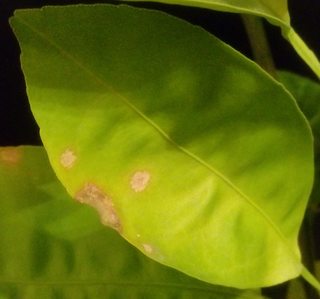 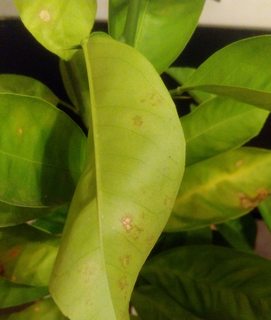 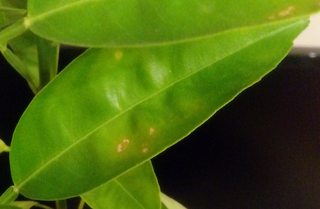 And the overview of pots (affected and unaffected respectively): 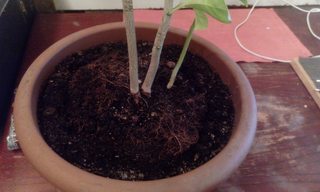 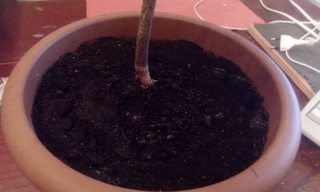 You can see the outline of the old soil in the affected pot surrounded by new soil. The other pot is in the same position, but has soil on top to cover it up, so it's not visible.

2
Just transplated Zucchini and bean outside and noticing some white spots on leaves and brown stems
5
What is causing white spots and wilting on my Black Naga leaves?
6
Why are my tomato leaves turning yellow, with brown spots?
1
Albino citrus seedling? and 1 year old grapefruit plant
2
How can I trick plants into thinking there's more space in the pot so they grow larger?
2
How can I tell which citrus plant it is from their leaves?
4
This basil plant has strange spots (almost shiny?) and I can't figure them out
0
What is this white web-like, mold-like thing on the plant
3
What is causing large white spots on my sweet basil seedling's leaves, and can the plant be saved?
1
Why does my dragon tree have white spots and brown leaves?